Hide AdsLoginSign Up
MyAnimeList.net
Can you predict the anime of the season? Register your team before October 2.
Anime & Manga News
Top
>
News
>
Actress and Seiyuu Mika Kikuch... 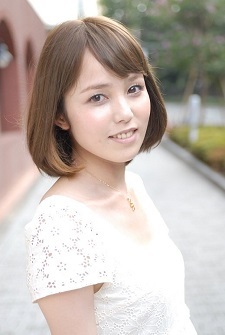 Actress and Seiyuu Mika Kikuchi has announced on her Twitter account that she will re-marry this fall. Her spouse is fellow actor Tomokazu Yoshida. Yoshida was Deka Break while Kikuchi was Deka Pink in Sentai series Dekaranger. Kikuchi mentioned that she started to go out with him a year ago because of TV Asahi Drama Kasouken no Onna. She will support Yoshida, who will retire and aim to become an acupuncturist, while continue on her work.

Kikuchi debuted as Janet in Musical Annie in 2000, and became a Ranger series actress with Deka Pink in Dekaranger in 2005. Her first seiyuu job was both black and white Mokona from the Tsubasa franchise. She also voiced Monami Suzuki from Capeta, Arika Yumemiya from the Mai-Hime series, Rinka Himeji from Yankee-kun na Yamada-kun to Megane-chan to Majo, and more. Her latest seiyuu role was Liza from Last Period: Owarinaki Rasen no Monogatari. At first, she was married to Yuuji Kishi, who was Red Razer in Car Ranger as well as seiyuu, in 2009, but divorced in 2011.

deg said:
love is not forever

It can be if you really try.

love is not forever

Hmm... Well, g'gratulation for her. Let's hope that this time with the marriage works.