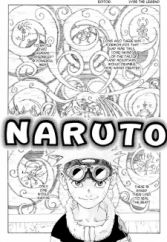 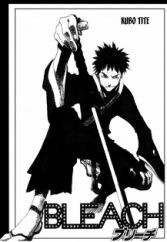 Since childhood, seeing ghosts has been a part of Ichigo Kurosaki's ordinary life. However, things go awry when he and his spectral attachments get caught in a fight between Soul Reaper Rukia Kuchiki and a Hollow. As Ichigo learns, Soul Reapers are spiritual beings assigned to safely guide the dead to Soul Society, whereas Hollows are corrupt spirits that prey on innocent souls. Though Rukia manages to defeat her opponent and keep everyone else out of harm, she exhausts her powers in the process. No longer capable of performing her duties, she resorts to forcing Ichigo to become her substitute until she recovers. Despite Rukia's abrasive behavior, Ichigo handles his new routine with ease. But when he is tasked with sending one of his classmates to Soul Society, Ichigo gains a compelling outlook on the afterlife. [Written by MAL Rewrite] 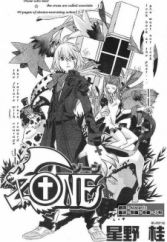 The grotesque Millennium Earl is an enemy of all of humanity. His greatest weapons are vile machines known as "Akuma," whose creation is made possible by the human emotions of despair and longing. Those who can purge Akuma from the world are known as Exorcists. One such Exorcist is a girl named Robin, whose odd appearance mismatches her sheepish personality. Long ago, she lost someone important to her, which now serves as her driving motivation. After washing up on the shores of Osaka, Robin comes across a girl named Lenalee, who yearns for the lover she had lost at sea years ago. These feelings of longing catch the attention of the Millennium Earl, who has likely found his next victim... [Written by MAL Rewrite] 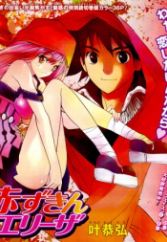 Eliza's grandmother constantly destroys any approaching suitor before Eliza gets the chance to talk to any of them. Will this be her chance when she's alone and finds a cute boy in the forest with his pet... worm? (Source: One Manga) 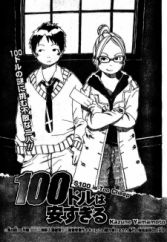 Petey is a bounty hunter in a time and place full of bounty hunters. The criminals are outnumbered by the bounty hunters and whenever a wanted poster is posted, it doesn't stay up for long. Except for one... there's one wanted posted with a negative bounty and no one wants to catch this criminal. But Petey is curious and she seeks the help of a mystery solver... (Source: MU)

Kanojo to Natsu to Boku 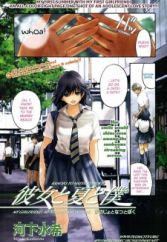 Kanojo to Natsu to Boku

A young boy goes on a date to the beach with his senpai. (Source: MU) 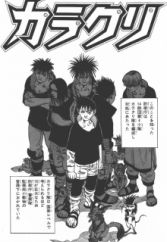 In order to combat a deadly virus, an implant was made that is transplanted into a human being's nervous system. Unfortunately, this implant technology was also used by the less scrupulous to create human weapons, blood-red eyed creatures referred to as "Roido." To cope with this threat the defense agency has created the Karakuri unit, an elite unit whose human members are monitored by small talking animals. As Kiru the karakuri goes to visit his friends Koten and Koron while on leave, he's going to learn that there are no days off against the Roido! (source: MU) 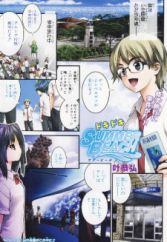 During his free time in Okinawa, Ken is suddenly forced to couple up with a girl. (Source: MU) 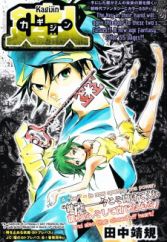 To be free like a swallow out of its bird cage, that’s what Tsubame sees in his eyes. In the East Asian Desert, #13 Salvage Camp, Tsubame works as a metal scrap collector as he tries to earn enough money to travel on his own, like a free swallow. But one day a girl was found buried inside sand and she has a key hole on her wrist, the symbol of a Kagijin, one who posses demonic powers that can withstand that of an army. The empire who kept her as a slave arrives to retrieve her, however Tsubame refuses to hand her over and promises her that he will free her. How will he do so? And what significance is there to the key that hangs around his monkey's neck? Read and find out! (Source: MangaHelpers) 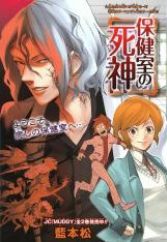 Hadesu Sensei is no ordinary middle school nurse. In fact, many students believe he is a shinigami. His excessive friendliness and eagerness to win his students' affection does little to offset his terrifying appearance. But, fortunately for this middle school, Hadesu Sensei is an expert at extracting "byouma", demons of disease, from possessed students! 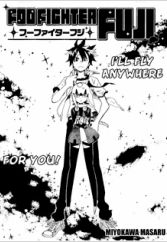 16 year old Gizagaki Fuji always had a temper and hated the idea of romance. A shooting star suddenly crashed into him and now he's become an alien's spaceship?! (Source: MU) 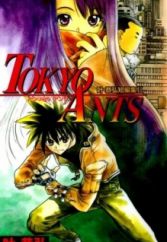 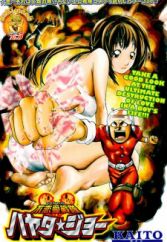 Hey you! Ugly boy!Are you feeling the pain of being unattractive? Did you get rejected by the girl you like? Did she not even noticed your existence? Well, fear not! Anti Love Sentai is here for you!!! (Source: Aku Tenshi) 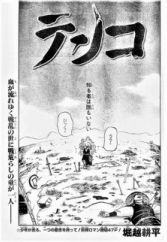 An orphan boy with a tragic past endeavors to destroy all swords during war time in feudal Japan. 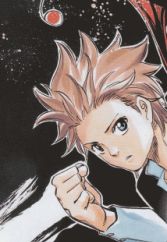 Another Earth has been discovered by an astrologer in the US, giving it the name "Jamais Vu". That Earth is soon discovered to be a group of aliens, going around the galaxy before arriving in the actual Earth to kill people and appear like them. (Source: MU) 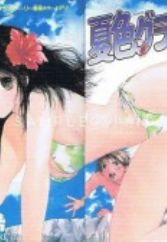 It's about Kouichi's early love with this girl 5 years in his past. And he kept the picture they had taken together all these years. (Source: MU) 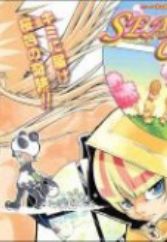 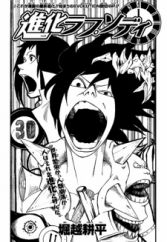 One day, out of the blue, humans begin to undergo "evolution" sparked by their inner desires. 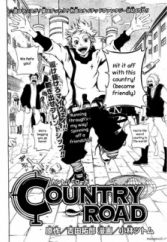 Byu York is the new ambassador for the world'S most hated country Arcty. He's come to Meeka Country to build diplomatic relations between their two countries. When he meets the princess of Meeka Country and gets caught in an terrorist attack... (Source: MU) 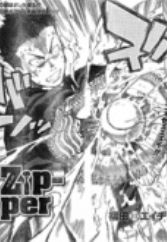 Gen's high school baseball team is in trouble when they lose their pitcher to injury. Gen, who is the catcher, finds a prospective new pitcher, Leo, playing with some neighborhood kids. But while Leo is an amazing pitcher, he refuses to join the team! After his pro-baseball-player father's career was ruined by stories of throwing a game for money, Leo decided he would never play baseball. Will Gen be able to help Leo move past his father's shame and forge his own identity as a baseball player? Source: mangahelpers