Toriko vs Goku: Who's the Big Daddy?

Toriko is an uprising star in the shounen universe, and Goku is an all-star veteran. Both are extremely fun and powerful characters, but who reigns supreme? Keep on reading to find out! 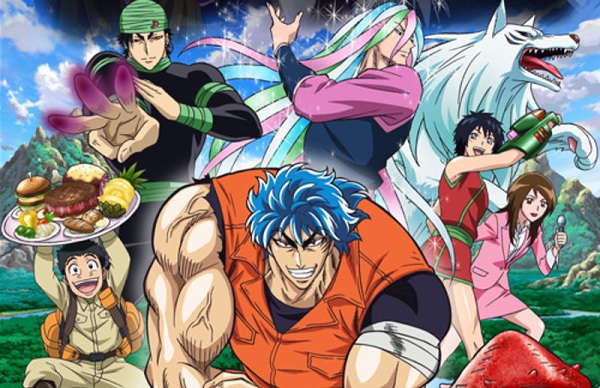 Toriko is an anime/manga series that follows the story of Toriko, a gourmet hunter who travels the world looking for the perfect full course meal. This series was created by Mitsutoshi Shimabukuro and it premiered in Weekly Shounen Jump on May 19, 2008.
The universe of Toriko is all about food; its market demands a high amount of gourmet plates made from the most bizarre or extravagant plants and creatures. Therefore, the gourmet hunters adventure into dangerous regions in order to obtain the necessary ingredients for the most exquisite plates. But this is no easy task－the work of a gourmet hunter is filled with dangerous creatures and hostile environments.
Toriko is a relatively new series. Dragon Ball Z is a source of inspiration for it; keep on reading to find out more about this influence! 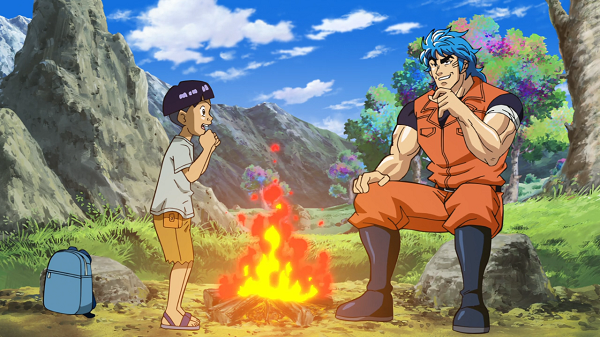 In an interview for Weekly Shounen Jump, Shimabukuro stated that if Toriko was friends with another Jump hero, it would be Goku. The influence of this character is quite clear in Toriko’s main piece of clothing, which resembles Goku’s orange Turtle School uniform. 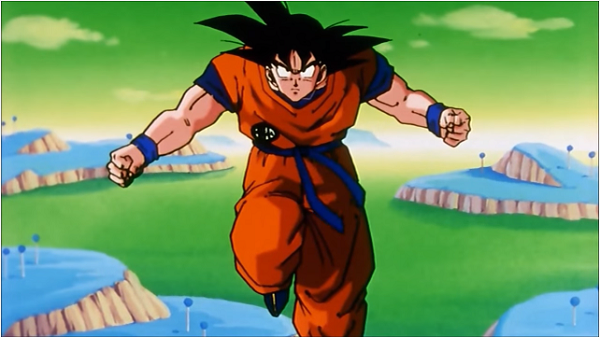 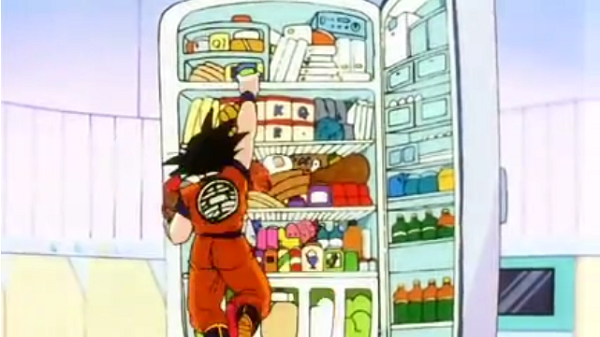 Goku has always been known for his tremendous appetite. Who can forget that trip to Namek, in which he complains about the lack of food? Throughout all the Dragon Ball series, this Saiyan is seen eating ridiculous amounts of food, surprising anyone who sees. 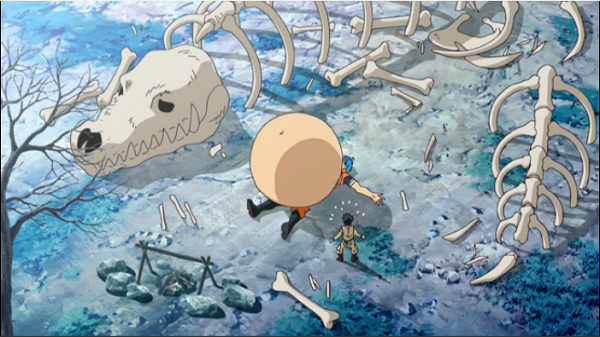 Toriko’s gluttony is a whole other level. He doesn’t eat as a reward for a training session or an intense fight, he lives to eat. Everything that Toriko does revolves around food. He becomes stronger in order to obtain more difficult meal ingredients, and he fights dangerous creatures to taste their flavor. Toriko’s whole body is made to hold absurd amounts of food; that’s why a feast for five hundred persons can only satisfy one tenth of his hunger. 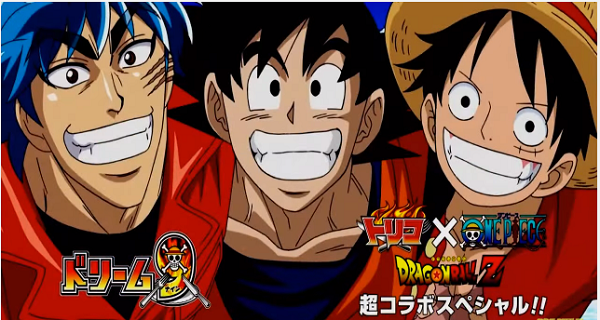 The crossover titled Dream 9 Toriko x One Piece x Dragon Ball Z Super Collaboration Special was released on April 7th, 2013. In this OVA, Toriko, Goku and Luffy (along their friends) compete to win the rare Carat Sizzled Cattle.
Not surprisingly, the Straw Hats captain and the gourmet hunter pay tribute to Goku; during a race, Toriko and Luffy climb a mountain at an equal pace and praise each other speed, but Luffy states that Goku is something else. Moreover, at the final fight between them, it takes both Luffy and Toriko’s best attacks to equal Goku’s Kamehameha. 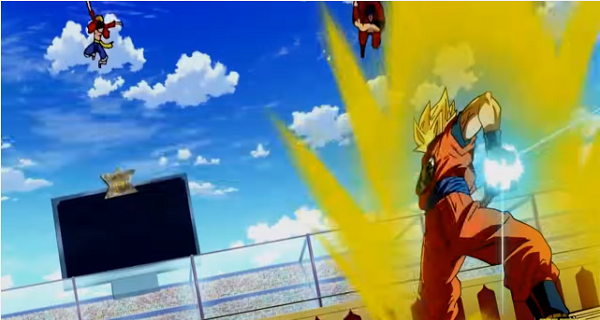 Goku is the superior predecessor of Toriko and other Jump heroes like Luffy. Even though the characters didn’t fight at their full power, the odds are on Goku’s side. Nevertheless, Toriko is one of the best heirs of the Dragon Ball Z legacy.