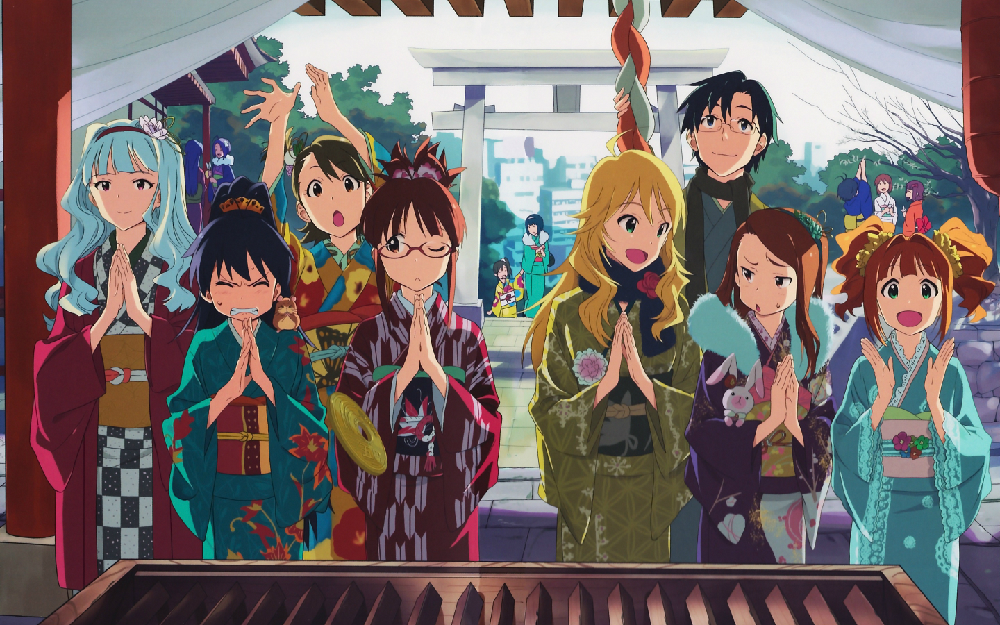 When watching almost any anime, Japanese culture will be at the forefront, whether it's school related, festival related, or folklore related. So it's not surprising to take note of what characters are wearing, particularly if they're in Japanese clothing. Why are they dressed in a hakama, or why do young women wear a furisode? Here's a guide to explain traditional Japanese dresses you've seen in anime. 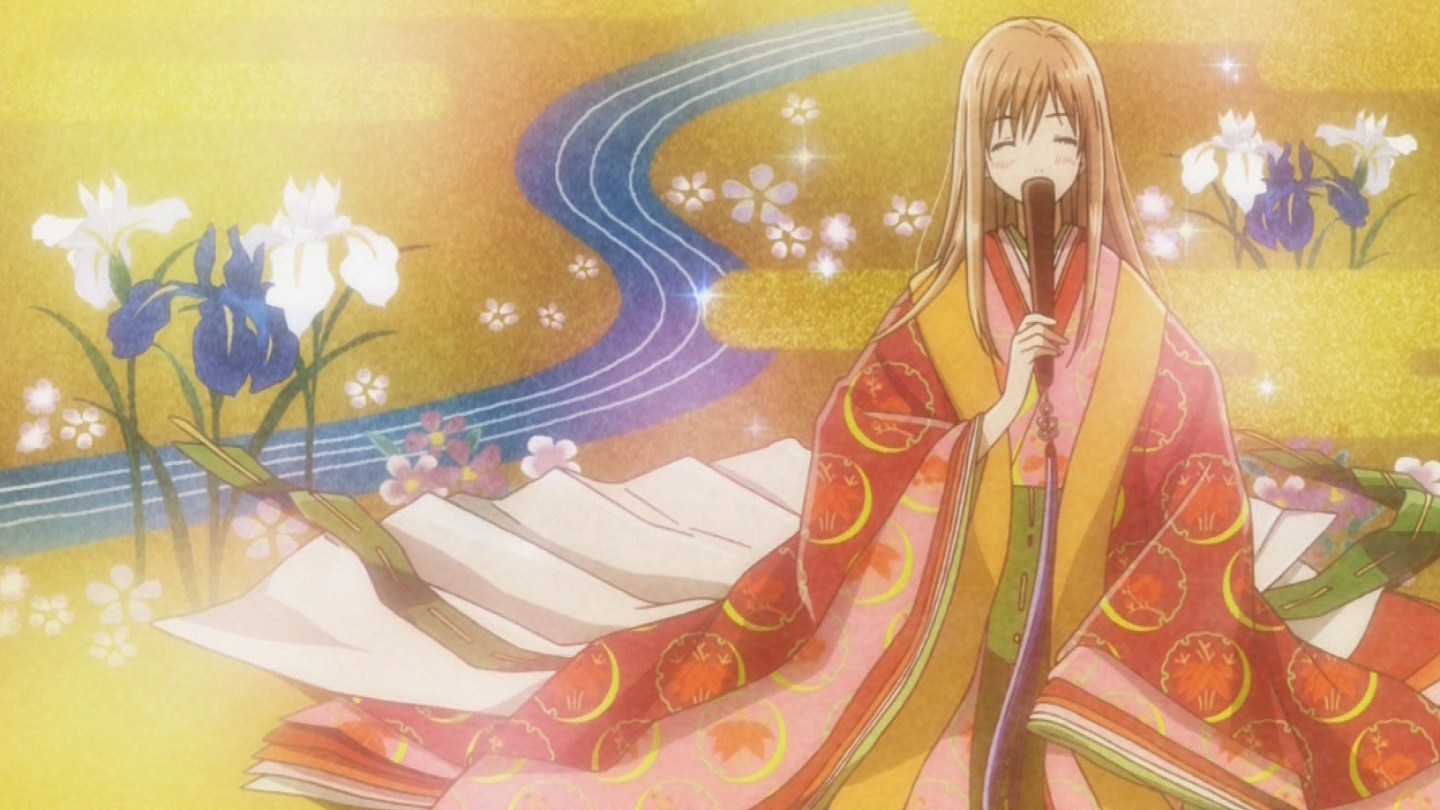 The kimono stems back into the 7th Century Asuka Period (538-710), where the arrival of Buddhism from China greatly influenced Japanese culture. It reached new heights during the Heian Period (794-1185), with different styles and ranges for the high class and the poor. Despite its usage, it didn't become regarded as Japan's national dress until the 20th Century. This is because as Western clothing came in fashion, the popularity of kimono died down in popularity twice. The first time was in the late 1800s, and the second was in the 1950s after its popularity was revived in the late 1900s. It was around that time that women started wearing more kimono than men.

Times have changed since, with men and women dressing in kimono on special occasions, whether its a specific festival or during a certain season. But like in the past, kimono are expensive. They're usually made of silk with an inner and outer layer, and are worn with two collars. The kimono is generally what you've seen in most anime, and that's not going to stop anytime soon. 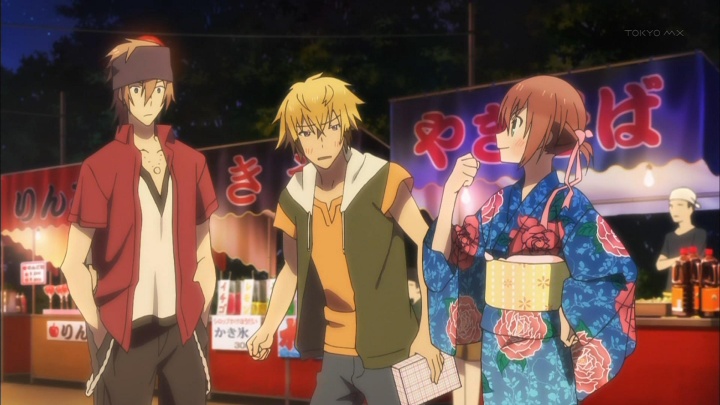 The yukata is the kimono's casual form. Typically made of cotton, they're inexpensive and generally worn by both genders during the summer. If you've watched an anime like Tokyo Ravens or Lucky☆Star, you'll see men and women wearing fashionable yukata because it's festival time. 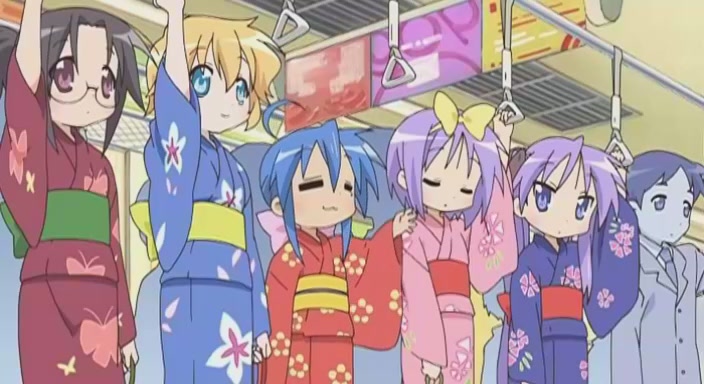 The origin of the yukata again stems from the Heian Period, where it was worn specifically after court nobles took a bath. By the Edo period, it became a popular garment to wear after being in the public bath. Even today, you wear a yukata when you go to an onsen -- specifically a ryokan yukata, where it's cheap and simple to tie on -- but aside from that, it's mostly worn during summer festivals in Japan. 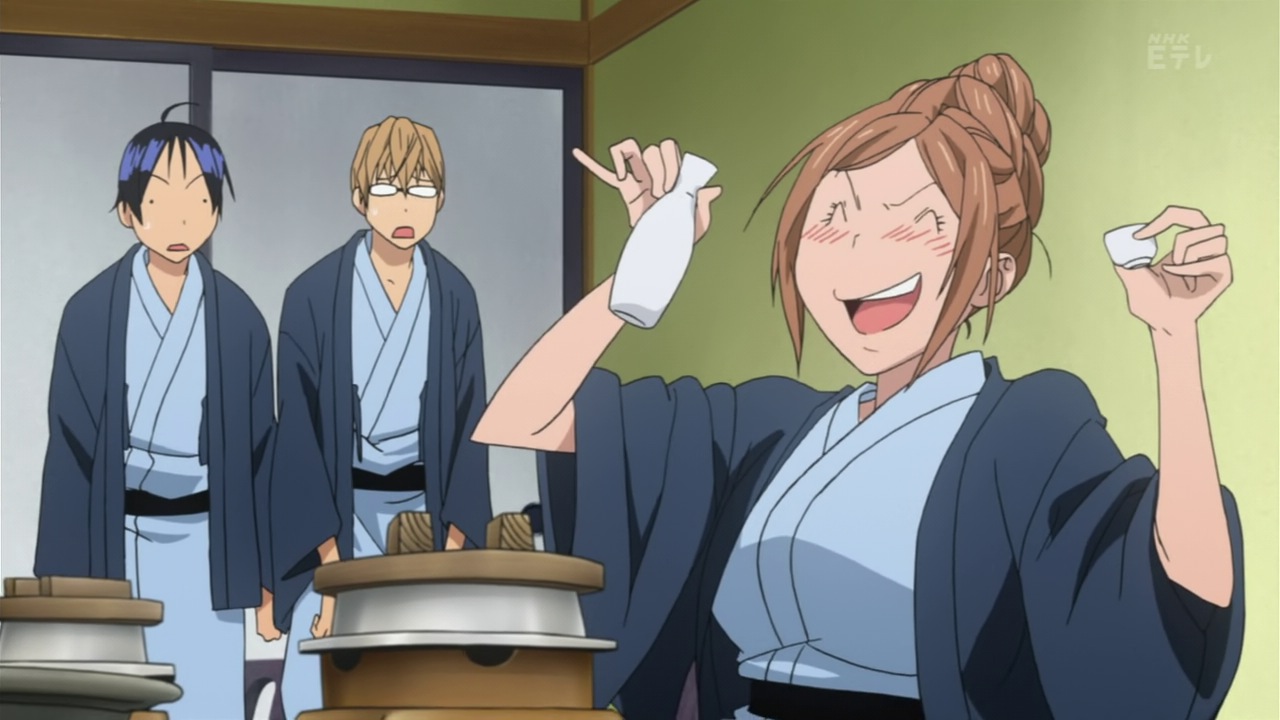 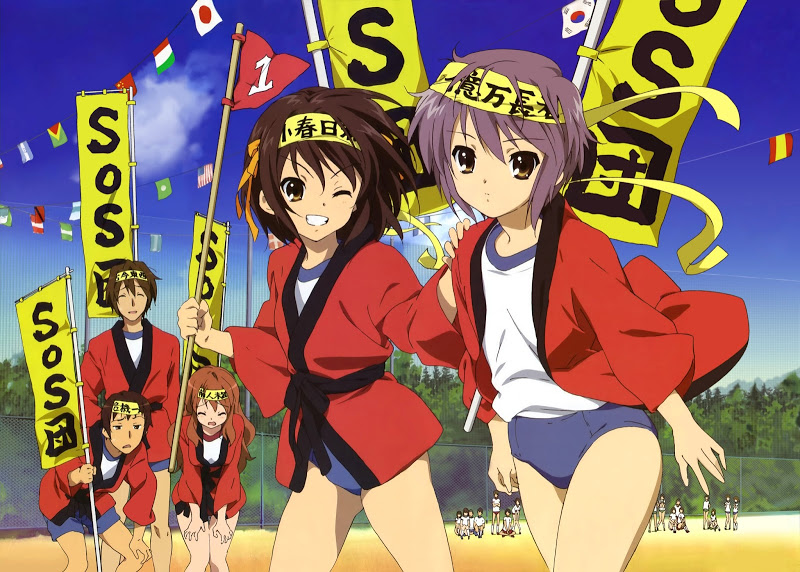 Happi are generally team uniforms. Like yukata, they're made of cotton so they're cheap, but are adorned with an emblem. You may or may have seen this type of clothing if you've watched an episode of Haruhi Suzumiya. If you watched an episode of Gintama, you'll notice there's a firefighting crew wearing happi clothing -- that was the clothing of firefighters back in the Edo Period (1603-1868). Shop staff also wore them, and while not as prevalent back then, it's worn today by some shops. These are generally worn over regular clothing as a sort of thin jacket. There are men who wear fundoshi depending on the event or occasion. 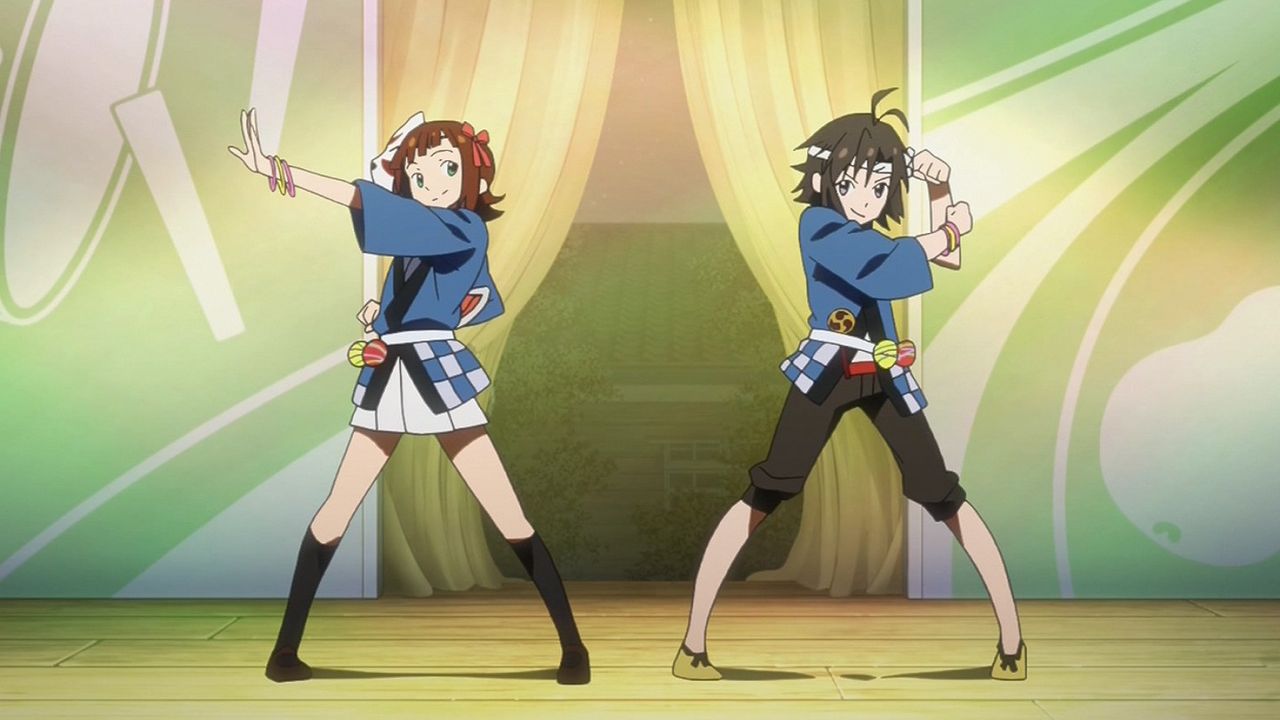 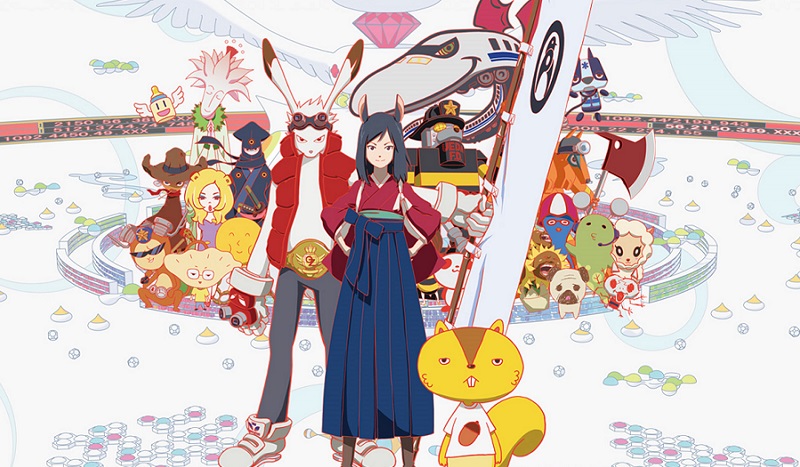 While kimono were exclusively worn by women back in the 18th-20th centuries, hakama were exclusively worn by men. The traditional hakama was a full flowing pants-like piece of clothing that, depending on the material, style, and color, distinguished the elite from the middle class, or the commander of the Shinsengumi to a common villager, with divided and undivided (more skirt like) versions. What's neat about the garment is how the number of pleats has significance to whomever is wearing it. If it has 5 pleats, it represents the five virtues, or Gotoku (Chi--Wise, Shin--honest, Jin--love, Yu--brave, Gen--stern). If it has 7, they reflect the virtues of the samurai, and represent, with the five pleats in the front and two in the back respectively, Yuki (courage), Jin (humanity), Gi (justice), Rei (courtesy), Makoto (honesty), Chugi (loyalty), and Meiyo (honor).

The nature of hakama has changed. Women and men wear hakama, specifically those who take part in kyudo, aikido, and kendo. Miko also wear special red and white hakama. An example would be the garment worn by Izumiko Suzuhara in Red Data Girl. 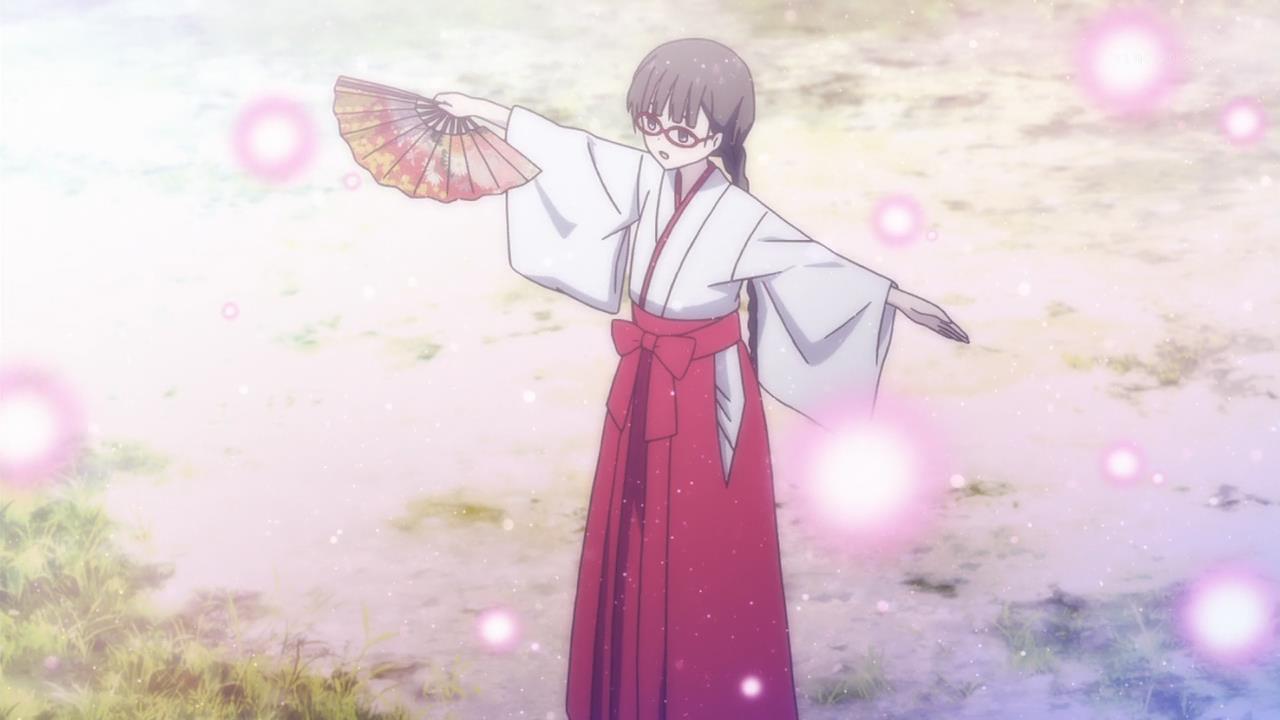 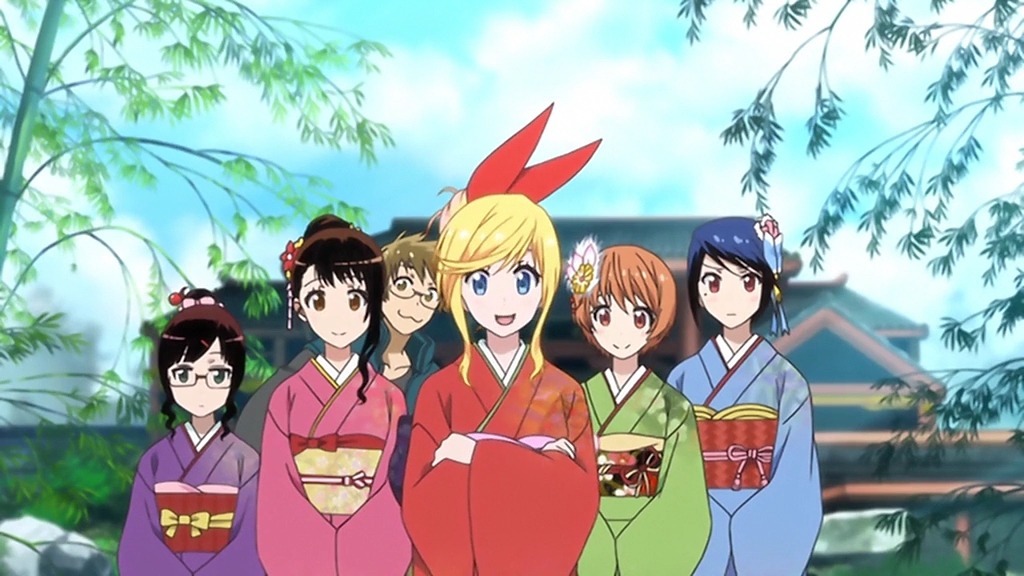 Furisode, once made for children in influential families, are a formal, brightly patterned kimono with long sleeves. Unmarried women or girls wear furisode for many formal occasions, such as coming of age day, or Shichi-go-san. 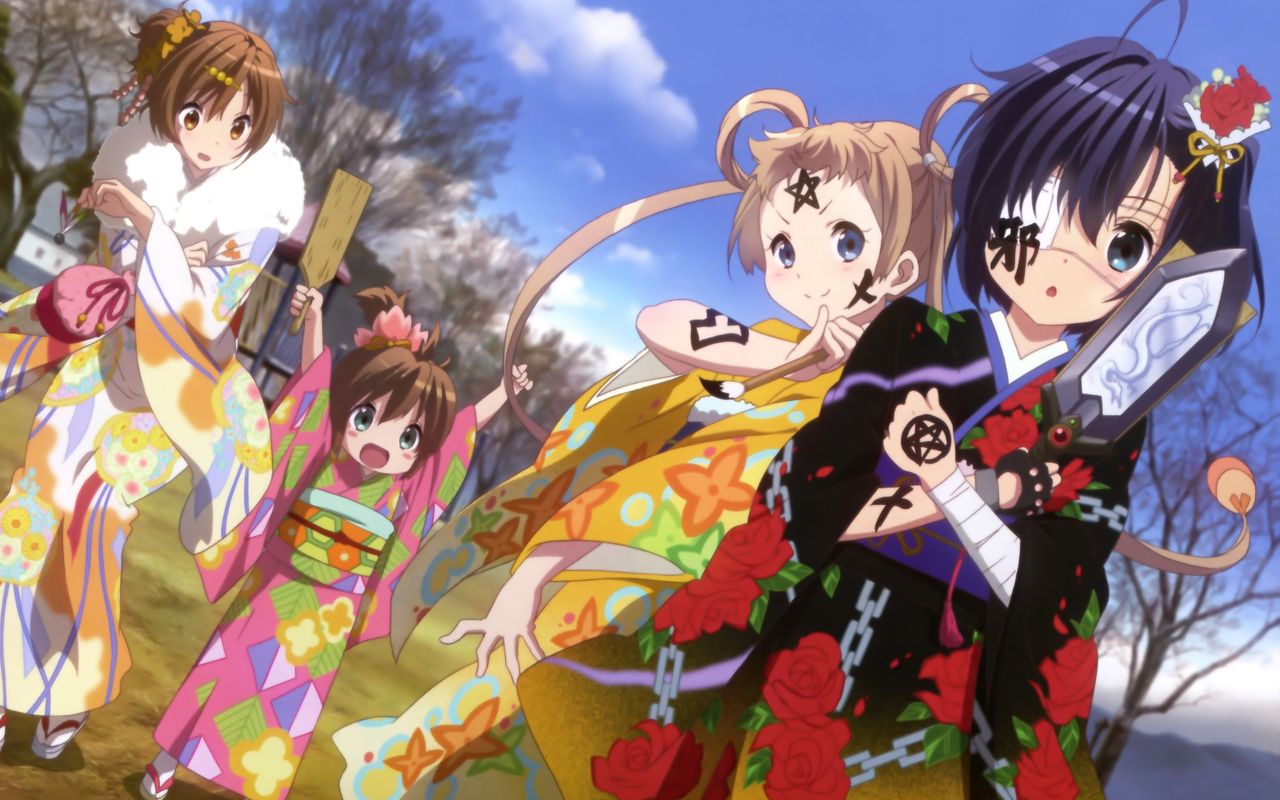 Now that you know about Japanese traditional fashion, when watching any anime from now or upcoming, take note of what a character's wearing -- you probably will note the attire being worn, and understand its importance depending on the context. 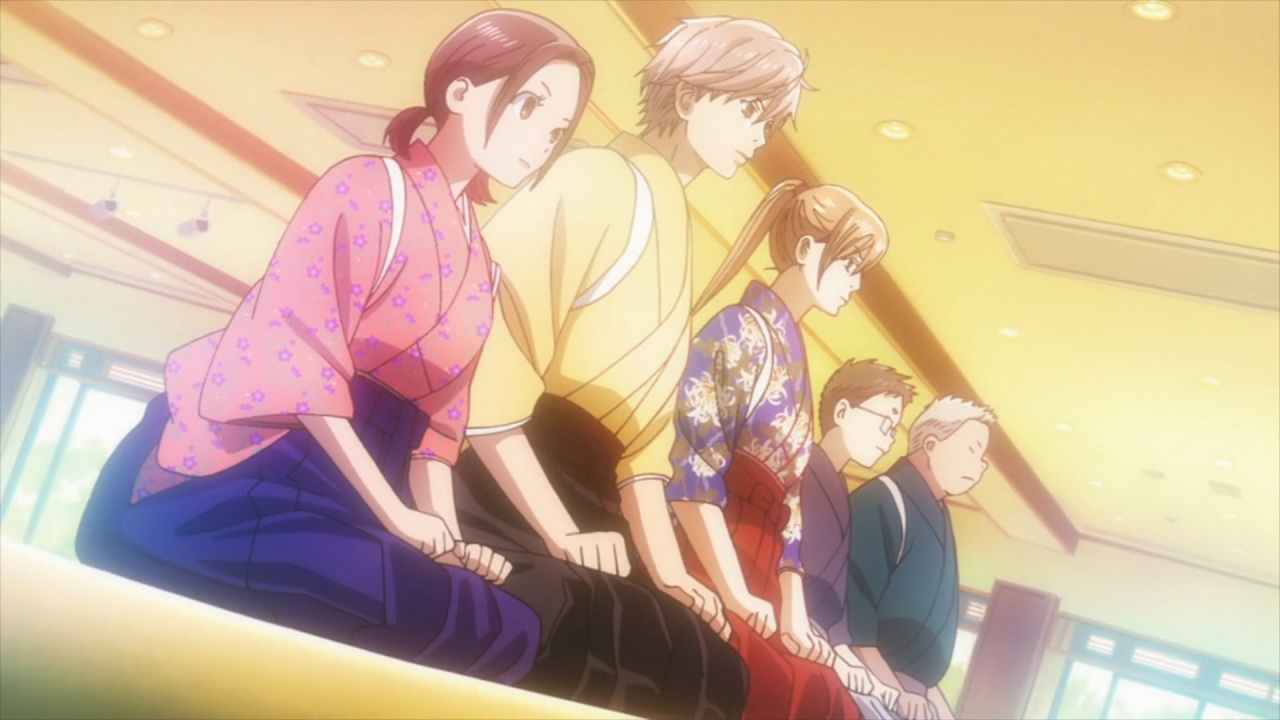