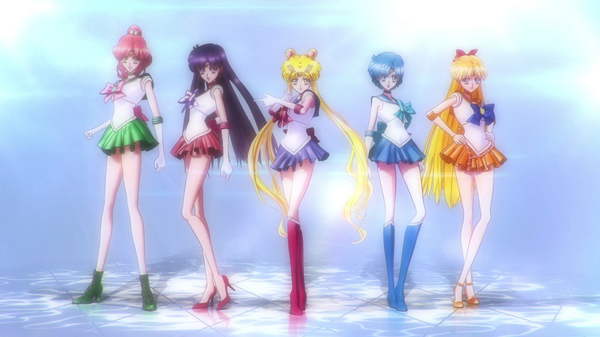 Naoko Takeuchi, the mangaka of Bishoujo Senshi Sailor Moon Crystal, developed the persona of each sailor senshi based on western astrology, astronomy and her personal background. Back when she was a high school student in Kofu Ichi, Takeuchi’s interest on these subjects led her to join the astronomy and manga club. This later on served as the foundation of creating the main characters of the Sailor Moon series, as well as the love story between Serenity and Endymion. 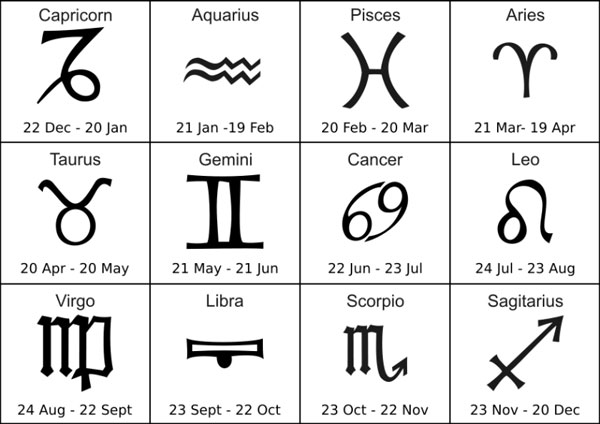 Western astrology focuses on the 12 zodiac signs.The zodiac signs are said to determine an individual’s personality and luck based on the position of the Sun, Moon and its ruling planet or celestial object.

Influence of Astrology on Each Senshi in Bishoujo Senshi Sailor Moon: Crystal 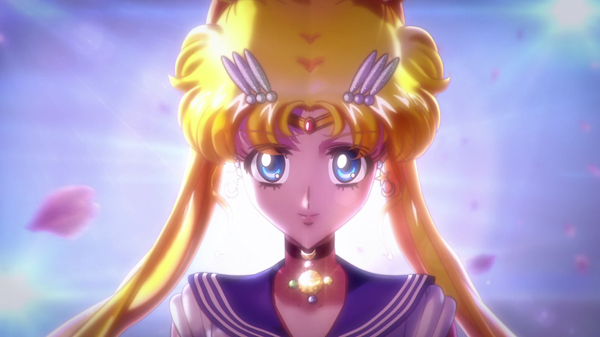 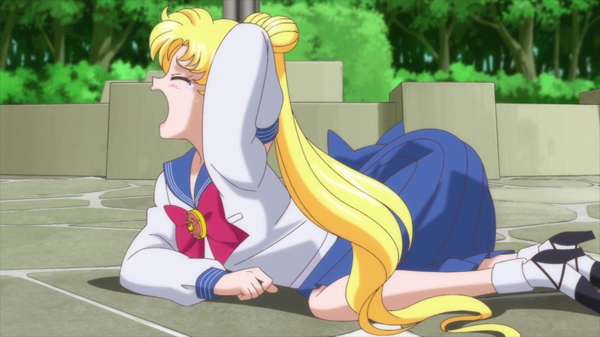 Usagi Tsukino’s zodiac sign is Cancer, giving her the Moon as the ruling celestial object. Cancers are said to be loyal, caring and adaptable. However, Cancers are highly emotional; they indulge in comfort and attention from the people they care about. This trait makes Cancers to be in constant support of other people because their emotions block them from seeing their full potential. 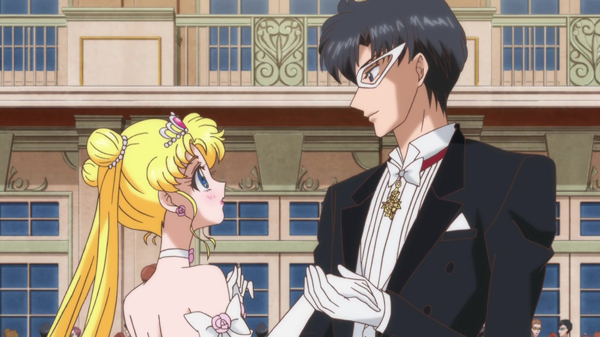 In the anime, Usagi Tsukino doubts her capabilities as a sailor soldier. But her caring for her friends pushes her to do the job that was entrusted to her. During her past life as Princess Serenity, her heart belonged to one man, a Prince from Earth named Endymion. Serenity’s heart remained loyal and true; it constantly searched for her one true love. Finally when reborn on Earth, they met again as Usagi Tsukino and Mamoru Chiba. 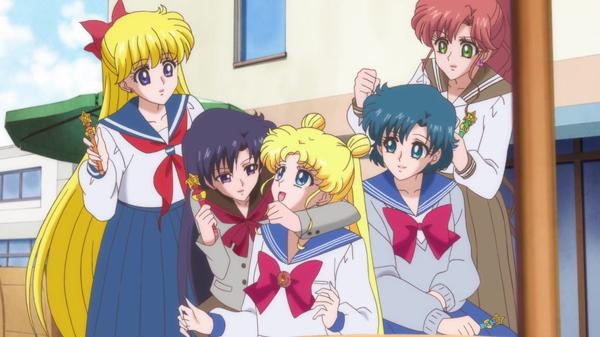 Usagi may be the leader or the princess that the sailor soldiers follow, but her courage sometimes wavers in difficult situations. She is able to overcome these instances through the encouragement and support of her friends. 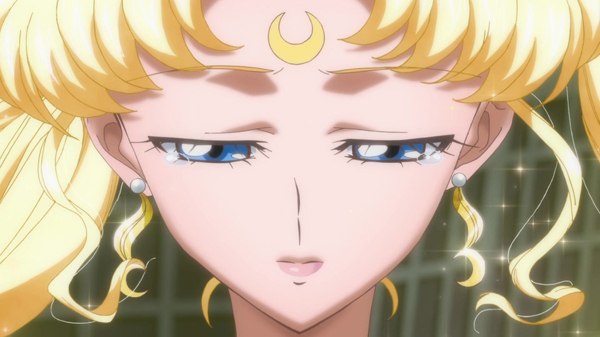 Usagi’s senshi and princess symbol is a crescent moon, which is also the Moon’s astrological sign. The Roman deities of the Moon are Luna and Diana, while the Greek God deity is Artemis. 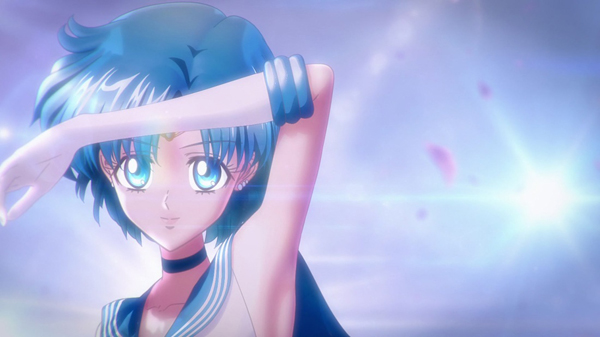 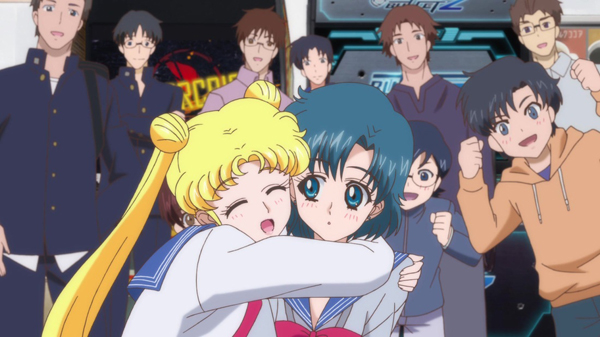 The ruling planet of the zodiac sign Virgo is Mercury, and it makes Ami Mizuno the perfect senshi to carry this symbol. Ami Mizuno is the most intelligent senshi in the group. As a student, Ami is very shy and barely has any friends. She spends her time studying and attending cram school rather than going out with friends. People see her as a snob, or someone who was too proud of her achievements to mingle with other people. When she met Usagi, she sensed something different (though Usagi’s real intention of befriending Ami was to improve her grades) in her. Ami began to open up, little by little. She learned how fun it was to be around other people and enjoy things that a normal teenager would; you’re only young once after all! 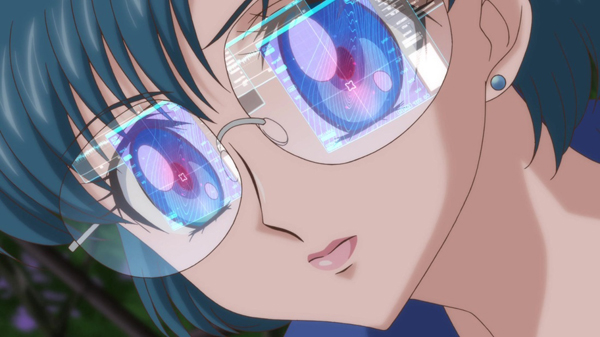 Based on astrology, people under the sign of Virgo are precise, reliable, analytical, intelligent and problem solvers. But they can also be cold, narrow minded and skeptical. Because of their narrow mindedness, a Virgo may see change as something illogical, which is how Ami Mizuno thinks at the beginning of the series. She is a great addition to the team because she is the most sensible out of the five. Through her natural intelligence and gadgets from Luna and Artemis, Ami is able to calculate their enemy’s location and weaknesses. 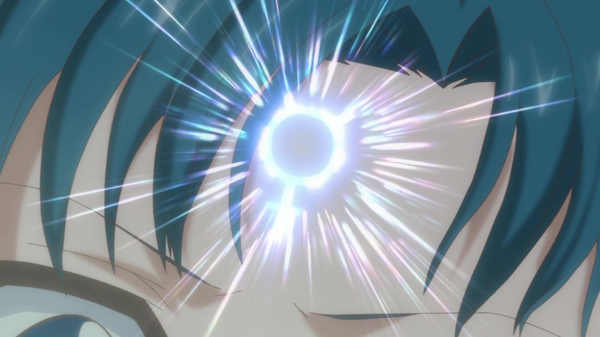 Ami Mizuno bears the mark of planet Mercury. The Roman Deity of Mercury is Hermes, the messenger of the gods and a trickster who can outwit the gods because of his intelligence. The Japanese name of Mercury is Suisei which means "water planet". Sailor Mercury’s attacks are based on the Japanese translation of her planet while her strategic abilities are from the deity god of Mercury. 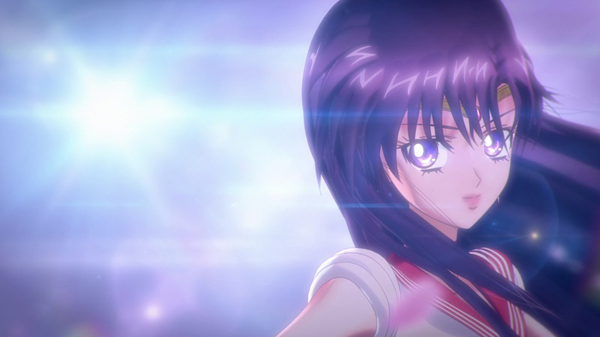 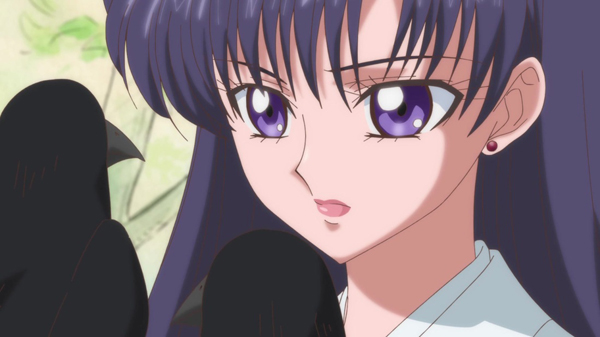 Rei Hino’s zodiac sign is Aries and her ruling planet is Mars. She is a miko or a priestess in a shrine called “Hikawa Shrine” where she lives with her grandfather. Rei also has two crow pets named Phobos and Deimos who are a clear representations of the two moons orbiting the planet Mars. Rei is very reserved－she is a beauty that can make any man swoon but she has little to no interest in them. She is independent, and dreams to be the head priestess of the shrine someday. 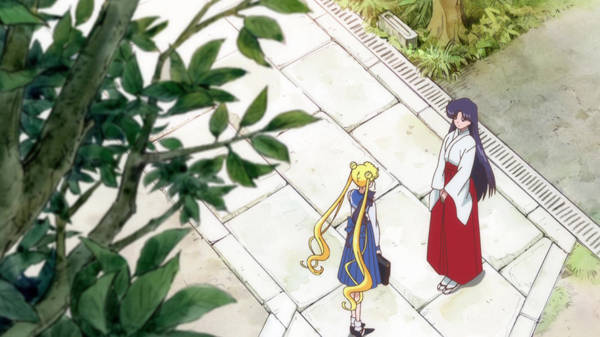 Aries women are said to be independent individuals, courageous and optimistic. They care for their friends and will stand up to fight for them if needed. However, it is also easy to trigger their aggressive side, they are easily irritated and can throw temper tantrums. All five sailor soldiers are close to one another but there is a special bond between Sailor Mars and Sailor Moon, and this is evident even in the old anime. One of the plausible reasons for this is due to the fact that the planet Mars represents the god of war, a protector who will fight until the end to keep the person who matters most to them safe. For Rei, Usagi is a special friend whom she will never dream to be hurt physically or emotionally. 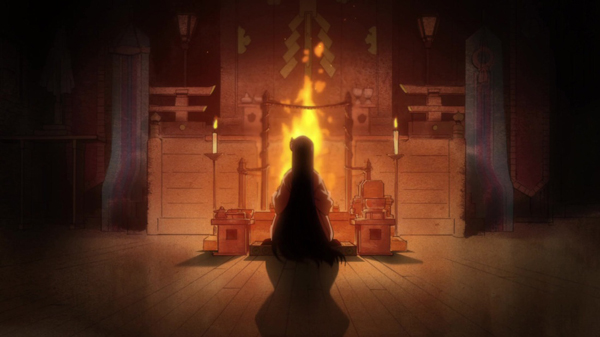 In Japanese, Mars is translated as Kasei which means "fire planet". Takeuchi used this idea to create Sailor Mars’ attacks. Aside from this, Rei has the ability to sense danger and do fire-readings. 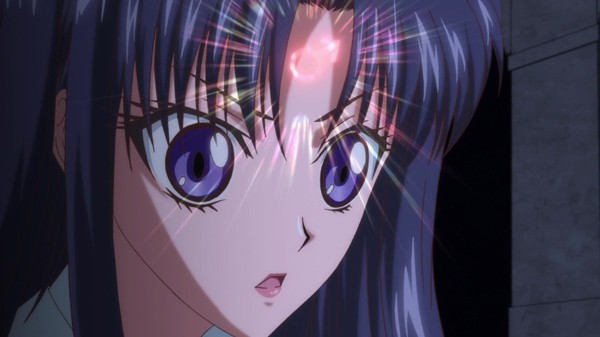 Rei Hino has the mark of the planet Mars and its Greek counterpart Ares. 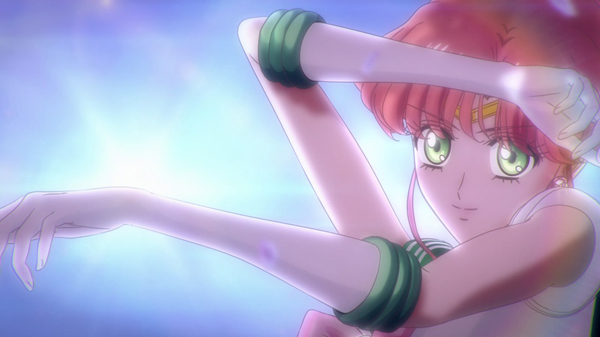 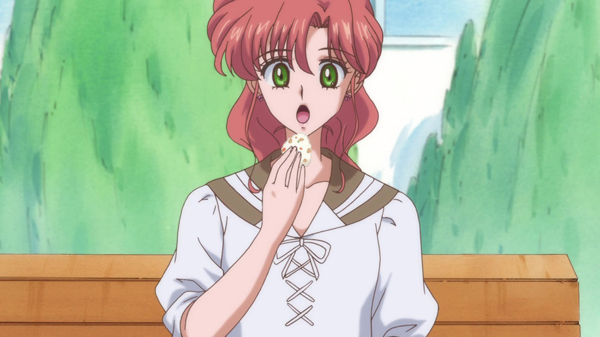 In astrology, Sagittarius is ruled by the planet Jupiter which is the Roman equivalent to Zeus. Makoto Kino, a Sagittarius, is the reborn form of Sailor Jupiter and the princess of Jupiter. She transferred to Juuban High School because she craved change. She sensed that she needed to find a place where she could be free from the bad memories she have had in the past. But due to Makoto’s tomboyish appearance, many of the students in Juuban thought that she was a dangerous person. On the contrary, Makoto is very gentle and enjoys cooking. 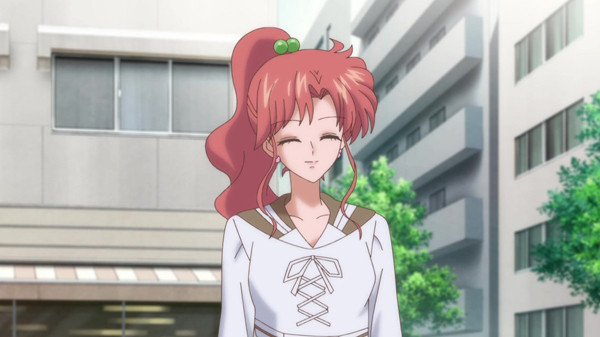 Sagittarius people are independent and unemotional based on astrology. These two traits is a clear representation of Makoto, she lives on her own because her parents died in an accident. Even with a tragic past, Makoto barely shows any emotional imbalance in the series, in fact she is cheerful and has a positive nature. 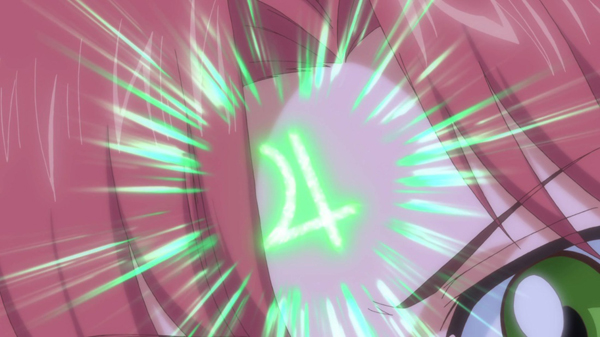 Change is something a Sagittarius enjoys, and this may have been Takeuchi’s basis for Makoto’s desire to transfer on a different location.
Makoto Kino has Jupiter’s symbol, which is Mokusei in Japanese, or "tree planet". Her abilities were derived from Jupiter’s Greek deity god, Zeus, who can manipulate and create lightning or thunder. 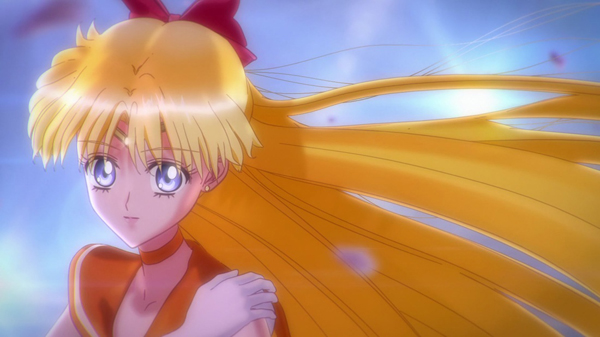 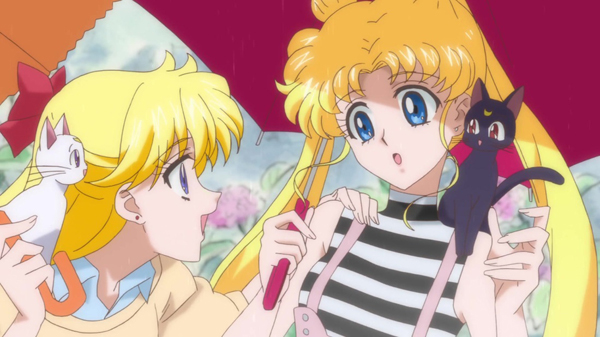 Minako Aino is the leader of the four guardians who protect Princess Serenity. Her domicile is Venus under the zodiac sign of Libra. She is committed to her duties and reaffirms that she does not need a man despite having an astrological sign associated with the goddess of love and beauty. When suited in sailor fuku, Minako displays a serious persona and completely focused on her mission. But as a regular teenager, Minako enjoys the company of her friends and can get along with people from all walks of life. 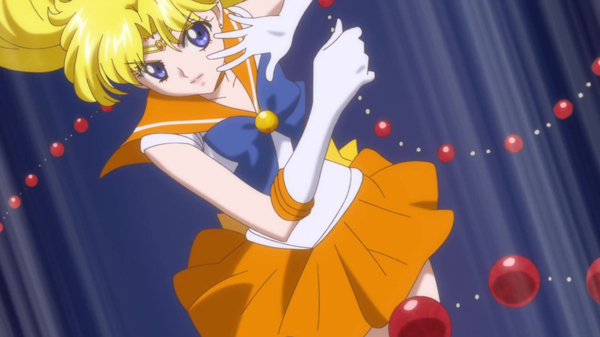 The Japanese word for Venus is Kinsei which means metal or gold planet. But unlike other sailor soldiers, Minako's attacks are not based on the planet of her astrological sign, but are derived from the Greek deity Aphrodite. Her powers are based on the concept of love and beauty, and the only item that can be closely associated with metal is her chain. 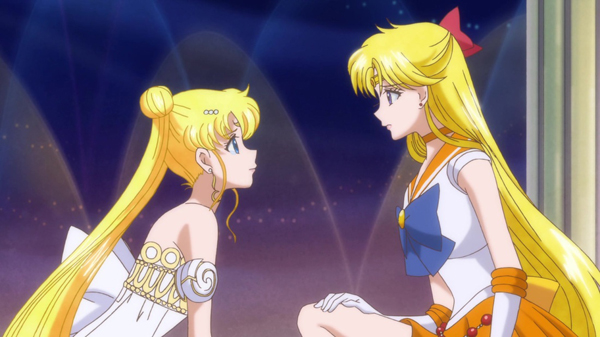 Libras are said to enjoy friendship. They are the ones who try to keep the peace and harmony in a group, sometimes sacrificing their own desires to keep everyone happy. When Minako chose to dedicate her life to protect the princess, she simultaneously threw her opportunity to live a life of her own. 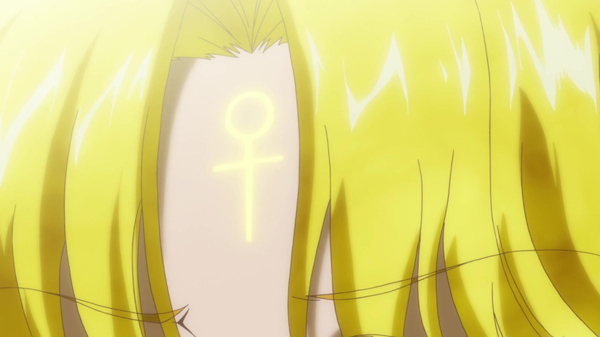 The symbol of Venus appears on Minako's forehead during her second awakening.

Sailor Pluto and Chibi Usa/Chibi Moon were introduced in the second half or Black Moon Arc of Bishoujo Senshi Sailor Moon: Crystal. However, Chibi Usa does not transform until the last few episodes and Sailor Pluto was not given any formal background about her normal life and not as a senshi. 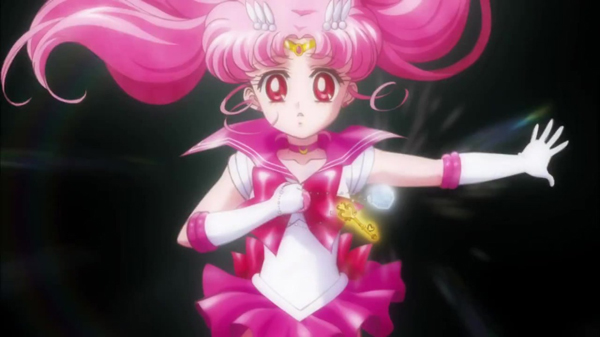 Chibi Usa has the same birth date as her mother, Neo Queen Serenity or Usagi’s future self. That said, her astrological sign is also Cancer with the Moon as its domicile. Similar to Usagi, Chibi Usa is emotional, a common trait for cancer as suggested by astronomy. This led her to being captured and manipulated by the death phantom. 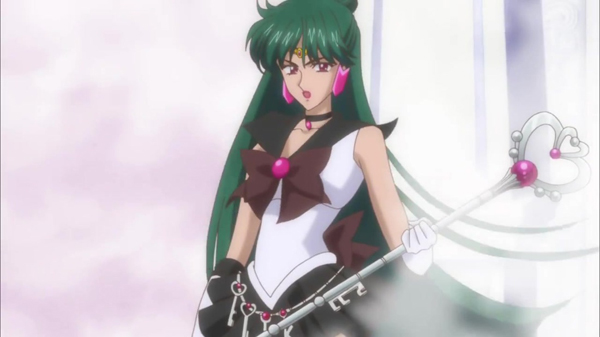 Sailor Pluto who was born on October 29 is a Scorpio. There are two ruling planets for Scorpio; Pluto and Mars. Based on astrology, Scorpio are not social butterflies and prefers to be alone. Sailor Pluto’s role to protect the Door of Space-time in the anime is a perfect representation of this trait. 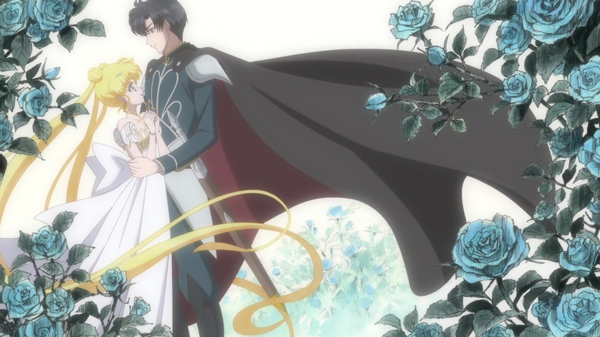 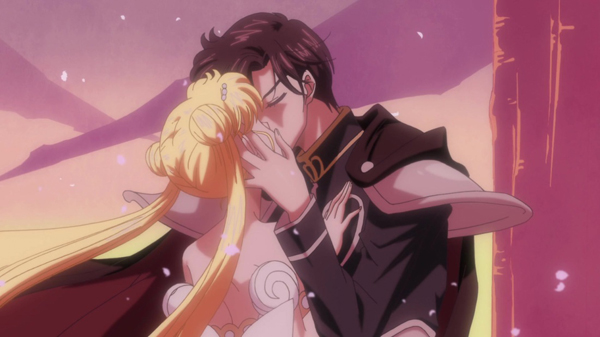 Following Mamoru Chiba’s date of birth (August 3), his zodiac sign would be Leo with the Sun as its domicile. Takeuchi intricately added this twist into the lovers astrology sign. The Sun can never meet the Moon and vice-versa; they continually chase each other into the sky hoping to catch even a glimpse of one another. The concept of the Sun and the Moon is similar to Serenity and Endymion’s forbidden love. At times, Serenity takes a quick trip down to the Earth to glance on the shinning prince Endymion. But their secret relationship soon faced destiny’s wrath and everything that they once had and knew were destroyed. It took them another lifetime to finally be together again and fulfill the love they have for each other as Usagi Tsukino and Mamoru Chiba.

Overall, Naoko Takeuchi’s idea of mixing her passions of astrology and manga is evidently a clever move based on the success of the Sailor Moon franchise. She used something very basic such as astrology that most people know about, matching it with beautiful and colorful protagonists, creating a classic series that went down in history.