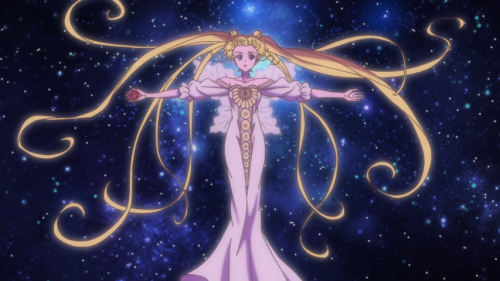 Pretty Guardian Sailor Moon came to American televisions in a much different light than its original Japanese version. The true nature of the relationship between Sailor Uranus and Sailor Neptune was censored so that they were cousins. The Sailor Starlights never made their full appearance due the network hacking an entire season, and a notorious villain even got a sex change! While these key points have not yet shown in Sailor Moon Crystal, they did show in the 90's English dub version. 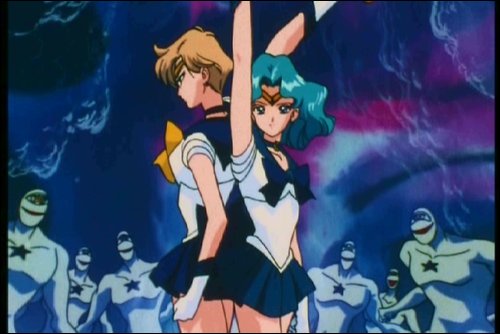 With Haruka’s boyish hair, dressing style and hobbies, she was often mistaken for a boy. She would even wear a boy’s uniform when attending school. The only time she was ever depicted in anything remotely girly was during her transformation stage. In the 90's dub version, the other sailor scouts were often seen ogling her because they believed she was a boy. But when it is revealed that she is in fact a girl, it causes a ton of confusion and question from the other sailor scouts about their own sexual identities.

But, that wasn't the major problem with Haruka. The heavy censorship in the portrayal of the relationship between Haruka (Sailor Uranus) and Michiru (Sailor Neptune) was probably the most majorly censored part of Pretty Guardian Sailor Moon. In the Japanese version of Sailor Moon, the two were outwardly depicted as lovers. However, on televisions across America they were played off as cousins. Oddly enough even as young children, many viewers knew something was up and strongly questioned the nature of this “cousin-cousin” relationship. But, with the confirmation of Season 2 Sailor Moon Crystal, it has been said that we will see these two debut in their original glory. 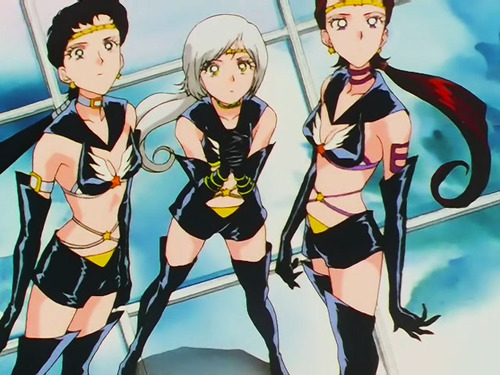 Another example, and probably the most disappointing of all for Sailor Moon fans, is the omitting of the Sailor Starlights in the 90s dubbed version. In the series, The Sailor Starlights were female fighters who came to Earth disguised as male pop idols. Their intentions were to use their male pop disguises to attract women, in hopes that they would be able to draw out their princess-in-hiding with their dashing good looks and their beautiful songs. Seiya, also known as Sailor Star Fighter, eventually meets Usagi and falls in love with her. It is implied that Usagi also had mutual feelings for Seiya, as she was never depicted as having any sort of negative reactions to finding out that Seiya was actually Sailor Star Fighter, and a woman. Since the presence of the Sailor Starlights was found too "controversial" for 90's television, it lead to the final battle and majority of the last season of the show being stripped from the lineup. 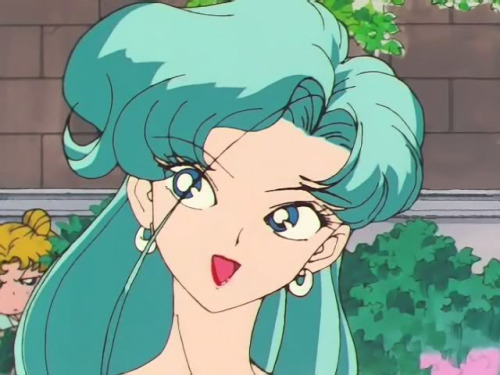 And finally, the very last kick to the gut to fans across the globe is the revamping of character Fisheye. While Fisheye is not currently in the lineup for Sailor Moon Crystal, she certainly was front and center in the 90's English dub version. But, did you know that in the Japanese version, Fisheye is not a woman at all. In fact, “she” is really a he! It isn't confirmed yet whether this hiccup will be remedied in Sailor Moon Crystal.