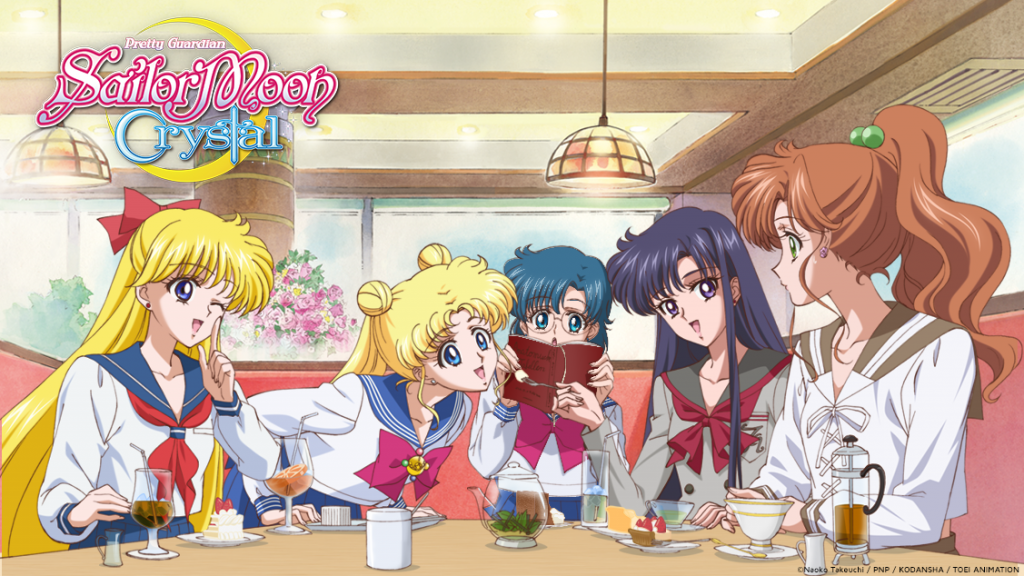 The Sailor Moon franchise is well known for having a cast of magical girls dressed in snazzy uniforms. Fans of the series know the basic outline of the story: Teenage schoolgirls transform into the legendary “Sailor Scouts” (also known as Sailor Soldiers or Sailor Senshi, depending on the translation) in order to vanquish evil. Every episode, they take on magical outfits during dazzling animated sequences.

The latest iteration of the series, Sailor Moon Crystal, stays true to the existing formula. It's a retelling of the original story, with a distinctive new art style and brand new animation. While much of the show is fresh, the classic Sailor Scout outfits return without much change, instantly welcoming existing fans back to the series.

During the day, Sailor Moon Crystal's cast of characters attend school like normal girls. The uniforms they wear during class are pretty accurate when compared to real life. They sport skirts down to their knees, wear long-sleeved blouses and they finish the ensemble with the iconic sailor collar over their shoulders. All these pieces combine together to form what is recognized as a common uniform in Japanese schools.

Schoolgirl uniforms in Japan are heavily influenced by European naval uniforms. They are often dark in color, using shades of blue, gray and even black, depending on the school. White shirts or blouses are very common and they contrast with the darker color of skirts and collars. 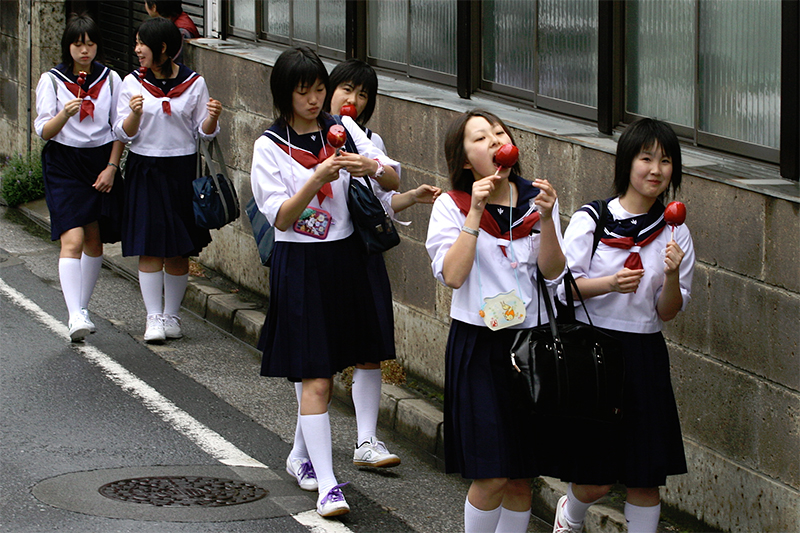 Over the years, the uniforms have evolved to what we often see today in popular anime, TV dramas and films. Take a short walk through the bustling metropolis of Tokyo and you'll certainly witness dozens of girls sporting these iconic uniforms in different variations. The classic schoolgirl uniform is used in advertising and marketing on billboards, television, magazines and so much more.

It makes sense that the characters of Sailor Moon Crystal wear such a distinctive uniform since they are all Japanese students. At least, they wear the uniform during their normal school days... But, when it comes to fighting evil after school, the characters transform into their Sailor Scout uniforms! The design of the Sailor Scout uniforms is the result of fusing traditional Japanese schoolgirl uniforms with a magical motif.

Compared to the traditional school uniforms, the Sailor Scout outfits take a few creative liberties. Each character's Sailor Scout uniform has a unique color scheme, helping to separate the designs from their school uniforms. The girls also bring along their own footwear – they don't wear matching knee-high socks and leather shoes. Their skirts are incredibly short – much shorter than those worn in real schools. It's a common trend in anime for girls to be drawn with long legs and short skirts. It's a stylistic choice and it further separates their everyday school uniform from their fighting-evil-by-night getup.

Let's look at the 5 main characters of Sailor Moon Crystal and the unique features in their school uniforms and Sailor Scout outfits! 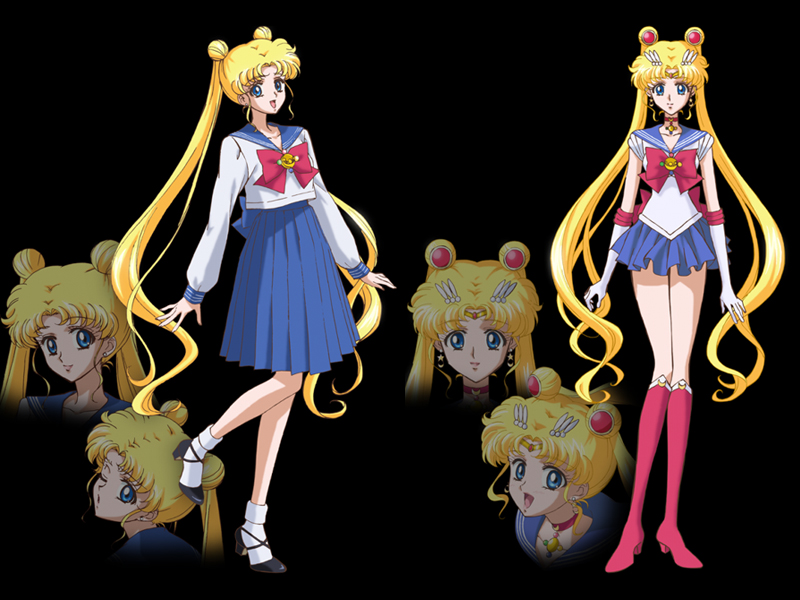 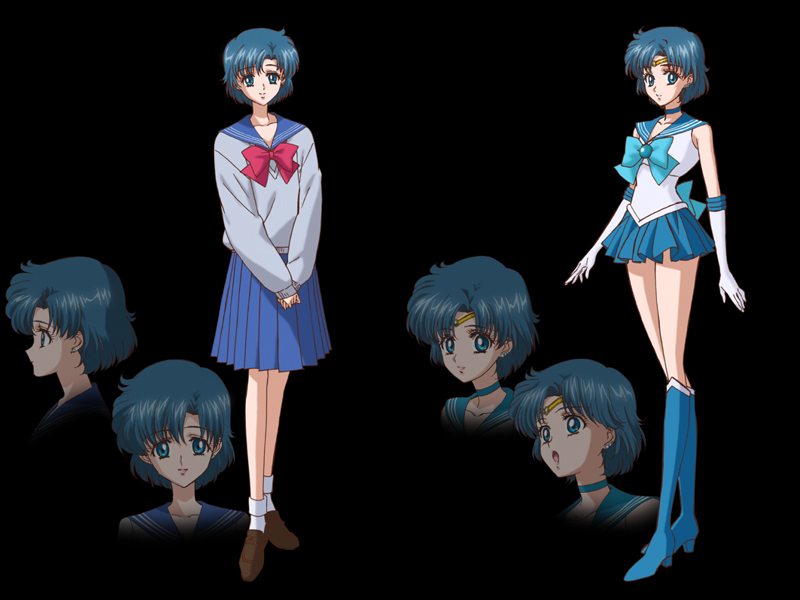 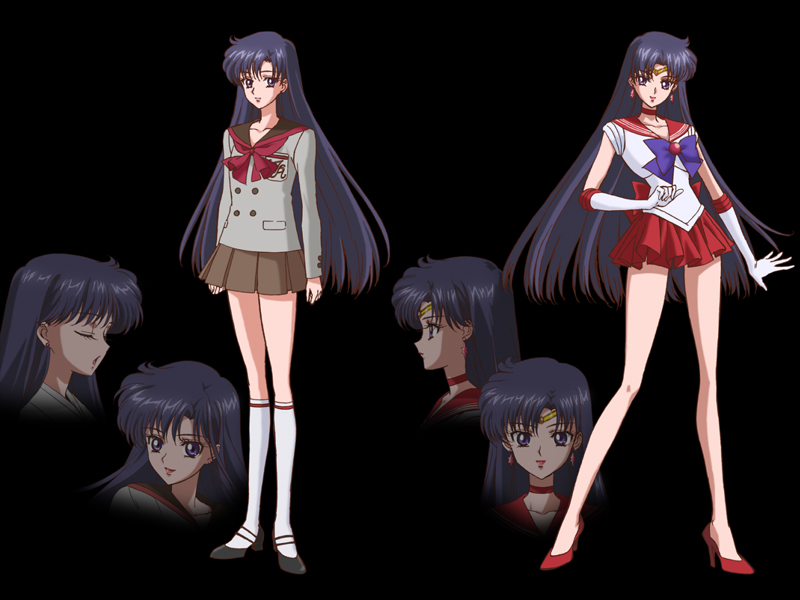 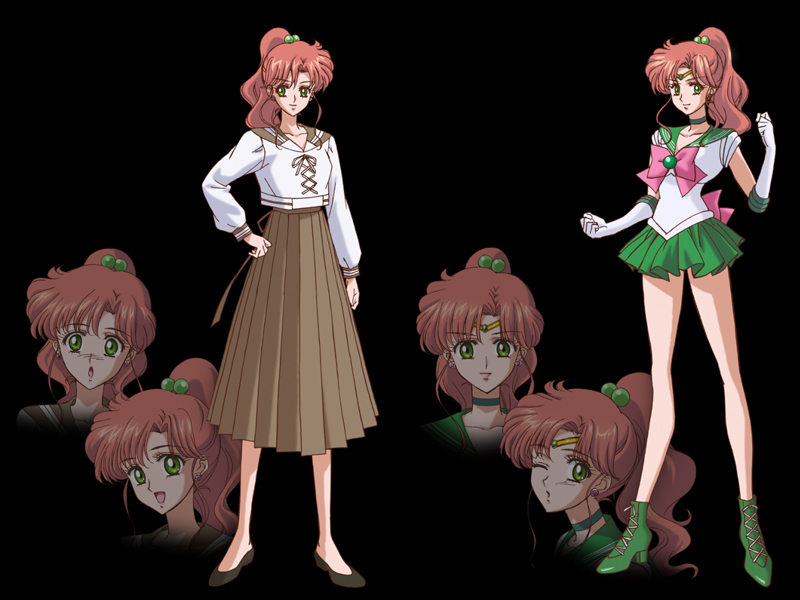 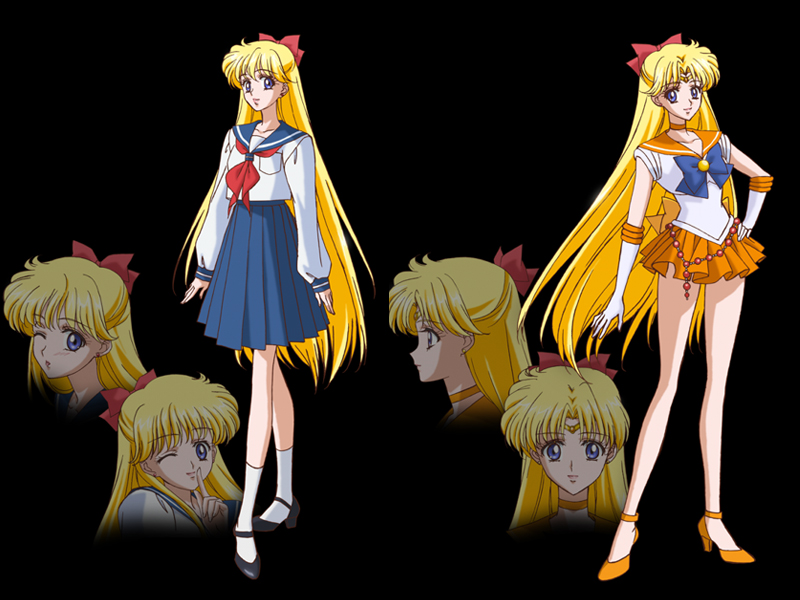 When comparing Sailor Moon Crystal to the original series from the nineties, we can see that all the essential Sailor Scout uniform features have been left intact: the elbow-length gloves, the chest ribbons, each character's footwear, and of course the super short skirts. The biggest change is simply the new art style, making the characters look slimmer and taller. 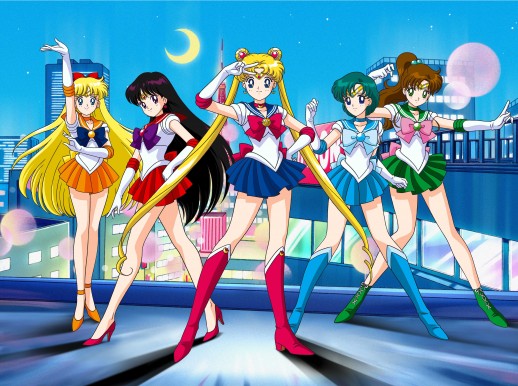 Since Sailor Moon Crystal is set in a fantasy version of our world, it's easy to see why the school uniform designs stay true to real life. The designs are immediately familiar, yet stylized enough to spark interest. The Sailor Scout uniforms are quite unique and are instantly recognizable to most anime fans. Blending traditional uniforms with a more magical design was a great stylistic choice and the designs have held up well to this day, as evidenced by the minimal changes in Sailor Moon Crystal.