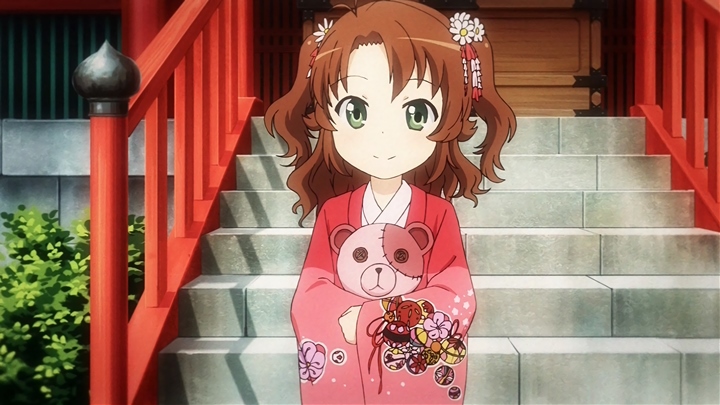 Shichi-go-san, literally seven five three in Japanese, is a rite of passage for all Japanese children. It is celebrated on the 15th of November and the festival has roots dating back to the Heian period, signifying the importance of this long standing tradition.

Perhaps you can consider this day the very little sister of Coming of Age Day (Seijin no Hi). Coming of Age Day similarly celebrates the growth of Japanese youths as they transition to adults, the age of adulthood being 20. Meanwhile, Shichi-go-san celebrates the healthy growth of young children of the titular ages which are historically symbolic for the reasons explained further below.

On this day, boys who are three or five, and girls who are three or seven dress in their best clothing – usually haori (kimono-like open jacket) and hakama (traditional loose trousers) for boys, and kimono for girls (see below). 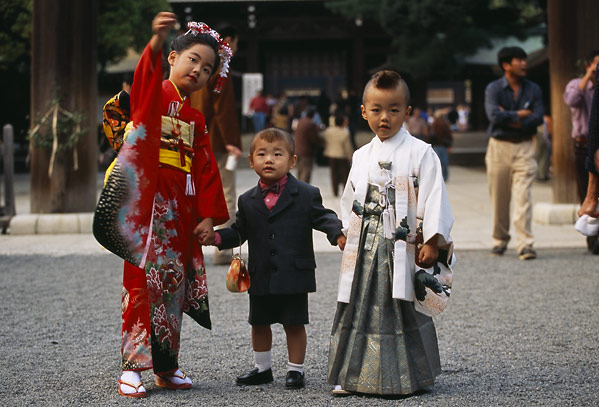 They then visit the Shinto shrine with their family to pray. November 15th is not a public holiday however, so families often go on their shrine visit during the weekend closest to the 15th.

The reason these ages are celebrated is because: 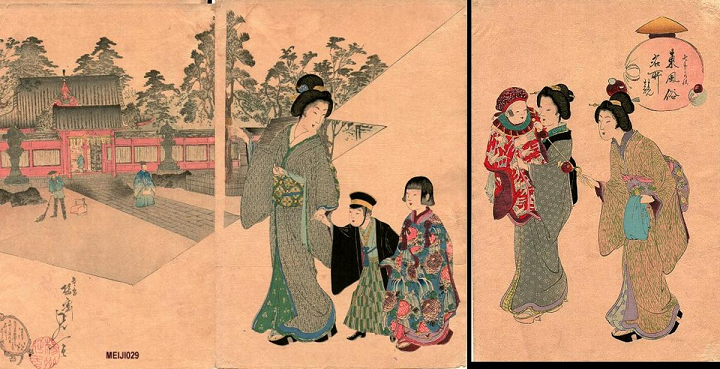 Ukiyo-e woodblock print of shichi-go-san by Watanabe Nobukazu who was active as an artist in the late 19th century to the early-mid 20th century.

Originally, it was only those in the aristocratic classes that adhered to this custom. This was soon followed by those from samurai families, who added their own rituals, and then eventually the rest of society. Another likely reason why this festival may have first began stems from the fact that in the past mortality rates, especially for infants, were much higher. Therefore, it gave reason to both celebrate the growth of one's children, and give thanks and pray to the gods for their good health and longevity.

Odd numbers like 3, 5 and 7 are thought to be lucky according to East Asian numerology, and November the 15th was considered the luckiest day of the year, back in the day. 3, 5 and 7 added together also equals 15. The combination of the associated numbers, ages and date surely must bring extra luck! 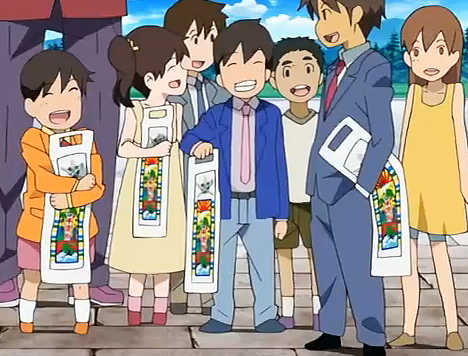 Children in the world of Toriko celebrate a similar event, also partaking in chitose ame.

Children are given candy called chitose ame to bring good luck. This candy, whose name literally translates to "thousand year candy," is symbolic for the parents' well wishes for their children to live a long and healthy life. Chitose ame is a long, thin, red and white candy wrapped in edible rice paper. 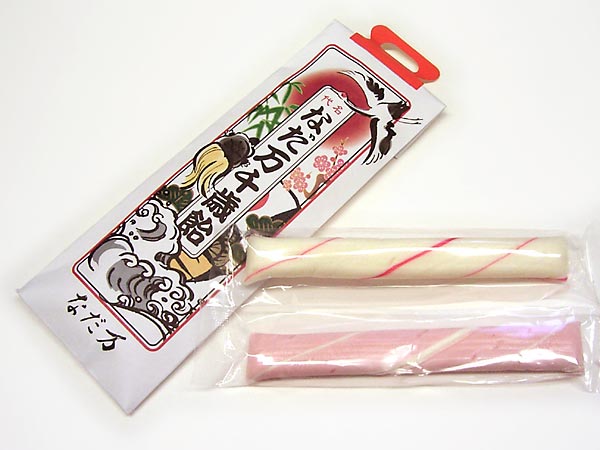 They are reminiscent of Christmas candy canes (although they are softer and have other color variations) and are carried in long paper bags with symbolic images. These images are typically animals, traditionally a crane and a turtle, both of which are known to live long lives and thus represent good health and longevity. 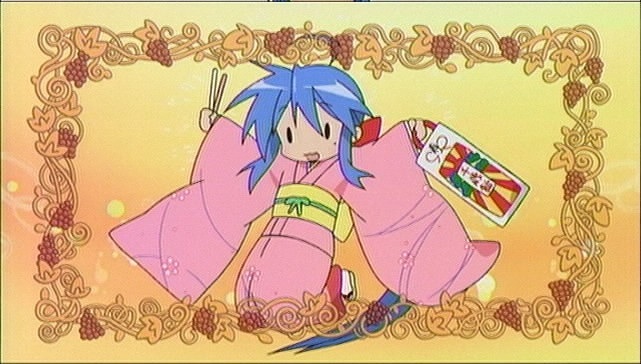 Konata, the main character of Lucky☆Star, with chitose ame at her Shichi-go-san celebration.

Anime and manga with young characters are more likely to feature this snippet of Japanese culture. You can find the characters in the iconic series below, for example, celebrating Shichi-go-san. 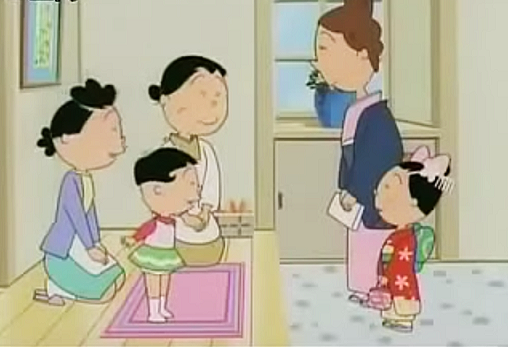 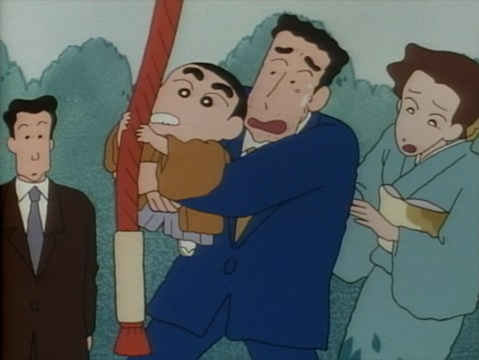 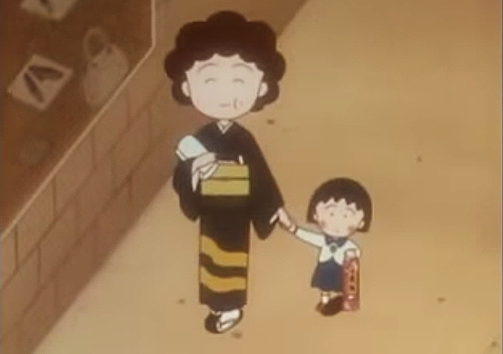 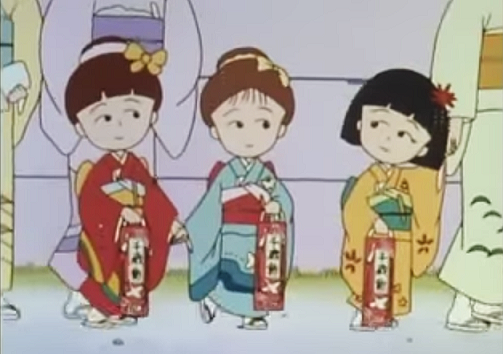 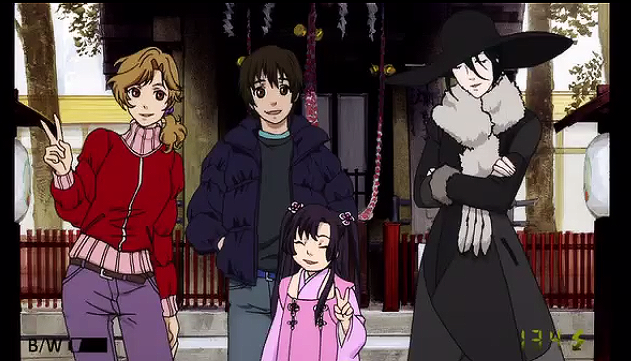