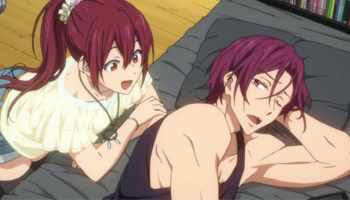 In this article we'll be going over the use of some common familial terms and endearments. These terms can not only be used to refer to one's relatives - they can also be used to address people belonging to certain age groups. As with honorifics, there is a strict set of conventions in place about which term is used for whom. Their usage in anime and manga sometimes breaks down these conventions for humour or insulting effect.

So then, let's go over these terms and understand who they should be addressed to!

The terms "onee-san" and "onii-san" are not only titles by which a person addresses their older sister or brother. They can also be used by younger children in reference to older girls or boys respectively, usually teenagers, as well as by female shop attendants to other women (more friendly than the normal "okyaku-sama"), or when boys and girls want to flirt or be cute with each other. 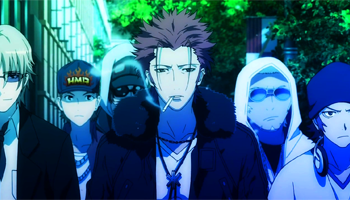 Strictly speaking, "onee-san" means "older sister" while "onii-san" means "older brother". Though these words are more for addressing a sibling directly, it's commonplace to use them even when speaking to others about them (e.g. "uchi no nii-san", meaning "my brother"). If one were to follow textbook rules for when speaking about one's siblings to someone else then the words "ane" and "ani" should be used instead, but this is uncommon in everyday conversation. In English, the difference between one and the other is that one is like a title ("onee-san/onii-san" = "Sister/Brother") and the other is formally describing a relative ("ane/ani" = "my sister/brother").

Members of the HOMRA organization from K

Furthermore, on the topic of "ane/ani": a variation of these is "aneki/aniki". These are an informal way to refer to one's sister or brother but they are also slang terms for a fellow gang member (see above image). "Aneki/aniki" shouldn't normally be used used with a stranger due to the close bond it implies.

As mentioned, the terms "onee-san/onii-san" are also used by children when speaking to young adults in the same way that English-speaking children might call a stranger as "miss/mister". "Onee-san/onii-san" can be considered a more polite, endearing way for children to talk to people than using the a more direct form of address ("you") or the person's name plus an honorific (e.g. '-san'). The former is usually rude and personal no matter who the speaker is or how old they are; the latter sounds too distant and formal for a normal child. 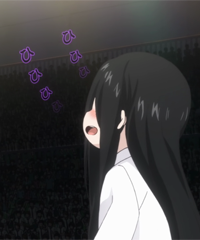 As an added note, "nee-san/nii-san" is added after an older person's name if it is known. For example, "Kyoko-nee-san". The meaning is the same as described above.

Of course, the '-san' honorific can be swapped out with a different one. '-chan' is a common substitute to make the tone of address more affectionate; '-sama' is only heard in anime or used to be humorous; '-san' is neutral polite; and '-kun' is never used in conjunction with these endearments.

Not to be confused with "obaa-san/ojii-san" (see the next section). "Oba-san" and "oji-san" are terms to address adult women and men respectively. More specifically, anyone over the age of twenty who is not old enough to be considered a senior citizen. It roughly means "aunt/uncle" in English, but, like "onee-san/onii-san", is not limited to referring to blood relatives. This pair of terms can apply to any adult of appropriate age.

The difference between "oba-san/oji-san" and "obaa-san/ojii-san" is the drawn out vowel. As such, it's a very easy mistake for learning speakers to make (and small children as well). Even Japanese speakers make fun of it. 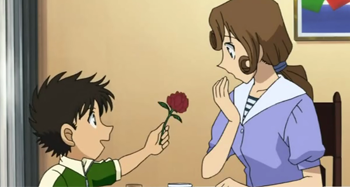 Kaito: "You can have this! Because you're so pretty, old lady!" -- a young Kaito Kuroba to Yukiko Kudo (episode 473, Detective Conan )

It's very important that one doesn't make this mistake when speaking. While the scene above is a mild, humorous example, some people may take offence at it in real conversation.

That said, knowing the proper use of "oba-san" and "oji-san" means being able to apply it in situations to imply certain things. For example, using either term to address someone who is in their teenage years would attach a negative connotation. It would be implying that the teenager is old in the same way that using 'obaa-san/ojii-san' with a middle-aged adult would imply they are old. Imagine a child rudely addressing someone young as an "old woman" or an "old man" and you have the general idea. Teenagers are better referred to using the "onee-san/onii-san" form of address.

And as always: the '-san' honorific can be substituted for '-chan' or '-sama' just like with the previous pair. Again, '-kun' is not used with these endearments. 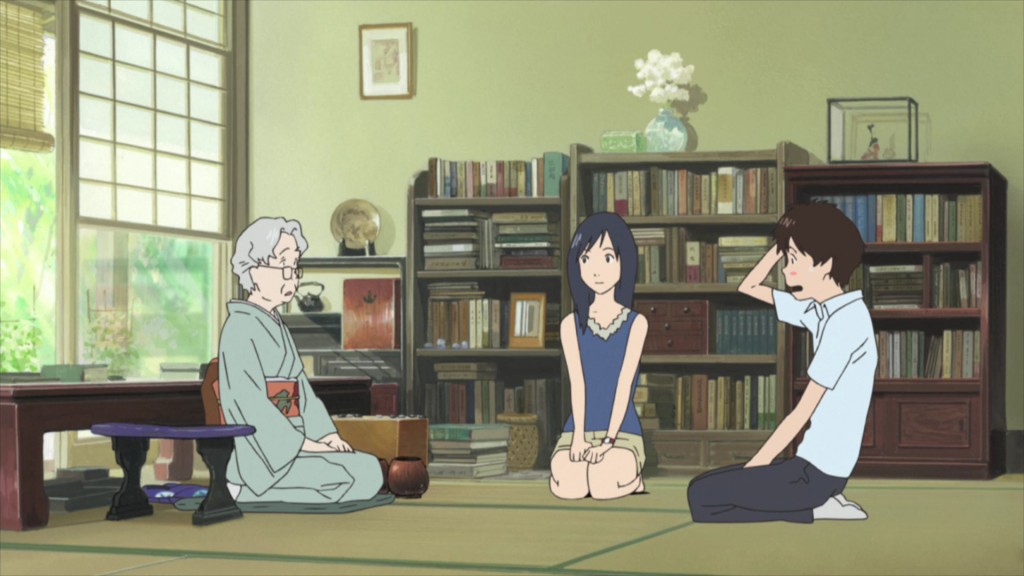 Not to be confused with "oba-san/oji-san" (see previous section). "obaa-san/ojii-san" typically refers to someone who is elderly because normally they are titles for one's grandmother or grandfather respectively.

As briefly mentioned in the previous section, in anime and manga the "obaa-san/ojii-san" terms are often used to insult someone who still looks like a working, middle-aged figure. It implies that they're not just older than the speaker, it implies they're old. When properly applied however, it is as polite an address as any other. But care has to be taken in using these terms regardless, as the person being addressed may take offence at being addressed like an aged individual even if they outwardly would fall into that category.

Similarly to "onee-san/onii-san", there is a separate pair of words used when objectively referring to one's grandmother or grandfather: "sobo" and "sofu". They are, however, rarely used if they are used at all. Where "obaa-san/ojii-san" can be translated as "granny/gramps", "sobo/sofu" is more like "my grandmother/grandfather". But watch out - don't misspeak "sobo" as "soba"! Your grandmother is not a type of wheat noodle. 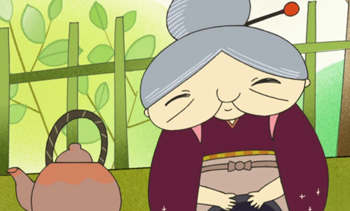 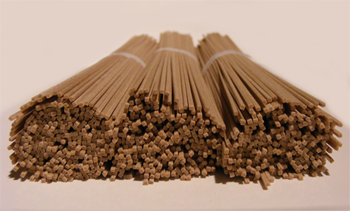 More informal, rough terms for speaking to one's elders are "baba/jiji". These are incredibly rude to use as an address unless the person has a close relationship with their grandparents. One would definitely not use these in polite conversation with elderly strangers. "obaa-san/ojii-san" should be the default mode of address.

Lastly, it probably doesn't need reiterating, but the '-san' honorific can once again be exchanged for '-chan' or '-sama' to imply affection or respect, respectively. '-kun' is not used.

In conclusion, one can consider there being three main age groups which the above pairs of terms address. 'onee-san/onii-san' for young adults and teenagers; 'oba-san/oji-san' for anyone above the age of twenty; and 'obaa-san/ojii-san' for those who are senior citizens. All forms of address are used by those younger to refer to those older than them. In the reverse case, the older person will usually refer to the younger by name (assuming they know it).

Hopefully this article has helped you understand a bit more about these common Japanese endearments! Listen out for them next time you watch an anime, because they are a subtle indication about a character's perception of the person they're speaking to. 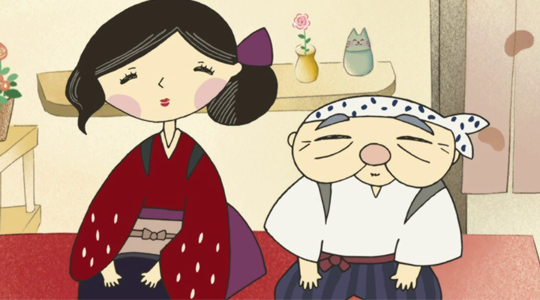 (Psst! If you want to learn about various honorifics in Japan, see this article!)