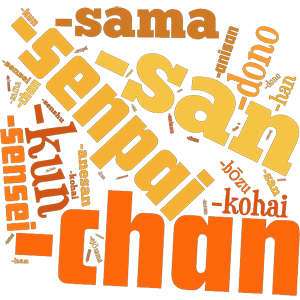 Those of you who watch anime with any degree of regularity may have noticed a quirk of the Japanese language which we don't see in English. Most of the time, some kind of suffix is attached after a person's name. There are various kinds which are used to indicate the degree of respect or mutual acquaintance one person has towards the other. Known as 'honorifics', they are one of the more vital aspects of the language that a person studying Japanese will learn.

In this article, we'll do a run through the most commonly-used honorifics and explain when and how they're used!

When you and the other person don't know each other very well, you would address them using their last name plus the '-san' honorific. '-san' can be considered the most basic level of politeness you can give to someone. It's almost the equivalent of saying 'Mr./Mrs./Miss (surname)' but is more widely used and doesn't have quite the same connotation of formality as the English version. 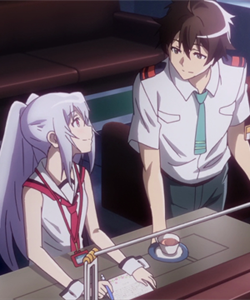 '-san' is used to address most anyone that you aren't directly related to or extremely good friends with. For example, we might be used to calling classmates by their first names, but in Japan, classmates will use surnames plus the honorific when addressing or referring to each other. Similarly, if you are being introduced to someone for the first time then you would address them by their surname and '-san'. It would be considered rude or being over-friendly to not do this.

Even with this honorific though, there are varying degrees of formality. Sometimes the honorific will be dropped from a person's surname - this indicates a degree of informality but not necessarily closeness. Progressing from a surname to someone's first name (but with '-san' still attached) can indicate familiarity with another person just shy of close friendship. But eschewing the honorific altogether and referring to someone by their first name suggests intimacy (as friends or otherwise).


That said, '-san' can be used to not only refer to other people but sometimes entities, objects, or animals. In these cases, the use of the honorific is a sign of affection towards the other party. For example: 'neko-san' (cat), 'sakanaya-san' (fish market), 'Honda-san' (the car dealership). However, it should be noted that the first two examples are more common when speaking with children. 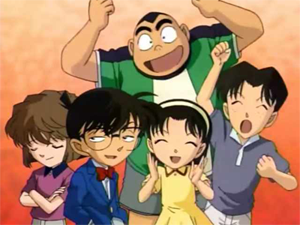 The '-chan' honorific is used for infants and small children (of any gender), younger girls, and as a nickname for close friends, special stuffed toys, or pets. Many anime viewers may associate this honorific with 'cuteness', but it's better regarded as a term of affection. There is no single English equivalent for this honorific because translation of it is heavily based on context.

When you are speaking with a young child, it is common to address them using their first name plus the '-chan' honorific. Using '-san' in these instances would sound too formal and distant; '-chan' is more friendly. Although it is more common to see this honorific used with girls' names, it can be used with infant boys as well - particularly between family members. An older relative may call their son, grandson etc. using '-chan' (e.g. 'Ken-chan') regardless of the boy's age.

Amongst adults, '-chan' may still be used to refer to younger women. However, as mentioned above, this honorific does imply some affection for the target person. Thus it would be inappropriate to use it in a professional workplace setting. '-san' is the proper honorific when speaking to colleagues. 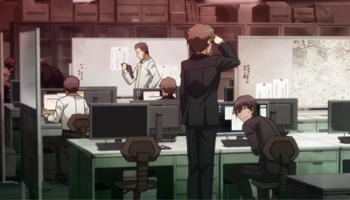 Because of the connotations attached to the usage of '-chan', sometimes it can be used in unexpected ways to imply certain things in anime. For example, a senior playfully referring to his junior with '-chan' might do so to suggest that their junior is still young and inexperienced - i.e. an 'infant' in terms of their job or work. It was used in this manner by Chief Inspector Nakamura in the anime Ranpo Kitan: Game of Laplace when he was put in charge of looking after new recruit Keisuke Kagami.


Regarding its use as a nickname, '-chan' often accompanies the shortening of a person's name, or follows the name of a toy or pet. Friends may shorten names to 'Kyo-chan' or 'Sacchan', for example. Toys' and pets' names may receive the same treatment, or simply have '-chan' added at the end (e.g. 'Kuma-chan'). 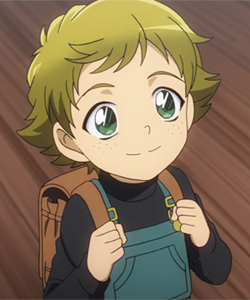 When speaking to younger boys or men, it's common to use the '-kun' honorific. This honorific is only used in reference to others younger than the speaker; almost never those older. Although '-kun' has become associated with the male gender, it can also be attached to the names of young female workers, as well as those of female students by their teachers.

'-kun' can be used as a replacement for '-chan' when young boys have passed the infant stage (i.e. they are several years old). Like '-chan', using '-kun' implies more friendliness to a person than '-san'. As a general rule, you wouldn't use this honorific upon first meeting someone.

Again, there is no English equivalent for this honorific. However, its usage can be likened to boys or men establishing comradeship through use of each other's last names in Western society. '-kun' gives off a feeling of friendliness without being over-intimate.

The '-sama' honorific is used to show respect to another person. Typically that person will be of higher social status, but it can be attached any time someone feels that the other party is deserving of respect.

Common usage includes 'okyaku-sama' ('guest' or 'customer'), 'kami-sama' (God specifically, but '-sama' can be used with the name of any god of any religion), and when addressing an envelope or writing an email to someone you don't know very well. There are also some phrases that anime viewers will likely be familiar with: 'gochisou-sama' (thank you for the delicious food), 'gokuro-sama' (thank you for your hard work), and 'otsukare-sama' (thank you for giving it your all).

As mentioned, '-sama' is frequently heard used in regards to people who have earned someone's respect. This usually means leaders of some sort, or anyone who commands mutual authority over others. It also tends to imply a certain level of devotion or servitude towards the target person. Since the use of '-sama' is also context-dependent, the exact translation into English can vary widely - and sometimes it's not possible to translate at all.

To give some anime/manga-relevant examples... 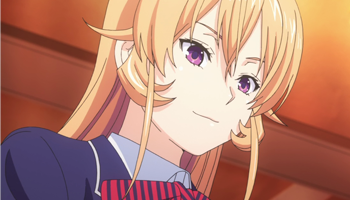 In Shokugeki no Souma , Erina Nakiri is often referred to with the '-sama' honorific. Given the highly stratified and elitist society that exists in this series as well as her own family status, possible translations could include 'Lady', 'Miss', or 'ma'am'. 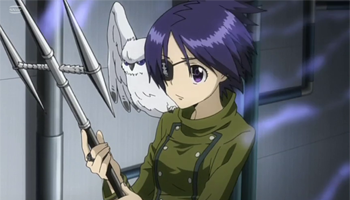 In Katekyo Hitman Reborn on the other hand, Chrome Dokuro refers to her saviour, Mukuro Rokudo, as 'Mukuro-sama'. Being pretty much a normal boy of the same approximate age with no status or title, translating this to something such as 'sir' or 'Mister' would sound strange to an English speaker.

Essentially, '-sama' is a marker of respect and one of the higher levels of respect you can give someone. It's not something commonly used like '-san', and usually anyone of status you might attach '-sama' to will most likely have an existing rank such as 'President', 'Chairman', and so on, that is used instead.

Hopefully this article has given you a better understanding about honorific usage! Paying attention to who uses what honorific where and to whom can indicate a lot about the relationship that two people have. Next time you see or hear these words, you should have a better idea of the context behind their use! And remember - the absence of them is just as important as their presence. 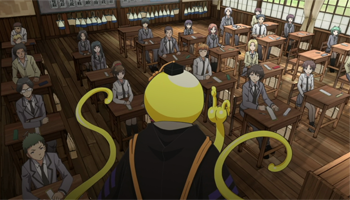 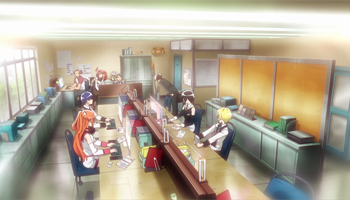