As in any language, Japanese has its fair share of insults and derogatory terms. They may not be as plentiful or as varied as in English but they can be used in very creative ways in order to deride someone. Wordplay is a trademark of the Japanese language, so it's no surprise. If not used on their own, some words may be cleverly incorporated into a person's name to add insult to injury. 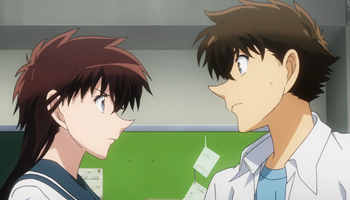 (Right: Kaito and Aoko from Magic Kaito 1412 insult each other with "Bakaito" and "Ahoko".)


For many of the terms that this article will go through, the suffix '-yarou' can sometimes be added to emphasize the insult. For example, "bakayarou". There are plenty of other terms and several other variations, but let's go through some common ones first!

One of the more common insults that might be heard in an anime. Both "baka" and "aho" are insults which are equivalent to calling someone stupid, idiotic, or a moron. They are words to mock a person's intelligence or mental capacity. However, they have slightly different nuances.

"Baka" is generally a softer term, and its use ranges from calling someone "silly" to referring to them as an "idiot". The meaning changes depending on context and the relationship between the speaker and the listener. For example, one person might jokingly call their friend "baka" and it would be the same as some friendly ribbing. Saying the same thing to a stranger, even jokingly, would still be considered rude (just like in English). 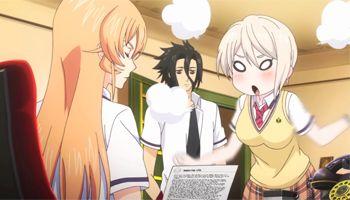 "Aho", on the other hand, is a stronger term which is closer to calling someone a literal idiot. It's a bit more insulting than "baka" and implies some empty-headedness. It's more common to call someone you know a "baka" as opposed to an "aho" unless you really are angry and trying to belittle them.

That said, the severity of these two insults is reversed in the Kansai dialect. "Aho" is considered the equivalent of "silly" and "baka" is more like "moron" in the Osaka region, compared to the Tokyo region.

(Above: Erina and Alice Nakiri from Shokugeki no Souma )

Another use of "baka" is when it's attached to a hobby or past-time. When the word is used in that context it refers to someone who is obsessed with that hobby. As an example, if one were to translate "tennis-baka" literally then it would be like saying "they go stupid for tennis" - i.e. they are a "tennis nut" or "tennis fanatic" in English.

A very rude term to insult someone's physical appearance. There are various, extremely rude ways to express this in English but the nicest version might be "ugly hag". This word is mainly used to insult girls and women but it can be used towards either gender.

"Busu" shouldn't be confused with "busutto suru" (to be sullen or disgruntled) or "butsubutsu" (onomatopoeiac phrase for complaints/muttering). While "busubusu" can be a substitute for "butsubutsu", a singular "busu" is neither onomatopoeia nor holds anything close to the same meaning. 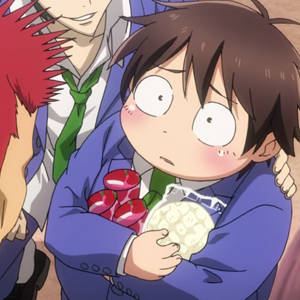 Another term to insult physical appearance. "Debu" describes a fat person, so words like "fatso" or "fattie" would be appropriate translations of the term. It's a slang term that also has a verb form ("deburu" - to get fat) and a noun form ("debusu").

Another term which might be used in place of "debu" is "buta" - literally "pig". Arita Haruyuki is referred to as "Buta-kun", i.e. "Little Piggy", by his cohort of bullies. 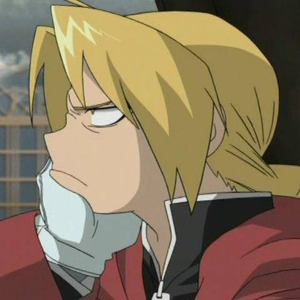 A term which many people are probably familiar with. "Chibi" is an insult levelled at people who are shorter than usual, or noticeably shorter than everyone else around them, regardless of whether their height is normal or not. Equivalent English terms can include "shortie", "pint-sized", and "runt". The term is also used to describe children ("chibi" or "chibikko"; not as an insult) and so has the added connotation of childishness when used to insult an adult.

(Left: Edward Elric from Full Metal Alchemist - someone who has far too much experience with the word "chibi"...)

More generally, "chibi" can refer to anything that is short. It has come to describe a particular art style where characters are drawn with oversized heads and tiny bodies.

These two are derogatory words derived from the address for old women and old men, "baba/jiji". The difference between the two pairs is that the vowel is drawn out for the insult. Some English equivalents of this pair of insults might be "old hag" and "old fart". However, their use doesn't have to be towards elderly people since the implication is that the recipient, regardless of age, is a crotchety old person. For example, if one were to call a middle-aged woman a "babaa" then it would be an insult towards their apparent age. 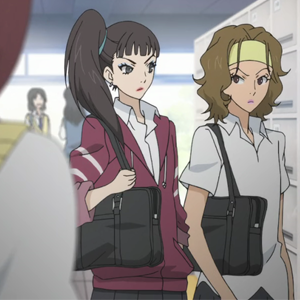 When someone is uncool or seems to be out of touch with current trends, "dasai" is used to describe them. It's a scornful insult that is perfectly encapsulated by the word "lame" in English. Variations of "dasai" include "dassa" or "dasse" (the latter tends to be spoken by males).

The origin of the word "dasai" is said to come from the phrase, "Datte, Saitama damon" (meaning " 'cause it's Saitama after all"). Saitama is a prefecture situated in the central-west Kanto region, known as an agricultural, suburban area that is somewhat unfashionable. 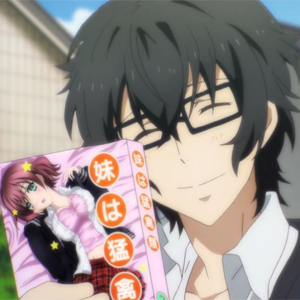 Contrary to popular belief, "otaku" is a word with negative connotations in Japan. "Otaku" refers to a group of people who are unusually obsessed with anime and/or computer and video games, particularly those who display weird or creepy behaviour with regards to their obsession. It might be affectionately or even proudly used by unknowing people outside of Japan, but using it to describe oneself in the country itself may invite judgement. "Otaku" people, to the Japanese, are like what "weeabos" are to the Western world.

Originally, "otaku" was a respectful form of address for another person, meaning "you" or more literally "your household". That connotation of the word still remains in use; it is only when "otaku" is associated with an anime or games fan that it takes on unwanted implications.

Other unflattering nouns or adjectives

And there you have it! An introduction into the wonderful world of Japanese insults. Be careful how you use these words though - just because they're used a lot in anime, that doesn't mean you should drop them freely in conversation with other Japanese people whom you've just met.

But at least you'll know when someone might be trying to trash-talk you. 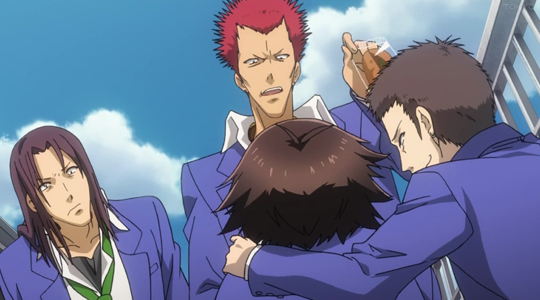