In this episode of Durarara!!x2 Ten, rumours fly around town that Shizuo has got himself a girlfriend. How will the true love of his life and soulmate, Tom, react to such shocking news? 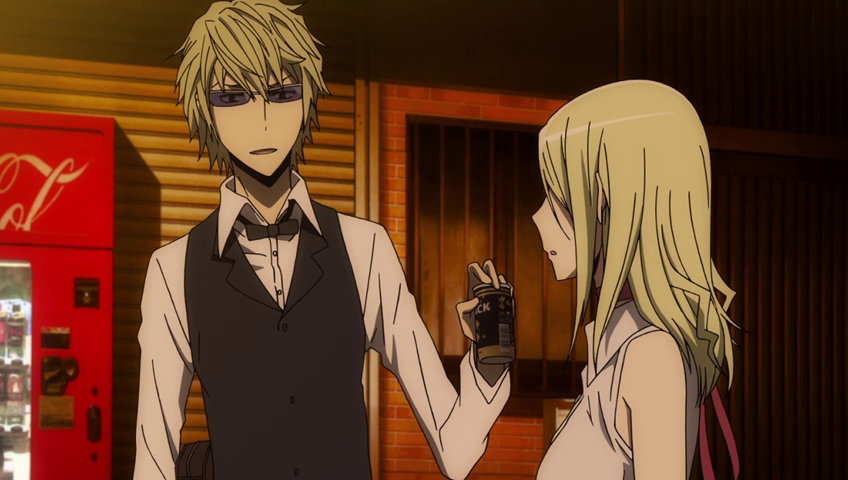 In this latest episode, we got one of the most shocking things ever to happen in Durarara. Shizuo learned how to use a vending machine properly! For the first time ever, the guy discovered that if you put money into it and pressed a button, you got yourself a nice drink, and that it wasn't just a convenient projectile for when Izaya annoys you. I'm only half joking too because in a way this is symbolic of Shizuo's latest character development and how he has become much calmer. I mean, he only punched one guy through a wall in the entire episode. By his standards, that's basically like he's been on NyQuil all day. 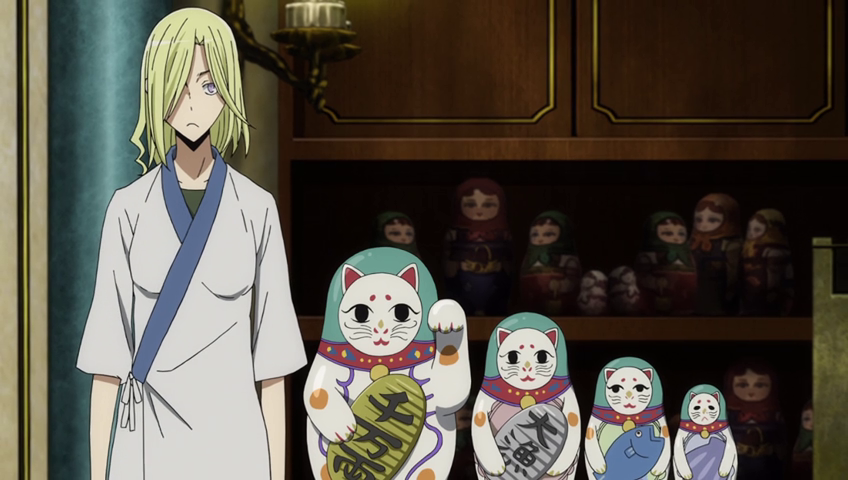 In the rotating chair of Durarara episode narrators, it was Varona's turn this week. The blonde Russian assassin was a new and exciting character last season whose story got eaten away at by a combination of the Dollars storyline stealing all the screentime and the episode that did focus solely on her having completely unfinished animation. But at the end of the last arc it wasn't apparent how she would fit into the story given that her purpose for being in Ikebukero had been lost. Well author Ryougo Narita found a home for her in Russian Sushi where her boss Simon (or Seymon as it turns out it actually the guy's name) has a long way to go before she's offering as warm and welcoming customer service as he has granted people over the years. Now listen Verona, it's very easy. All you have to say is Sushi-yo. Got that? Now follow that with Umai-yo. See, very easy. 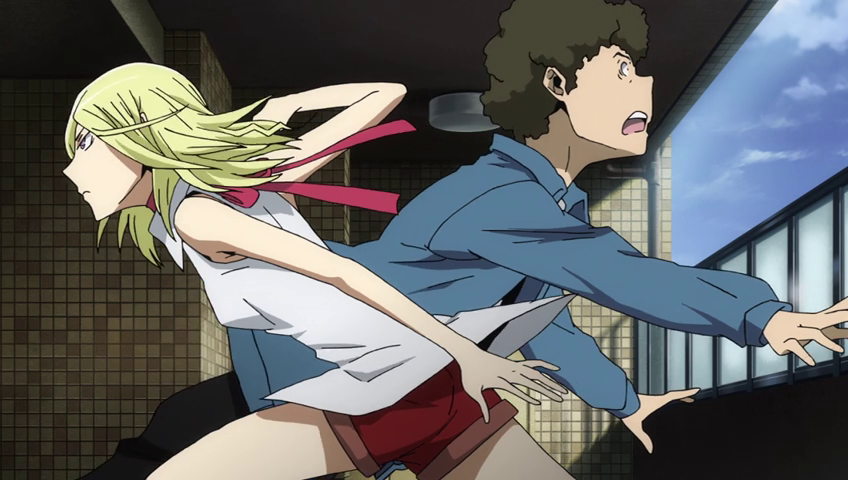 But that's not really a permanent solution for her character. That just turns her into an amusing slideshow for when the rest of the characters fall for Simon's aggressive advertising and stop in Russian Sushi. It doesn't give her a goal or a new story arc to follow, and the author really does seem to like her character. Asides from the simple fact that Narita just generally loves writing about serial killers (see Hollywood from earlier in Durarara and of course Ladd Russo and The Rail Tracer from Baccano.), I feel like he feels he hasn't written enough sexy ladies for Durarara. Sexy men sure, we have plenty of them. Shizuo, Izaya, Shinra, even Simon now that we've seen him out of his chef uniform, the guy has an impressive physique...or maybe that's just me. But if you want sexy ladies you have to be into headless Irish fairies or else you're out of luck. Also the Durarara light novel is published by Dengeki Bunko, who have made something of a habit over the past several years of featuring plenty of attractive ladies in its titles. Publisher pressure maybe? Although trust Narita to say "sure you can have a sexy lady, she's just a psychotic Russian serial killer". 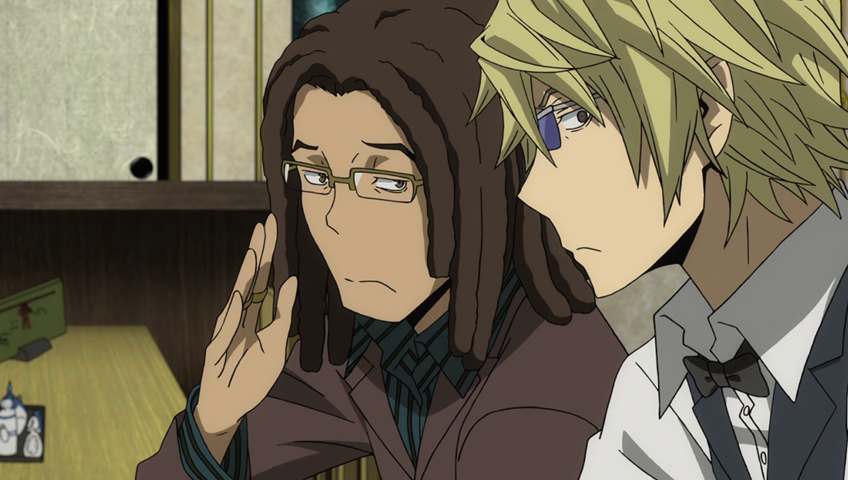 So Varona's new arc focuses on her obsession with Shizuo. For a woman who has spent her life killing random thugs in an attempt to see how far the human body can be pushed, meeting Shizuo was a life changing experience. Her explanation why it was Shizuo in particular that fascinated her and not Celty is fantastic. Celty is just a monster, so that's easy to explain away. Shizuo though is human. A human who responds to having a knife thrown at him as though you had thrown nothing more dangerous than a piece of styrofoam. Of course that would shake Varona's world. So when she gets told to tag along with Shizuo and Tom (you decide which of the three in that party is the third wheel), it opens up a whole new life goal for her. She can shadow Shizuo and learn more about this man right up until the point where she kills him. Learn aaaaaaaall about him if you know what I mean. As Tom points out, Shizuo is a fairly attractive man. Oh Tom, I always knew you had a thing for Shizuo.