Sexy Scenes in Highschool of the Dead

"How can zombies be sexy?" you ask. The answer is simple: they aren't! Here we'll be discussing the more attractive aspects of Highschool of the Dead. In the midst of a pandemic, what can be more important to the fight than a band of girls with brains and brawn, but most importantly beauty? 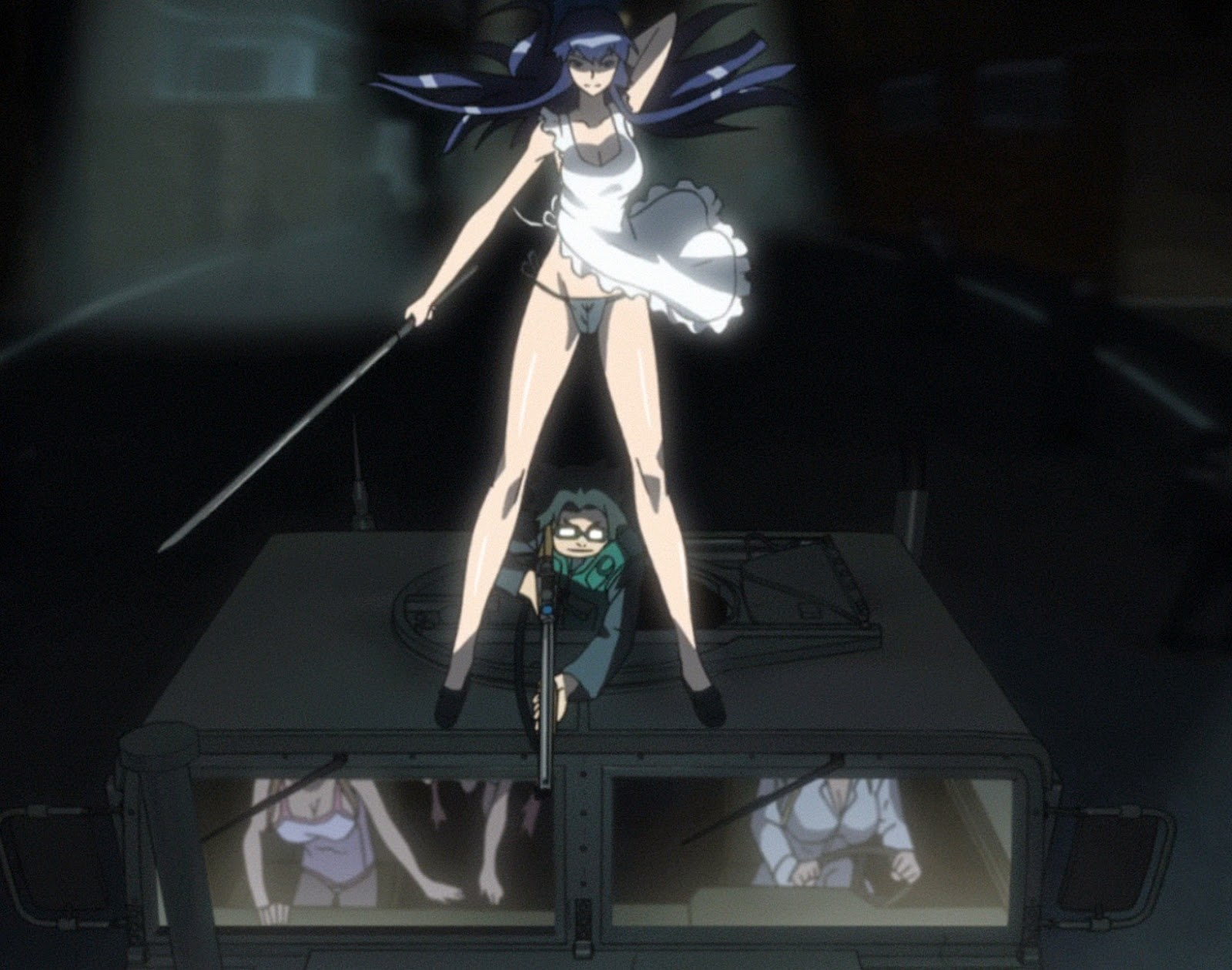 There’s nothing like riding in style, especially the way Saeko does it in Highschool of the Dead. When on the way to save Komuro from a horde of zombies, Saeko and Kouta are prepared to attack anything that gets in their way. The question is: why is Saeko on top of the Humvee with only an apron and panties on? With all the blood and gore of the day she's washed and put them in the dryer, but the problem is they’ve left the house behind. Her lack of clothing only enhances the sexy display of confidence Saeko has riding atop the vehicle. It’s not every day that there’s a barely clad woman ready for battle with her bamboo stick prepared to chop down the masses. Marching into battle is the new sort of sexy. 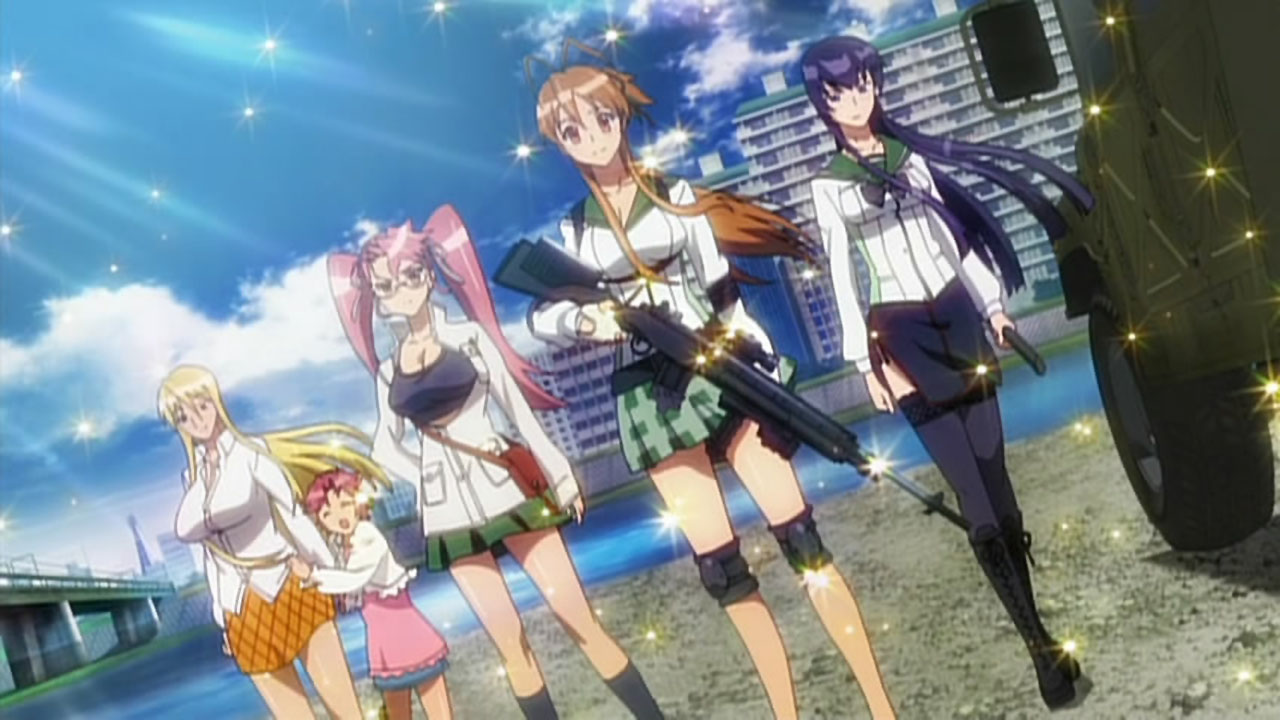 How can this possibly be sexy when all the women are completely clothed? Even fully clothed these girls are still sexy! This subtle display of sexy comes from the confidence that radiates from the women who are ready to defeat anything in their paths, but mostly zombies. It doesn’t hurt that the clothes only emphasize their figures, such as Shizuka’s chest or Saeko’s thigh. Rei's bold handling of the gun and Saya's determined glare also radiate sexiness. 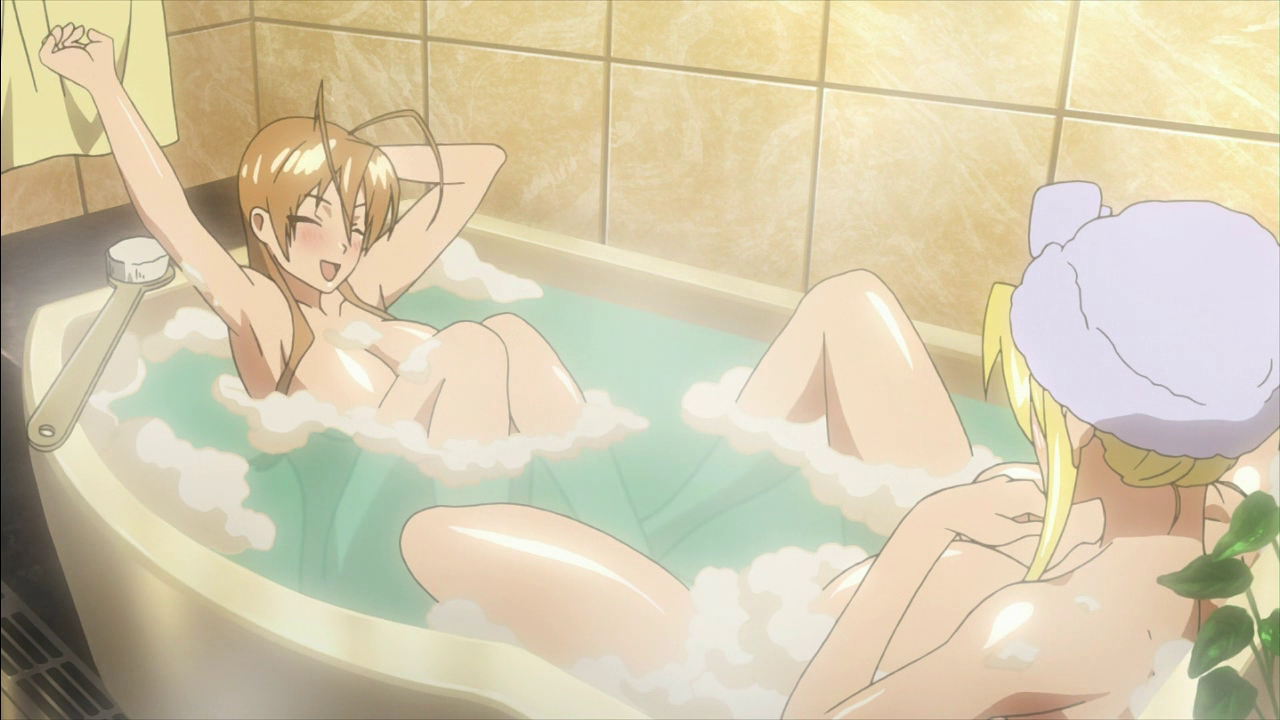 Highschool of the Dead is rated M for mature audiences for a reason! The group has just spent the last twenty-four hours fighting for their lives and are now covered in the aftermath of the gore. In Shizuka’s friends’ house, the ladies are ready for a bath. This is a quiet sanctuary, a paradise from the gruesome horror that their world has been plunged into. It’s here that the girls can toss their cares to the side and enjoy a moment of peace. It's playtime in the bathroom as the girls rinse off and mercilessly tease each other. The sexy display isn’t lost on Kouta, but Komuro would rather live to see another day than be beaten to a pulp for spying on their nudity. 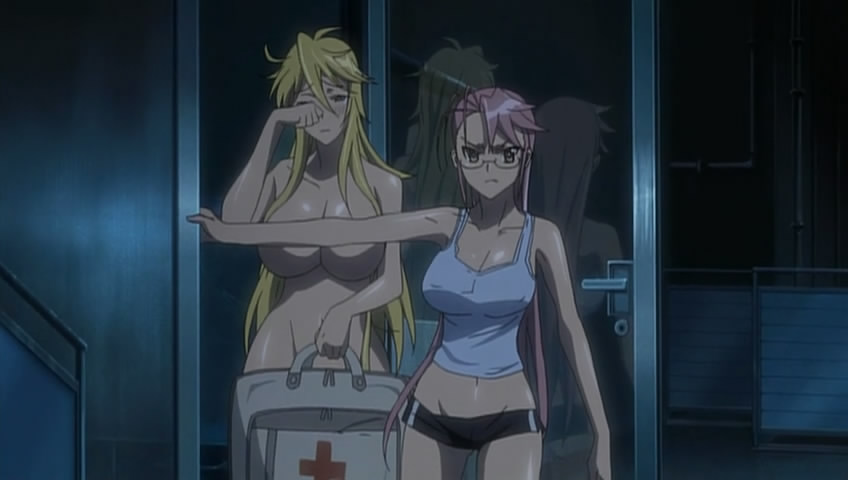 It’s time to gather the crew and leave the house after a little bit of rest. Nurse Shizuka Marikawa doesn’t take notice of her nudity as Saya Takagi drags her from sleep in order to leave their safe house. A sleepy Shizuka is a sexy Shizuka, which is the reason for Kouta's multiple nosebleeds. Saya’s appearance is just as sexy given her barely covered body, but at least she spares Kouta from a full on nudity attack. It’s only later from running around in the nude that Saya asks Shizuka to put on some clothes. Before packing into the vehicle to rescue Komuro, Shizuka and Saya raid the closet and grab clothes for the other ladies dressed in revealing clothing. Although fighting zombies in little clothing is almost as sexy as it can get, the girls will eventually need clothes to carry on their journey through the living dead. Check Out Some of the Sexiest Scenes!