Anime boobs should be handled with extreme care.

If the title didn't tip you off, assume that every video, picture, and link is not safe for work.

Oppai is love, oppai is life. Anime boobs teach us so much. Get ready for the lesson of a lifetime!

Learning About the World in... 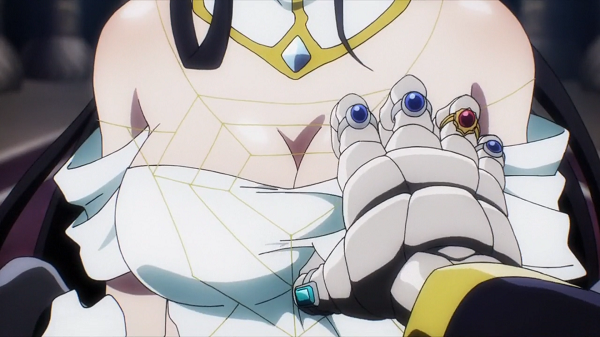 When salaryman Momonga wakes up as a character in his favorite video game, he suspects that the game has come to life. How does he confirm this? He asks his most trusted lieutenant to let him grope her, of course!

Why? Because the fact that he can do lewd things means he's no longer in a game rated for teens—he's in a new world, and the characters are now real people with feelings and desires. It's not every day that second base establishes a setting!

Saving the Environment in... 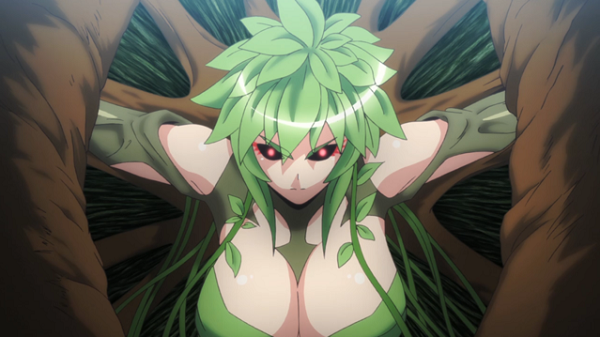 As tempting as it is to make this whole list about Monster Musume, that's not an option. But anime boobs are central to saving the day when our hero Kimihito Kurusu is attacked by a building-sized dryad. She's mutated by a chemical dump and hates humans. Kimihito's slime girlfriend Suu suggests sucking out the mutating chemicals. How? Straight from the tap. 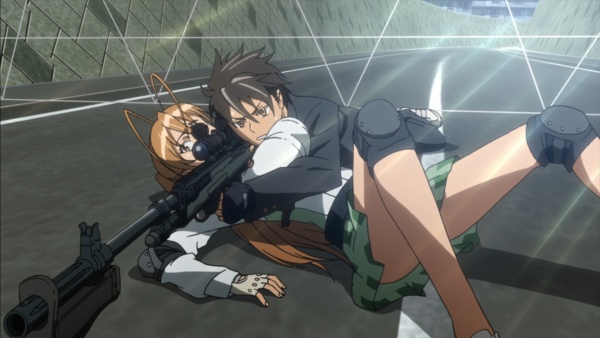 Zombies are attacking, and Takashi Komuro needs to learn how to use a sniper rifle, fast. While his friend shouts instructions, Takashi tackles his crush to the ground and braces the rifle against her beautiful anime boobs. The recoil does her no favors. As Takashi fires into the crowd of undead, his classmate Saeko fights them off with a wooden sword. While striking down ghouls, she dodges a sniper round... one body part at a time. 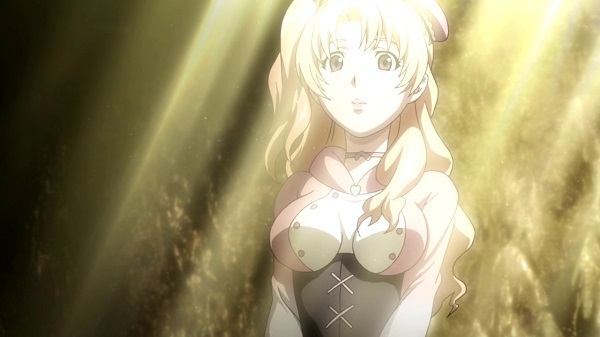 When Dandy rescues the beautiful Mamitas from a horde of aliens, it's lust at first sight. But Mamitas is actually a cleverly disguised Deathgerian—an enormous alien that eats anything and everything. But how does a normal-looking human girl become a monster the size of a spaceship? Well, there's a reason her name is Mamitas. 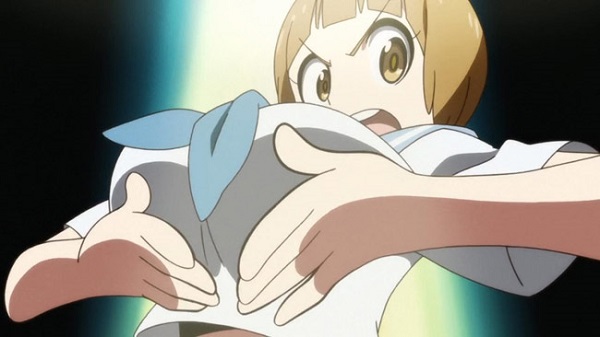 Ryuuko Matoi may be Japan's strongest schoolgirl, but sometimes she needs a pep talk from her bestie. After a thrashing from scantily clad student council president Satsuki Kiryuuin, Mako Mankanshoku tells Ryuuko to win by stripping—her anime boobs are bigger than Satsuki's, so she can't lose. Not weird enough for you? By the science of Kill la Kill, this actually makes sense! 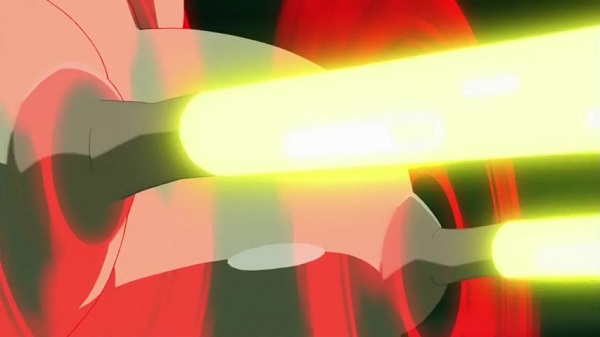 High School DxD is well known for its busty characters and perverted plot. But episode 3 takes fanservice to goofy new heights with a rogue devil who fires lasers from her nipples. Not since Tokyo Gore Police have oppai been so deadly. 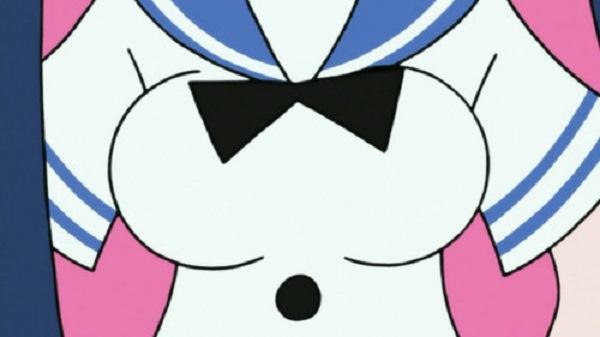 The Anarchy sisters are angels, but they certainly don't act holy. When they're not fighting evil spirits, Panty and Stocking are rude, lazy and gluttonous. But no matter how many sweets Stocking eats, she claims that the weight goes to all the right places. Is she right? You be the judge of her unique anime boobs! 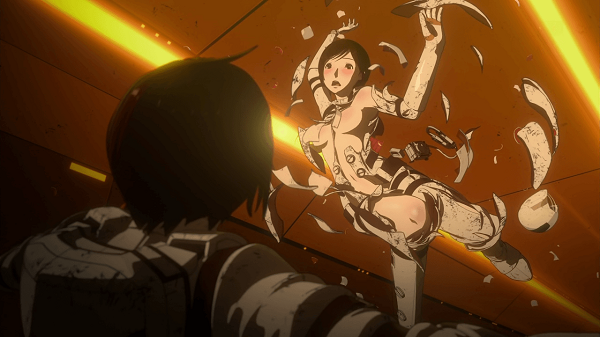 In the far future, some humans are third-gender hermaphrodites that become male or female when they find a suitable mate. Izana Shinatose's feelings for her friend Nagate Tanikaze trigger her transformation. On the way to a training exercise, she's outed by a literal wardrobe malfunction after her spacesuit rejects her! 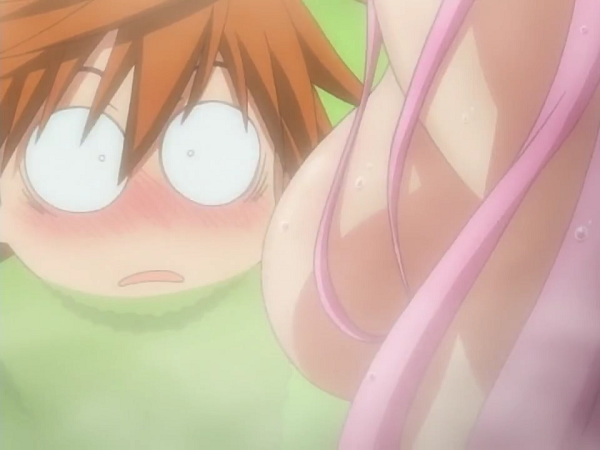 Rito Yuuki is frustrated. He's too nervous to talk to girls—especially his crush—and just wants to take a bath in peace. His hopes are dashed when a runaway alien princess teleports into his bath with him. He accidentally grabs her oppai... and on Princess Lala's planet, that means "Will you marry me?" The answer is yes! 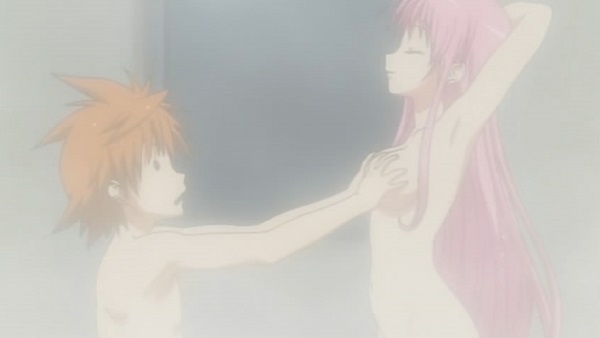 Then it turns on. With no concept of arousal, consent, or restraint, Anna handles it... poorly.

Cooking with Madame Vice President in...

The Underground Student Council of Hachimitsu Academy has some... shall we say, distinctive members. Vice President Meiko Shiraki is as well-endowed as she is sadistic, and isn't afraid to show it. But her preferred fashion sense causes its share of problems, and the only thing funnier than those is her stubborn refusal to wear something that fits her enormous anime boobs better. 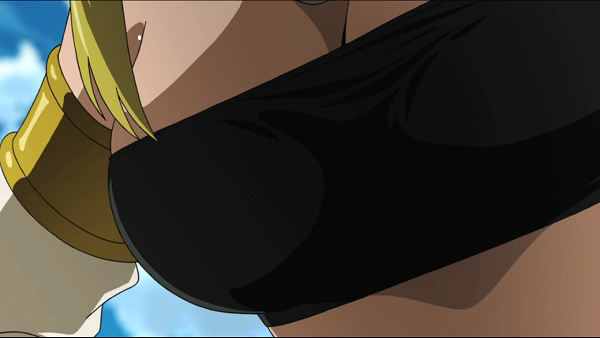 Country boy Tatsumi is thrown out of an army recruitment office. He hears a voice and looks up. What he sees? Why these anime boobs, of course. That picture sums up our first encounter with the voluptuous assassin Leone. Already frustrated at being rejected, Tatsumi easily falls for Leone's job offer, to say nothing of her tube top. Leone swindles him out of every penny, because it's not just about the assets—it's how you use them.

Beauty and the Beach in... 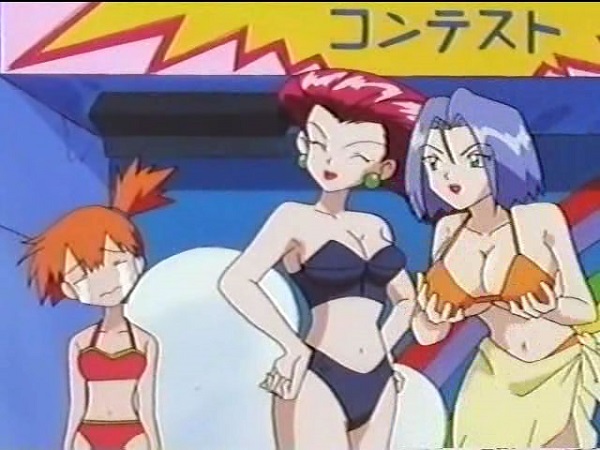 Famously banned outside of Asia, episode 18 of Pokémon features Musashi and Kojirou (Jessie and James to English audiences) entering a beauty contest to make a quick buck. The reason for the ban? Kojirou happens to be a fantastic cross-dresser. (If you couldn't tell, he's the one with purple hair!)

How'd They Count That in... 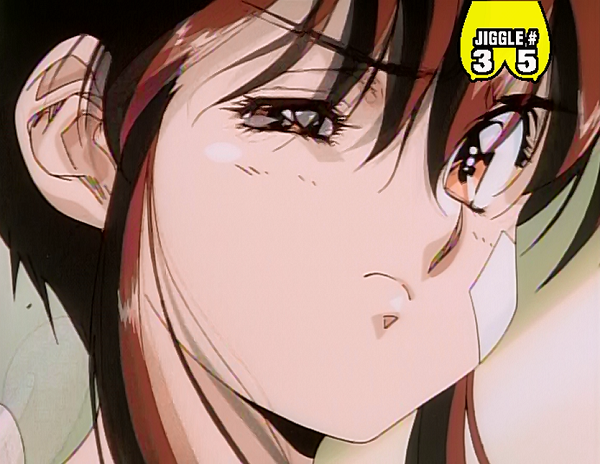 Plastic Little is a bizarre OVA about a teenage girl who catches and sells rare animals on an alien planet. But it's not here because of its plot. There's so much boob physics in this one that the American DVD release by ADV Films features a "Jiggle Counter." 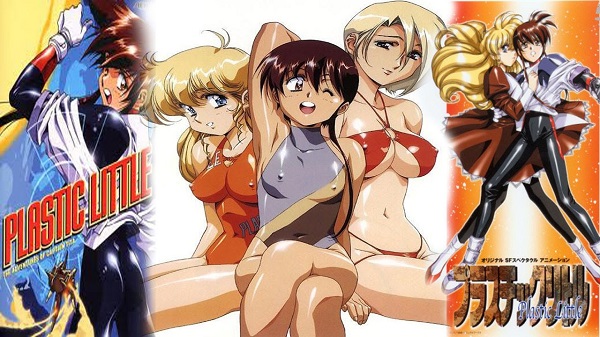 There Can Only Be Two in... 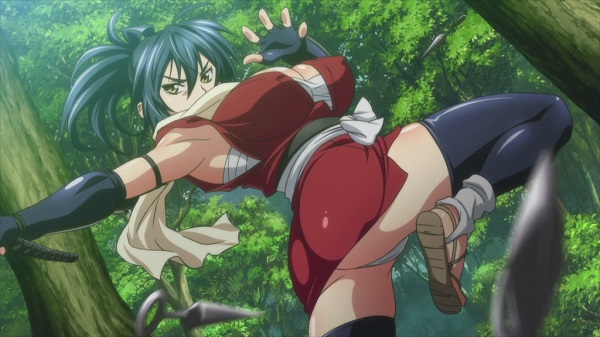 What is better than an article about anime boobs?

Want to explore the world of boobs further? The From Flat to Humongous: Japanese Slang About Boobs article is just what the doctor ordered!

For equal opportunity butt appreciation, also be sure to check out these Amazing Asses.