The Dragon Ball franchise is one of the most popular in the world. And, although all of the anime series mainly focus on the epic battles between male characters, the ladies also play a huge part throughout! Let's pay tribute to these hot and sexy Dragon Ball girls! 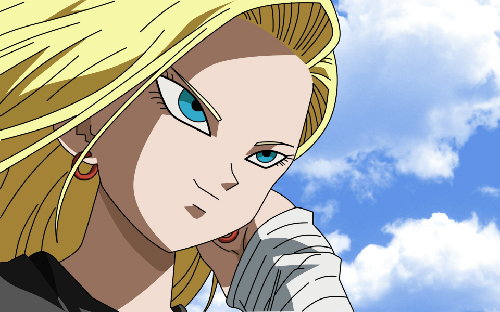 Android 18 was created by the nefarious Dr. Gero for the sole purpose of killing Goku, as he held a grudge against Goku since Dragon Ball. In Dragon Ball Z he created 18 as a tool to extract his vengeance. 18 is a powerful fighter who is as beautiful as she is deadly, capable of treating the Saiyan Prince Vegeta as a plaything during battle. Unfortunately for her, she played a secondary role in Gero's plans. She, along with her brother 17, were meant to be absorbed by Gero's masterpiece Cell. Cell eventually succeeds in his goals, but Android 18 is freed from his body thanks to a well placed punch from Gohan. Eventually Android 18 gives up on her quest of fighting Goku and settles into civilian life, even marrying Krillin and giving birth to his daughter. 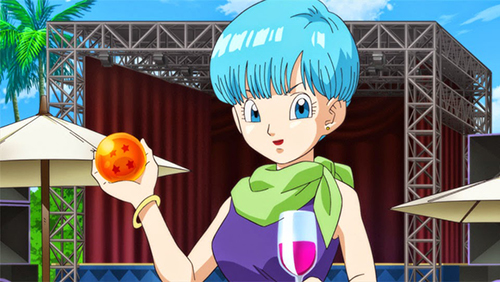 Bulma is the female Dragon Ball Z character who has played the largest supporting role throughout. Initially an important main character, she eventually settles into a supporting role as the series progresses. She is the daughter of Mr. Briefs and Mrs. Briefs, and a genius inventor in her own right. While searching for the Dragon Balls, she meets and eventually befriends a young Goku. Throughout the story, Bulma is one of Goku's most dependable allies that lacks actual fighting skill. She even accompanies Gohan and Krillin on their mission to Namek. Bulma is known to be a bit boy crazy, and for much of the series Yamcha is her boyfriend. Eventually Yamcha and Bulma begin to drift apart, and Bulma becomes attracted to Vegeta, who is now stranded on Earth. This attraction culminates in Bulma and the Saiyan Prince having a son named Trunks. Bulma's hairstyle and clothing has changed more than any other character in Dragon Ball. 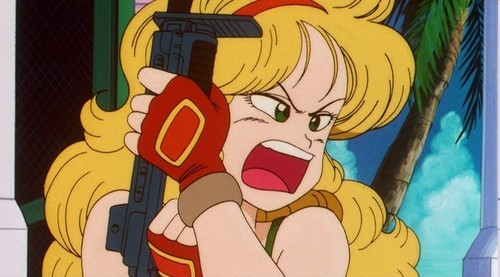 Launch played a secondary role in the Dragon Ball manga and anime, but appears very little in the Dragon Ball Z anime. Dragon Ball author Akira Toriyama states he simply forgot about her down the line. Launch suffers from multiple personality disorder. Normally she is a polite young lady with blue hair, but when she sneezes she transforms into the gun wielding, foul-mouthed blonde seen above. Launch is in love with Tienshinhan; one of her most memorable Dragon Ball Z scenes shows her mourning over Tien's death at the hands of the Saiyans.

Videl is introduced as a friend of Erasa, and one of Gohan's classmates when the latter begins attending college. She is the daughter of the self-proclaimed savior of the world, Mr. Satan. Because of her upbringing, she does have a martial arts background, and is super sassy to boot. She's one of the first out-of-the-loop characters to learn that Gohan and the Golden Fighter are one and the same. She and Gohan eventually marry and she gives birth to their daughter, Pan. Like another character further down, Videl goes through several hairstyles. 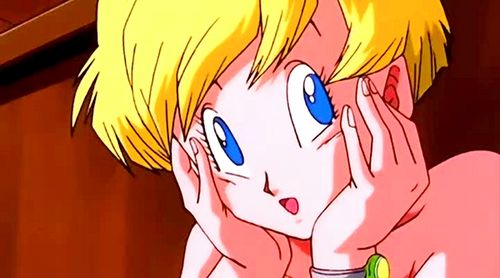 Erasa is another obscure but hot character, as Dragon Ball Z isn't very big on lead females. Erasa is introduced during the Majin Buu saga and doesn't really do much after that. She's a College student and friend of Videl. She also appears at the 25th World Martial Arts Tournament and witnesses the brutal beating Videl receives at the hands of Spopovich. 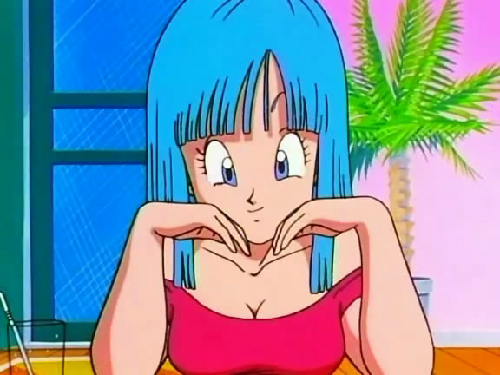 Maron is an anime-only character who appears in very few Dragon Ball Z episodes. Maron was introduced during the Garlic Jr. Saga as Krillin's beautiful though ditsy first girlfriend, and served little role in anything besides providing blatant fan-service. She also appears very briefly during the Android Saga to provide some comic relief alongside the lecherous Master Roshi. Though Maron shares her name with the daughter Krillin eventually has with Android 18, Toriyama has stated this connection was not done on purpose. Though it is funny to imagine Krillin just can't get over his first love. 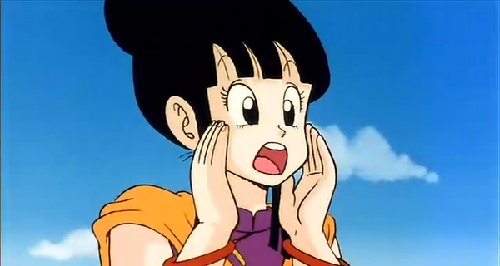 Chi-Chi is the daughter of Ox-King, wife of Goku, and mother to Gohan and Goten. She was initially a shy and easily frightened girl, but eventually became a bit of a tomboy and morphed into a stern mother when Gohan was born. Chi-Chi also has a martial arts background. She defended herself against various villains as a small child, and managed to advance quite far in the 23rd World Martial Arts Tournament as a teen. She also took some time to train Goten, which triggered Goten's first Super Saiyan transformation. 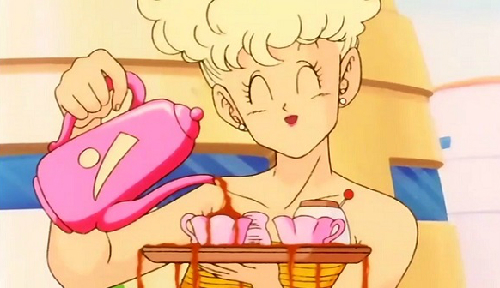 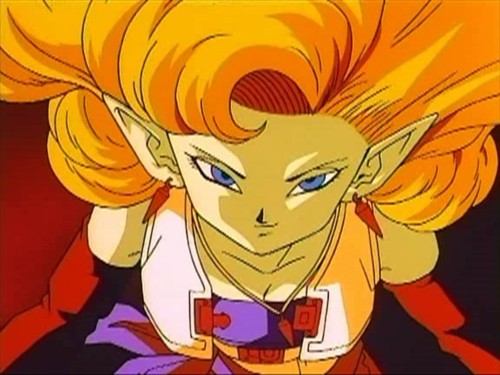 This curly haired beauty was one of Bojack's henchmen and easily dispatched of Krillin. Once again, she's an obscure character who has only appeared in Dragon Ball Z video games and a standalone movie. She's eventually destroyed by Bojack after being overcome with fear when she witnesses the power of Super Saiyan 2 Gohan. How many members of the Son family have we watched grow up? I know, stupid question. But Pan is the first female of the family that we have been able to watch blossom from an adorable baby girl into a beautiful young lady. However, although her body has most definitely matured, her innocent smile is just as cute as the day she was born. As the daughter of two of the sexiest anime characters of all time, it's no wonder that this sassy sweetheart made her way into this list! Bra is blessed with the beauty and brains of her mother, Bulma, as well as the powerful personality of her father, Vegeta. Although she only makes a couple of appearances in the Dragon Ball saga (in her matured form), she has definitely made her mark on the franchise - and in the hearts of fans worldwide. Mai serves as not only the female minion of Emperor Pilaf, but also the comical relief of their clumsy alliance. Although she is known to be quite intelligent, she has a carefree personality which constantly leads to her angering her poor leader and messing up his brilliant plans to take over the world. Paresu is the ditzy, yet lovable, girlfriend of Goten in Dragon Ball GT. Her most famous moment in the series is when she is on a date with Goten, and she finds herself faced with a conundrum when she is handed an ice cream cone - she thought that you could only eat ice cream with a spoon. Having grown up surrounded by some of the oddest people in the universe, who could blame Goten for falling for such a unique young girl? Colonel Violet may have only gotten a couple scenes worth of screen time, but as the sole female officer of the Red Ribbon Army, she definitely deserves some respect. Due to her lack of sympathy towards her fellow comrades, she is often seen as a cold-hearted and greedy character. However, she also has a softer dere side, which can be seen in the compassion she showed towards a wounded monkey who had fallen into her arms. And what's hotter than a girl petting a monkey? 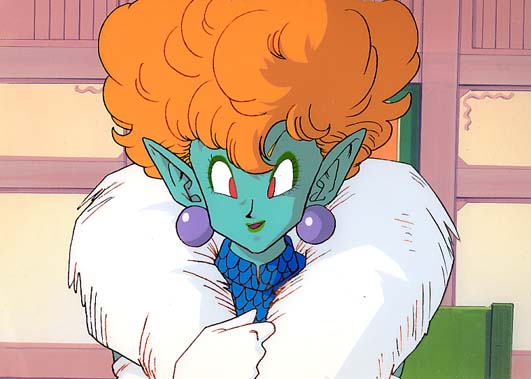 Princess Snake is a filler character that does not appear in the Dragon Ball manga, or even in the MAL database. Described as a Snake Goddess, she rules in a palace on Snake Way. While Goku traveled the winding road of Snake Way to train with King Kai, he stops by Princess Snake's palace. Princess Snake feeds and pampers Goku in an attempt to seduce him. However, Goku remains loyal to his family and his dedication to training with King Kai, and decides to leave. Princess Snake flies into a rage and reveals her true form, a monstrous snake creature. She gives chase to Goku, but is tricked into tying herself into a knot.

Though Dragon Ball Z is light on female characters, several of them have played memorable roles throughout the series. Furthermore with the emergence of Dragon Ball Super, there is the chance that a female character could be pushed into the spotlight very soon.