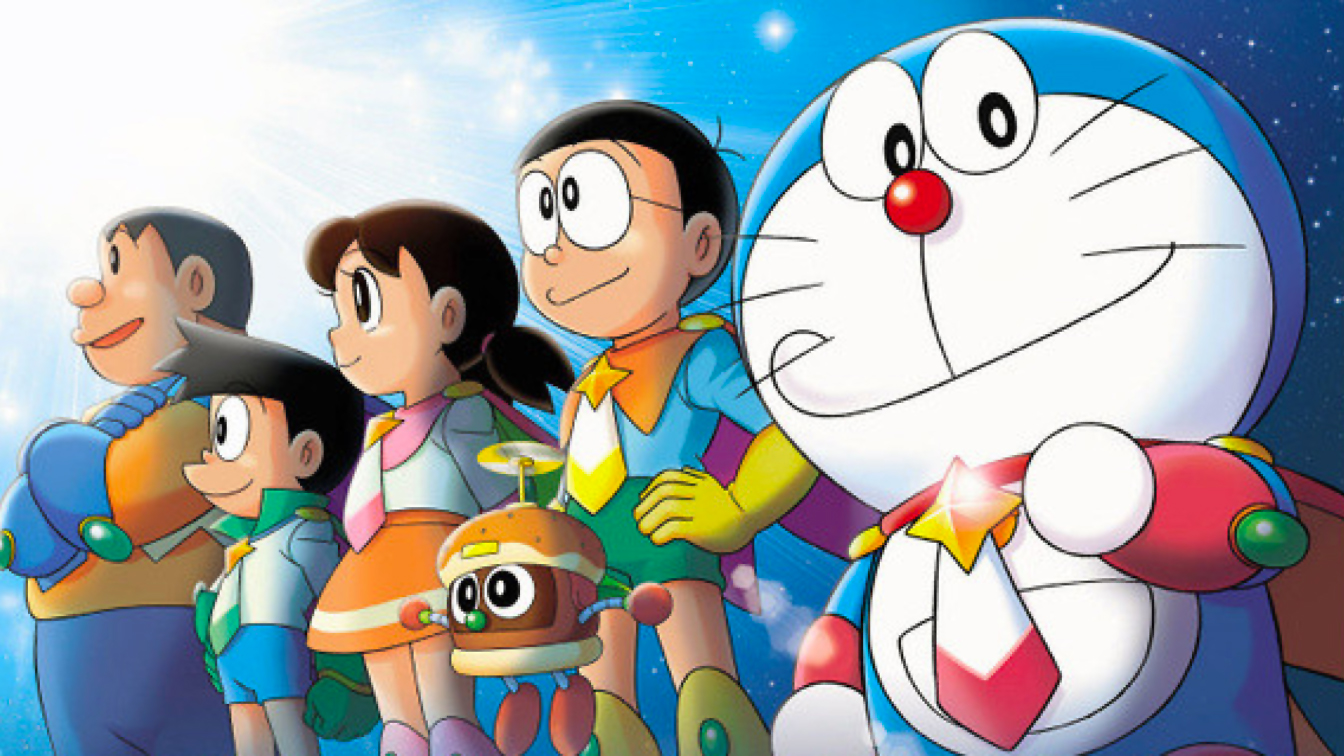 Anime is a very successful source of entertainment. It has tons of fans in both Japan and overseas. In fact, I think it’s safe to say that quite a few anime fans live on the other side of the ocean. We may think we’ve seen it all, but there are plenty of anime series that are virtually unheard of overseas, and at the same time, are almost all anyone is talking about in Japan! I know, I know, it’s a big shocker isn’t it? Let’s take a look at some of the series that are almost non-existent overseas, and why that might be. 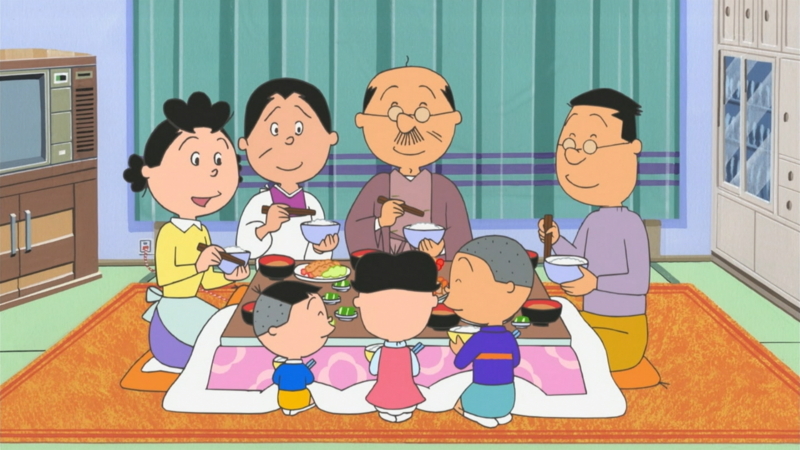 Ever heard of Sazae-San? Maybe? No? Sazae-San, what the heck are you talking about? Well, Sazae-San is a show exploring the daily life of Sazae, a young woman living with her husband, children, siblings, and parents. It has been airing since 1969. You could classify it as a member of the ‘slice of life’ genre. But wait! There are tons of slice of life anime out there that are amazingly popular overseas, like Clannad. What makes this Sazae-San show so different? Well, Sazae-San is one of those shows that explores ‘daily misadventures’ like getting lost at the mall, shopping, your car breaking down, whatever. It doesn’t have as deep a plot, or characters development and back story as Clannad. People in Japan love this series, because it is a perfect, family friendly, show. It does not contain violence, swearing, or sexual content. However, this doesn’t seem to attract audiences who live in other countries. Why? Because all countries across the ocean already have their own examples of family friendly, slice of life shows. Unfortunately, this makes Sazae-San seem boring to most overseas viewers. At the same time, it is a nostalgia classic for viewers in Japan.

Doraemon is another show that ran into the same fate as Sazae-San. Including comedy, adventure, and time travel, Doraemon is another show aimed at children and families. It didn’t have a fighting chance overseas. It was weighted down compared to all the similar shows that children and families overseas already had access to. Just take a look at SpongeBob SquarePants. However, fate also had a role in the unpopularity of Doraemon. The show has not been preserved well, and after an accidental fire, very little footage of the original series still remains. Now, even in Japan, it is almost impossible for viewers to access full episodes with uninterrupted audio and visuals. Although, newer more recent versions have been made, they have still not been deemed popular overseas for previous reasons. 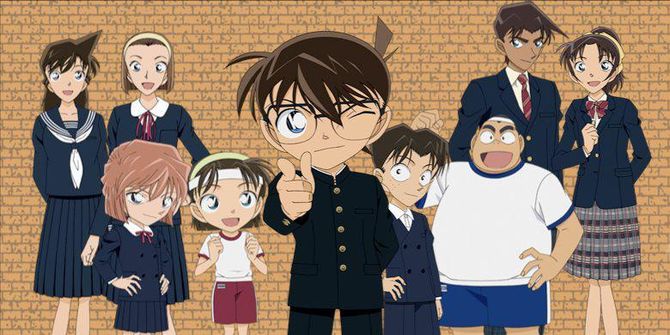 Case Closed (Detective Conan) and Urusei Yatsura are two anime series that are a bit of a step up in popularity from Sazae-San and Doraemon. In fact, I am positive that some of you have watched, or at least heard of, these titles. Unlike the last two shows, these anime series contain deeper themes, more ‘intense’ moments, consistent plots, developing characters and even some sexual content. Yet, these shows are not all that popular overseas. Why? Well, part of it is the era when they first premiered. Both shows were stuck in the shadow of other series. Urusei Yatsura came out in the 80’s, a time when everyone was distracted by Dragonball, and Dragonball Z (especially in the West.) Not to mention, everyone was super excited about the rising director, Hayao Miyazaki. Detective Conan came out around the same time as Neon Genesis Evangelion. It just didn’t stand a chance. Not to mention, by this point, the anime industry had not yet become steadfast in other locations other than Japan. The people who were watching anime were too busy with shows like Evangelion. If Detective Conan and Urusei Yatsura had come out in different times, and gotten a little more exposure, there is a small chance that they would’ve had a larger fan base overseas. 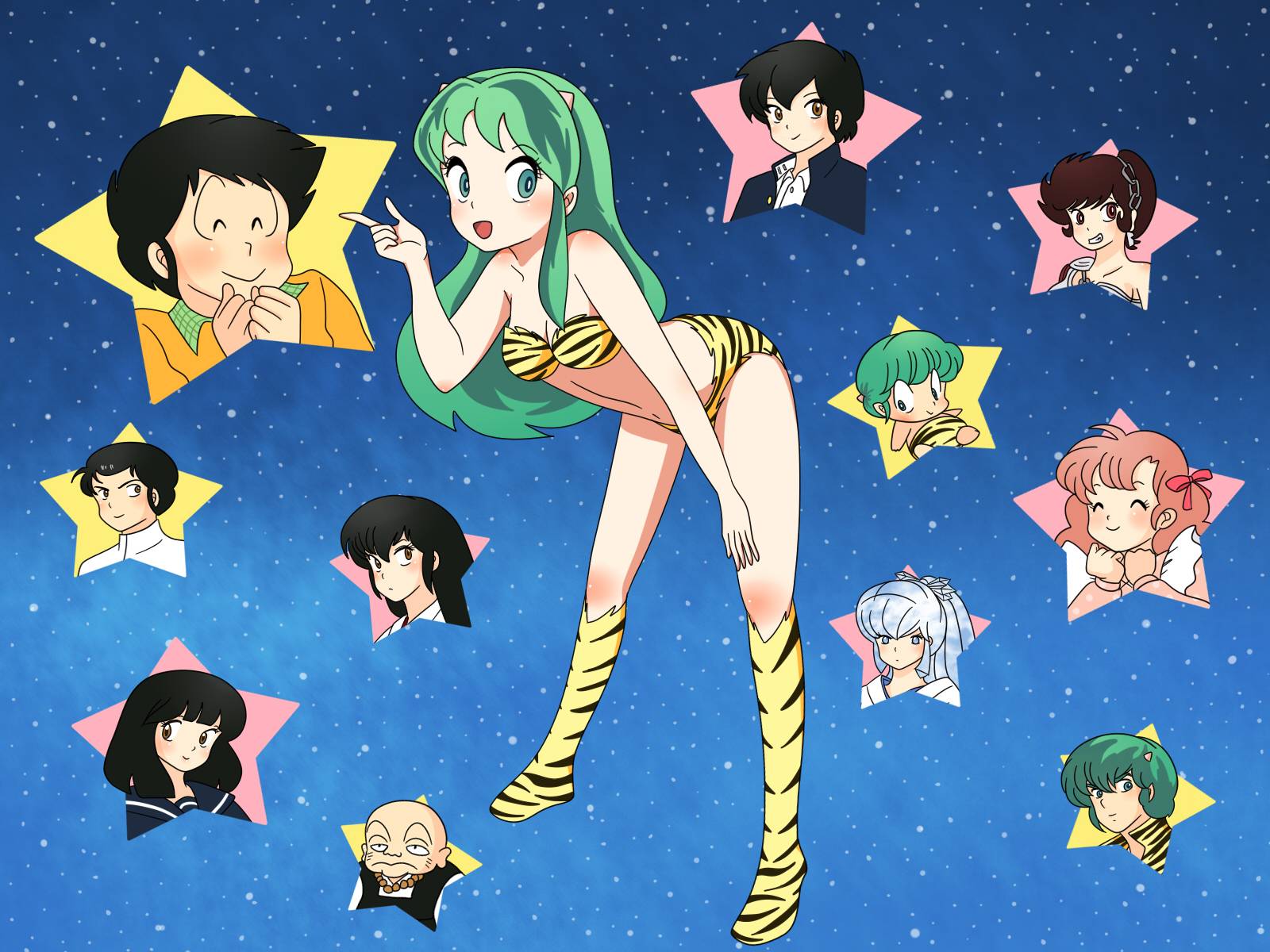 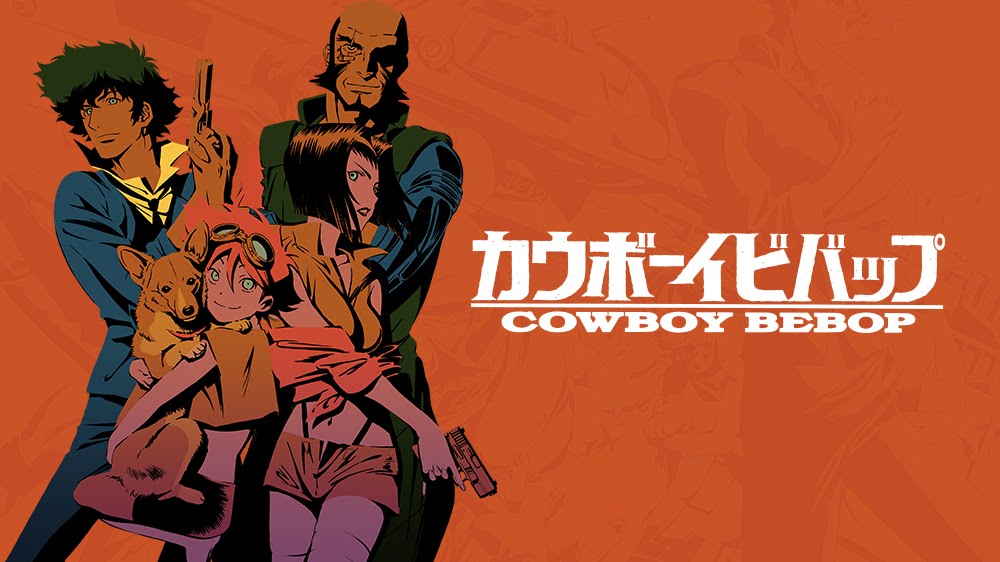 With all that being said, there are some scenarios where certain anime are more popular overseas than in Japan. You should all know about Cowboy Bebop. Cowboy Bebop is one of the most popular and influential anime series ever. Some people even consider it to be a crime to have not seen it! It is one of those shows that is worth watching, even for non anime fans. You’d think it would be just as popular, if not even more popular, in Japan. Well, think again. Don’t get me wrong, it definitely has lots of hype in Japan. People do love it. It is an extremely successful series, throughout the entire world. It sold immensely in Japan, but now people just kind of have this ‘been there, done that’ sort of attitude towards it. Although it is still a huge inspiration behind most anime series to this date, people in Japan are just ‘moving on’ from it.

The long running shounen series, One Piece, is the exact opposite. Let’s be honest, all members of the anime community have at least heard the name One Piece. People love it, and it is considered one of the best, if not the best, long running series out there. People overseas love it, but the hype is nothing compared to praise it is given in Japan. In America casual greetings include sayings like: "Hi, how are you today? The weather sure is nice, wouldn’t you agree?". In Japan, this also applies, but it’s also like: "Hey, have you seen the new episode of One Piece, or read the latest manga chapter? What episode of One Piece are you on?" Okay, okay, that was an exaggeration. But honestly, Japan loves One Piece much, much more then places overseas in comparison. So if you’re a One Piece fan, I highly recommend you spend some time in Japan. 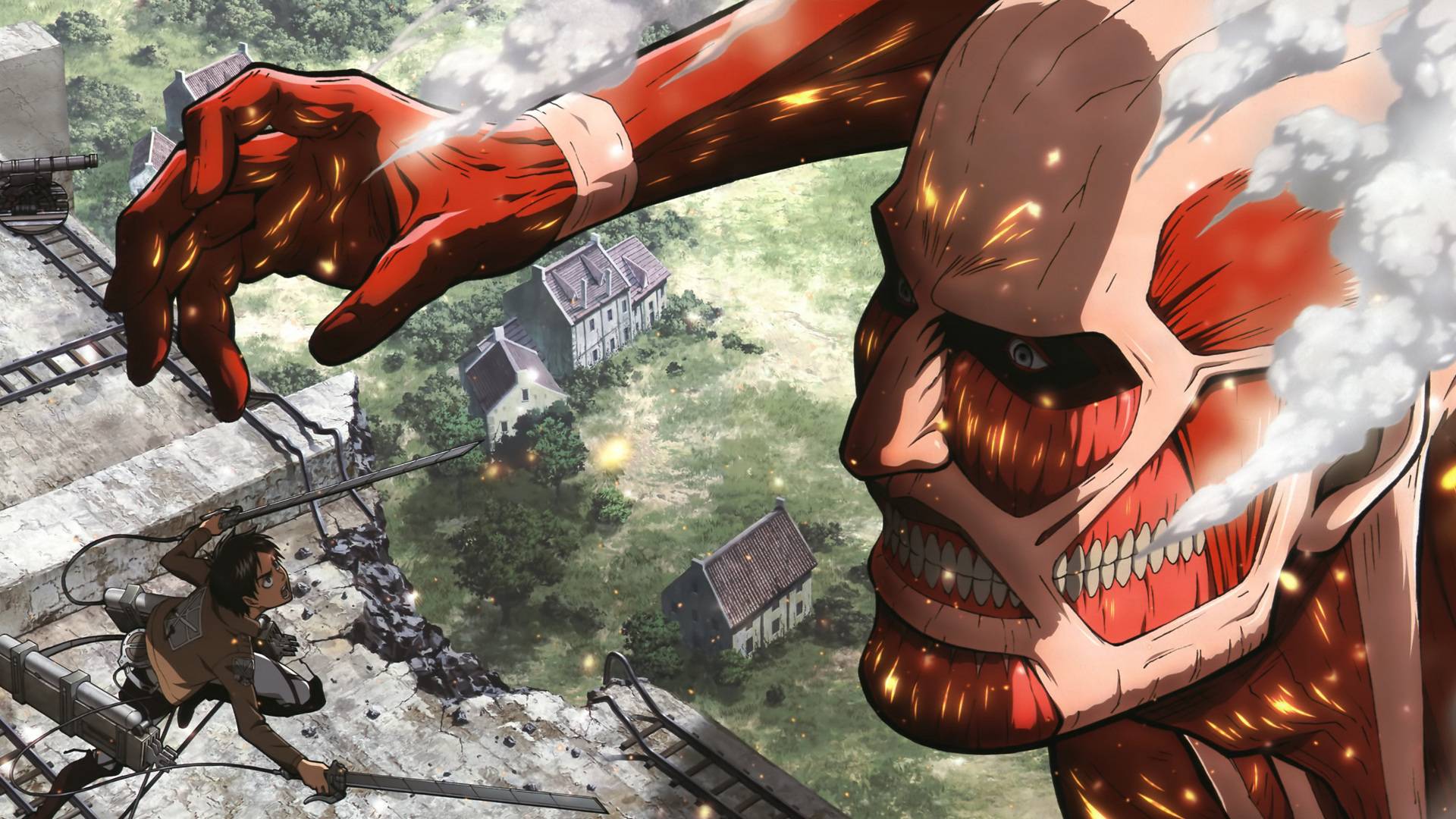 Businesses are always competing with each other, and the anime industry is no different. Different series are always competing with each other for the attention of the target audience. Countries overseas (especially the West,) already have their classics, like ‘The Simpsons’ or ‘Modern Family’ so when it comes to target audiences, the anime industry is trying to sell shows like Clannad, Elfen Lied, Your Lie in April and Attack on Titan. Or, the shows that people overseas don't already have. Those are the anime series most people across the ocean want to watch. That means shows like Sazae-San aren’t able to hold their own overseas They become beloved in Japan, but unheard of anywhere else. Anime has been able to weave itself into pop culture, as with Cowboy Bebop, or Attack on Titan. Countries overseas doesn’t need shows like Sazae-San when they already have shows like ‘The Partridge Family.’

Anime is still growing overseas and not many people have had a very rich exposure to it. The ‘hard core’ fans watch shows like Evangelion. But, some people who live somewhere other then Japan are not as lucky to be exposed to the same kind of series. Everyone overseas (especially in North America) knows what Pokémon is, and from there, they are introduced to different mainstream shows like, Dragonball Z, One Piece, Naruto, Fairy Tail, or even just Death Note. Therefore, they aren’t able to have a deep and rich experience as an anime fan. This is not a bad thing. These shows are great. It is just a shame because other shows, like Detective Conan, are not receiving all of the credit and recognition they deserve. This is another reason why some anime series are so unnoticed overseas.

There are so many incredible anime series out there, making it impossible to watch them all. This means that different respective shows are going to be more popular than others. This is simply a fact. However, that doesn’t stop us from getting introduced to more and more anime series! Do research, listen to others opinions, make recommendations. Help the anime community grow. It will only further your knowledge and experience as an anime fan. Who knows, maybe you’ll discover an amazing, unheard of series, show it to your friends, and have bragging rights for being the first to find it... one of the best feelings in the world! 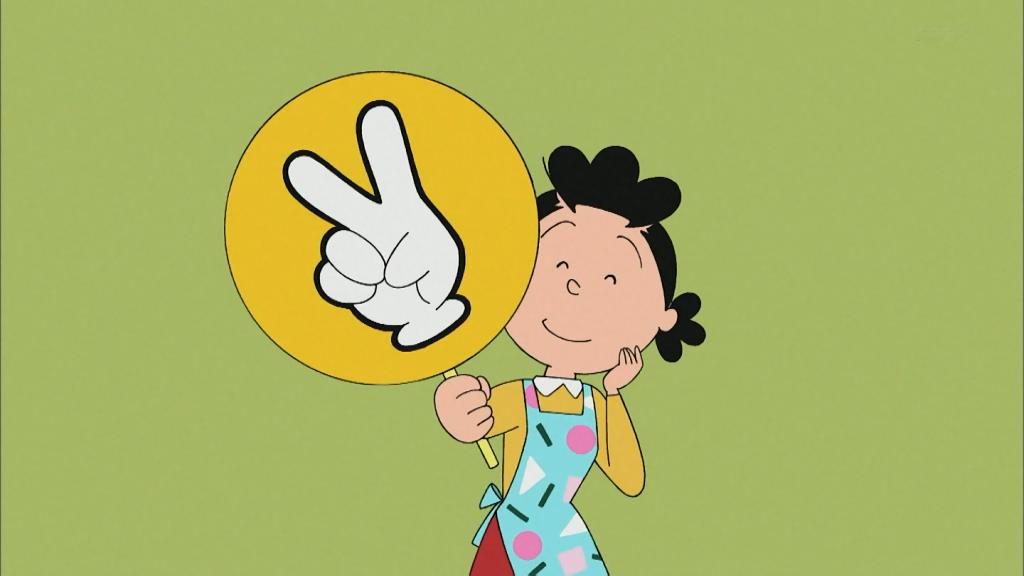