What is Film Noir? 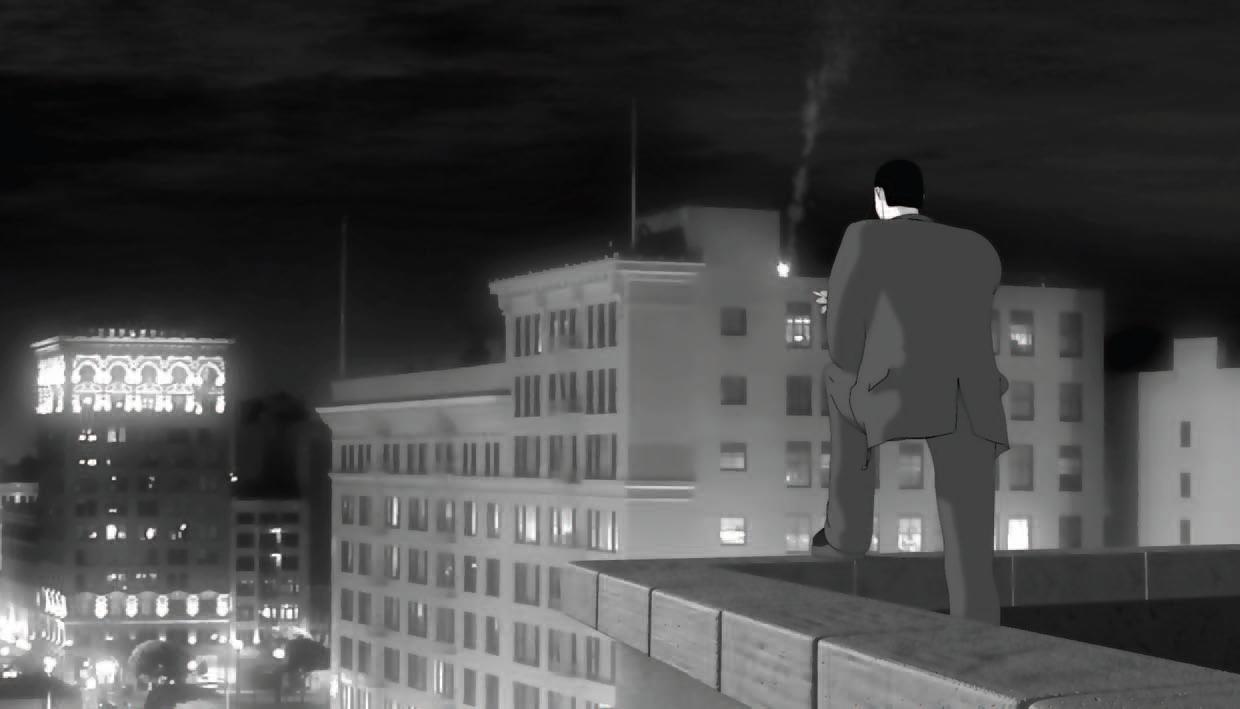 Film noir is a genre that is the perfect blend of style, mystery, eroticism with a dash of darkness. It was originally used to describe Hollywood crime dramas, and harks back to German Expressionist cinematography. The genre went onto influence French New Wave films, but it didn't end there. Many anime directors have also been influenced by film noir, and this shows up in their work.

These are not anime films or series that are sweet and saccharine. Instead, they are a more intellectual diversion from the standard fare, and willing to challenge the boundaries of anime, pushing the medium forward.

Perfect Blue by the late Satoshi Kon is an absolute masterpiece. This psychological drama is a riveting thriller almost peerless in its execution. Perfect Blue starts with the darkness right off the bat－a sense of unease and foreboding is conveyed during the opening scenes alone. Several pop idol fans are gathered to check out a concert by their favorite performer, Mime Kirigoe. They are obsessed with her to an unhealthy degree, but they are not the only ones there.

There is another young man, with a disfigured appearance who is also in the crowd. He is no mere fan, but a stalker who is following her every move. Mima's life only starts to get more complicated, and more dangerous from that point on. We witness Mima's loss of innocence as she transitions from a pop idol group member to an actress, all the while pursued by her obsessive fans.

But the brilliance of Perfect Blue truly shines through when we get a glimpse of Mima's inner psyche. We are privy to a world that becomes increasingly bizarre, and it's hard to figure out what is real and what is fantasy. Perfect Blue is a film noir juggernaut through and through, which is often compared to Alfred Hitchock's films. Personally, I'd say that it's closer to David Lynch's Mulholland Drive, which was just as big of a head-trip, but released a few years after Perfect Blue. 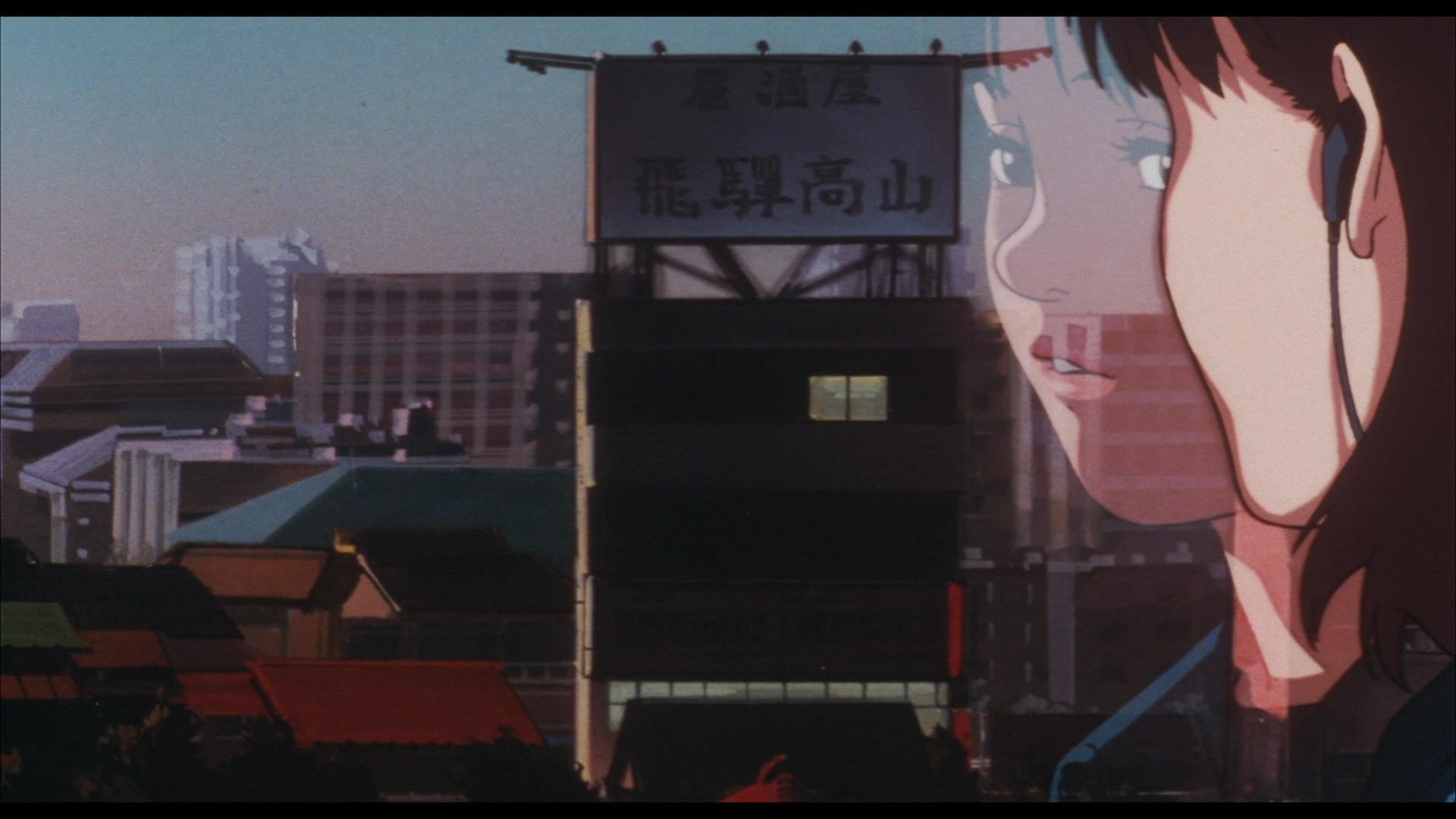 If there's one anime that always struck me as dark and pessimistic, then it's got to be Serial Experiments Lain. As a series of the late 90's, it was pretty much a product of its time, displaying much of the angst which was prevalent as the millennium was coming to a close.

A decadent society, isolated teens, disinterested parents and a growing reliance on a computerized information network are just a few of the core themes in this cyberpunk thriller. These elements make Serial Experiments Lain a post-modern existentialist drama, peppered with some technological concepts, conspiracy and a stark film noir aesthetic.

The extremely bright, almost glaringly white daytime scenes are in direct contrast with the night time scenes which are pitch dark, barring any neon lights. The dense mood of the series is further expressed by the droning ambient soundscapes and the music by the British band Bôa. 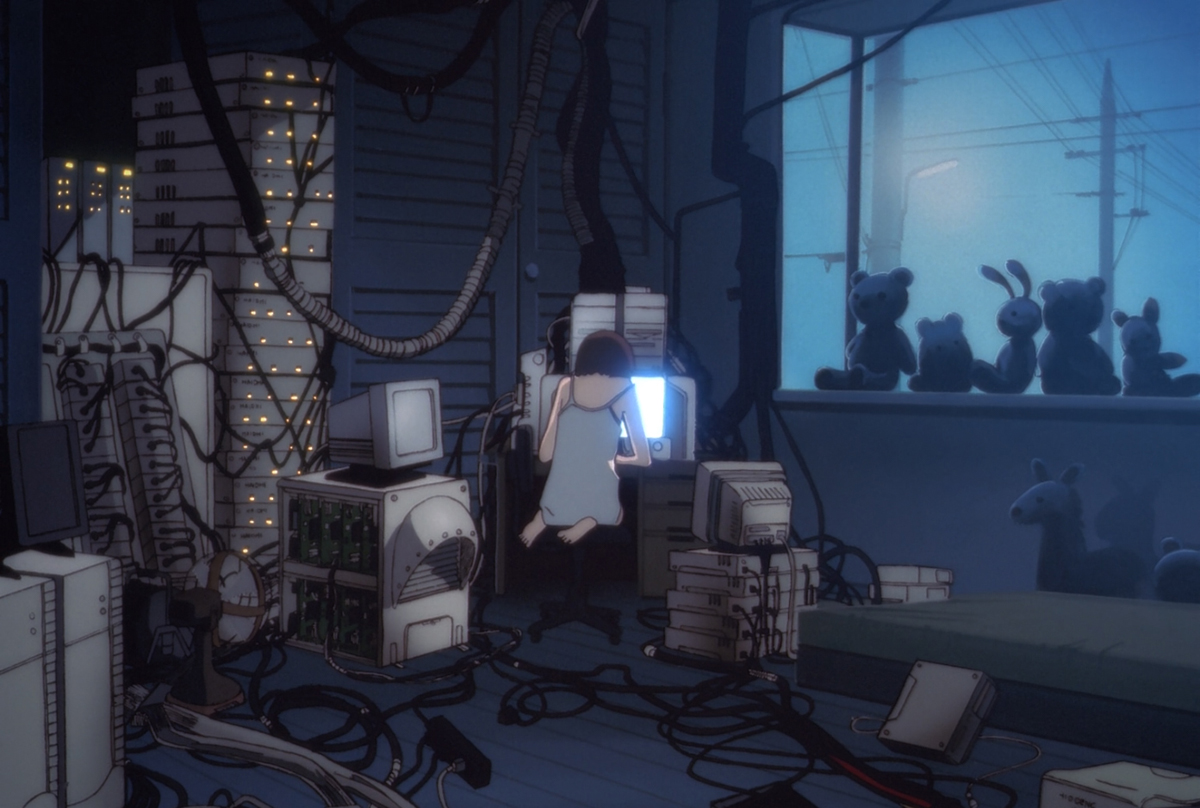 The series takes on a rather mature tone, with a subdued color palette and stoic-looking characters. This gives the anime a rather gritty and realistic atmosphere. Some of the environments, such as the headquarters of the Japanese branch of the secretive organization known as "Solomon Toukatsu Nin'idantai" or STN, have an olde worlde aesthetic to them, which only helps to heighten the film noir vibe.

As the witch hunts unfold in each episode, we bear witness to macabre and gruesome events that wouldn't be out of place in a horror movie. But it's how Robin Sena, together with her team at STN go about their investigations that would satisfy anyone who enjoys a good detective plot. 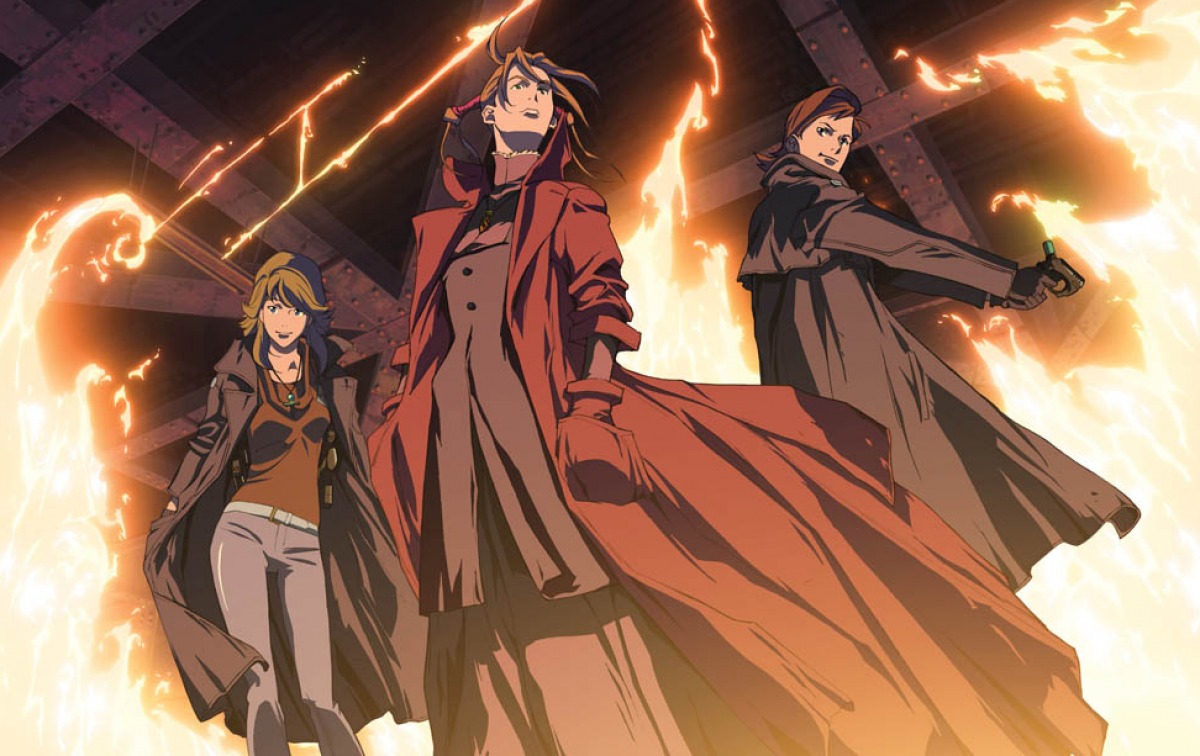 Tsutomu Nihei's epic cyberpunk manga Blame! was always screaming for an anime adaptation. Fortunately, the anime does a decent enough job of conveying the detailed artwork and obscure storyline of the source material.

The Blame! anime also feels just as experimental as the manga. Unconventional camera angles are used, combining CG with hand-drawn manga-style background art which can seem jarring at times. The music is a mix of drone ambient, techno bleeps and industrial overlaid with orchestral jazz renditions. This futuristic and multi-layered soundtrack gives off an air of film noir exuberance. 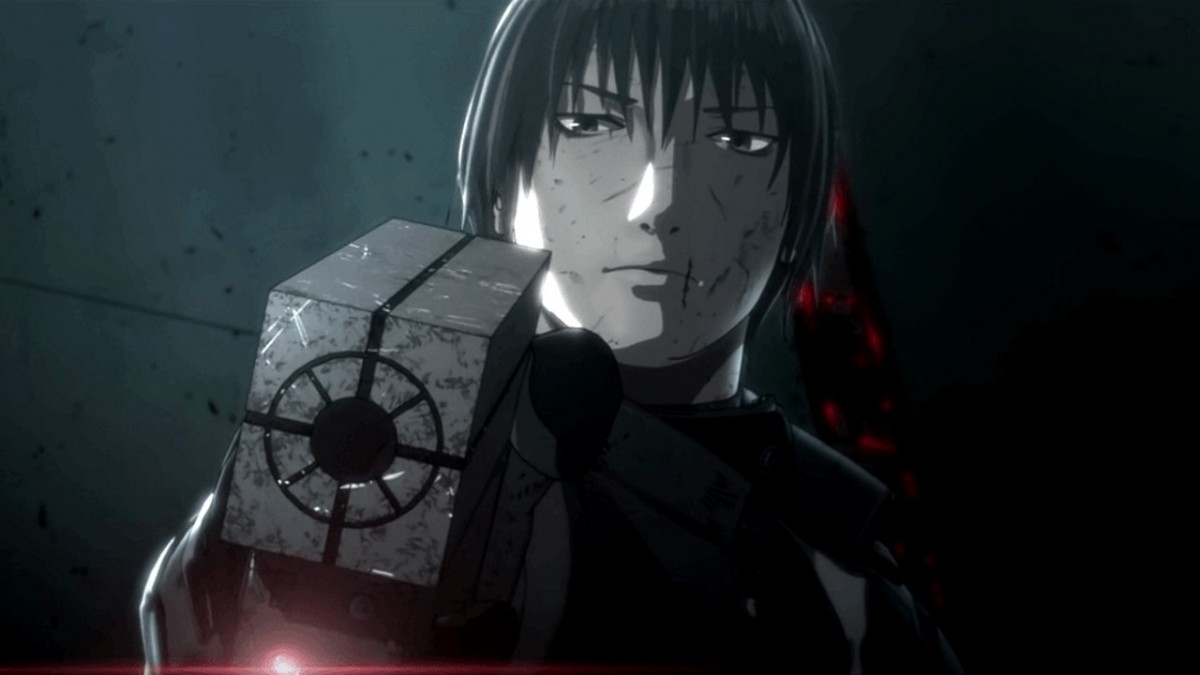 Cyberpunk is a genre that seems to be dominated by detective-orientated stories, and Psycho-Pass is a good example of this. The cool and slick leading characters of the series could easily make cameos in the greatest sci-fi film noir of them all, Blade Runner. They may not be hunting down replicants, but Shinya Kogami and Akane Tsunemori know how to deal with those with a propensity towards criminality.

As a more modern anime production, Psycho-Pass uses the latest digital animation techniques with a more dynamic color range. Brisk action sequences combined with a bouncy pop-orientated soundtrack give the series a more energetic and fresh feel, from what one would expect from the typical film noir fare. Psycho-Pass is definitely part of the new school of film noir anime epics, which millennials are growing to love. 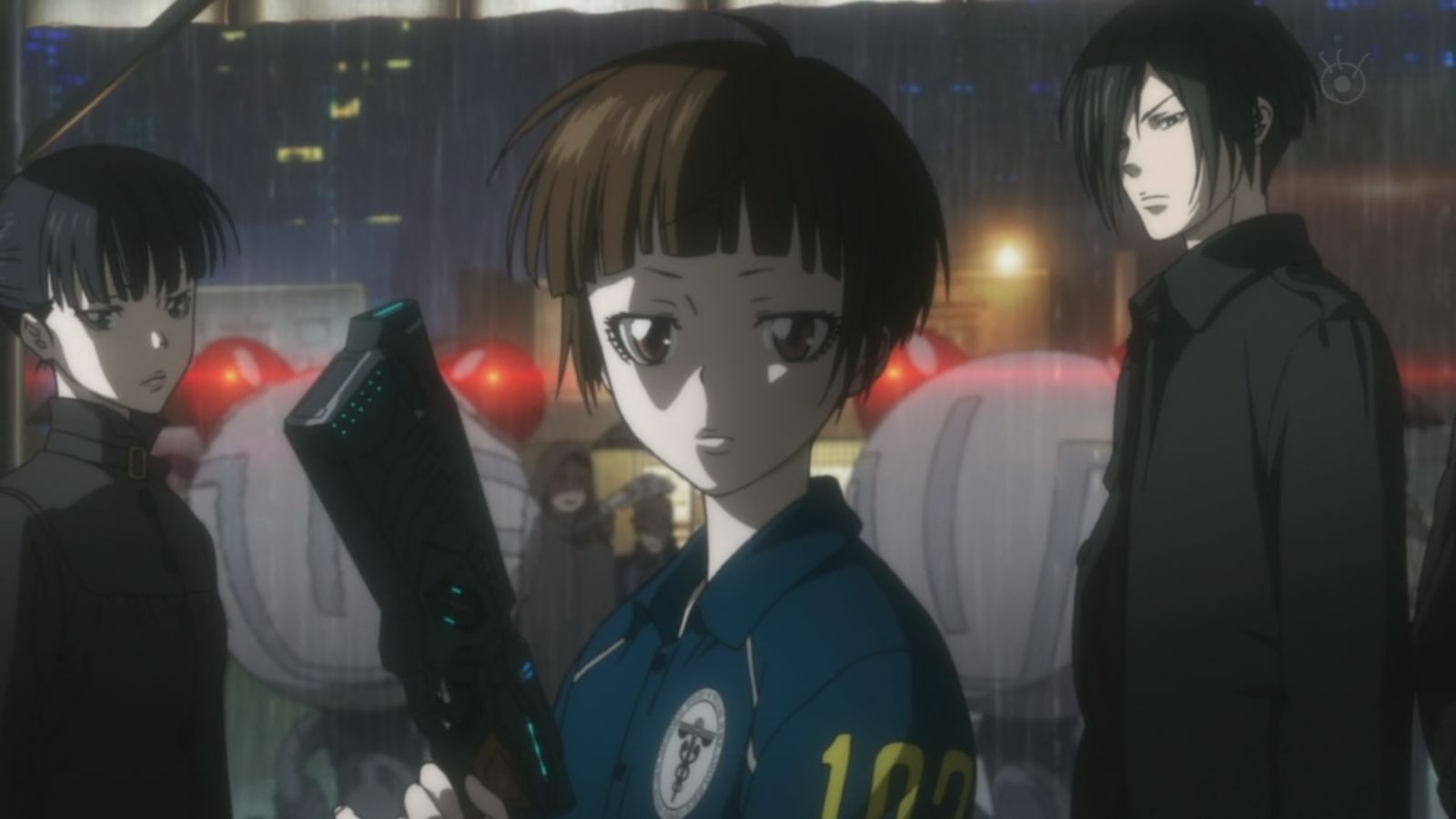 Gangsta. is a hard-boiled action drama which follows the footsteps of Worick and Nicolas, who are known as Benriya, or handymen. These two are prepared to do the dirty work on behalf of the mafia and the police. They make quite a team, similar to those found in buddy cop movies. Nicolas was actually born deaf, which makes for some unique, awkward and humorous situations as he communicates with others.

And similarly to Witch Hunter Robin, Gangsta. employs more subdued and earthy color tones. This works quite well with the setting, which takes place in a pseudo-European city called Ergastulum. Since Gangsta. is a recent release, the soundtrack is fairly unconventional and modern sounding with EDM leanings. 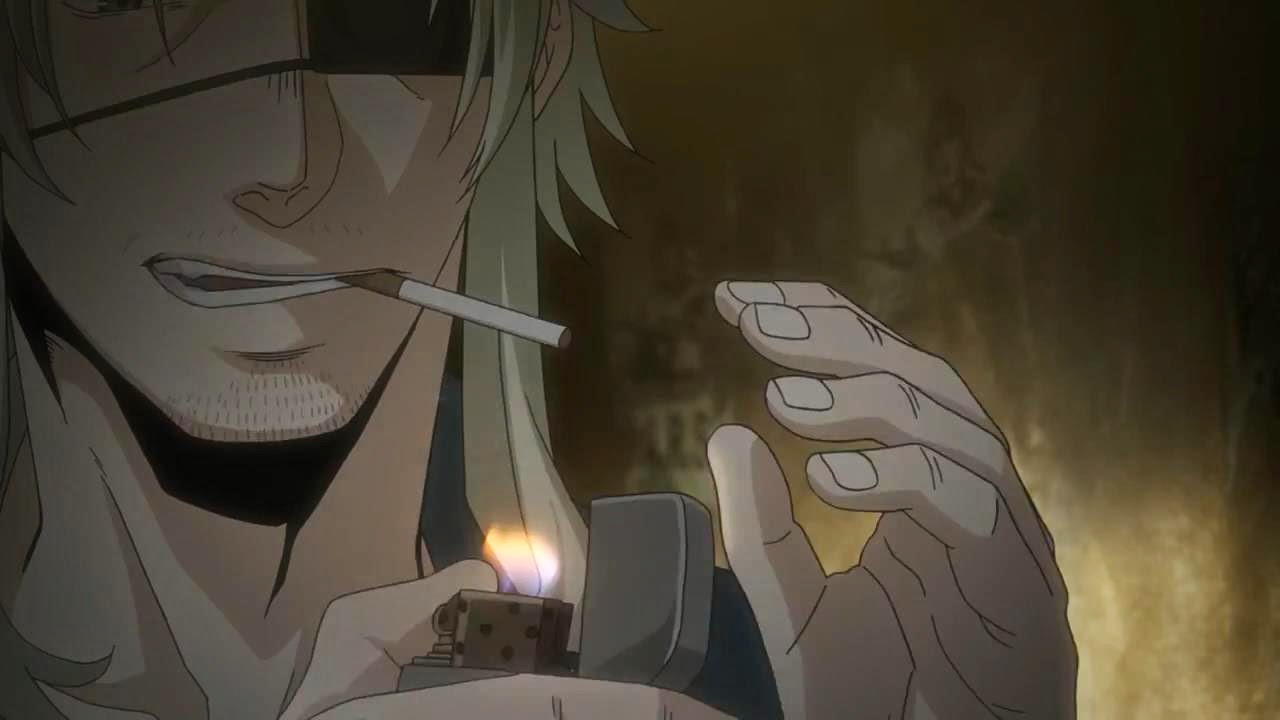 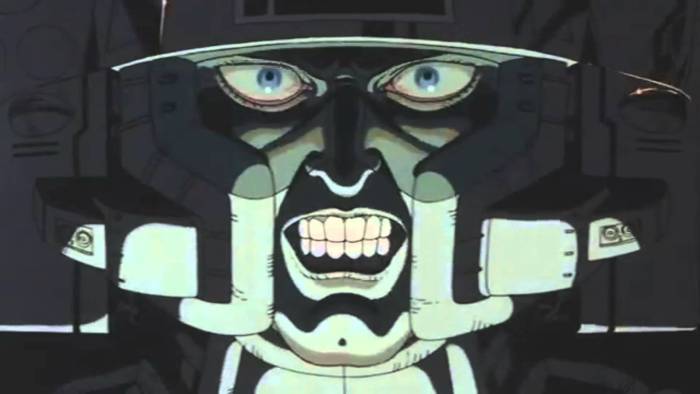 The above film noir-influenced anime are all notable and worth watching. But they're only the tip of the iceberg. One particular director who loves to inject his anime with a healthy dose of film noir goodness, is Yoshiaki Kawajiri. Many of his more famous anime films were released in the 80's and early 90's, and they enjoy significant cult-status in Western territories, especially among older anime fans.