The Importance of "Potato Girl" in Shingeki no Kyojin

Sasha Blouse, one of the former members of the 104th Trainees Squad in Shingeki no Kyojin (Attack on Titan) and often called "potato girl", appears to be a pretty minor character in the story. However, she serves as an important and constant reminder of the tragic state of the setting. 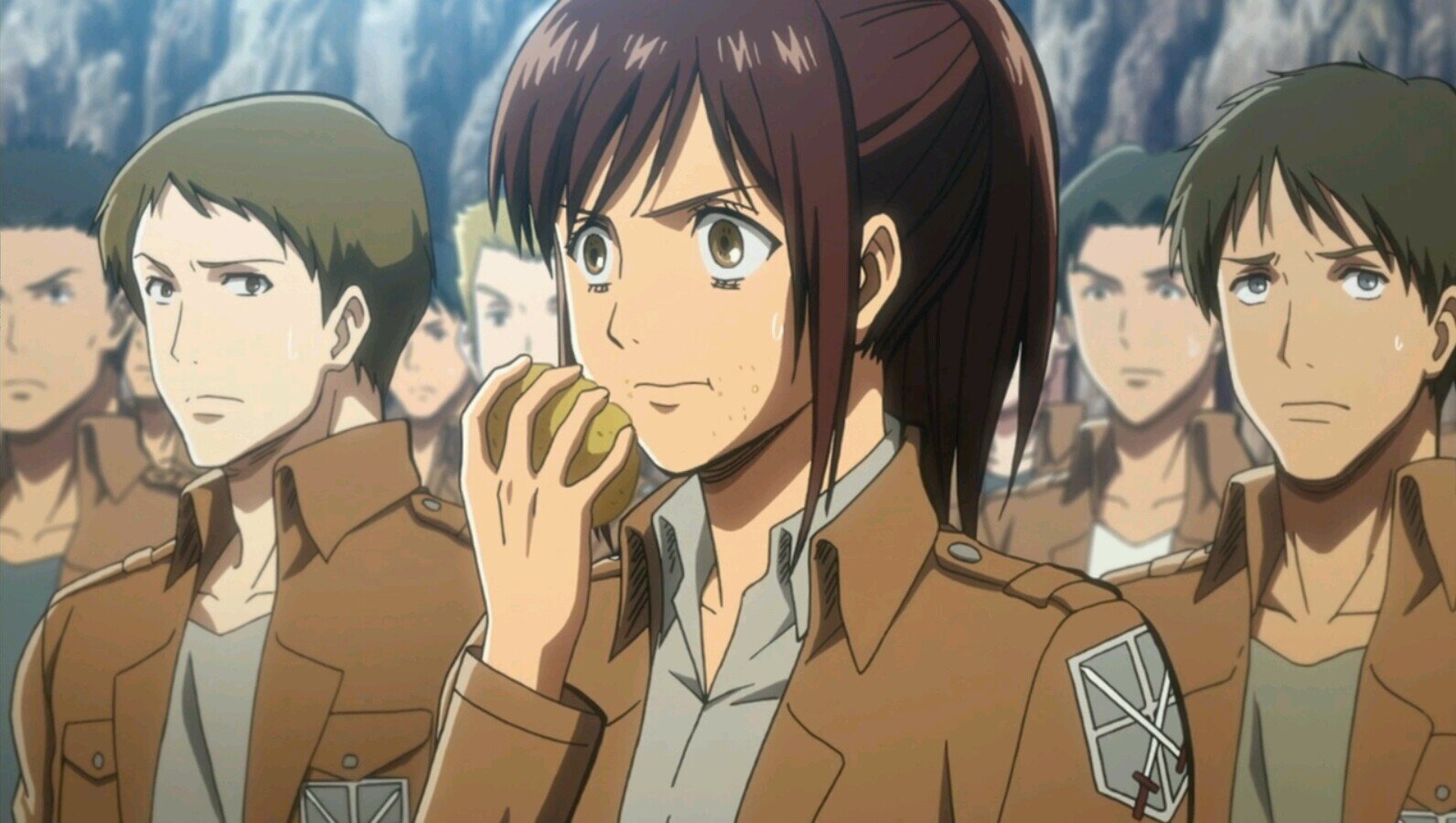 Hailing from a small hunting village called Dauper, Sasha Blouse is a member of the lower class in Shingeki no Kyojin. These humble beginnings are reflected in her personality; she is portrayed as one of the more laid back members of the main cast and is the most likely to simply go with the flow in social situations. However, she has been shown to be anxious and timid when she encounters anything stressful, whether it be dealing with superiors or titans. This attitude eventually fades away after the beginning of the story, where she becomes hardened by surviving the Battle of Trost and joining the Survey Corps.

Since she came from what amounts to the sticks in Shingeki no Kyojin before the series started, Sasha lacks the education that others more privileged than herself, like Jean, would have the opportunity to obtain. She may be simple-minded in comparison to her comrades, but her instincts for survival are top notch, honed by years of hunting and living in one of the more unforgiving regions behind the walls. She rises to the challenge when worst comes to worst and is shown to have a heightened sense of danger. Those instincts were most likely how Sasha climbed her way to the ninth best position among the 104th Trainees Squad, making her eligible for the prestigious Military Police. 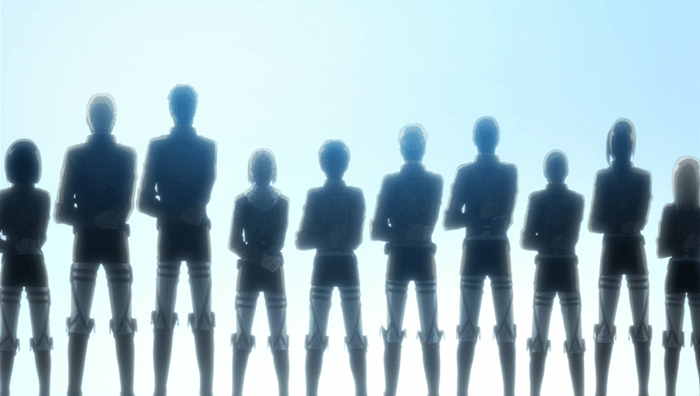 Sasha's primary defining attribute throughout the story is her unceasing desire for more and more food. Perhaps as a leftover from her poor living conditions back in Dauper, she will take any opportunity she can to eat as if she were constantly starving. Her devotion to constantly consuming food makes her act like a ravenous beast at times, occasionally even outright growling and charging at those who withhold food from her. Sasha feels absolutely no shame for her actions if food is involved; best exemplified by her unapologetic habit of blatantly stealing food from her own superiors.

Sasha's Role in the Narrative 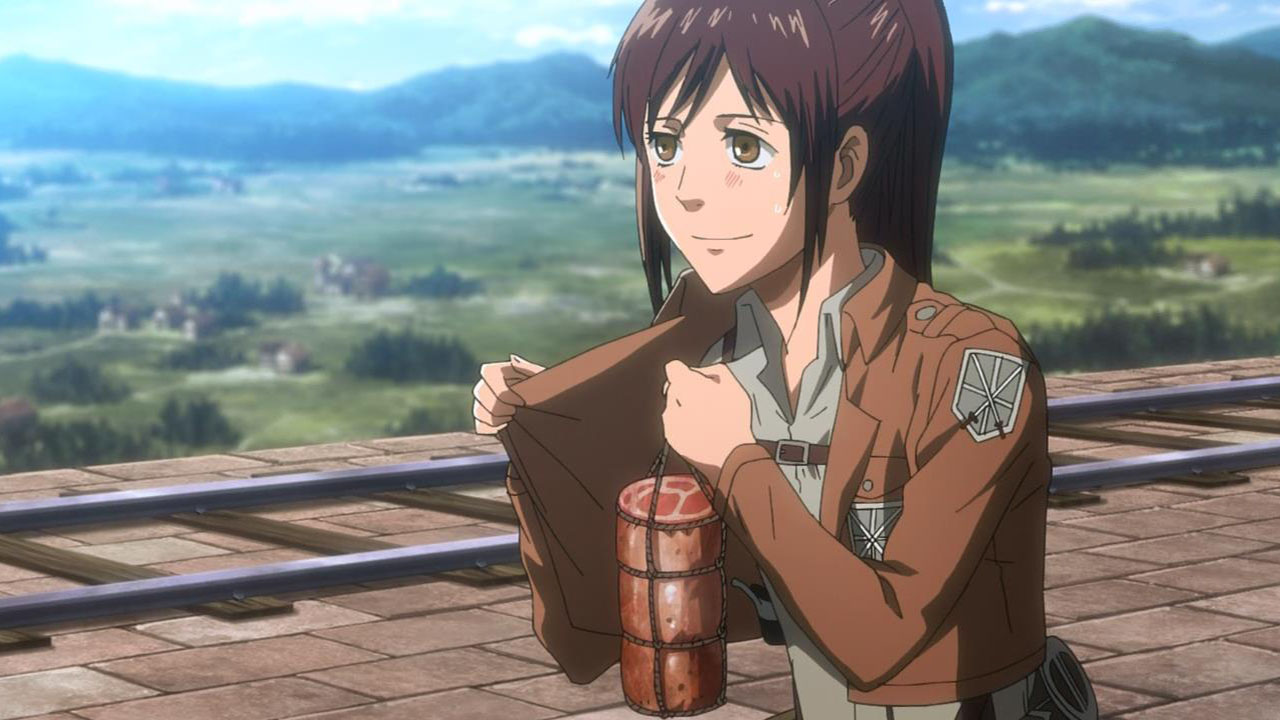 The audience's first moments with Sasha quickly establish her as a comic relief character; she's introduced wolfing down a stolen potato during a crucial moment in the cadets' training and is immediately punished by Shadis. Sasha earned the nickname "potato girl" as a result and therefore was no longer treated as someone to be taken seriously by audience or cast member alike. Most of her scenes during the training arc are used to lighten the mood in-between Eren's moments of doubt and his conflict with other trainees.

With all of this in consideration, it is all too easy to write Sasha off as a one note side character, only there to contrast with Eren's constant seriousness and fill up space in group shots. However, her presence serves another function besides comic relief: a represent just one of the many reasons why the society behind the walls is hopelessly corrupt and seemingly destined to self destruct before the titans can deal the killing blow.

There are a lot of aspects of their society that make it borderline dystopic, and certain members of the main cast symbolize those aspects in different ways, bringing the issues to the forefront and displaying the results of such a society's effect on its youth. Jean embodies the privileged elite, snobbishly looking down on those that they deem "commoners". The reason Mikasa is the most adept titan slayer of their generation is because she has been broken on the inside by her family's brutal deaths at the hands of traffickers. Eren represents the rage and futility that humanity feels in the face of the unstoppable titans. 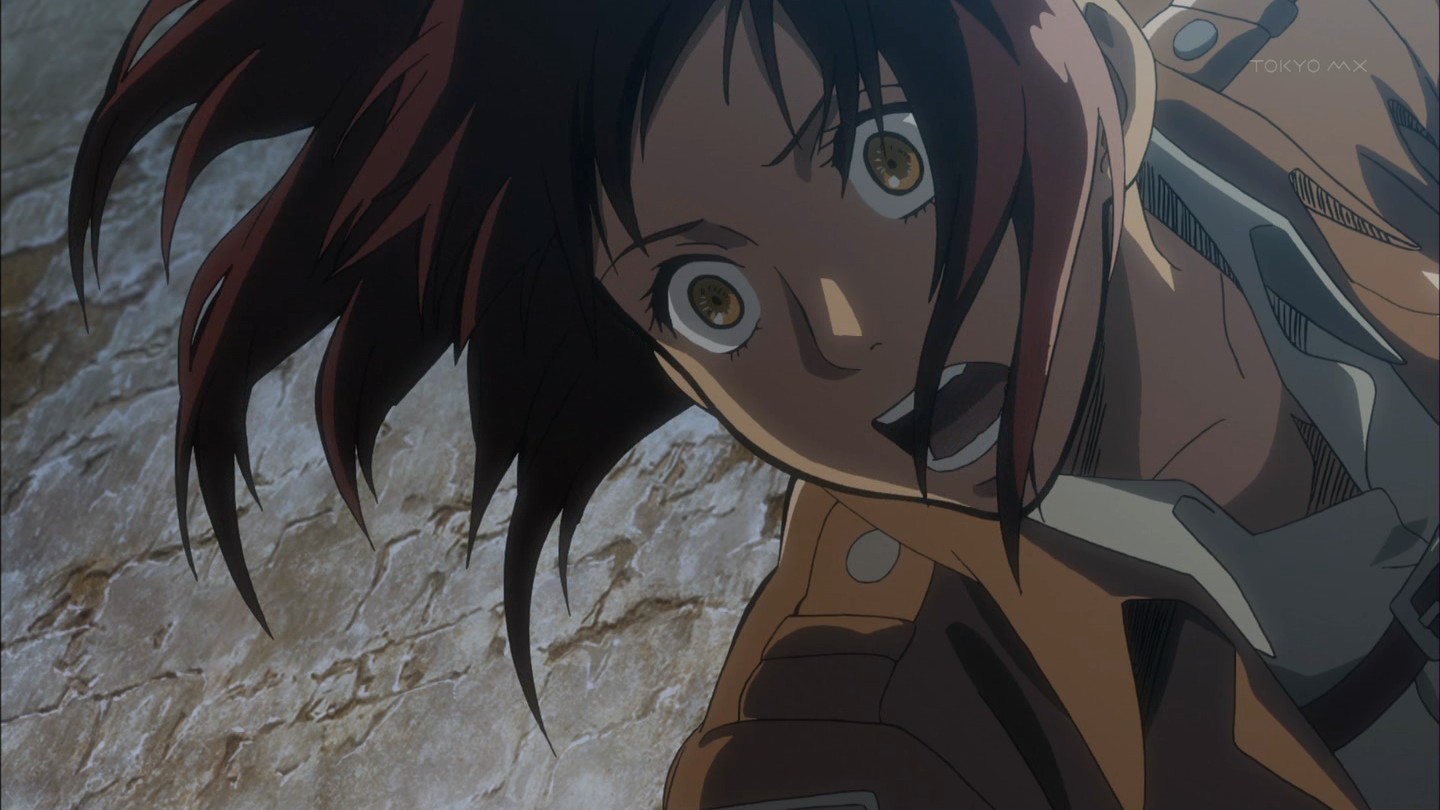 In Sasha's case, she is a constant warning of the very real dangers the food shortages pose. The reason she's always so desperate for a bite to eat is because, back in her life at Dauper, she was never sure when her next meal would be. Since her village subsisted primarily by hunting on local wildlife, there was always a chance that there wouldn't be food on the table after a bad hunt. This is an issue hardly unique to Dauper; after the fall of Shinganshina District and the subsequent fall of Wall Maria, the massive flood of refugees nearly bled the surviving walls dry of resources. The shortages were to such an extent that the government ordered huge numbers of refugees to go out and "retake" Wall Maria, so that they wouldn't run out of food. This, of course, only led to yet more deaths. One could hardly blame Sasha for going to such lengths just for a bite.

The Girls of Another

The mystery and curse of 9th grade Class-3 comes yet again for Yomiyama North High School. Know more about the girls of this year's class, struggling against a fate reserved only for the dead.