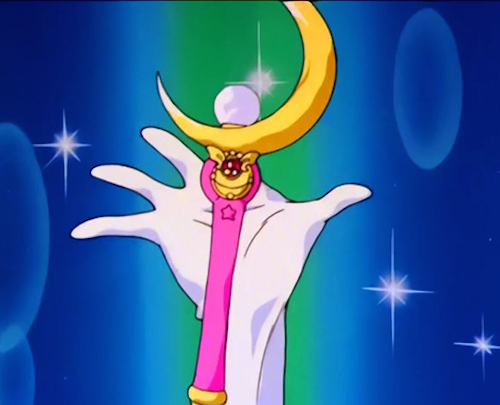 Magical Girl anime, like the Force, has a light and dark side to it. On the light side, we see tales of friendships that persevere, secret romances, and girls working together in harmony to save the world. On the darker side, we see issues of morality, tragic lives that spin out of control, and girls who sometimes have to struggle for their very existences. In order to explore these different sides of magical girl anime more closely, let's take a look at the lighter 1990s series Sailor Moon, as well as the darker, 2011 series Puella Magi Madoka Magica. 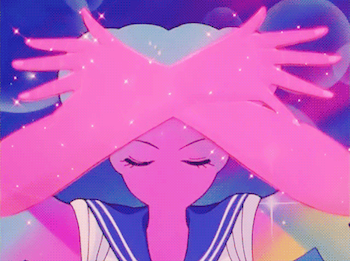 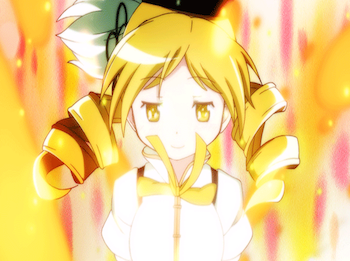 Magical Girl anime are known for their dramatically beautiful transformation sequences, and neither of these anime disappoint! Both feature colors signature to their characters, as well as plenty of ribbon-twirling imagery and dance-like movements. That being said, every episode of Sailor Moon features at least one of the soldiers transforming, and always with the same song and sequence of movements (though sometimes abbreviated). In contrast, Madoka Magica rarely spends such time on the girls' costume changes, besides most notably Mami Tomoe's transformation; the first transformation of the series. From there, the show gets progressively darker and focuses less on the girls' transformations into magical superheroes, and more on their transformations into vile witches. 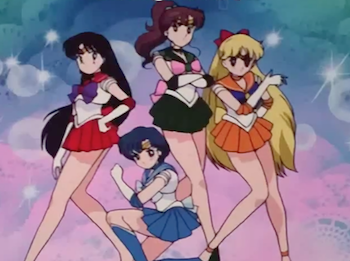 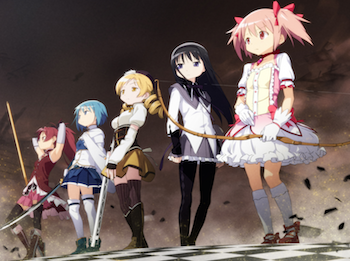 Both of these anime feature a diverse cast of female protagonists who may sometimes antagonize one another, but still look out for each other when the going gets tough... Well, for the most part. In Sailor Moon, we see the tight friendships between the girls, as well as some frictions, most notably between Usagi Tsukino and Rei Hino. Despite that, all of the girls remain steady and devoted friends. In Madoka Magica, however, the tensions run a little higher, especially between Homura Akemi and Sayaka Miki. Though the girls in Sailor Moon may get into the occassional argument, they are not nearly as cutthroat as the girls in Madoka Magica (literally)! 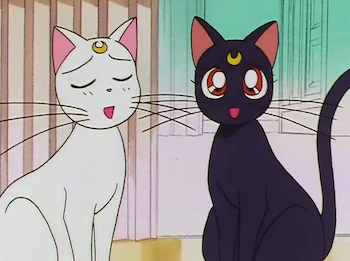 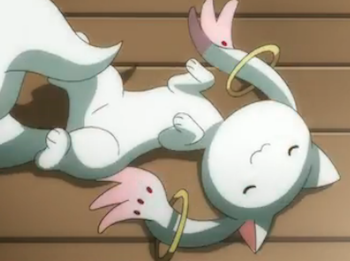 The side kicks are another point where the two series diverge dramatically: Luna and Artemis are adorably helpful space cats, who encourage Usagi to recognize the princess within herself, but remain most concerned about the sailor soldiers' wellbeing. Kyuubey on the other hand, has deceivingly adorable looks but is interested only in the practicalities of his work: he manipulates the girls into making contracts with him without giving them all of the information about what they're signing on for, all the while knowing and benefitting from the fact that they are all likely to die horribly tragic deaths. 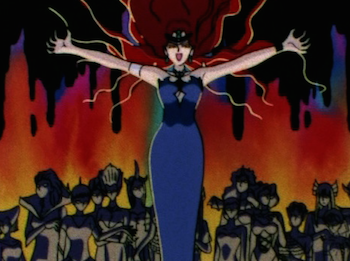 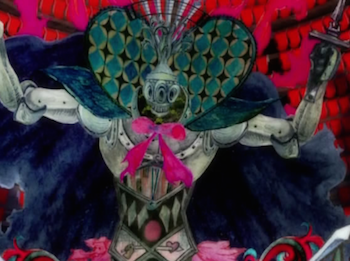 Finally, the villains of these two magical girl anime have hugely different roles and implications. The Dark Kingdom in Sailor Moon is an ominous, outside force bent on collecting Earth's energy and taking over the universe. The witches in Madoka Magica, on the other hand, are actually former magical girls who succumbed to hatred and darkness. Though the Dark Kingdom is intimidating and its minions can be frightening, the implication of the witches is far more terrifying. By killing witches, the magical girls are essentially ensuring their own eventual and tragic demises. They also learn the true price for their wishes: curses of equal magnitude and pain and suffering to balance out the good they bring.

Although Sailor Moon and Madoka Magica are both magical girl anime featuring beautiful transformations and some butt-kicking action scenes, the two could not be more different in terms of morals and lessons. That being said, both are delightful shows, and watching one can only heighten your appreciation for the nuances and differences in the other!