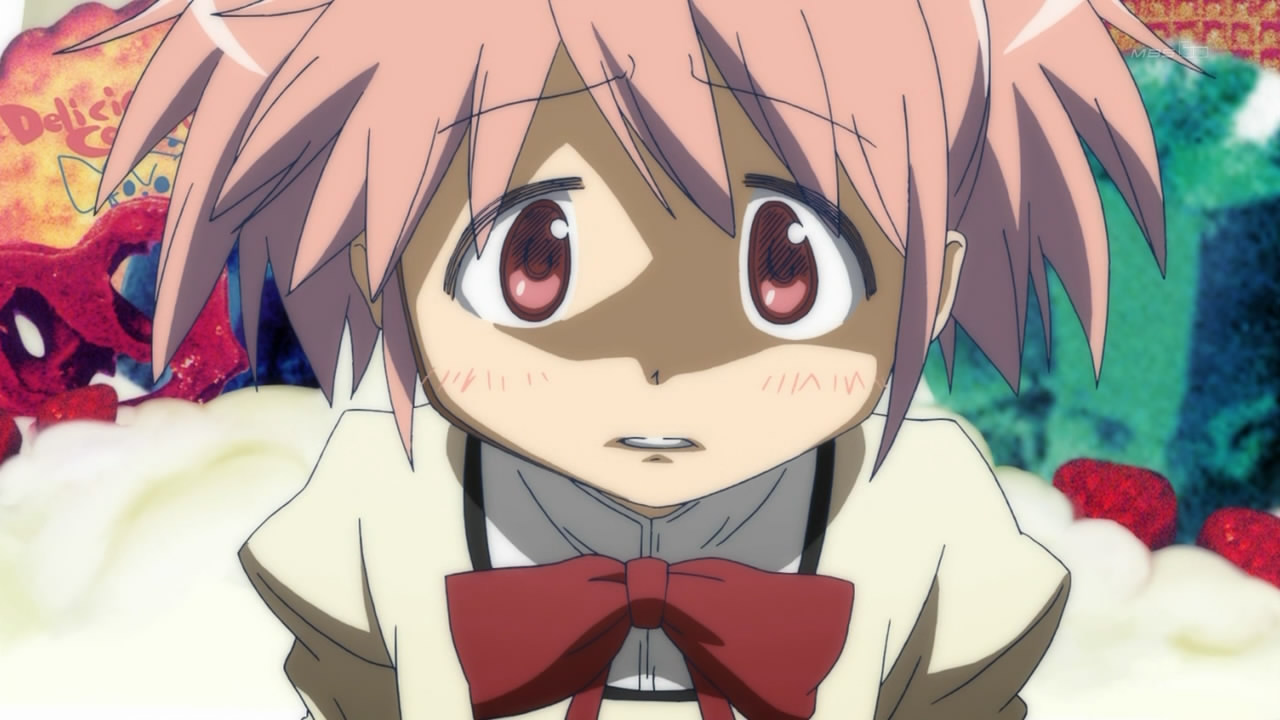 "Are you afraid of the dark?" - Madoka from Madoka Magika

Welcome to the dark side of the magical girl anime Madoka Magica! 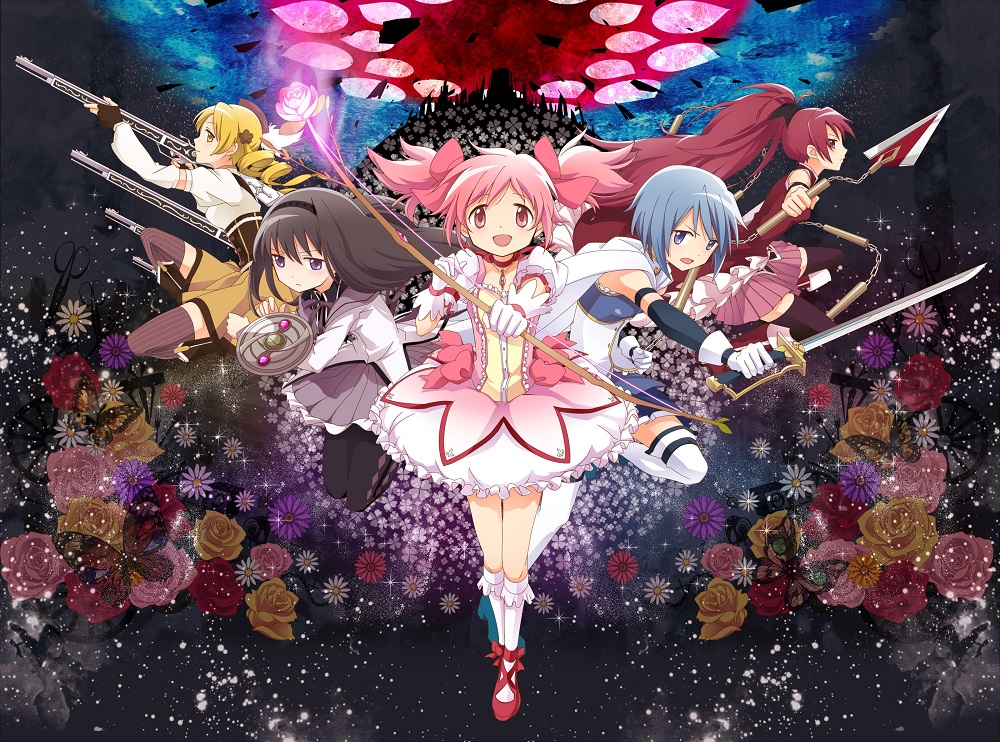 Mahou Shoujo Madoka★Magica, or Madoka Magica, is a dark play on the magical girl genre of anime. On the surface, it seems like your typical series aimed at young girls... but it isn't. Don't show this to your young children. Just don't. Madoka Magica presents all the romantic elements you'd normally find. The glamour of magical powers and pretty outfits. The power to save the world from a great evil. And perhaps best of all, the chance to fulfill your heart's desire. Who wouldn't want to jump in?

Gritty realism and magical girls are two things you usually never put together. Anime series like Sailor Moon and Powerpuff Girls Z are supposed to appeal to the female fantasy just like harem anime and mecha series appeal to the male fantasy. The romantic elements are emphasized while the potential consequences are downplayed. Powers are gained with no penalty. More importantly, wishes are granted with no significant price.

Madoka Magica uncovers the ugly underbelly of the magical girl genre and explores the darkest parts of human desire.
In the world of Madoka Magica, one becomes a magical girl by forming a contract with a cat/rabbit-like creature named Kyubey. In return for accepting the powers of a magical girl, Kyubey will grant one wish to that girl. Anything at all, but they only get one shot. Once the wish is granted, the deal is done. One wish come true, a cool outfit, and a bunch of powers in return? Sounds good so far, right?

Over the course of the series, though, the audience is sees that the price to claim your heart's desire is quite high.

When you wish upon a star... there are consequences. 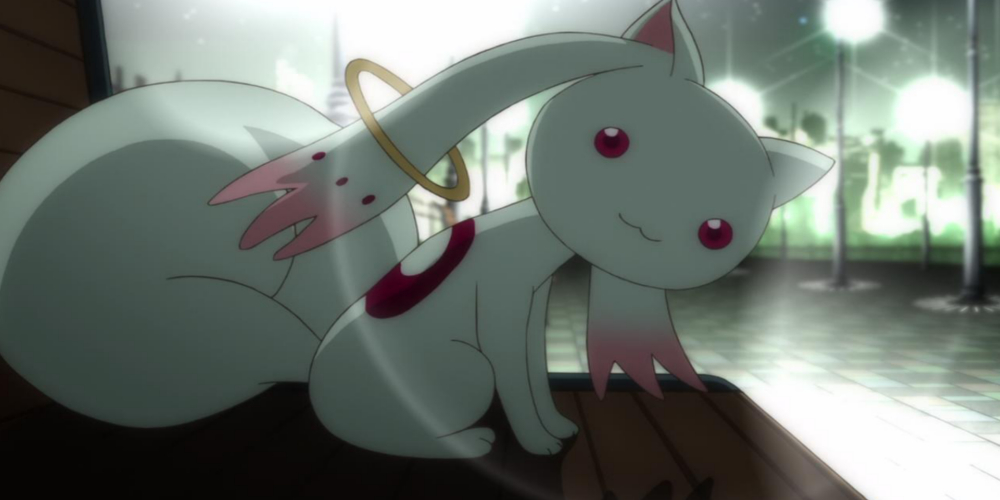 When Madoka was offered the chance to become a magical girl, she loved the idea. In fact, she loved the idea so much that she was ready to toss away her wish just to become one faster. As the series goes on, though, the audience learns that even your most cherished desire may not be worth such a steep price. Upon forming a contract with Kyubey, magical girls sacrifice their humanity so that their bodies can become more durable. They are forced to fight evil because if they don't, their souls will degrade until they turn into the same evil they set out to fight. They also put themselves at real risk. Normally, there is only the possibility that the heroes can die. Here, the heroes do die and they die quite often. Over and over again. In most cases, the girl regrets the wish she makes. Hindsight comes back to haunt them, thinking that they could have made a much better wish, but they threw it away. All their suffering is rendered meaningless as they discover that both sides, good and evil, are created by the same group of people. Even the most selfless and purest of intentions can backfire and make things even worse.

So, does that mean that all wishes are bad?

Goddess Madoka (or Madokami) is the epitome of the little good left in the world of Madoka Magika! 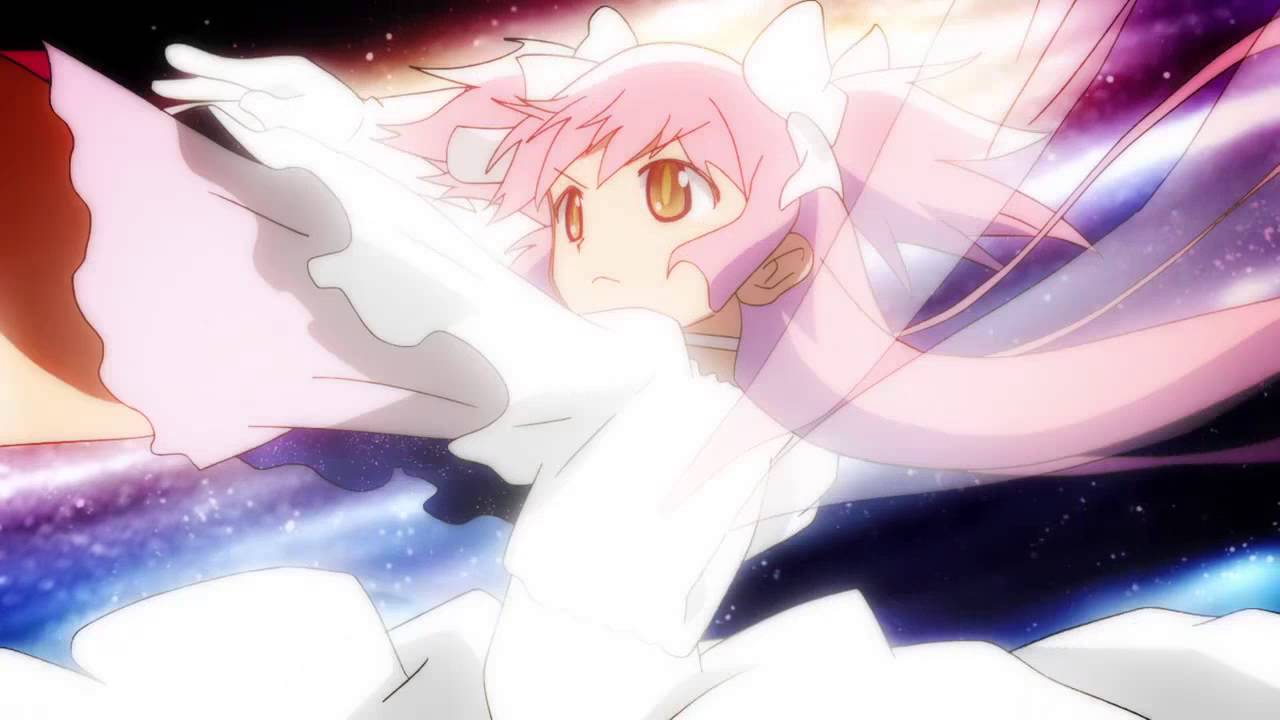 One thing separating Madoka Kaname from the other magical girls is her kindness. Her wishes reflect this aspect of goodness perfectly. Over and over again, she is given the choice to make a wish and every time she chooses something selfless. Each time, her wish getting bigger and bigger until all the conflict is resolved. In the end, Madoka makes one final wish. To leave humanity behind and become more of an idea or force of nature, a goddess and protector of good. With her last wish, Madoka wishes to releases all magical girls from every point in time, past, present, and future, from their contracts. No one would have to suffer like her friends had ever again. Witches, as well as their tragic backgrounds, would be erased from history. Her friends would be safe. No one had to fear becoming evil. No one had to watch their friends become corrupt. And with this one, simple act of goodness, the world was saved. Madokami, or the Ultimate Madoka, chose to sacrifice herself for the happiness of all.

There is no light brighter than one born from the dark! 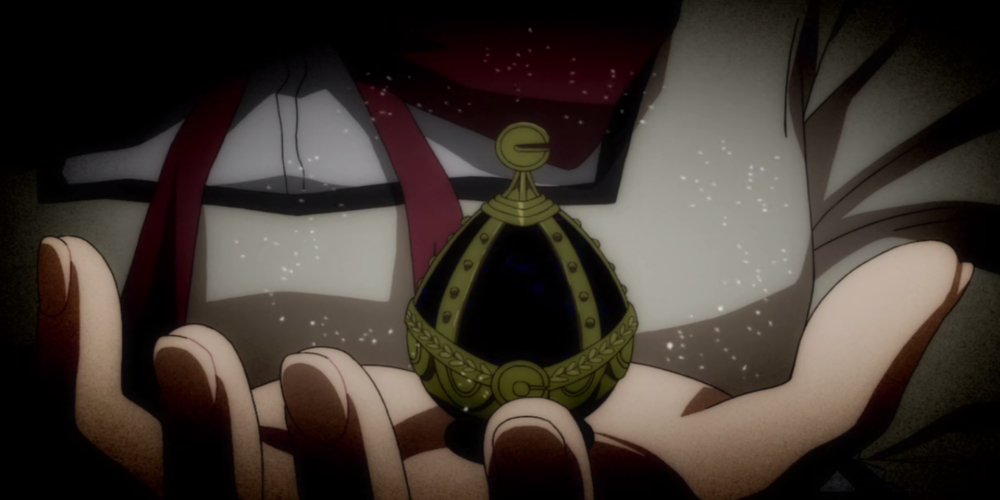 One of the main points of Madoka Magica is its focus on both the importance of desire and the price we each have to pay in order to reach those desires. But even if we got to wish for the one thing we desired most, would we know what to ask for? How much are we willing to pay for those desires?