While Love Stage!! consists primarily of bishounen (beautiful boy) characters, each one has a distinct personality. This particular combination of characters and personality types works well for the story that’s being presented in the series. Read on to learn more about the characters of Love Stage!!. 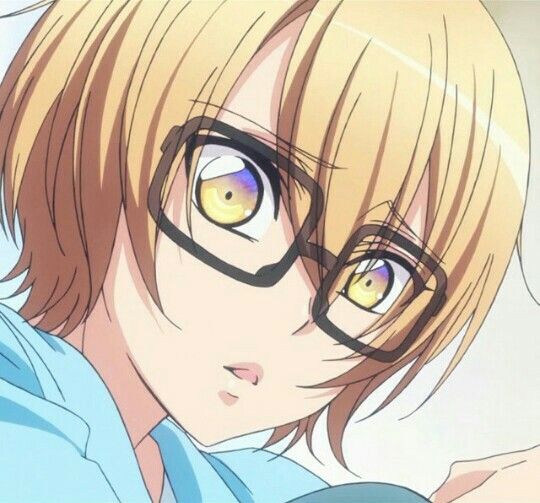 Izumi is an 18-year-old college student who is an anime and manga otaku, and dreams of becoming a manga artist like his idol, Miyabi Saotome. He is a huge fan of the Magical Girl Lala-Lulu manga, which is written by Saotome. His drawing skills aren’t what they really need to be in order to have any kind of success in the manga field, but Izumi seems to believe he possesses more talent than he truly does.

Izumi comes from a family of performers. His mother, Nagisa Sena, is a model turned actress who now stars in films and television dramas. His father, Seiya Sena, is a singer who starred in musicals and now owns the Sena-Pro talent agency. His older brother, Shogo Sena, is the vocalist for a rock band called Crusherz. Izumi's family would like him to join them in show business, but he has no interest.

This lack of interest stems from an experience that happened 10 years earlier. Izumi’s parents were cast in a television commercial for the Happy Wedding bridal magazine, and they had brought him to the set. When the little girl who was supposed to appear in the commercial couldn’t make it, Izumi’s mother suggested dressing him up as a girl due to how cute he looks. The director liked what he saw and went with it. Izumi worked alongside a child actor named Ichijo Ryoma, who was unaware that Izumi was actually a boy. But Izumi went through a couple of unfortunate incidents during the filming of the commercial, and it was enough to make him not want to go any further in show business.

Happy Wedding approaches Sena-Pro about doing an anniversary ad with the actors from the original commercial, but it’s made clear that Ichijo isn’t interested in participating unless the girl he worked with will be involved. Izumi tries fighting against this proposal, but Shogo knows how to push his buttons and gets him to relent. He decides to view this as a chance to try cosplaying, but things get rather awkward on the set for Izumi. While they make it through the shoot without any major catastrophes, it gets ugly afterward when Ichijo learns that Izumi is actually a guy. And when Ichijo tracks Izumi down to his house and badgers him there, Izumi becomes frightened of him.

With some reluctant help from Shogo, Ichijo apologizes to Izumi and admits that he still has feelings for him, even though he knows Izumi is a guy. Izumi is willing to try to be friends and texting buddies, but when the lovesick Ichijo starts texting him about every little detail of his day, Izumi is understandably frustrated and annoyed. And if dealing with Ichijo wasn’t bad enough, Izumi is under a lot of stress trying to get his entry in for a major manga newcomer contest that could help make his dream come true. After the contest ends, Izumi finds himself trying to figure out what he’ll be doing with his life in the future and what his feelings toward Ichijo are. 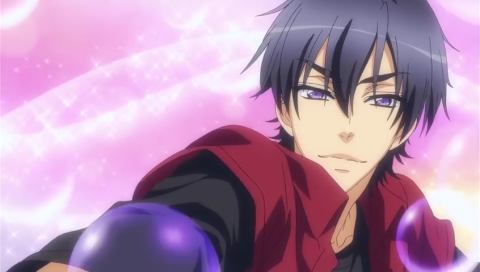 Ichijo is a wildly popular actor who got his start in the business as a child star. 10 years ago, he starred in a commercial for the Happy Wedding bridal magazine alongside Nagisa and Seiya Sena, as well as their son Izumi, who was dressed up as a girl. Ichijo was not informed of his gender, so he assumed that Izumi was a girl. As Ichijo got older, he started experiencing difficult times in his career. The only thing that kept him going was his Happy Wedding co-star’s smile, and Ichijo has harbored feelings for Izumi ever since.

When the opportunity arises to participate in an anniversary ad for Happy Wedding that would include all of the original actors, Ichijo will only agree to participate if Izumi is involved. When everything is lined up, Ichijo goes to the shoot with the intention of trying to woo Izumi. Things get a little awkward during the shoot, but they manage to make it through without any major disasters. However, when Ichijo learns that Izumi is really a guy afterward, he is upset and takes out his disappointment and frustration on Izumi.

But Ichijo finds that he can’t get Izumi’s face out of his mind. He tracks down where Izumi lives and confronts him. To his surprise, Ichijo finds he’s still attracted to Izumi, even though he knows that Izumi is a guy. Ichijo’s hormones kick into gear and he comes close to raping Izumi. Fortunately, Shogo arrives and is able to stop Ichijo. Shogo and Ichijo already don’t like each other, since they’re basically competing against each other for fans and idol status, and this particular incident makes Shogo dislike Ichijo even more. But when Ichijo feels remorseful and wants to apologize to Izumi, he has to swallow his pride and turn to Shogo for help.

When Ichijo apologizes to Izumi, he admits he has feelings for him despite knowing that Izumi is a guy. Izumi accepts the apology and is willing to be friends and texting buddies. But Ichijo is so lovesick that he starts texting Izumi about every single little detail of his day. Ichijo’s feelings apparently make him blind when he tells Izumi that his manga looks great and agrees to help him make the deadline for the manga newcomer contest.

Ichijo shows that he’s a good guy after Izumi is told by an editor that he has no talent by taking the manuscript directly to Izumi’s idol, Miyabi Saotome, to get him to look at it. But Ichijo doesn’t tell Izumi what he did, not even after Saotome sends a message with encouraging words. Ichijo takes this action because, when thinking back over the various rejections he received during his entertainment career, he realizes he doesn't want to see Izumi give up without trying for his dream.

By the end of Love Stage!!, Ichijo evolves from being an egotistical and overbearing jerk to someone who has developed a sense of empathy and is working at caring about others. 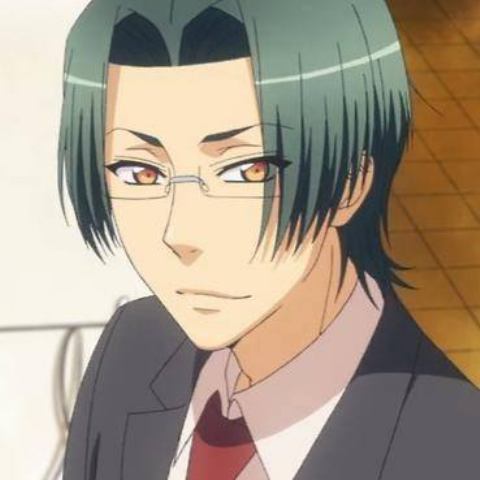 Rei works as a manager at Sena-Pro, and he’s a hard worker with a serious and no-nonsense personality. He also serves as Izumi’s primary caretaker. Whenever he has a problem with Izumi, he calls in Shogo for help. Rei, along with Izumi’s parents, keep trying to convince the youngest Sena to join the rest of the family in the entertainment business.

When Izumi is determined to enter the Kadoyama Manga Grand Prize contest, Rei issues a challenge. If Izumi’s manga receives a favorable review, he can make his manga artist debut. But if he doesn’t, then Izumi will have to make his show business debut.

After Izumi receives his rejection, it’s brought to light that a gossip magazine has acquired a photo of Ichijo and Izumi together and plan to run it alongside a story. Rei steps in to try to negotiate with the gossip magazine. But when the negotiations break down, Rei seizes the opportunity to use this incident as a way to launch Izumi’s entertainment career. Rei is a shrewd businessman, and knows opportunities when he sees them.

When Rei was younger, he became violent and bitter. But when he was 18, Seiya Sena came along and provided him with a home, an education, and a job as a personal assistant. He has lived with the Sena family ever since, and is fiercely loyal to them. 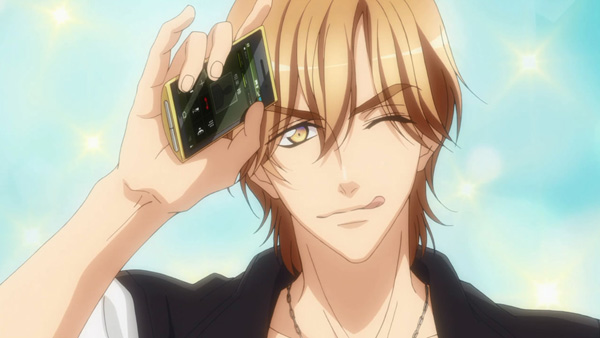 Shogo is Izumi’s doting older brother. He knows how to push his younger brother’s buttons, as well as how to bribe Izumi to do things by dangling Magical Girl Lala-Lulu merchandise in front of him. Usually, this is limited edition merchandise that Shogo has gotten his hands on through his connections in the entertainment industry. Rei relies on Shogo’s powers of persuasion whenever he has problems with Izumi.

Like his parents, Shogo is in show business. He is the vocalist for a band called Crusherz, and has acquired quite a large fan base. Ichijo Ryoma is jealous of Shogo because of the fact that the singer’s fan base is larger than his. Shogo and Ichijo tend to travel in similar circles in the entertainment world, and Shogo doesn’t have a very positive opinion of Ichijo. His opinion of Ichijo doesn’t improve when he returns home and finds the actor attempting to rape his little brother. When Ichijo goes to Shogo to ask for help to apologize to Izumi for what he did, Shogo reluctantly agrees. Later on in the series, Shogo’s opinion of Ichijo starts to improve. However, he’s nowhere near considering Ichijo to be a friend or completely drop the rivalry going on between them.

During the series, it’s hinted that Shogo is in love with Rei. 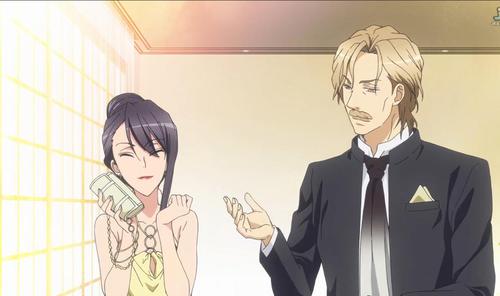 Nagisa and Seiya Sena are the parents of Izumi and Shogo. Nagisa is a model turned actress who now stars in live-action films and television dramas, and she can be a bit of a spoiled princess. Seiya is a singer who starred in musicals and now owns the Sena-Pro talent agency. In addition to heading Sena-Pro, Seiya also produces shows.

Both Nagisa and Seiya would like to see Izumi join them in show business, and keep trying to convince him to go after a career in entertainment. While they may be a little pushy on this front, they still love Izumi and care about him.

Seiya is the one who brought Rei into Sena-Pro. When Rei was 18, he was alone, violent, and bitter. Seiya found him, took him in, and provided Rei with an education. Seiya also gave Rei a job as a personal assistant, and has since promoted him to be a manager not only for Sena-Pro, but to personally represent himself and his wife.

Before they were married, Nagisa relentlessly pursued Seiya after seeing him in a musical and falling in love with him. Luckily for Nagisa, Seiya had fallen head over heels in love the second he laid eyes on her.

As you can see, there are many different types of personalities among the characters of Love Stage!!. Each one brings an important element to the story, and plays an important role in helping Izumi progress as a character.