Ranpo Kitan: Game of Laplace is a mystery-crime series inspired by stories written by famous Japanese mystery author and literary critic, Ranpo Edogawa. The anime takes key characters and elements from some of Edogawa's short stories and novels and reworks them into a fresh interpretation for modern viewers. While certain names and situations will be familiar to those who have read his works, the team behind the anime have changed enough to make the anime more homage than direct adaptation. 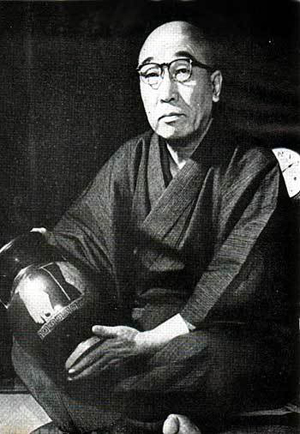 Ranpo Edogawa - real name 'Taro Hirai' - is known as a major influence in the development of Japanese mystery fiction. The content of his stories are often dark and twisted, inspired as they are by Western writer, Edgar Allan Poe, and the exploits of Arthur Conan Doyle's Sherlock Holmes. The former is in fact the inspiration for his pen name 'Edogawa Ranpo' ('edoga waran po').

Edogawa is best known for his collection of stories featuring the private detective known as Kogoro Akechi. He has also written numerous other novels and shorts which do not involve the fictional detective. The bulk of his writing occurred during the wartime period of World War I and World War II, with Edogawa often assuming other pen names temporarily.

However, even during the post-war period, his strong fondness for the mystery genre did not lessen. He wrote numerous articles on both Western and Japanese mystery, not just fiction. He also supported and encouraged production of new fiction, founding the Detective Author's Club in 1947. This club would later become a national group known as Mystery Writers of Japan, which gives out an award in Edogawa's name each year to an unpublished or upcoming mystery author.

Much like Doyle's Holmes, Edogawa's influence continues to be seen in modern Japanese media even after his death in 1965. Series such as Gosho Aoyama's Detective Conan make direct reference to the author and principle detective of his stories, Kogoro Akechi. More recently, the anime Ranpo Kitan: Game of Laplace was made to commemorate fifty years since Edogawa's passing.

Private detective Kogoro Akechi is not the tall, handsome man that he is in the original stories. He remains a brilliant and eccentric detective, but has been cast as a teenage boy who is specially employed by the government of Japan. His assistant, Kobayashi, is similarly no longer the leader of the Boy Detectives Club which Edogawa's Akechi made use of during his cases, although his talent for cross-dressing is retained. Furthermore, neither character is known for their expertise in disguise like their original namesakes are. That talent instead gets transferred to a character known as 'Shadow Man', a blackmailer and murder consultant in the original stories.

Other key antagonists such as Black Lizard and the Fiend with Twenty Faces receive the same cut-and-paste treatment, having certain aspects of their character either swapped or reinterpreted for the anime. Twenty Faces in particular has been heavily reworked for the purpose of the story, but they remain Akechi's long-term nemesis and become the focal point of the series. Black Lizard, meanwhile, serves a more advisory role to Akechi rather than an antagonistic one.

It's not only the characters who have been altered. Several cases which Akechi and Kobayashi encounter are based on Ranpo's short stories. In fact the very first mystery in the anime is based upon The Human Chair. Other tales which find themselves referenced in the anime include The Strange Tale of Panorama Island, Dark Star, and of course, The Black Lizard and Shadow-Man. They have all been woven together into a tight story that readers of Edogawa's works will find both familiar and new. 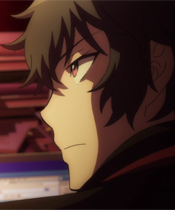 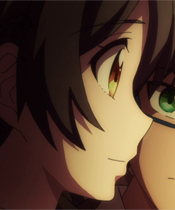 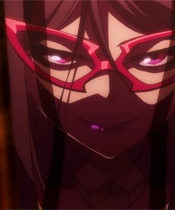 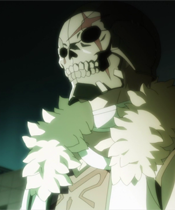 What sets this series apart?

Ranpo Kitan is slightly unusual in that it reduces some of its minor, supporting characters into personality caricatures. E.g. Kobayashi's home room teacher, who dresses like a gothita catgirl and tries to act cute. Also, during explanations of murders, the seriousness of the moment is interrupted abruptly by a loud chibi (little) surgeon who visually demonstrates what the results of their autopsy revealed about the victim's manner of death. The shift in mood can be jarring and probably unexpected for an anime that tries to set a grim tone. Most other series will attempt to preserve the atmosphere of a scene rather than break it as Ranpo Kitan does. 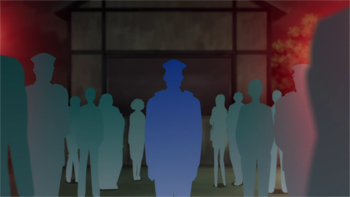 Other possibly unique points is the use of silhouettes for background characters. I.e. Background classmates, generic police officers, and members of the public. These silhouettes aren't removed unless the person becomes significant for whatever reason, which is an interesting, visual way of preventing viewers from realising their importance until later. Sometimes the silhouettes are replaced with something else, like ball-jointed dolls, in order to make a more meaningful association.

Should you watch it?

Fans of the crime and mystery genres will certainly love Ranpo Kitan: Game of Laplace. Whether you're familiar with the original stories or not, Ranpo Kitan is an adaptation that manages to twist enough of its source material to keep viewers wondering. Trying to compress the story into an eleven-episode series makes it hard to develop a rapport with any characters other than the main three, but the mysteries should satisfy anyone looking for a quick crime-solving fix. Ranpo Kitan manages to pack plenty of imagery and subtle foreshadowing throughout each episode as well, making it one of those series where it's worth a second watch. You'll probably find that you've missed something you didn't realise the significance of until later!

On the gritty side of things, people who enjoyed Ranpo Kitan may also enjoy these titles:

Death Note - A supernatural, psychological thriller where student, Light Yagami, finds a notebook and discovers that it has the power to kill anyone whose name is written within. This series follows his sliding descent into ever greying morality while he's pursued by the greatest detective mind in the world, known only as 'L'.

Majin Tantei Nougami Neuro - A supernatural series involving a demon who loves eating mysteries, and the young girl whom he uses as a human front. He solves the mystery; she gets the credit!

Ghost Hunt - A supernatural mystery series where ghosts are the perpetrators! Mai Taniyama gets recruited as an assistant at the Shibuya Psychic Research Company, which locates and exorcises the spectres responsible for paranormal activity. 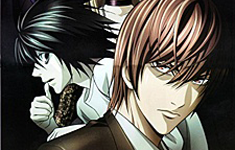 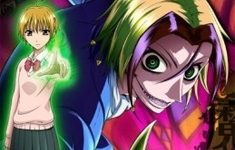 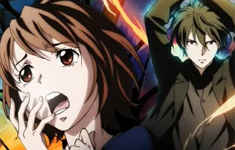 If on the other hand you enjoyed the more light-hearted, humorous aspects of crime-solving, then these titles may be more your thing:

Detective Conan - An episodic crime series for the younger demographic. Shinichi Kudo is a renowned teenage detective who makes the mistake of following some suspicious men in black one night. They force him to ingest a poison, but instead of dying, he's shrunk to the form of a tiny boy! To hide his identity, he adopts the name Conan Edogawa and continues to secretly pursue the men and the organisation they belong to.

Hyouka - A slice of life mystery series about a boy who has plenty of intelligence but refuses to waste energy doing anything other than what is necessary day-to-day. He's forced to join the Classic Literature Club and meets a girl who is as interested in mysteries as he is in not wanting to solve them.

Gosick - A mystery series set in Sauville, France during the 1900s. Kojo Kazuya meets a young girl named Victorique at the prestigious French academy he's studying at, and the mysteries she unravels with her intellect and logic slowly draw him closer to her. 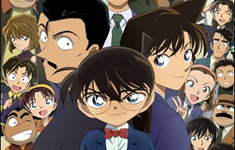 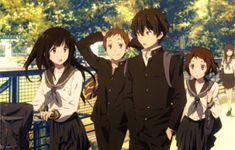 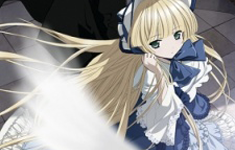 Gintama is a beloved anime both overseas and in Japan. While the main genre and point of the show is satire and humor, the show set in the Edo area, and thus is heavy in cultural and historical background.