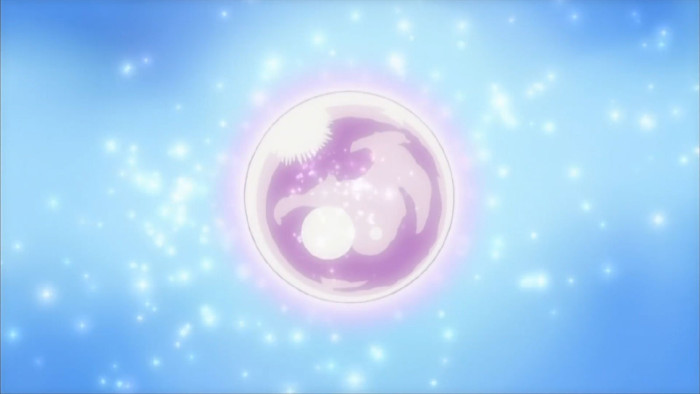 The setting of InuYasha is Feudal Japan during the Warring States Era between 1467 and 1603. It was during this time that different factions fought in order to gain more land, influence, and wealth, while famine and poverty were common among the lower-class. These wars continued until Japan was eventually united under the Tokugawa Shogunate in the early 1600s.

Normally a work of fiction that uses this setting focuses on famous figures from that period and chronicles their war efforts, or bases the characters off of them. But InuYasha instead places a greater emphasis on various demons that are using the constant warring to their advantage to move around unhindered. The actual fighting and political drama is set aside, but you can see the effects from how Inuyasha’s party crosses various battlefields in search of the jewel shards only to find them littered with corpses, while poverty and bandits are a widespread problem.

The supernatural and demons are a part of everyday life, rather than an obscure or masqueraded world that few know about. Most demons have little regard for humans, seeing them as lesser beings, and we see how humans also see the demons as monsters. The conflict between these two, and where the party stands among them during this state of constant fighting, acts as a major part of the story. 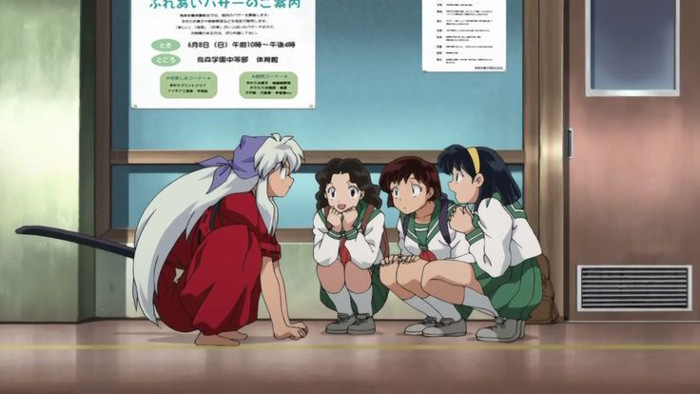 The blending of supernatural aspects with the Warring States Era is a fairly rare occurrence among anime and manga series to begin with. But because hostility between demons and humans is so rampant, it leaves half-demons like Inuyasha, Shiori, Jinenji, and even Naraku straddled between two worlds and struggling to find their place.

It takes into account the differences in the time-periods of Japan, past and present. Kagome, a girl from the Modern Era, is out of place in the Feudal Era and has to adapt, much like Inuyasha has to whenever he visits the Kagome’s time and finds it different than the world he knows. Cultural values change over time, and some things that seem improper in one era are commonplace in another - such as Inuyasha’s suggestion of taking both Kikyō and Kagome as his women at one point. This would not be strange for one in a position of power to do in that era, but for Kagome, it is something she cannot abide by because it is no longer practiced in her time.

It also touches heavily on the subject of death, reincarnation, and souls. These are embodied by Kikyō, whose resurrection was unwanted and relied on feeding off the souls of others to live. We see from her point of view what it feels like for the dead to return, how death changes someone, and how they yearn for the life and love they lost but must deal with the fact that time has moved on.

Last, it handles romance and the different forms of love well. Sango’s love for her brother and Miroku drives her throughout the series to make choices that would spell her death, as she cannot bring herself to live without either one of them. She sees her own life as meaningless without both of them because she has already lost everything. And the relationship dynamic between Inuyasha, Kagome, and Kikyō has meaningful significance beyond a simple love triangle, instead being a tragedy that has consequences and is treated seriously as the series continues. 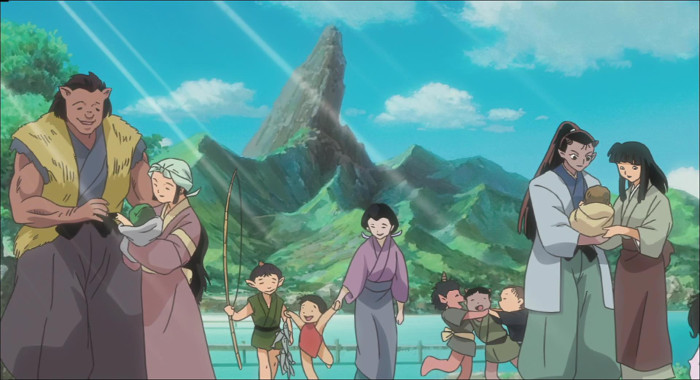 Because of the uniqueness of the series, not many anime can be called similar to it as a whole. Certain parts are widespread and easy to find, but others are hard to find elsewhere. Instead, looking to the various aspects of the series can provide themes that can be used as a reference.

For an anime film set in the Warring States Era that deals with conflict between supernatural beings and humans, then Mononoke Hime would be a prime choice. The story focuses on the battle between forest spirits and humans in a nearby town that consume the lands they need to live on. Since they must share the same world, only finding a resolution that helps them both will end the constant battles and bloodshed.

For series where the focus is on the protagonists being born of both humans and demons, struggling to find their place in the world, then two recent choices are Nurarihyon no Mago and Ao no Exorcist. The first deals with various Japanese demons competing to take over the supernatural world while lurking in the shadow of the modern age, while the latter works as an exorcist in order to defeat the ultimate evil. The protagonists in both of them are neither human, nor demon, but a merging of the two and have to come to terms with that over the course of the story.

For an action series where the party consists of humans, demons, and half-demons traveling in order to defeat a greater evil, with the focus being on their travels leading up to their destination, then Gensoumaden Saiyuuki is a fine selection. Like InuYasha, they meet various others humans and demons that once lived side-by-side but were turned into enemies, half-demons who suffer as a result, and half of the team have uncontrollable powers that turn them into violent monsters when not kept in check. However, romance isn’t a focus and is rarely present.

For a series that deals with a main protagonist who gets sucked into the ancient past and must go on a journey, there's Fushigi Yuugi. While the setting is in a fictional China, rather than Japan, it does have a lot of similar elements to InuYasha, such as the main heroines being reincarnations of powerful individuals. That being said, the intended audience is Shoujo and thus not
for everyone.

WHO SHOULD WATCH IT 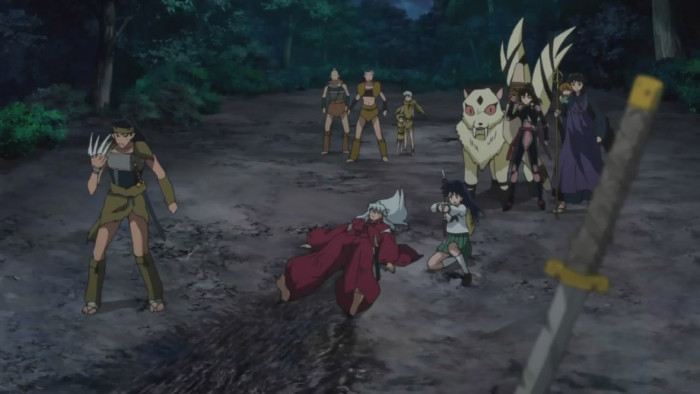 When it comes down to it, InuYasha is an action-adventure series. The focus of the series is that the party is traveling all over the continent in order to collect powerful artifacts. Along the way they must defeat various villains who seek the same artifacts to grow stronger, with Naraku having played a significant part in the tragedies of their lives. Fans of combat-heavy plot-lines, supernatural beings, and Shounen elements will find these qualities in abundance and enjoy it.

Character development and growth between the groups, as well as how they deal with living in their violent world, are also key points to the series. The romance between the characters, with jealousy and the willingness to die alongside loved ones, is very strongly represented. For someone who loves romances between a human and a supernatural being, love triangles with serious ramifications, and slow build-up, InuYasha is a must watch as well.