Here is a Russian Orthodox Church and the Imperial Capital for comparison: 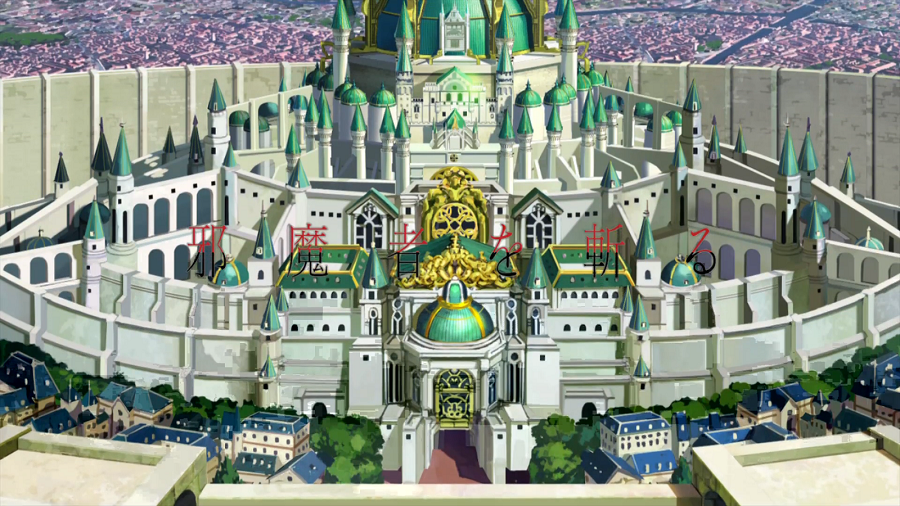 On the other hand, the towns themselves have a central European aesthetic.

When it comes to attire, feudal Japanese culture slips into many of Akame ga Kill’s character designs. For example, the revolutionary army soldiers all don red headbands strikingly similar to the ones worn by the Sekihotai, a group of political extremists that fought to overthrow the shogunate during Japan’s civil war.

Sekihotai as imagined in Rurouni Kenshin

The Meaning Behind Character Names

Numerous of the Characters in Akame ga Kill have curious names, such as Akame herself whose name is Japanese for "Red-eye", which of course is reference to the fact that her eyes are red.

Leone’s name is a derivative of the Italian name Leon, meaning "lion", in reference to her animal powers.

Bulat’s name is a form of medieval Russian steel. Fitting considering he is often clad in a full suit of armour.

One alternative translation of Sheele’s name is Schere which means "scissors", her weapon of choice, in German.

The Meaning Behind the Teigu names

The creators of Akame ga Kill also went to great lengths to make sure that the show’s teigu had some relevance to the show’s plot and their owners. For instance Bulat’s teigu's name, Incursio, is the latin word for incursion or raid which ties in with Night Raid’s name and activities. 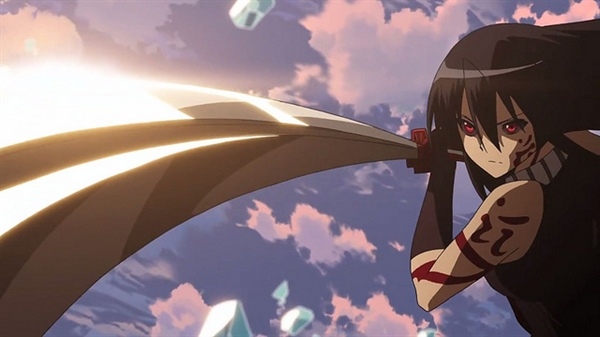 Akame’s Murasame translates as "Village Rain" or "Autumn Rain". In Japanese literature the blood spray from a sword cut is often described as "Rain", "Red Rain" or "Blood Rain" whilst autumn is a period associated with things dying or going to sleep, so the name of Akame’s teigu is most likely connected to her numerous acts of violence.

Leone’s Lionelle is a variation on the name Lionel which mean Little Lion, once again referring to her animal like abilities.

Najenda’s Susanoo has the same name as a Japanese Shinto god who was banished to earth from heaven for upsetting and angering the sun goddess Amaterasu. Its nickname, Speed of Lightning, is also in reference to Susanoo having control over storms. However, their names seems to be the only thing they share, as the god is known for fits of rage and ill temperament while the teigu is calm and composed.

Finally Chelsea's tegui has by far the most bizarre, name as Gaea Foundation at first appears to be named after the Greek goddess Gaia, mother of the universe. However it seems more likely it actually takes it’s name from an actual American foundation called The Gaea Foundation, whose mission is to foster deep social change and promote alternative opinions and viewpoints. This fits in with the fact that Chelsea joined The Revolutionary Army after seeing how her assassination of the viceroy she worked under had caused change for the better. Gaea Foundation also lets her change appearance at will, once again touching upon the subject of change.

The show’s execution and uniqueness

Akame ga Kill’s tone is the most unique part of it, and depending on your taste it could be a serious asset or detriment. The best description for it is "utterly bipolar". A good example of this is when in episode one Tatsumi discovers some people close to him have been brutally murdered he gets about thirty seconds of mourning, before the show leaps back into goofy slapstick comedy, and he is dragged off screen kicking and screaming by a large breasted character with cat ears.

Another unique aspect is that everything is black or white in a comic book fashion, and while that’s not uncommon in anime, this show takes it to the extreme, especially in regards to some of its antagonists, many of whom seem like the kind of people who’d set an orphan alight "for the lulz".
The shows main defining quality and drawing point is the fact that anyone can die without the slightest warning. While some character deaths may be preceeded by a bit of foreshadowing, a lot of them will simply happen in a gruesome, hyper-violent manner.

Bleach follows schoolboy Ichigo Kurosaki who has had the ability to see ghosts since he was young. A chance encounter with soul reaper named Rukia unlocks hidden powers of his enabling to fight hollows, warped and evil souls that pray on defenseless ghosts. While Bleach is definitely a far longer show, like Akame ga Kill it is heavily action-oriented and often focuses on 1v1 fights between characters.

In a world where humanity is constantly under siege from humanoid man-eating behemoths, a young boy named Eren Yeagar swears revenge on them after witnessing the death of his mother. He along with two friends join a branch of the military known as "The Survey Corps" and help fight the titans. Shingeki no Kyojin is also a show renowned for hyper violence and sudden character deaths, but it doesn't have as much of Akame ga Kill's goofy humour.

Claymore: The History Behind The Anime and The Ultimate Weapon

People that dream of a land where knights, castles, dragons and dark sorcery exist are easy prey for Claymore, which is full of all of the above. Let's take a closer look at this epic battle anime as well as its most famous weapon.