Claymore: The History Behind The Anime and The Ultimate Weapon

People that dream of a land where knights, castles, dragons and dark sorcery exist are easy prey for Claymore, which is full of all of the above. Let's take a closer look at this epic battle anime as well as its most famous weapon. 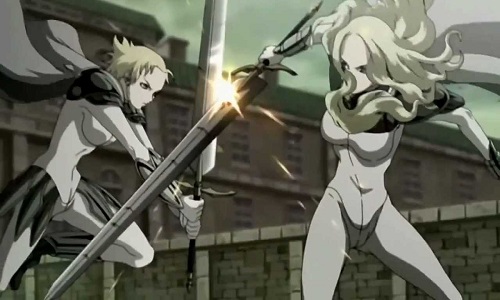 As is the case with many other blood-spilling, demon-slaying anime, Claymore is full of gruesome battle scenes and exciting action sequences. The story revolves around a group of of extraordinary knights called the Silver-Eyed Witches or Claymores (after the swords they carry). Their mission is to eradicate the existence of demons that threaten humankind. As fine as their mission is, the members of that band of knights are actually half-human and half-demon. Partially activating the demon energy, called Yoki, within themselves, the Claymore warriors boost their physical strength for the sake of their organization's goal.

History of the Claymore Weapon 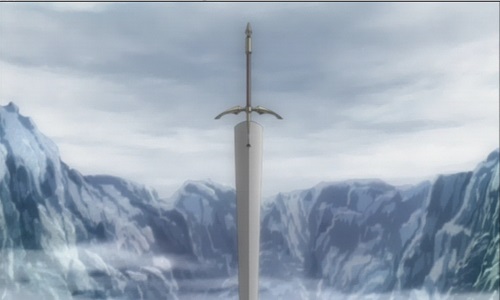 The Claymore weapon is a large two-handed sword used during clan wars between kingdoms in the early medieval ages. It is designed to be heavy so that the wielder has to hold it with both hands. The weapon inflicts heavy damage when its blow hits the target, but it causes a poor reaction time for its wielder due to its enormous size.

The term 'Claymore' was originally coined from the Gaelic word claidheamh-mor which means great sword. The Claymore weapon is also referred to as the Scottish broadsword, since it was first created in Scotland. It started out to be smaller and thinner in size, but several features were added to it throughout time and the Clyamore weapon eventually evolved into its current shape and size.

The Claymore Weapon in the Anime 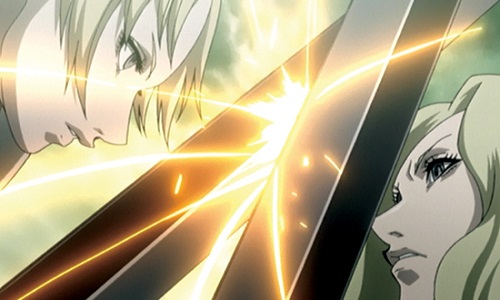 Only few people favor to use Claymore swords in real life. However, in the anime Claymore, the Claymore warriors can wield it with amazing speed and spot-on accuracy, with the assistance of their Yoki, therefore diminishing the weapon's weak points and taking full advantage of its strong points.

Claymore swords are each slightly different, unique in some way. For example, there are specific Claymore weapons that can increase the wielder's attack speed, while others are best used for dealing massive damage. There is also a special type of Claymore sword that is well-balanced to suit wielders without any specific preferences. Claymore displays the basic sword techniques with the thrust and deflect strategy. There are a lot of collisions of swords with raw, devastating force and unbelievable speed.

The Sattire of Claymore 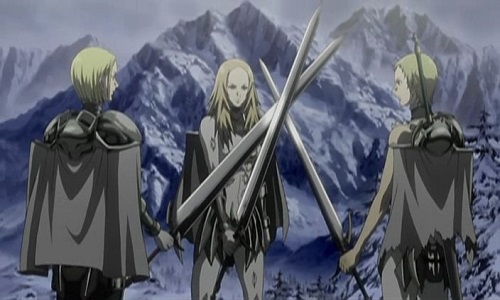 Entertaining as it is with all the action scenes and plot twists, Claymore is actually quite satirical in nature. It somewhat pulls your mind back to the witch hunt in the early years, 1561 to 1727. This was an era when a Claymore weapon was used to capture witches.

The "Witch Hunt" is the massive search for witches, who are characterized as humans, usually females, who exercise witchcraft with the help of demonic powers. They are said to bring evil and misery to people. It has been a great international matter on several countries. Even Great Britain issued an act called the Witchcraft Act of 1735 to punish those caught in the act of summoning powers or exercising dark arts in any way. ]

The fact that the name of the group of Claymore warriors also has the word 'witches' in it (Silver-Eyed Witches), connects with the witch hunt theme. Unlike what happened in history though, the anime portrays a phenomenon where witches hunt humans possessed by demons. During these hunts, they also use their Claymore swords, turning the tables on the humans who had once hunt them down. Talk about irony, huh? 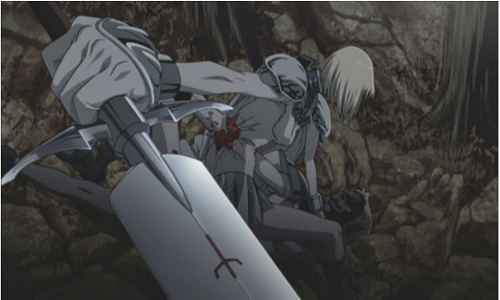 Another interesting fact is the origin of the main protagonist Clare's name, which is a joke in itself. Clare, in Scottish Gaelic, is a homophone of claidheamh. If you remember, the name of the Claymore sword originated with the word claidheamh-mor. To sum things up, it turns out that the main character, the most significant weapon in the anime, and the anime's title itself all originated from the same source.

Claymore has been praised by many anime enthusiasts because of its amazing sword plays, plot twists, and characters with beastly strength. It has imprisoned minds of medieval age fanatics and has them craving for more. If you haven't seen it already, please be sure to check it out!