Popular anime series One Punch Man returns to Grand Summoners with a 1-2 punch!.

One Punch Man Crossover Highlights
Long-time fans of Grand Summoners can get a ‚ėÖ5 Limited One-Punch Man unit for FREE, while new players will get 3x crossover units total! Highlights include: 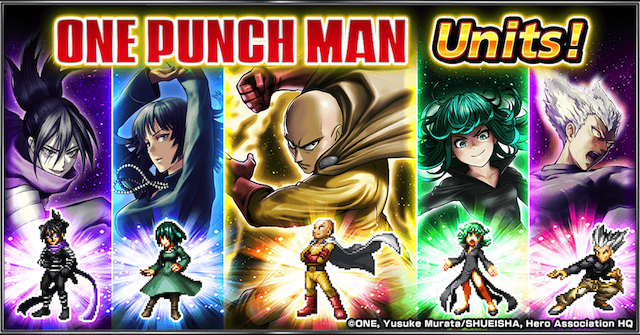 During the One Punch Man crossover, players can take part in a Daily Instant Win Campaign by visiting Grand Summoners' Twitter page.

Share the One Punch Man promo everyday for a chance to win a $100 Amazon Gift Card or 300x Crystals for Grand Summoners! 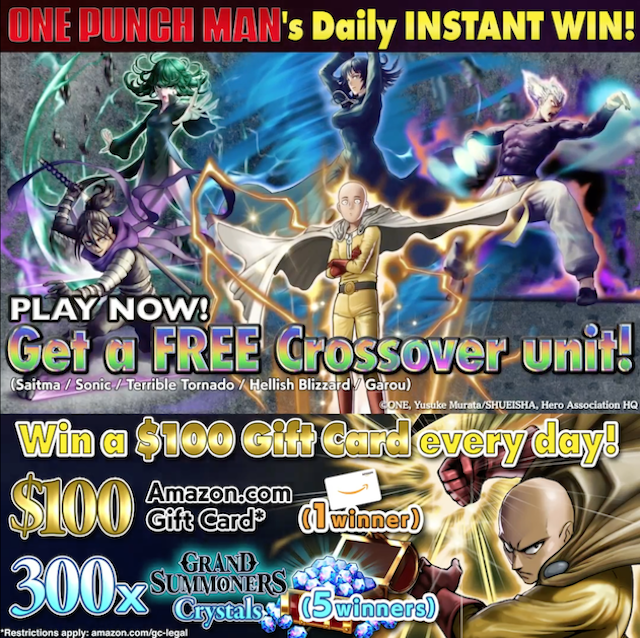 Get a One Punch Man character for Free!

Players can get a ‚ėÖ5 One Punch Man unit for free on day one of the crossover, even if it‚Äôs their first time playing! Every player will be able to summon one of five featured OPM units with their free ‚ėÖ5 crossover summon ticket. 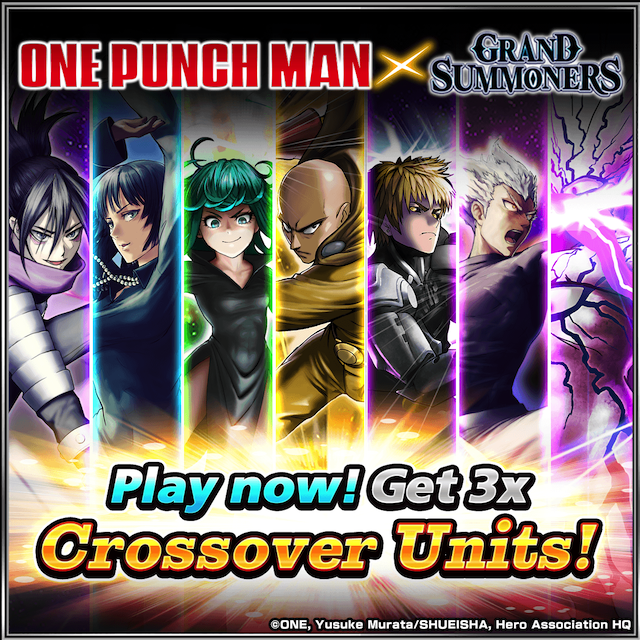 For the first time ever in Grand Summoners, all five units can be upgraded to 120 Luck! By completing special advanced quests, players can collect Luck gems to Max their Luck to 120 -- which earns more rare item drops during quests and will power them up in future updates! 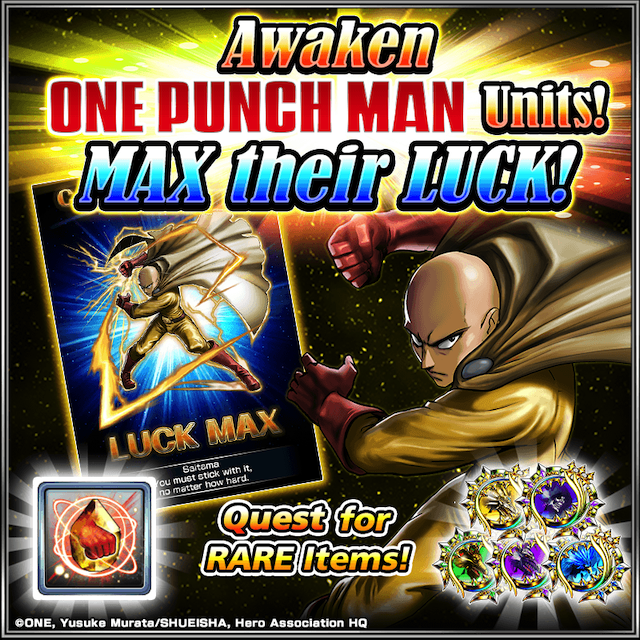 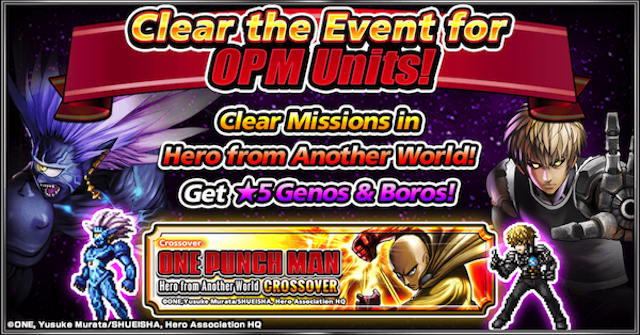 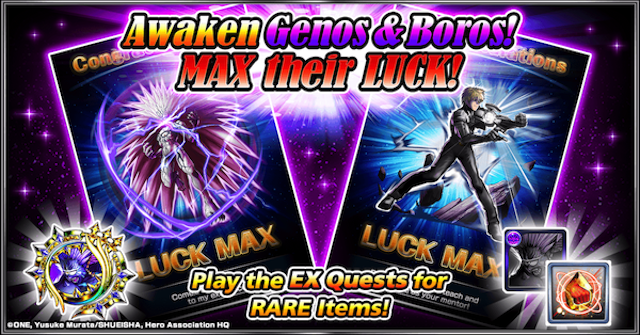 Get limited-time One Punch Man-inspired equipment items for Saitama, Genos, Speed-o‚Äô-Sound Sonic, Hellish Blizzard! These can be acquired by playing the exclusive One Punch Man event. 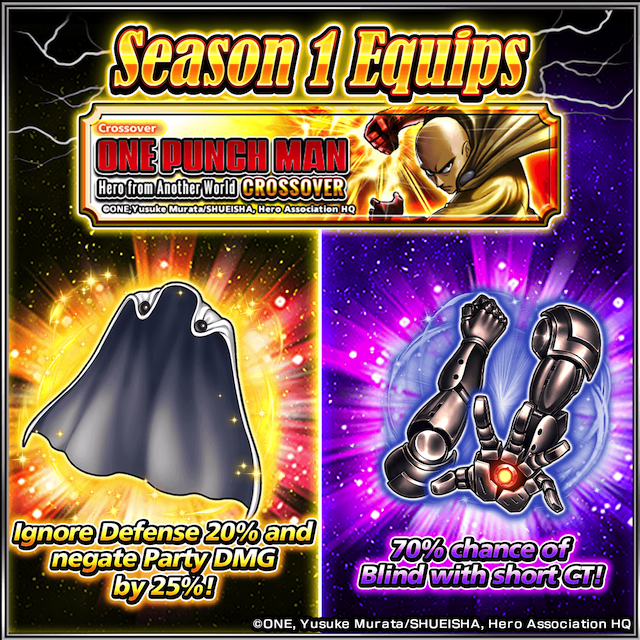 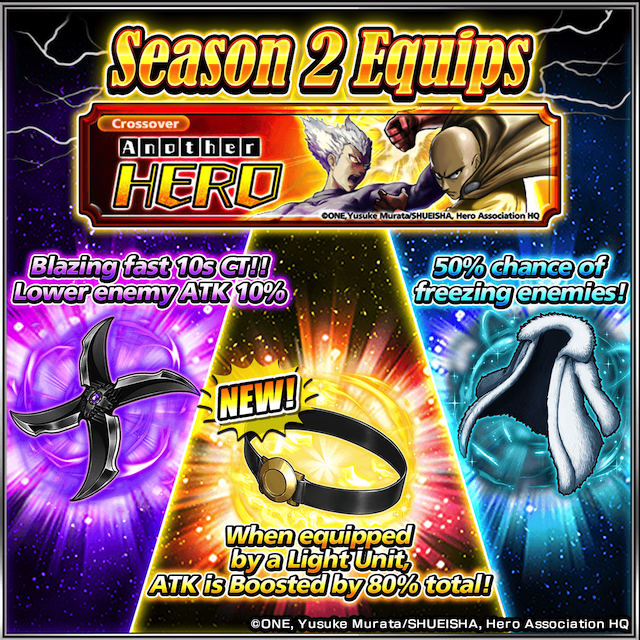 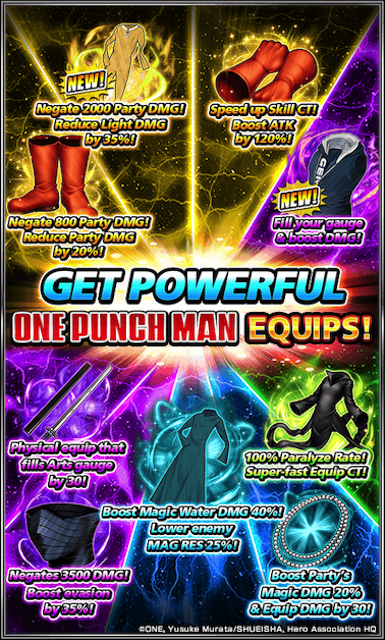 Crossover Fully Voiced by One Punch Man‚Äôs Original Cast:
The One Punch Man crossover features all-new voiceovers from the original voice actors. Collect all seven crossover units to listen to their iconic anime catchphrases and original character lines in Japanese!

What is GRAND SUMMONERS?

Grand Summoners is an epic Anime RPG with heated, real-time RPG battles -- all in cutting-edge pixel art graphics! Quest in multiplayer where 4 players work together to defeat bosses. The Arena features PvP content where players face-off using their best units and equips. Players can also team up and compete in Raids for valuable rewards! Grand Summoners‚Äô single-player content is just as memorable, featuring an epic Main Story mode spanning over 50-plus hours of gameplay, with new events added weekly. Players can earn over 1,000 Crystals by completing all the single-player missions combined!

Play Grand Summoners!
Experience the RPG action and don‚Äôt miss the One Punch Man crossover. Play Grand Summoners today on i‚ÄčOS ‚Äčand ‚ÄčAndroid.‚Äč You can also visit ‚Äčour website for more and follow us on ‚ÄčFacebook, ‚Äč‚ÄčTwitter,‚Äč Instagram‚Äč and ‚ÄčYouTube.‚Äč