Anyone who is a prince (no, not that one) finds himself in a position of great power but also great vulnerability. Maybe you have loving parents who want you to inherit a just kingdom, or maybe mommy is an evil queen who wants you to conquer her enemies and sees you as nothing but a tool. Some princes are good, some are evil, and some are a bit of a mix. This list will show you the best of the best regardless of moral compass. 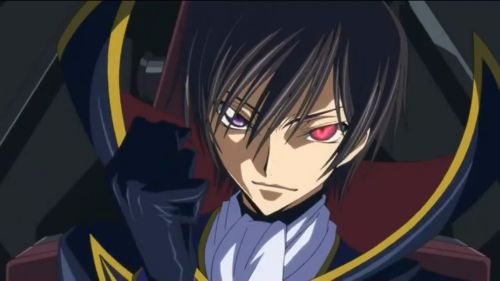 Lelouch is an exiled prince from the Britannian Empire, a military superpower well on its way to complete global conquest. At a young age his mother was murdered, forcing Lelouch and his sister Nunnally to move to Japan and try living normal lives. This changed one day when he met a mysterious girl who granted him the Geass, a power that allows Lelouch to give a command that must be obeyed by anyone he makes eye contact with. Armed with this power and his genius intellect, he now seeks revenge against his former homeland. 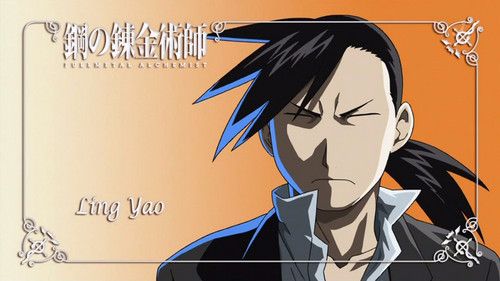 Next in line for the throne of the Empire of Xing (the Fullmetal Alchemist equivalent of China), Ling came to Amestris in search of the legendary Philosopher’s Stone. In combat Ling is incredibly deadly, using a combination of swordplay and martial arts that allow him to keep up even with alchemists that possess abilities akin to superpowers. He is not afraid of fighting dirty either, having learned to do whatever it takes to survive over a lifetime of avoiding assassination attempts. 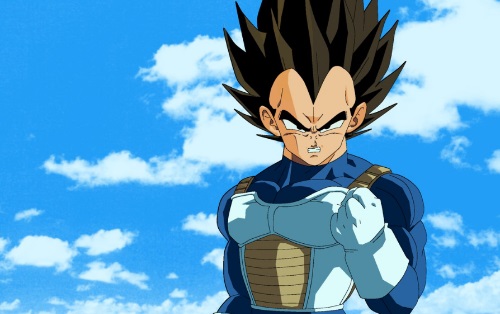 Son of the late King Vegeta, Prince Vegeta is the last surviving member of the royal family and one of the few Saiyans to survive the destruction of their home planet. While there is nothing left for him to rule he still refers to himself as “The Prince of All Saiyans” and is one of the proudest warriors in the series, sometimes going as far as to let enemies strengthen themselves just so that he can experience a better fight. And when you pack enough power to leave destroyed planets in your wake, you can do whatever you damn well please for the most part.

From: Prince of Tennis 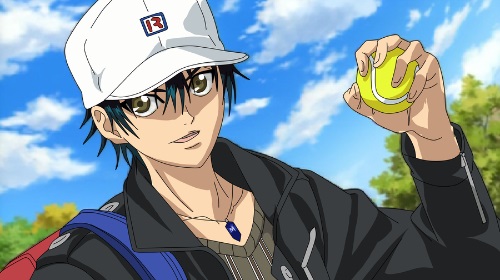 While Ryouma is not technically a prince, his near invincibility in tennis has earned him the nickname “The Prince of Tennis”. Ryouma is an extremely competitive athlete, constantly pushing himself ahead no matter how fatigued he may be. This has led to a bit of an arrogant streak; Ryouma has a habit of taunting opponents before tennis matches and is fairly cocky due to his immense skill in the sport. 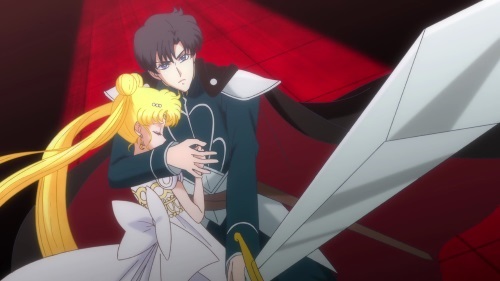 Prince Endymion once fell in love with Princess Serenity of the Moon Kingdom. Being from Earth their love was forbidden but they carried on in secret anyway. When Queen Beryl and her evil forces attacked the Moon Kingdom he rushed to their aid, fighting and dying to defend it before later being reborn on Earth as Tuxedo Mask while Princess Serenity was reborn as Sailor Moon. Now in their new lives they fight alongside each other again, desperate to prevent the Dark Kingdom’s return. 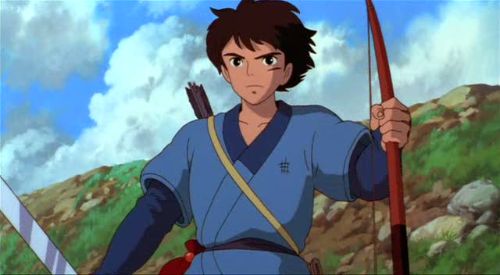 Ashitaka is the prince of Emishi in a fantasy version of ancient Japan. Fighting as a brave and skilled archer, he singlehandedly defended his homeland from a demon but was cursed by the beast in the process. With his arm infected and slowing spreading throughout the rest of his body, the young prince went into a self-imposed exile to find a cure for his ailment. On the plus side this curse gives him superhuman abilities, like firing arrows that can take people’s arms right off.

From: Snow White with the Red Hair 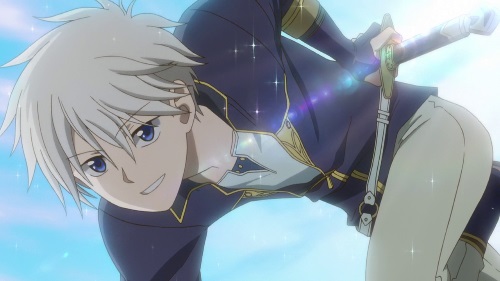 2nd Prince of the Kingdom of Clarines, Zen is a picture perfect example of what it takes to be Prince Charming. He is funny, humble, rich, and not too bad to look at either. While normally easygoing, Zen is quite serious where matters of state are involved as he cares deeply for his country. But even when serious, he is never sad or angry, always focusing on getting the best out of a situation for himself and his friends, even in the worst of times. 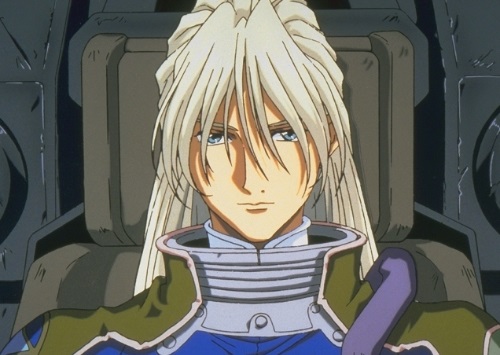 Born as Prince Milliardo Peacecraft of the Sanc Kingdom, as a boy his world was shattered when his pacifist homeland was invaded and all but wiped out by more militaristic countries of the United Earth Sphere Alliance. Donning a helmet and new identity, he became Zechs Marquise and joined the secret organization Oz which planned to one day overthrow the Alliance. Considering himself a traitor to his family for abandoning their pacifist ways, Zechs now battles for the causes he believes must succeed for the entire world to have the peace that the Sanc Kingdom once knew.

From: The Heroic Legend of Arslan 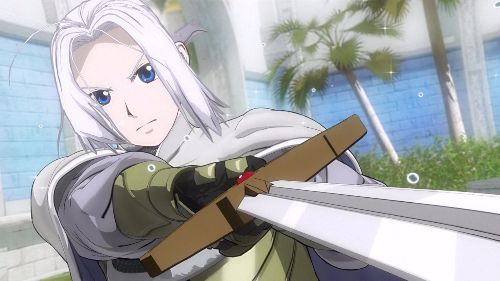 Prince of the Pars Kingdom, Arslan was forced to flee his homeland at a young age when the country was invaded. Often underestimated by his enemies due to his small size and meek figure, Arslan is a fierce warrior with the charisma of a true prince and impressive intelligence. Above all else his strongest trait is his uncompromising loyalty to his friends, all of whom he would do anything for.

From: Uta no Prince Sama 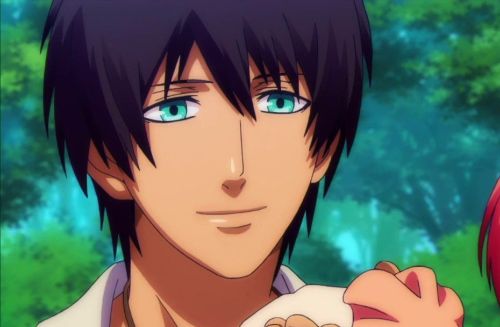 The Prince of Agnapolis, Cecil lives under a curse that turned him into a black cat. This curse can only be broken by true love, although it can temporarily be lifted by a regular kiss on the lips or through great exertion of his magical abilities. This seems to have affected his personality a bit as well (he is afraid of dogs). A kind and sweet person, Cecil fell in love with Haruka at first sight and has helped her quite a bit, even when confined to cat form. 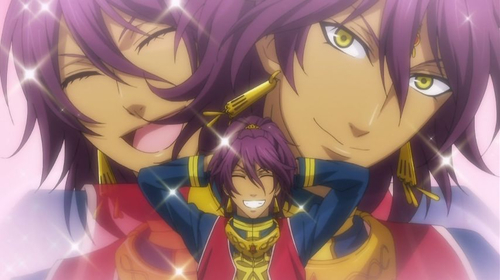 Soma is the 26th son of the King of Bengal and lived the high life in a palace full of servants. But when his friend and servant Meena disappeared, he left for England along with his butler Agni in search of her. Although Soma does come across as a bit of a spoiled prince, he is a good person at heart and does at least try to do the right thing. 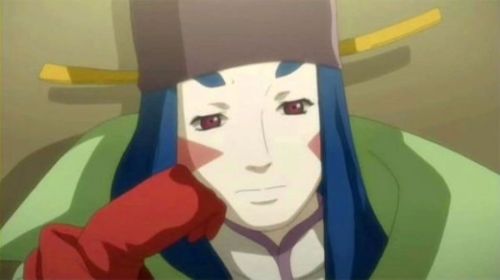 While most princes in this list come off as prince charming, Ukyo is more of a prince charmless. A self-centered man with a manipulative and cruel demeanor, he is the heir to the emperor of Ayamaro. While he would not have had to wait long to gain his throne since daddy dearest was hooked up to life support, Ukyo decided not to wait at all and pulled the plug instead. This was only the start of his evil plans, but he was not counting on his schemes being interrupted by a certain group of samurai.