One of the best things about anime is how populated it is with adorable furries and animal-human hybrids that indulge the fantasy of possessing a few of the best and cutest traits of our animal friends.

Along with all of the adorable cat girls and fox girls, we have the very cool wolf girls, with their beautiful tails and fluffy ears. Here are the twelve that made the cutest list! 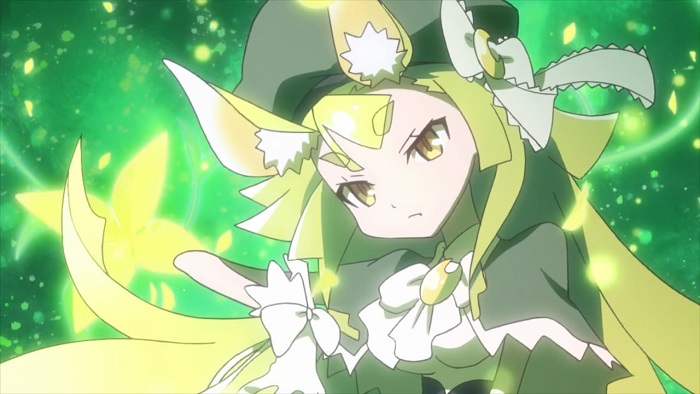 Like many entrants on this list, enjoy the cuteness, but don't let it fool you. In Luna Tsukuyomi's case, most of the time she's a shy sweetheart. When she fights, wielding the power of the Moon Tarot Card, she sprouts very lupine ears. However, when she gets possessed by jealousy, it makes her vulnerable enough to her and her friends' enemies to turn her into a werewolf "daemonia", bent on killing. Lucky for her, the most precious thing of all helps her overcome her jealousy and turns her back to normal, and that thing is none other than friendship. 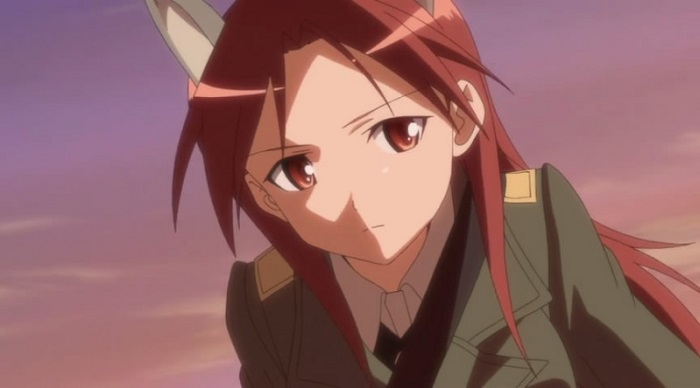 Like Luna, Minna's wolfy side only comes out in combat, growing ears and a tail before entering the fray. As a veteran Witch of the 501st Joint Fighter Wing and the renowned "Ace of Spades", she has the added bonus of being the kind of fuzzy-eared wolf girl who can handle a gun and look cute while doing it. And of course her crush on Squadron Leader Sakamoto makes her even more adorable. 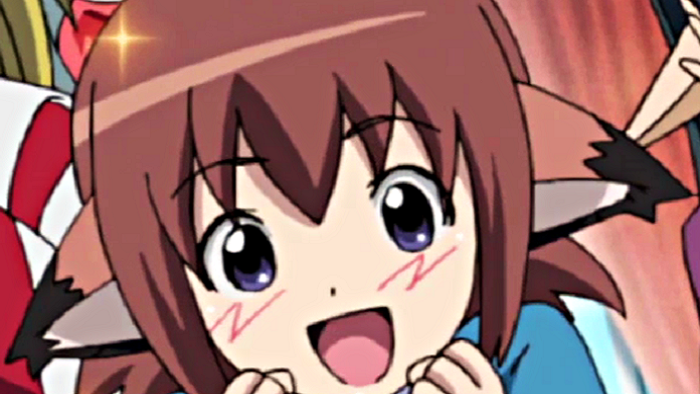 Though she plays a small part as a Wolf Fang Enchanter and a member of the Crescent Moon Alliance, Ashlynn makes herself the cute pup of the group. Always eager to help, even in the smallest of ways, this minor character is just too cute with her little ears and her adorable dresses. 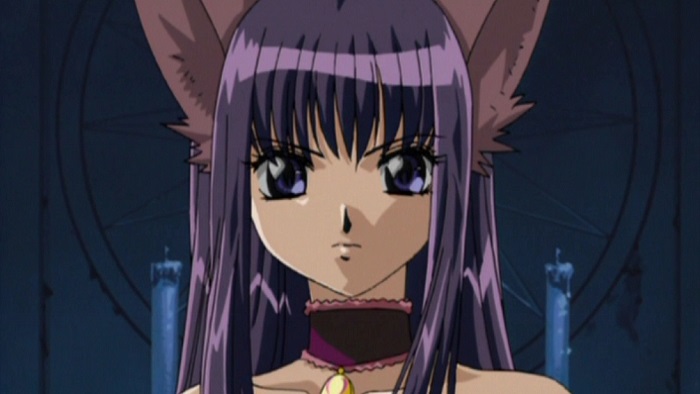 A wolf among kittens. In this old-school magical girl anime, Zakuro appears as the fifth member of the Mew Mews, her DNA curiously mixed with that of a grey wolf. Zakuro faces off in battle with a pair of adorable purple wolf ears and a wolf's tail, along with a wolf's ferocity. She could be considered the dark horse of the group, but even so, she can't avoid being cute just the same, not with those fluffy ears. 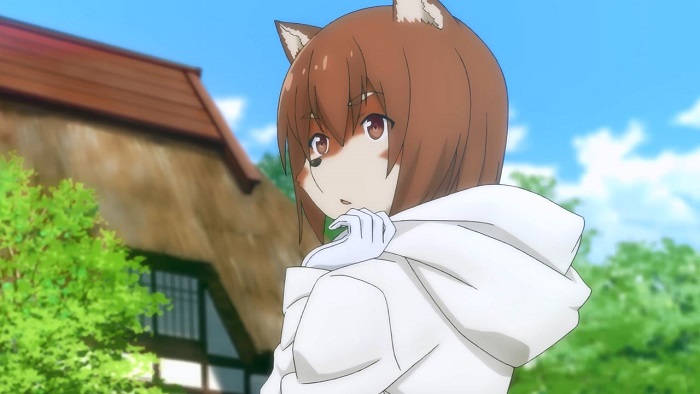 So what do you call a tamer version of a wolf girl? Well, a girl who has "dog" features instead (actually, no, there is no such thing as a completely tame wolf girl). Since dogs are technically descended from wolves, we're going to cheat a little and include her on this list. Canine by day and human again only by night, by way of some magic chocolate she ate by accident (it happens), Inukai IS adorable. Actually, it's a credit to the animators here that even when she looks like a dog she can still express herself in a very human way. Dog or wolf, her adorableness easily earns her a scratch behind the ears. 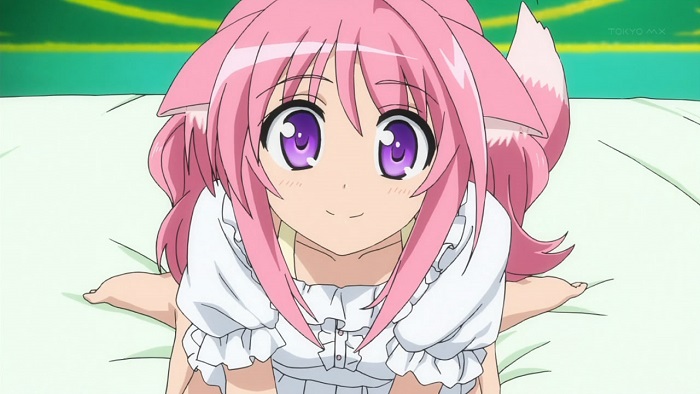 Yes, it's another dog (technically) but she is just too cute! She's PINK! And a princess. And she's named after an Italian cookie. Well, okay, Biscotti is only her surname, but her first name does mean "million flowers", and that's equally adorable. She's the sort of princess beloved by her people, but she's also the owner of the Holy Sword Excelide, which means like all good wolf (or dog) girls, she can hold her own in battle well enough (though even in armor, she's still pretty cute). 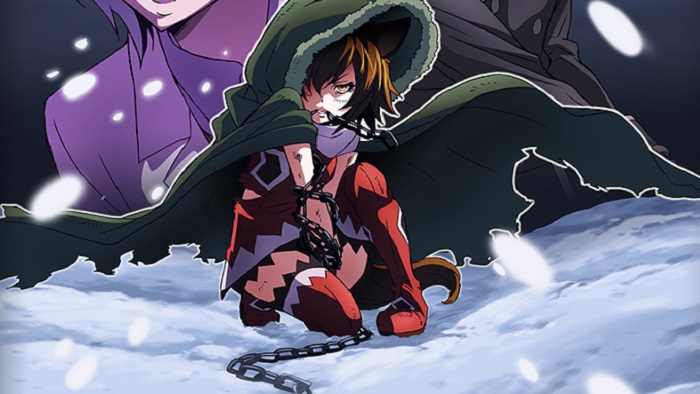 Halfway through the list, and here we have our one and only true werewolf on this list of wolf girls. True, she comes from a little-known, single-episode ONA, but still, as far as being a mix between cute and fierce, Yonaga pulls it out perfectly. She is one to be approached with caution. Even though werewolves in this world no longer fully turn wolf, she, like the rest of her kin, is dripping with supernatural mystery. And she's still quite cute with her fluffy ears and tail.

5: Mashiro Mito from Tayutama: Kiss on My Deity 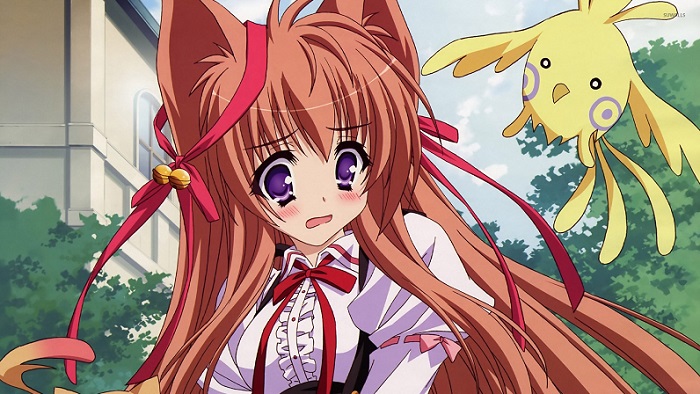 The incarnation of the goddess Kikuramikami no Hime, her wolf ears and tail come as part of the package. But what makes her so cute, apart from her big moe eyes and all her wolfy fluff? Well apart from how much she wishes for a mutual harmony between humans and Tayutai, she also falls in love with the main hero Yuuri, to the extent that she claims to be his wife. Can't get much cuter than a wolf girl pining for your affection, eh? 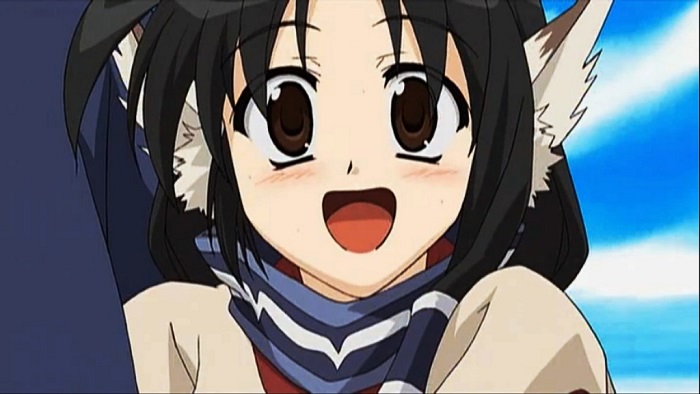 As the wolf-eared main love interest of this classic fantasy anime, Eruruu is the kind of hard-working, kind-hearted soul only the best heroines of an epic adventure are made of. Though the extent of her wolfish tendencies stops at her ears and tail, her cuteness is undeniable, especially like in moments when Hakuoro, the main hero of the story and the man she falls in love with, yanks on her tail. 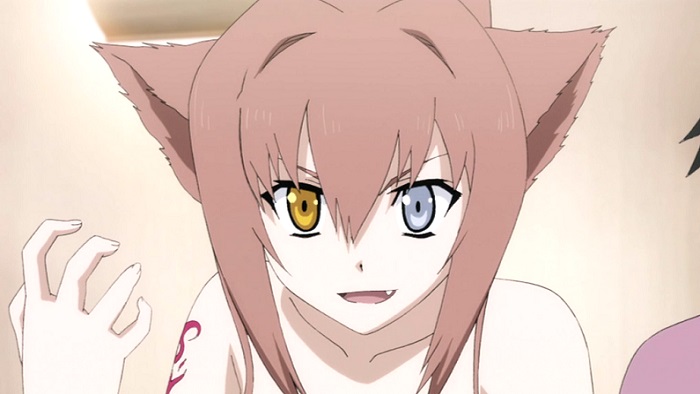 Also known as "Odd Eye" for her one golden eye (which earns her extra cuteness points), Ai a.k.a. Aika is a famous thief possessing a tattoo that's actually something called a Lost Precious, something which lets her turn into a half-wolf. She's saved from the thieving life by Ryuuji, which is great for her in the long-run, but there is something both awesome and cute about a wolf-eared outlaw girl with heterochromia.

2: Yuki from Ookami Kodomo no Ame to Yuki 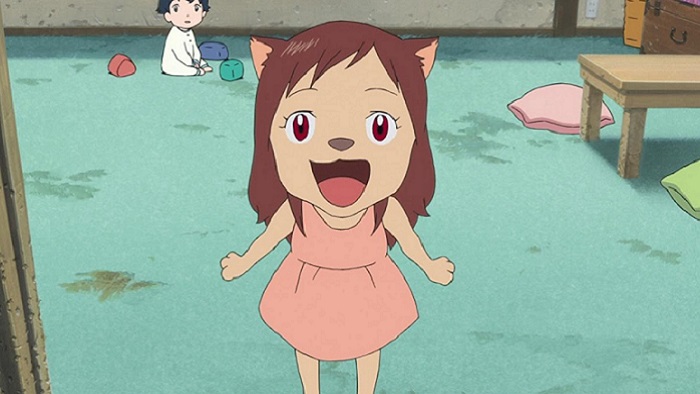 You'd think that a werewolf fathering a child with a human woman would be cause for concern, but the biggest things the mum Hana really worried about were all the normal things like, whether it would be born healthy and...would it be a puppy instead of a human when it came out? Still, Yuki the half-human half-wolf girl is certainly cute as a button, whether she's running around on two legs or four. One of the cutest things about her is what the animation does with how fluidly she (as well as her little brother) can switch between girl and wolf form, tucking those sweet little ears in and out at will. And it's really a treat to watch her grow and mature as this beautiful coming-of-age family-centered film follows her and her brother from birth to adolescence.

1: Holo the Wisewolf from Spice and Wolf 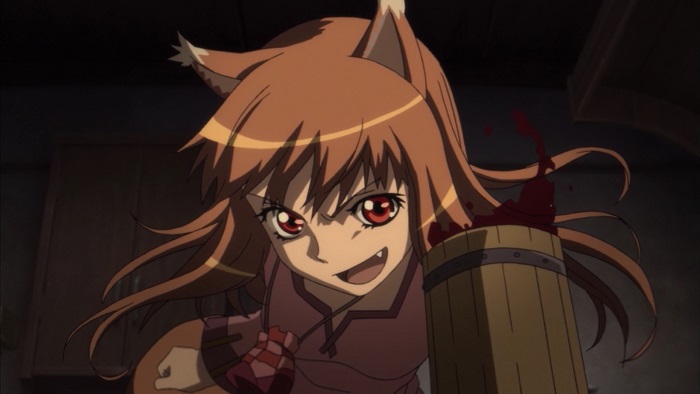 As Holo often likes to remind merchant Kraft Lawrence, she's not just any wolf: she's "Holo the Wisewolf"--an ancient wolf god no longer worshipped now that the people have abandoned their old pagan customs in favor of the Church. She is indeed the culmination of everything we love about wolf girls--a little feisty, but at the same time, full of cute quirks. What sort of quirks? Well, ones like tugging at her cheeks to make the point that she's adjusting to having to use them over her lupine jaws as she keeps a low profile from the Church by traveling in girl form, or berating a potato while angrily munching into it. On top of that, like all the best deities, she loves her wine and beer, and makes us wish we could all be that adorable when we're drunk. More than that, her wolf form is something majestic to behold, and yet she's still just as cute when she reverts back to the form of a mischievous and clever young girl.

These wolf girls are a mix of cute and wild in their own ways, and everything in between. If you're not up for cat girls, or even fox girls, these wolf girls just might give you what you're looking for in a cute yet feisty bundle