Thriller Anime That'll Keep You Glued to Your Screen

The thriller genre can perhaps be characterized by its most defining trait: suspense. A good thriller should keep you fearful and/or excited for what's going to happen next, and desperately waiting for everything to resolve itself.

For anime fans that are looking for a little more excitement in their lives, these 18 thriller anime are for you!

For more of our most highly rated Thriller Anime, as well as an overview of all the genre has to offer, check out our Thriller genre page on MAL.

Note: Updated to include Kaiji, Madoka Magica, and Rainbow 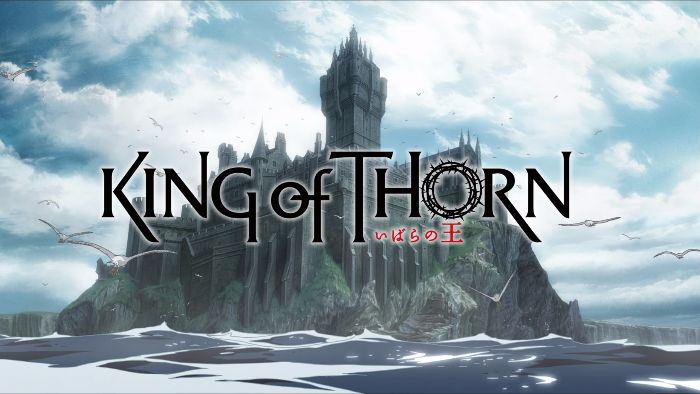 As the deadly Medusa virus spreads and threatens all of humanity, a select few are chosen to be put into stasis in order to ensure the survival of our species. But when the group wakes up they find that things have not gone as planned. With the cryo facility covered in thorns and deadly monsters on the loose, the survivors must uncover the mysteries of what happened if they are to complete their mission of survival. 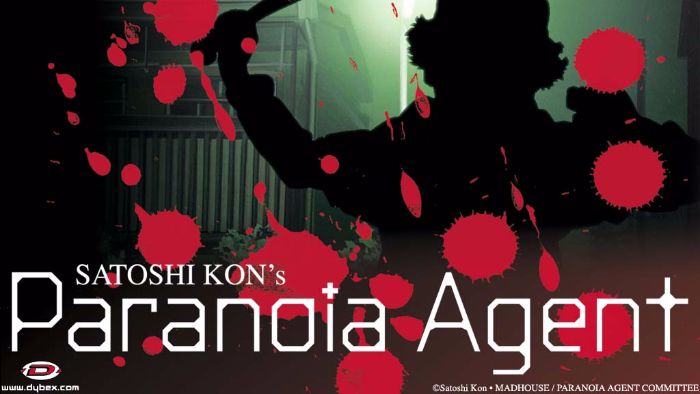 Musashino City is being terrorized by a delinquent dubbed Lil’ Slugger, a roller skating youth who attacks victims with a baseball bat. The citizens grow more and more paranoid of each other, unearthing dark secrets of their own as the attacks continue. 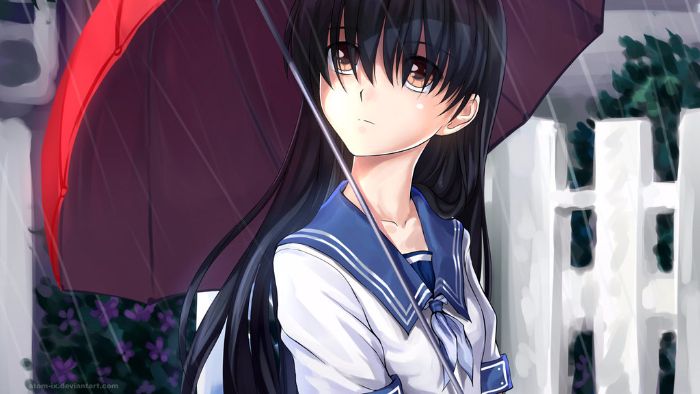 Juu Juuzawa likes causing trouble and keeping to himself, but his attitude changes when he meets the mysterious Ame Ochibana. The young lady claims they knew each other in a past life, much to Juu’s skepticism. But when a classmate is murdered the two begin working together to bring the killer to justice. 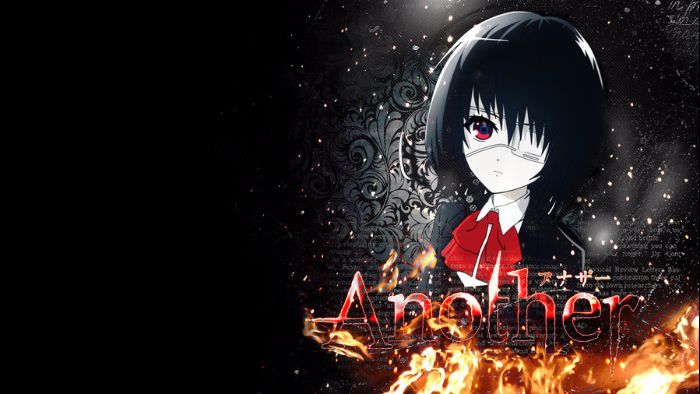 In the gloomy atmosphere of Yomiyama North Middle School, Kouichi Sakakibara takes an interest in his classmate Mei Misaki despite cryptic warnings from the people around him. As the two grow closer the source of the school’s misery becomes more apparent with a mysterious connection to a death that took place 26 years ago. 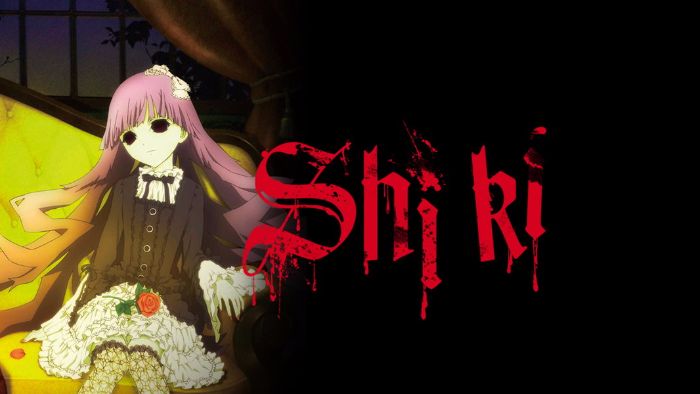 Recent years have glamorized vampires, but Shiki takes the creatures back to their roots as monsters that will stalk and murder you in the night. Sotoba Village seems like a quiet little place devoid of any thrilling events but it will soon become a battlefield between man and monster, both of which are not always what they appear to be. 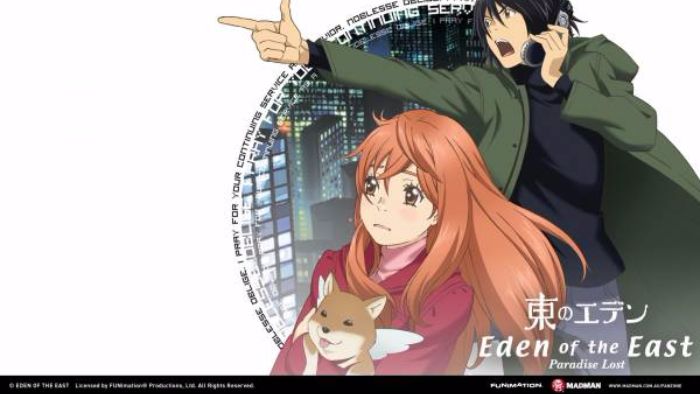 November 10, 2010 marks the day a terrorist attack took place against Japan as a missile strikes the country. However, no one was actually killed in the attack so the public quickly ceases to care. College student Saki Morimi finds a strange connection to the attack three months later in the form of Akira Takizawa, an amnesiac with a cell phone full of digital money and the belief that he is a terrorist. 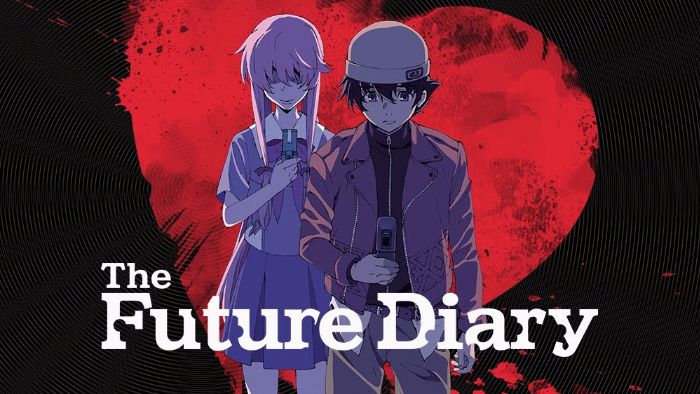 Deus Ex Machina, the god of time and space, has gifted 12 young individuals with magical diaries. Each diary holds a special power that their holders must use to win a battle royale. The winner will become the new god of time and space but for the losers, there will be only death.

11. Phantom: Requiem for the Phantom 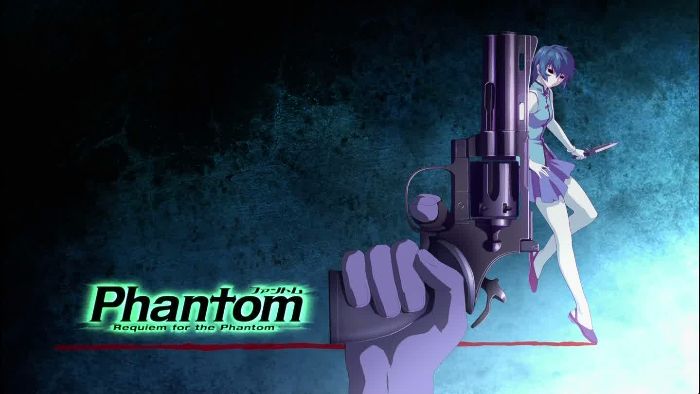 The mysterious organization Inferno works at the behest of the American mafia with their ultimate weapon, codenamed Phantom. When a Japanese tourist witnesses the Phantom’s latest murder, he soon finds himself brainwashed into becoming the human weapon' Zwei'. Will Zwei manage to break free and survive or will he be just another discarded tool from Inferno’s arsenal? 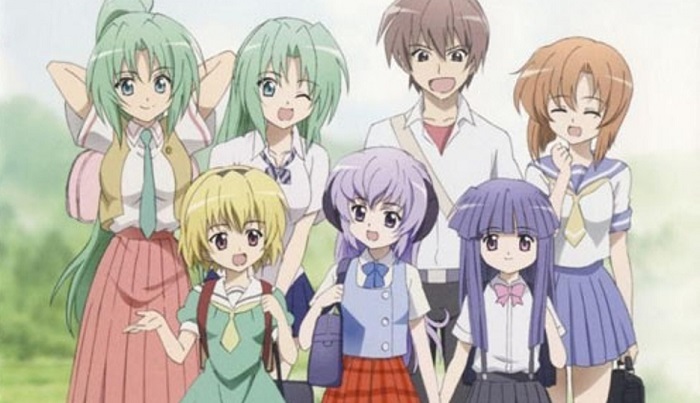 Keiichi Maebara has moved to the quiet town of Hinamizawa just in time for the annual festival, quickly befriending his schoolmates as they prepare. But the village and its festival holds dark secrets and it quickly becomes clear that the villagers view Keiichi as an outsider. And outsiders are not always welcome… 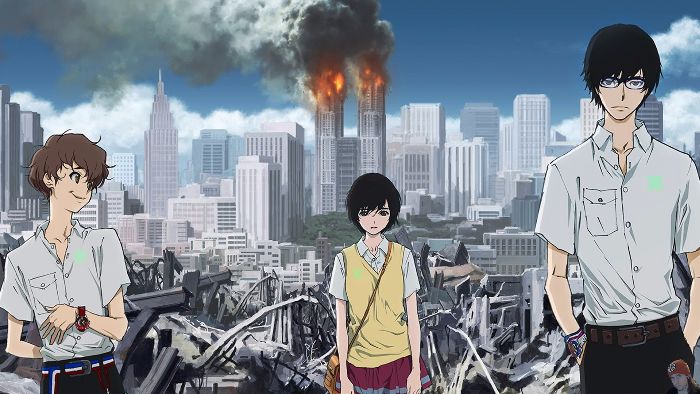 Six months after a terrorist attack on a Japanese nuclear facility, a mysterious video made by the perpetrators surfaces on the Internet. The crazy thrill seekers threaten to cause more mayhem across Japan unless the police can stop them. With mass panic spreading throughout the public that will be no easy task, if it is even possible at all.

8. Gankutsuou: The Count of Monte Cristo 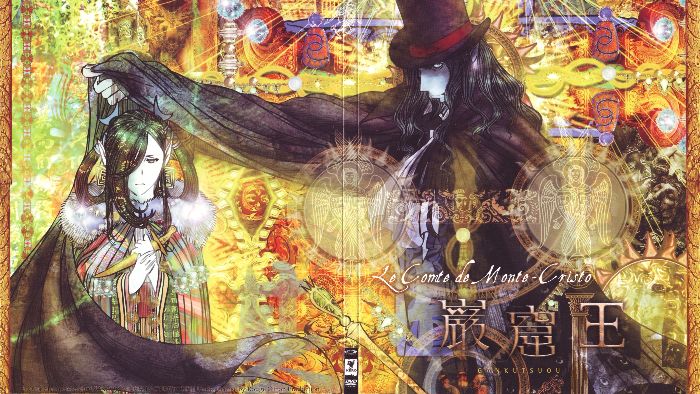 A re-imagining of the classic novel The Count of Monte Cristo, this story follows the young Albert Morcerf who befriends the titular count. Fascinated by the lives led in the upper class of Paris, Albert remains unaware of the Count’s ulterior motives.

Gambling is thrilling by its very nature. An anime about a gambling tournament where the competitors compete with their very lives at stake is about as thrilling as they come. You'll come to sympathize with protagonist Kaiji's struggle to turn his life around from utmost despair to unimaginable riches. 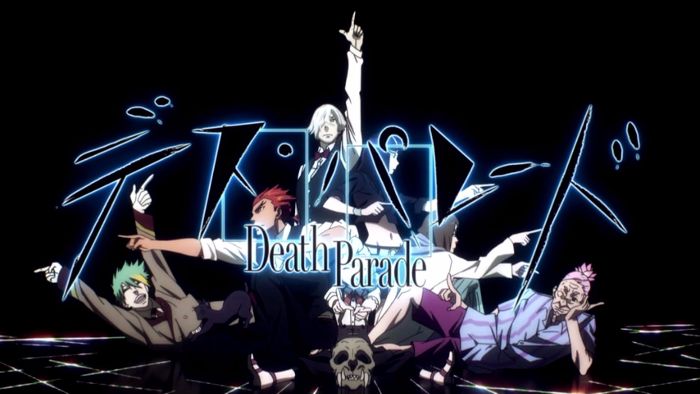 What we would call limbo - the place in between heaven and hell - materializes itself as a bar, where the dead must play a game. Those who win are reincarnated while the losers fall into oblivion forever. Expanding upon the original short film Death Billiards, this adaptation delves deeper into the concept to some interesting - and thrilling! - results. 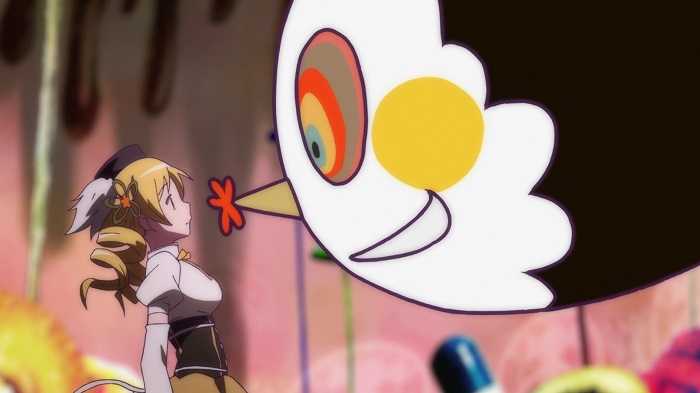 A magical girl anime that's not a magical girl anime. With all the crazy twists and turns, the utterly unpredictable revelations and fresh take on the genre, Madoka Magica is sure to keep you on your toes for its completely bingeable 12-episode run time. 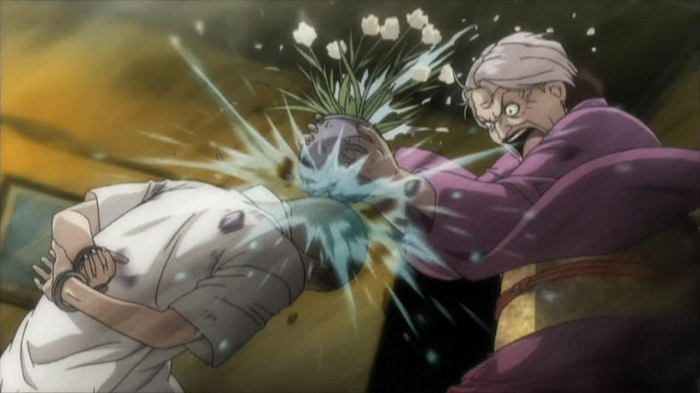 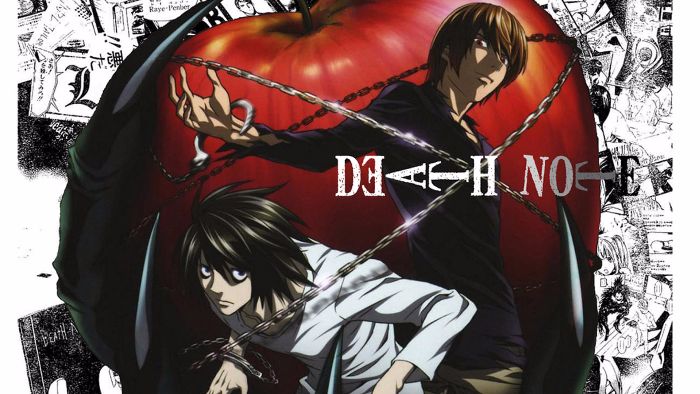 When young prodigy Light Yagami finds a mysterious notebook that can kill those whose names are written inside, he uses the power to begin shaping his own ideal world. As the body count rises, Light, known publicly by his serial killer name “Kira”, attracts the attention of L, the world’s greatest detective and a game of cat and mouse begins.

The most popular anime on MAL thankfully remains just as thrilling and bingeworthy as it was when it first debuted. 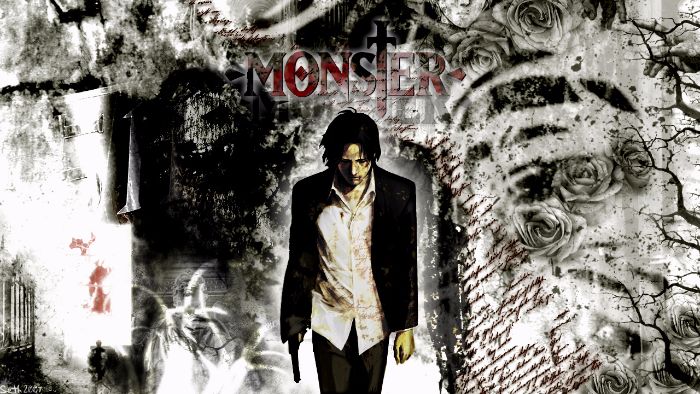 Dr. Kenzou Tenma is a brain surgeon who is one day forced to choose between saving the town mayor or the life of a young boy. His choice made, Kenzou’s life begins to unravel as he comes to realize that the person he saved may be more monster than man.

An utterly compelling and uncommonly mature offering which remains thrilling throughout. 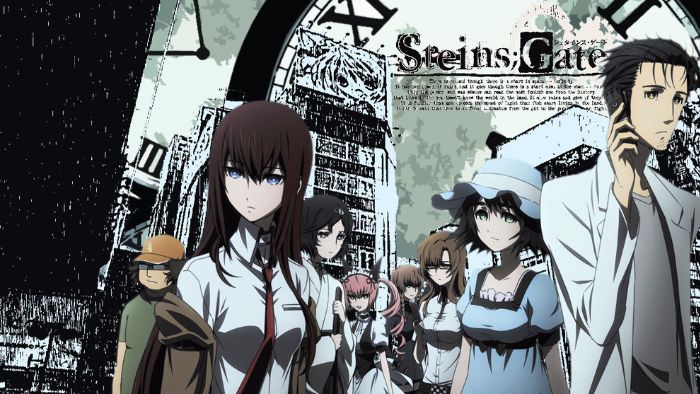 Rintarou Okabe and his two friends spend their days working as mad scientists, inventing crazy gadgets for thrills. When an experiment unexpectedly gives the trio the ability to change the very course of history, they must now decide how best to use their power, if only they can truly control it.

Without a doubt the best thriller anime of all time, and one of the best anime in general to have ever been made.