In their heyday, pirates were a violent bunch that were to be feared, the equivalent of modern-day terrorists. But history has romanticized this once feared profession and it's become something draped in awe and mystery. Whether sailing the seas in ancient wooden ships, or soaring the stars in spacecrafts from the future, our modern interpretation of pirates can rank anywhere from dastardly villain to outlaw with a heart of gold.

Note: Only one One Piece character was included. For obvious reasons. 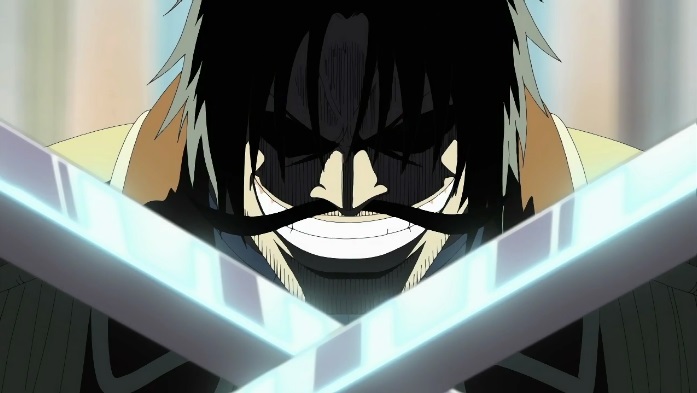 Gol D. Roger is the catalyst for the events of One Piece. Once a legendary pirate king, Roger was eventually captured and stated that he left an open invitation to his fortune, the “one piece”, moments before his execution. While it is not exactly clear what One Piece truly is, Roger’s final words were enough to propel the entire world into a new Age of Piracy. Roger sailed further into the dangerous oceans of the world than any other man before or since; crews have scavenged the seas for his fortune – frequently causing chaos along the way – in their quest to become the new pirate kings. 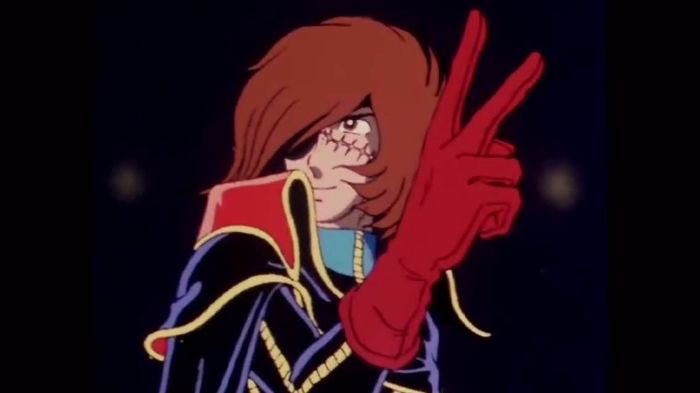 Harlock is a roguish man who lives by his own rules. Space Pirate Captain Harlock exists in a shared continuity, causing Harlock himself to appear in several other series such as Queen Emeraldas. While Harlock is a self-proclaimed pirate, he is more in it for challenging the status quo than anything else. At one point, he comes across some other pirates who boarded a civilian ship and slaughtered the crew and passengers. Harlock boarded the ship himself and massacred the pirates single-handedly. A pirate he may be, but Harlock lives by his own moral code.

From: Castle in the Sky 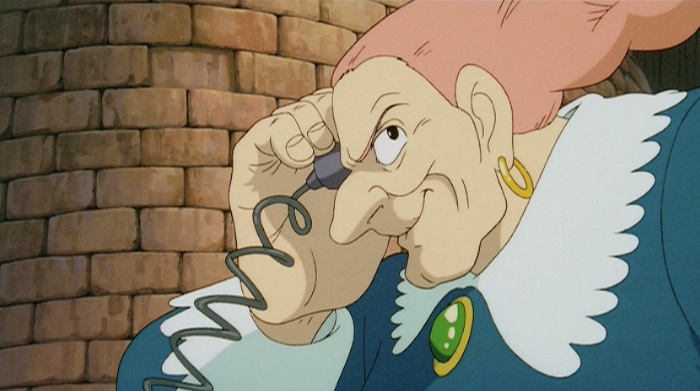 Dola is the captain of a group of sky pirates, using her flying ship in search of the legendary Castle in the Sky. While Dola and her men are not necessarily nice people, having no problems with theft and kidnapping, they do ultimately go out of their way to assist the child protagonists of the film. These actions are not entirely unselfish, but Dola does ultimately have her crew care for the children and assist with stopping the true villains of the film.

From: Pokemon: Pokemon Ranger and the Temple of the Sea 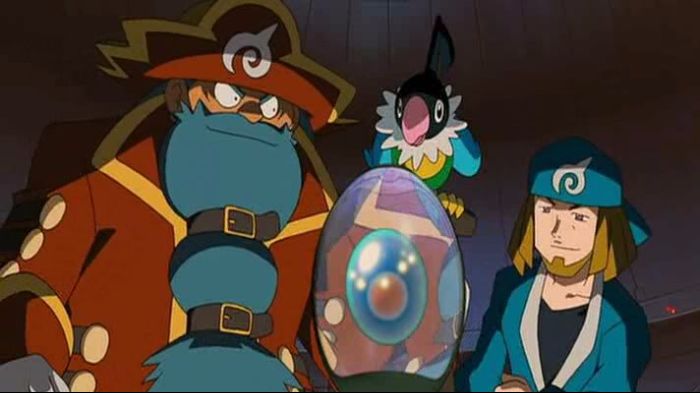 The Phantom serves as the primary villain in the movie Pokémon Ranger and the Temple Sea. Stumbling upon the egg of the legendary Pokémon Manaphy, The Phantom wanted to use its power to obtain the legendary Sea Crown from the equally legendary Sea Temple. The Phantom is a very stereotypical pirate, complete with a pirate accent, a pirate captain’s uniform, and a Chatot (a parrot-like Pokémon) on his shoulder who mimics his speech throughout the film. 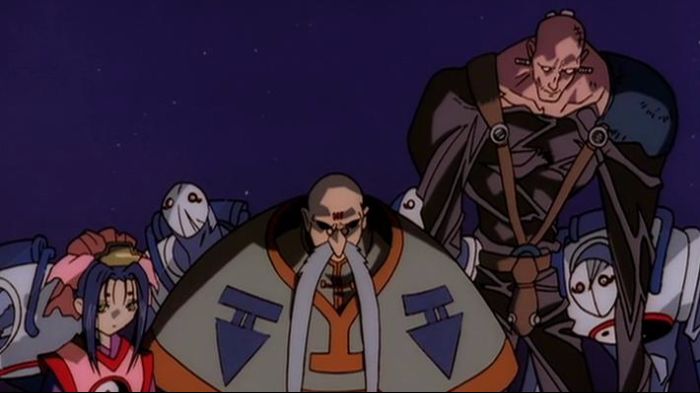 The Kei Pirate guild is fairly similar to modern day pirates, except that they operate in space. Flying around in heavily armed spaceships and attacking anyone who gets in their way, this Chinese group is unique among pirates for their ability to use ancient Tao magic. While the generals of this group use magic to battle their opponents, their foot soldiers are little more than faceless goons (a la The Stormtrooper Effect) who do little more than slow enemies down. 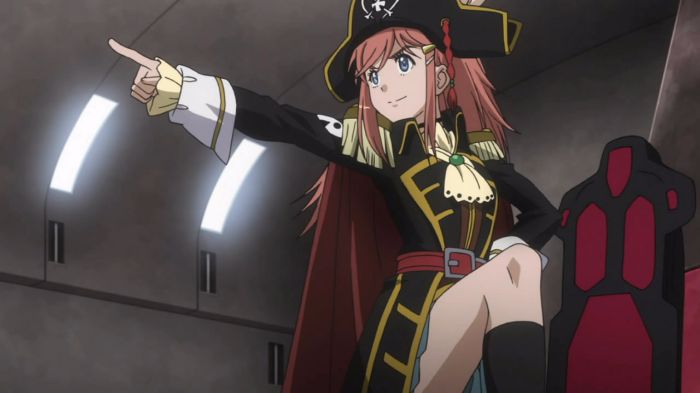 Marika was once a simple schoolgirl who was interested in space yachts (the show takes place in the future) and working in a café. Until her daddy’s status as a powerful space pirate forced her to begrudgingly take over the family business, which she has a natural knack for - despite her initial reluctance for the job. Marika may not be a pirate in the traditional sense, but she still gets the job done and flies away with a cargo hold full of booty. 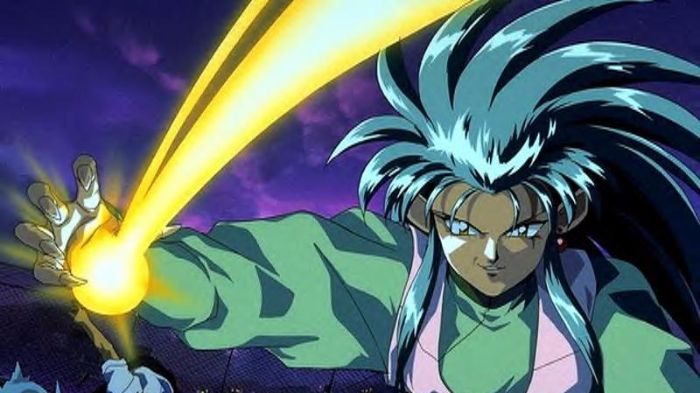 While a fair number of the girls in Tenchi Muyou are space pirates, Ryouko is the most central of the group. In the original OVA, Ryoko was a powerful life form created by the mad scientist Washu who drew her power from three powerful gems. When robbed of the gems her power was sealed and she remained trapped in a cave for centuries, until inadvertently being freed by Tenchi. The anime reimagines her introduction by having her crash land on Earth while being chased by the police, marooning her on Earth. 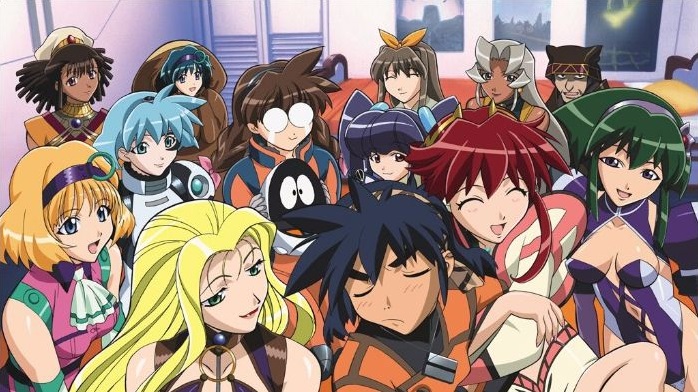 They say that men are from Mars and women are from Venus, and in Vandread that is literally true. Also they hate each other, which sparked a war and is the more realistic part of the series. When the young man Hibiki steals a mecha during a pirate attack, things go from bad to worse when the pirate ship is thrown across the galaxy. Then things become even crazier as hostile aliens start trying to blow them out of the water, so to speak. As the genders are forced to work together, hilarity ensues as they both start to rediscover heterosexual urges that have been lost to their cultures for countless generations. 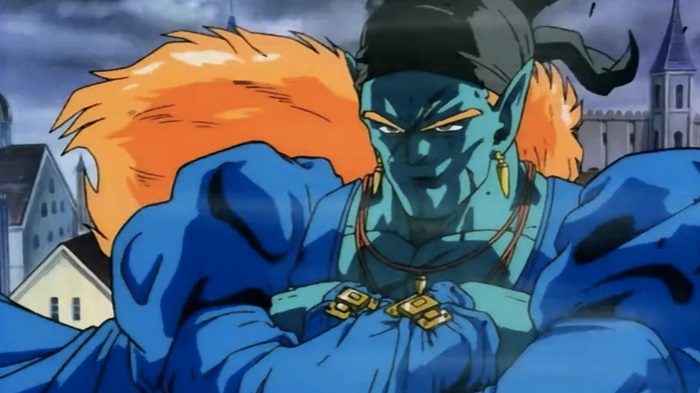 Bojack and his crew were once imprisoned inside of an artificial star by the Kais (gods), held together by the gravity of four of the Kai planets. But when King Kai’s planet was destroyed at the end of the Cell Games saga, the star collapsed and Bojack was freed. Ruthless and bloodthirsty, Bojack seems to have a passion for snapping necks and will not hesitate to kill anyone, even his own henchmen. King Kai commented that Bojack was originally imprisoned due to committing multiple genocides and was nearly able to beat Gohan as a Super Saiyan 2, the strongest protagonist in the series at the time. 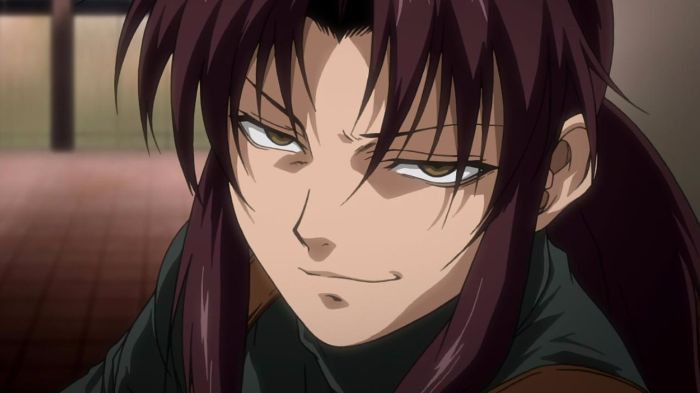 Revy is the kind of person who has no problem shoving a gun in your mouth, looking you in the eye, and pulling the trigger until it goes click. While she and the rest of the Black Lagoon company are more mercenary than pirate, they are depicted as going around pirating when not on a job. As a nod to the pirates of old, Revy’s pistols are a pair of firearms called Cutlasses that are even decorated with little Jolly Rogers (skull and crossbones). 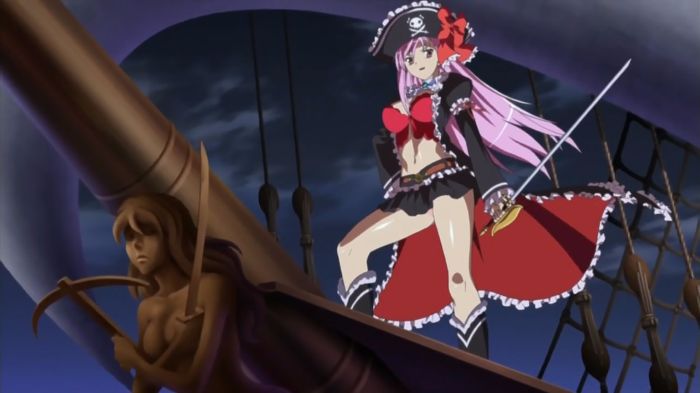 Liliana is a legendary pirate who has laid waste to scores of ships, never being captured by her enemies until finally meeting her end at the tentacles of a kraken. But even death was not able to keep the pirate queen down, as dark magic later resurrected her as a zombie who continued her pirating ways with a crew of skeletons manning her ship.

From: Gargantia on the Verdurous Planet 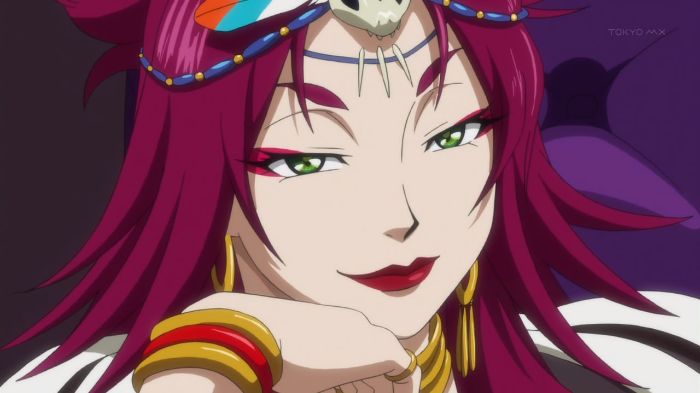 Sailing under the insignia of a lobster, Rackage is a pirate queen who leads a group of marauding ships across the seas. While most other individuals scavenge remnants of the old world in this post-apocalyptic land, Rackage and her men let others do the work for them and then move in for the steal. In combat she is a vicious leader, crushing any opposition in her way with a mecha decorated to look like a lobster. 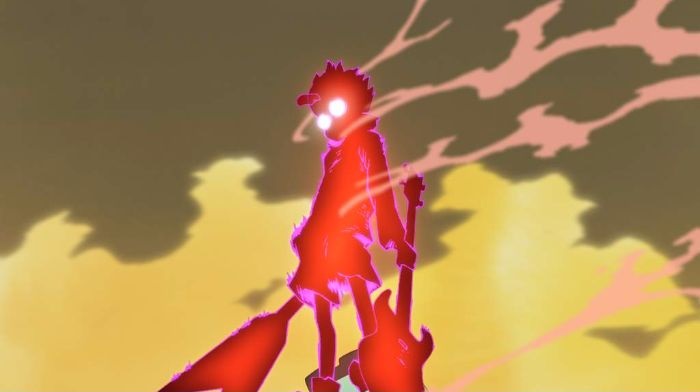 Atomsk is the most powerful pirate king in the galaxy, having earned the title of Pirate King through his deeds. What he looks like is something of a mystery as he has the ability to create objects with the power of his mind, often creating new bodies to put himself in multiple locations simultaneously. These powers also allow him to move objects, up to and including an entire solar system. When you can steal any treasure you want just by thinking about it, you are going to be a pretty effective pirate king. 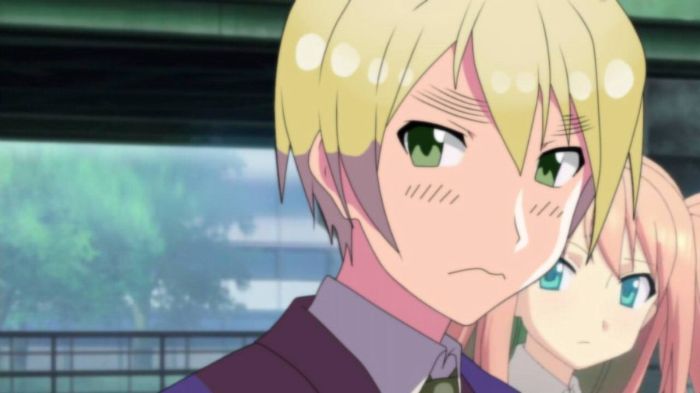 England is a former pirate who used to be a scourge of the seven seas, frequently tormenting Spain with his scurvy, less than gentlemanly activities. Nowadays he is much more of a gentleman (or so he claims). Ironically, he cannot swim despite his former work as a pirate (although surprisingly, historically speaking, many pirates could also not swim). 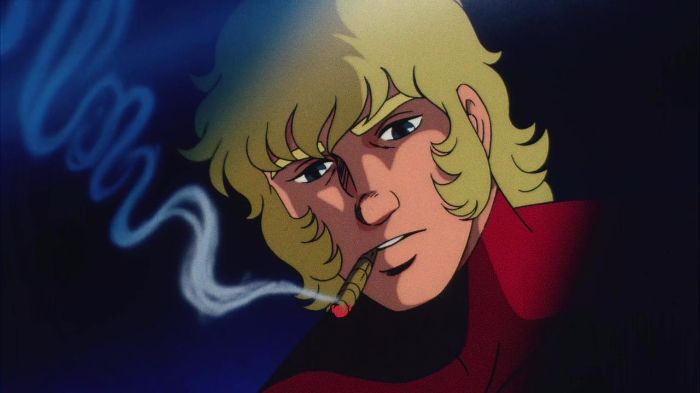 Cobra is more of an adventurer than a pirate, traveling space to battle monsters and the crime syndicate known as the Pirate Guild. In battle he wields the Psychogun, a laser built into his cyborg arm that utilizes his mental energy as a power source for ammo. Having once altered his face and memories to try and start a new life, Cobra’s adventures begin anew as enemies from his past return to haunt him.