People come in all shapes and sizes. Short and tall, young and old, and sometimes with wings or a tail. Just because she's a monster girl, it doesn't mean she can't show you some love.

There used to be a time when monsters were solely viewed as scary things. These were the things that crept in the night and would use your innards as a shish kebab if they managed to get their claws on you.

But don't be afraid, because anime has a tendency to make everything cute: behold, our list of some of the hottest monster girls.

Note: Don't complain that we trippled up by including 3 girls from Monster Musume no Iru Nichijou in the list. It had to be done.

The Best Anime Monster Girls Ever 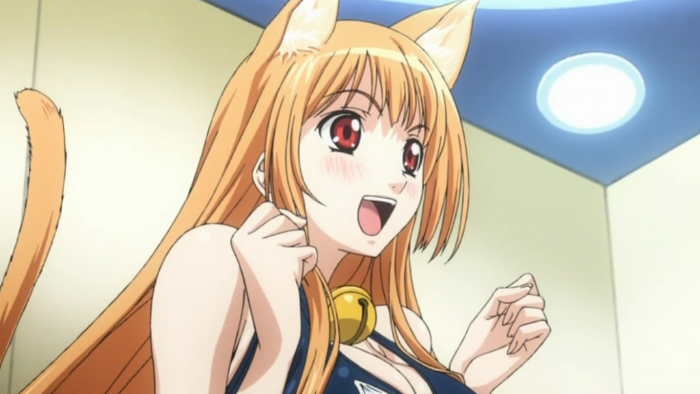 Eris is an alien from the planet Catia who resembles a human, with the addition of cat ears and a cat tail. These animal features allow her to speak with regular cats just as easily as humans. She was assigned to the planet Earth to evaluate if our culture is ready to join the large-scale galactic community. Despite her large assignment in evaluating Earth, Eris is only 16-years old. At that ripe young age, she does have the occasional problem of going into heat like an Earth cat. The need to breed makes Earth even more attractive to her as Catia consists mostly of women, making Earth a paradise of men for a cat-girl in heat. 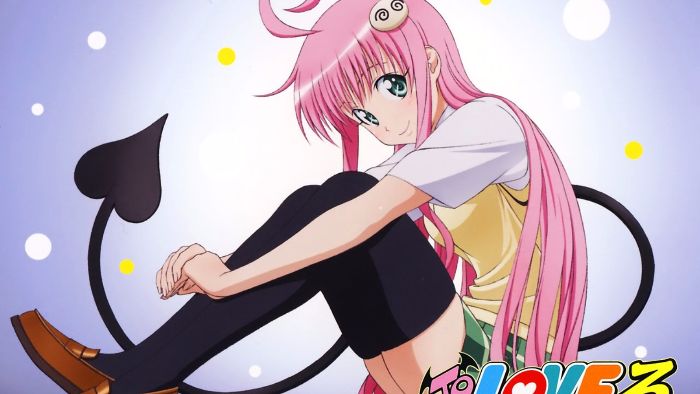 Lala’s tail and wings may give her a slightly demon-like appearance, but she is actually an alien. In fact, she is the princess of an entire planet called Deviluke. Tired of an endless line of suitors attempting to marry her for status, Lala ran away from home and eventually found herself on Earth. Along with being a cheerful person, Lala is also a genius inventor. But she is also somewhat absent minded, which often results in her inventions running amok and giving viewers fan service.

From: Spice and Wolf 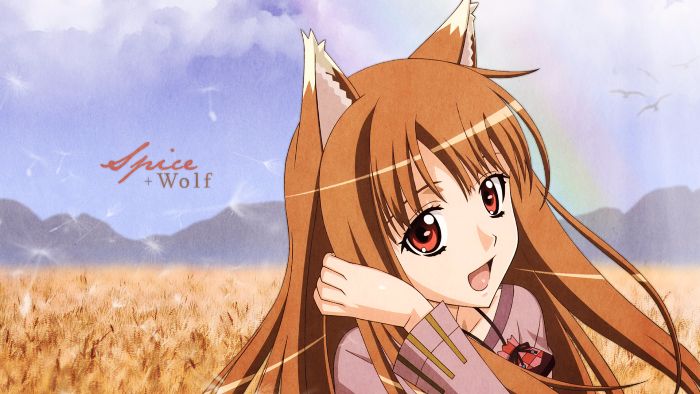 Holo is a wolf god that originally provided people with bountiful harvests. But as time marched on the people began to forget about her. While she normally takes the appearance of a young lady with wolf ears and a tail, her true form is a gigantic wolf that could crush your house with the sheer might of its paws instead of huffing and puffing to blow the place down. As a person, Holo is somewhat lonely as the lack of worshippers has left her isolated for some time. She is also reluctant to become attached to a human, knowing she will outlive them. 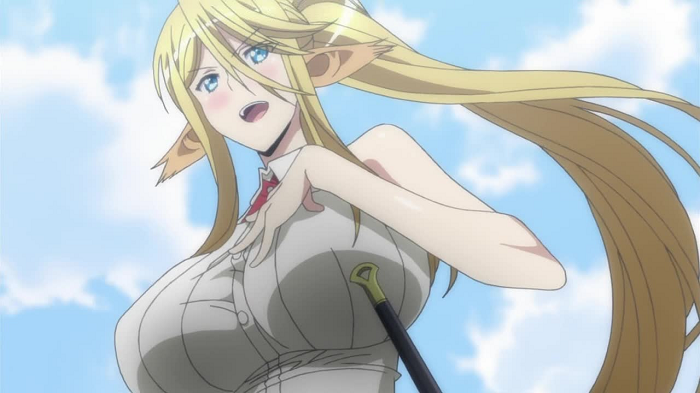 A very regal and proud centaur with a strict set of rules that she follows. Like for example, only letting her 'master' ride on her back. Aside from her personality, we're sure you're only going to need to take one look at her (or, two) to understand her appeal.

From: Rosario to Vampire 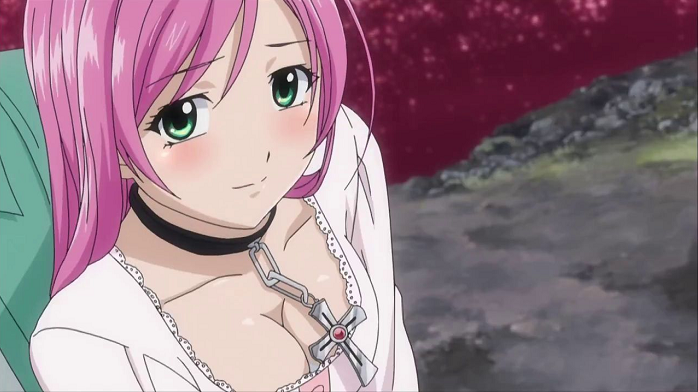 Yokai Private Academy is a school designed to teach young monsters about living alongside humans. Whenever something crazy is going on at the school, you can bet Moka Akashiya and her friends are involved. Moka is a vampire, one of the highest classes of monsters, and generally goes around as a friendly pink-haired girl. But the magic rosario she wears seals the majority of her vampire power; when it is removed she reverts to a red-eyed, silver-haired warrior who is powerful enough to defeat most other monsters with a single strike. 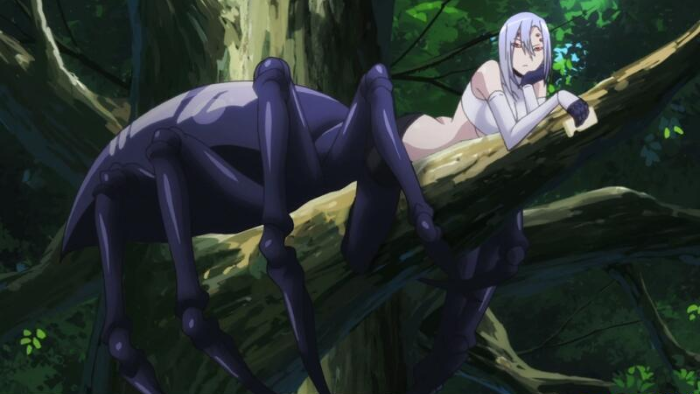 Rachnera is a foreigner who lives in Japan as part of a cultural exchange program focusing on bringing humans and monsters together into a unified society. As an arachne (spider-girl) she has a more monster-y appearance than her roommates, or even compared to other monsters in general. She was originally exploited by not one but two host families who valued her for her silk, which has a high market value, but finally found a loving home with Kimihito. As one of the oldest of the main characters, she is a bit more mature than the rest of her housemates. 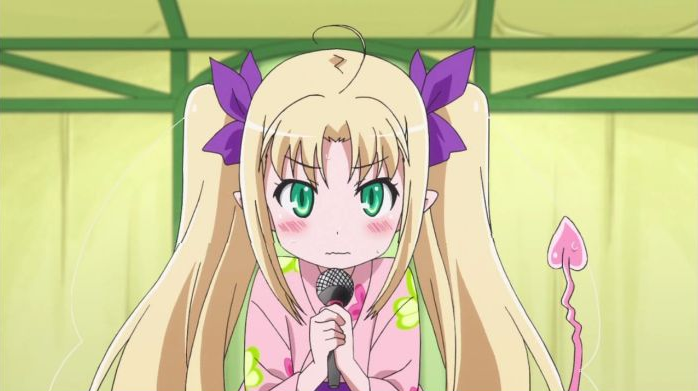 Astarotte is a succubus princess who has surrounded herself with a harem. The problem is that the harem is full of nothing but women; Astarotte hates men, but without a harem of men it is impossible for a succubus to replenish their spent magical energy. This is not too much of a problem now since Astarotte is only 10 years old, but a mature succubus must have regular male partners or they will die. She boldly proclaimed that her first man must be a human; a seemingly impossible demand since the only portal to the human world has been closed for years. Until recently, that is… 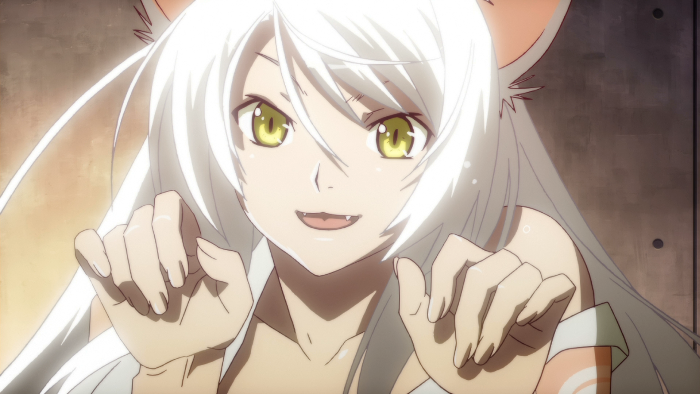 Tsubasa is well known at her school as an overachiever and top student. But behind this model student’s mask, she suffered at home due to struggling personal relationships within her family. She did not start life out as a monster girl; initially, she was a young human lady. That changed when Tsubasa was possessed by the spirit of a dead cat. Whereas the normal Tsubasa is a reserved and soft-spoken person, the cat spirit now known as Black Tsubasa can range from playful and talkative to cruel and manipulative. These two begin as reluctant partners who slowly grow closer. 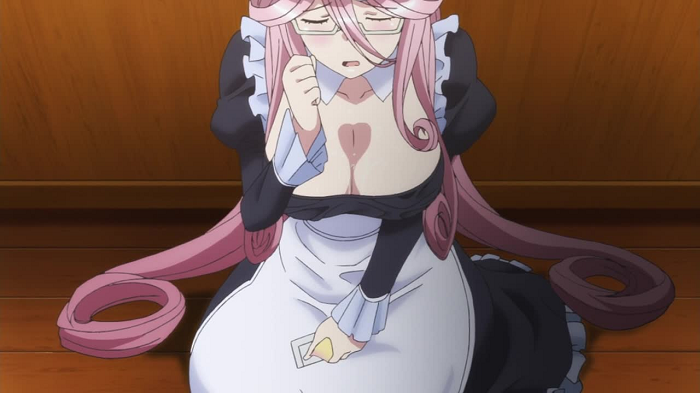 She may be wheelchair bound, but as a mermaid, she moves gracefully and freely through the water. She is very friendly and warm, and gives off a very refined impression when she speaks. She's also really hot, which is why she joins the main harem of Monster Musume as the 'fifth' girl. Nyaruko is a member of an alien race called the Nyarlotephian, all of whom are based on the work of H.P. Lovecraft. Assigned to Earth as a bodyguard for a human, she takes the form of a young girl who is generally friendly, unless combat is involved, in which case she will put you in the ground. As a top-ranking graduate of the Space Defense Agency, she is an expert in close quarters combat and one of the deadliest fighters on Earth. Since coming to our planet she has become obsessed with otaku culture, often spending her family’s vast wealth on anime, manga, and games. 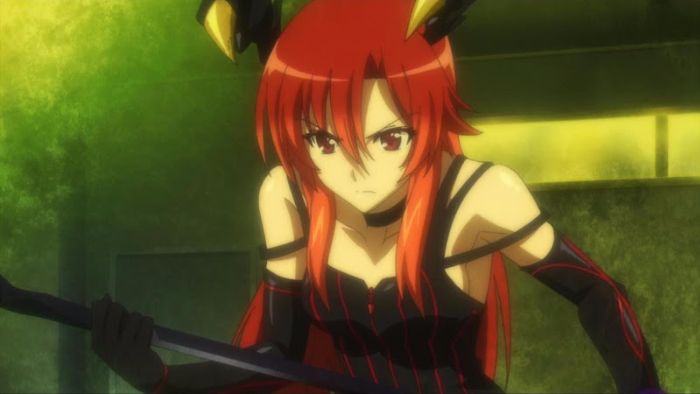 Lisara is a shinigami who wields a deadly scythe for combat. In the guise of a human she appears as a red headed girl with equally red eyes, generally sporting her school uniform. But in battle, she transforms into a black outfit more suitable for fighting. She came to Earth to find a man that she could use for spirit energy - basically a glorified human battery. Upon meeting Ryosuke and making a deal for his energy, she begins to genuinely fall in love with him. Which is not necessarily a bad thing, since the energy she needs to take from him is generated by lust. 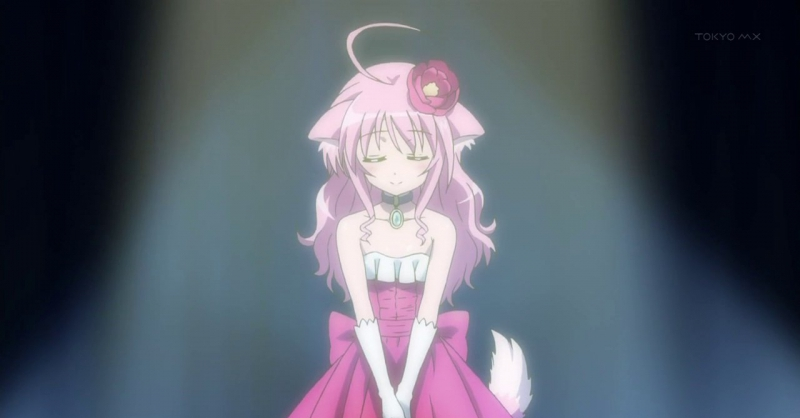 Millhiore is the princess of the Biscotti Republic, which exists in a world where everyone is part human and part animal. Along with being one of her nation’s top political leaders, she also works as a singer and performs public concerts for the morale of her people. It was Milhiore who first summoned Cinque to her world in order to obtain a champion that could save her homeland from ruin. Although she was unaware that there is no spell for sending a summoned hero back home, that may not be such a bad thing as this monster girl’s heart begins to yearn for him.