In this episode of Akagami no Shirayuki-hime, a flashback story reveals something important about one of the main characters. There is also blood and a lot of people dying. We also see out heroine trying a little alcohol, but how will she handle it? 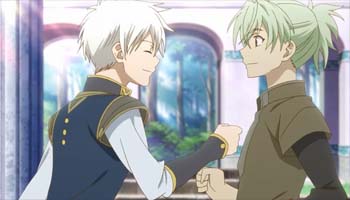 This episode of Akagami no Shirayuki-hime did not really focus on our heroine, which is unusual since the previous episodes focused on her and her problems. This time, Prince Zen is put on the spotlight, as we are treated to a flashback to when the prince was a young boy. The episode mentions the growing problem of Prince Raj's statement that Zen wants Shirayuki as his fiance. Can you believe a single statement like that is becoming a vital part of the story? It was delivered in a comedic way, but the effects seem to be long -lasting. The flashback is about someone who tried to take advantage of Zen because they were close to him. Prince Zen is rebelling, since he doesn't want his royal status, and finds comfort in an archer guard he soon befriends. The friendship doesn't last though, and Zen soon wonders if his life would be better if he weren't a prince. This flashback is a great way to develop Zen's character, but it seems to also foreshadow his relationship with Shirayuki. Hopefully his relationship with her doesn't end with someone dying, like the one in the flashback, but it is pretty exciting to consider that. It brought him great grief before, so there is a chance it might happen again, and the anime seems to be hinting at that. 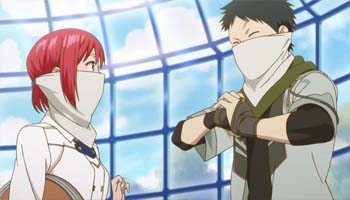 This episode explores the minor characters, as if setting up a big story arc that involves a large cast. Obi is assigned to guard Shirayuki and make sure no one tries to take advantage of her, after the growing rumors of her being Zen's fiance. Obi paid extra close attention to her, and even went as far as to admire her face up close. He seems to be falling in love with Shirayuki, but he knows full well he can't interfere with her blossoming romance with Prince Zen. Obi is holding himself back, but his unpredictable character might make him do something that'll completely change the flow of the story. It might even trump Raj's silly declaration, but also have a long lasting effect on the story. 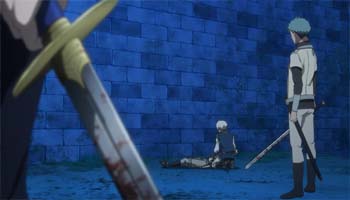 Zen and Izana is a highlight of this episode. The flashback features the brothers, and the differences in their personality. Zen hates his status, and wishes to live a normal life, but he doesn't realize that being a prince is more than a title you're born with. Izana values the title a lot more, and realizes he must act more responsibly, while doing his best to serve the public. Zen thinks like a normal boy though, curious about the life as a regular citizen of Clarines, and ready to befriend anyone regardless of status. His way of thinking is actually more beneficial down the road, but he doesn't realize it yet. Izana thinks in black and white, cutting down people that impede the growth of his country, and he doesn't consider the lives he is affecting. As of now, Izana is a true prince ready to serve his people and act responsibly that he immediately gains their respect. Meanwhile, Zen looks up to his brother, unaware of his potential to be better than Izana. I bet he was awestruck too, when Izana took on a group of bandits and unmercifully killed them with his sword. This shoujo anime suddenly changed tone, and it looks like it's setting up something big for the remaining episodes. 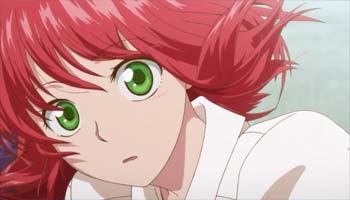 Obi and Shirayuki's relationship might blossom into something serious, and it might be the needed push for Zen to finally declare that he loves Shirayuki. Zen needs to man up, and tell the world his feelings for her, so we can finally see the two characters kiss. They'd better do it before the first season ends.