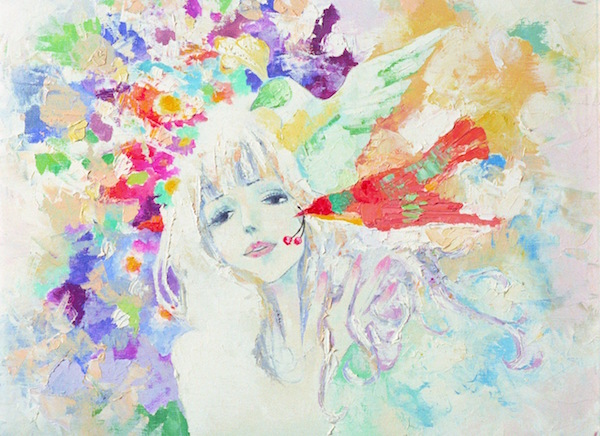 The first thing that stands out about Belladonna of Sadness is how it looks. If it were dubbed, you might not even realize it was anime. It resembles Astro Boy less than it does The Yellow Submarine or Fantastic Planet, the sort of LSD-fueled adult animation Western countries were dabbling with in the late '60s and '70s. But even those comparisons don't get across how beautifully it's designed and how bizarrely it's animated. Each frame is exquisitely painted in watercolors; you'd want to hang it all on your wall if the content wasn't so frequently graphic and disturbing. Yet over half the film barely even counts as animation, consisting of camera pans over still images. The effect works well enough in establishing shots, where the art carries it along, but when there's scenes of people talking without even their mouths moving it feels like you're watching an incomplete film. I understand they had almost no budget after the box office failures of the previous Animerama films, but the incompleteness is only made more frustrating by the fact that, when the film is actually animated, it features some of the coolest animation I've ever seen. When Jeanne has a vision of all human history compressed into two minutes, when anthropomorphic black plague viruses dance and melt a medieval village, when the animators who made Kimba unleash all their fetish fuel and nightmare fuel into an insane mass orgy, this is anime at its most deranged and visionary. 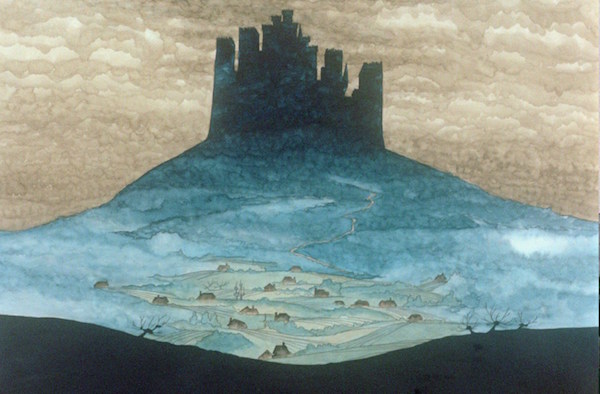 The second thing that stands out about Belladonna is the music. The characters don't break into song (if they barely had the budget for animating talking, animating singing would be unfeasible), but much of the story's told through musical numbers so it could count as a musical. Given how rare full-on musicals are in anime, Belladonna's use of music for the sake of storytelling is yet another thing that makes it so unique. The music's a mix of catchy pop, sensuous ballads, and more than anything else wild '70s psychedelic jazz-rock, from avant-garde composer Masahiko Sato. Cinelicious Pics, the film's US distributor, is selling the movie saying "if Led Zeppelin had a favorite film, this would be it," and aside from its lack of hobbits, that seems like a fair description. 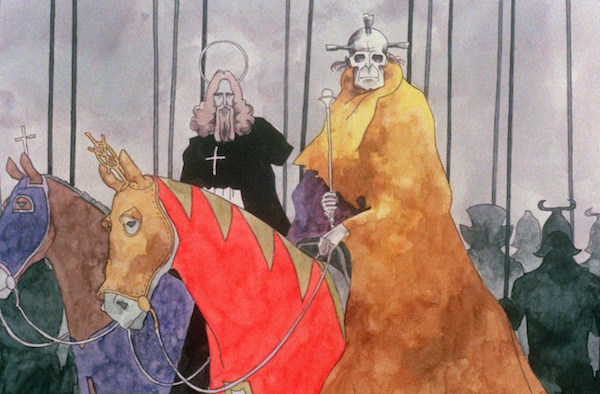 Though the film contains lots of sex, it's not something I'd recommend for sexy funtimes. At best, it's cartoonish and absurd (in one scene, there's a penis that has its own penis). At worst, it's horrific and disturbing. The plot is set into motion with the main character Jeanne being raped in a scene made no less horrifying by its abstract presentation (her attacker becomes a mass of bright red). Somewhere between the comic and the disturbing are Jeanne's encounters with a phallic devil who may be the actual Devil or might just be a manifestation of her PTSD. The devil claims he's part of her, and the way these scenes serve as self-exploration. 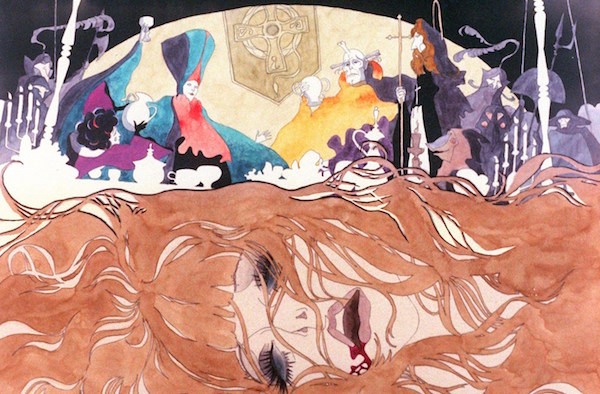 So who is Jeanne? Turns out she's a powerful witch who brings free love to the peasants in medieval Europe, pissing off the royalty in the process. And she's also possibly Joan of Arc? I watched Belladonna of Sadness at the Boston Underground Film Festival at the Brattle Theater, and the film ended up reminding me a bit of the last film I saw at the Brattle, The Witch. Like that recent indie horror sensation, Belladonna presents of portrait of religious institutions so stifling and oppressive towards women that joining forces with Satan is actually the best possible option. And in the film's on-the-nose conclusion, it credits our sexy Satanic heroine for eventually inspiring the women of the French Revolution. I don't know of any hentai you can say have as clear a feminist message as Belladonna of Sadness.