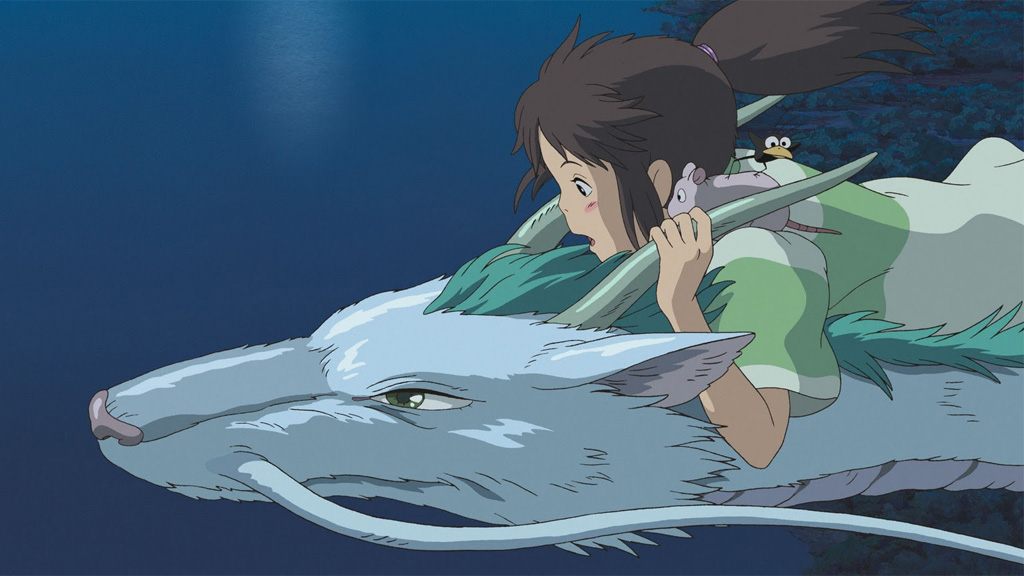 Sen to Chihiro no Kamikakushi, also known as Spirited Away, is an animated fantasy film directed by the beloved Hayao Miyazaki and produced by Studio Ghibli. The film is still considered to be the highest-grossing film in the history of Japan and it has also won the Academy Award for Best Animated Feature as well as the Golden Bear Award. In this article we are going to take a look at what inspired Hayao Miyazaki to create this intriguing world and what makes his art so wonderful. 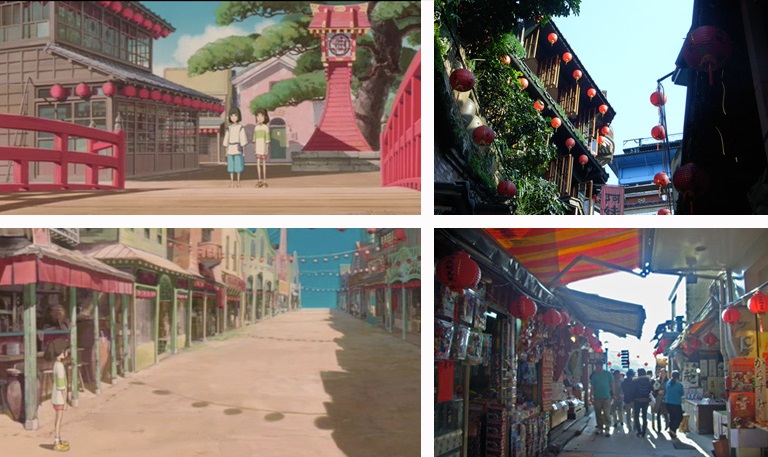 Miyazaki had dreamed of producing a film in which he could turn an ordinary girl character into a heroine who would steal the hearts of millions. During his stay at his family's cottage, he received a surge of inspiration from five young girls who were his family's friends. This is the origin of Spirited Away's main protagonist, Chihiro - a brave young girl who must find a way to survive in a spirit world after her parents get turned into pigs by a sorceress.
Based on the Dougo Onsen and the Notoyaryokan bathhouses, he recreated a mysterious bathhouse in the film, home to various spirits, both workers and customers. Many buildings from this spirit world were based on the Edo-Tokyo Open Air Architectural Museum which Miyazaki enjoyed visiting as much as he could. Additionally, the city of Jiufen in Taiwan is believed to have served as a main inspiration for many structures in the film. For example, the streets, stairs, and red lanterns are very common in this city, including tunnels (like the one that Chihiro and her parents passed through when entering the Spirit Realm). It is also possible that all of the temples with dragons and the Grand Tea House in this city were sources of inspiration as well. 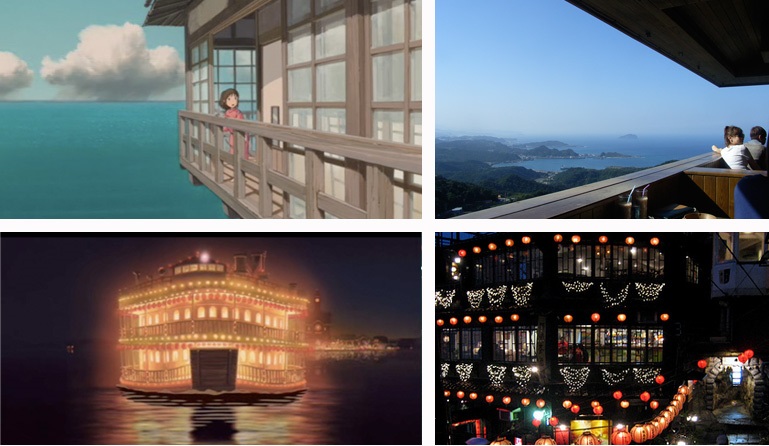 As for the artwork of the film, each character was hand drawn and technology was used as little as possible, to make sure that it didn't "steal the show". The beauty of Miyazaki's art can be seen in the fact that he produces pieces with an excellent combination of the traditional style used in Japanese folklore drawings and a modern style, making it enjoyable for both children and adults. 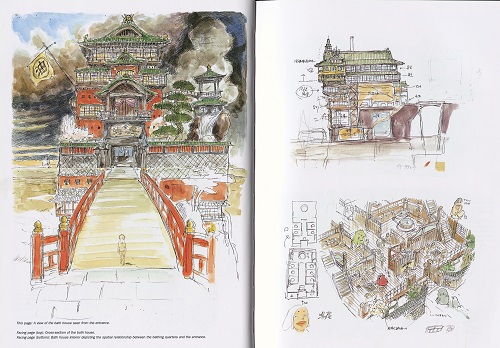 Hayao Miyazaki released a collection of colored illustrations from Spirited Away titled The Art of Spirited Away in 2002. This hardcover art book features comments, color stills, sketches, storyboards, and illustrations which were used to make the world of this film even more beautiful. This amazing book gives insight into the architectural diagrams with detailed descriptions and comments. It also offers conceptual drawings and early images of the characters.