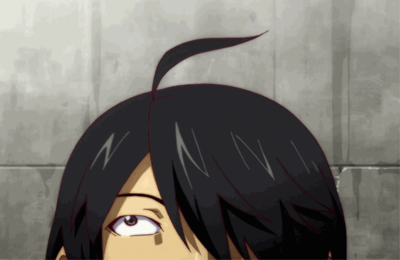 Ahoge literally translates to idiot hair. The term refers to the noticeable strand of hair which sticks in a different direction from the rest of an anime character’s hair. It is not made with the help of any hair styling tools, but instead just appears naturally!

It was first referred to as "stupid hair" because of its inability to be combed flat like all the other "smart hairs". Later on, the term became a literal reflection of an anime character’s intelligence. As a result, anime characters with an ahoge usually suggests that the said character is an idiot or a weirdo. However sometimes, even if the anime character is not stupid or odd, a serious character gets an ahoge for comic relief or to add some kawaii factor!

Note: Ahoge is different from the Antennae Hair, in which two strands of hair at the top of an anime character’s head curve forward. See Naru Narusegawa.

Let’s check out some anime characters with ahoge! 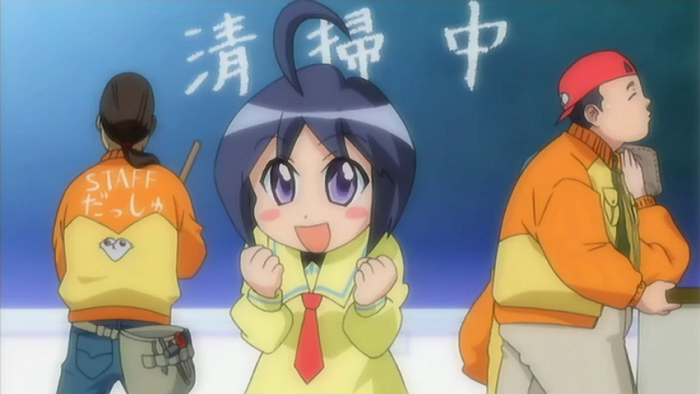 The anime character who popularized the term ahoge is none other than Himeko, an energetic girl who is known for her nonsensical catchphrase "Maho!". Aside from frequently annoying her classmates due to her silly antics, she is also known for her ahoge which moves on its own! 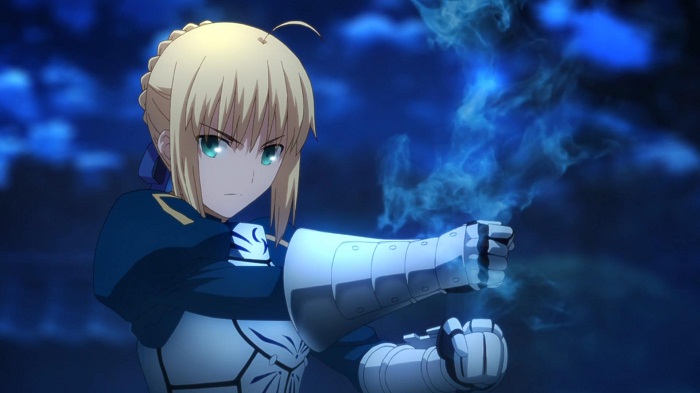 This anime heroine is no idiot! Saber is a courageous and determined saber-class servant who also happens to have a huge appetite! Although she usually only fights to protect the innocent, if you dare touch her ahoge, you'd better prepare for the wrath of her deadly Saber Alter. 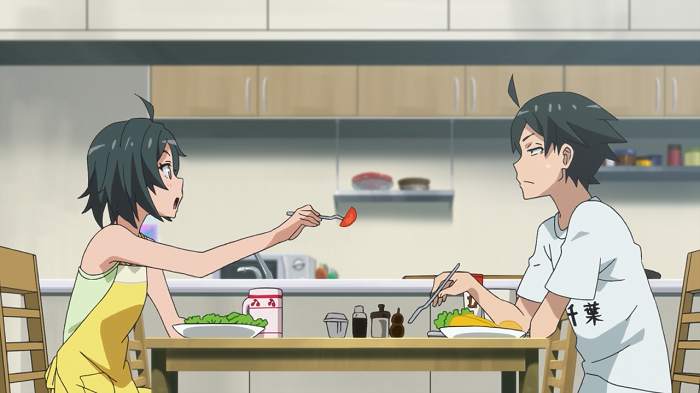 Like brother, like sister? Not in this case. These two siblings are pretty much polar opposites; Komachi has a sunny bright personality, while her twisted big brother has zero friends and zero hopes to make any. However, it is immediately evident that blood runs thicker than water when it comes to appearance, as they both share the same adorable ahoge. 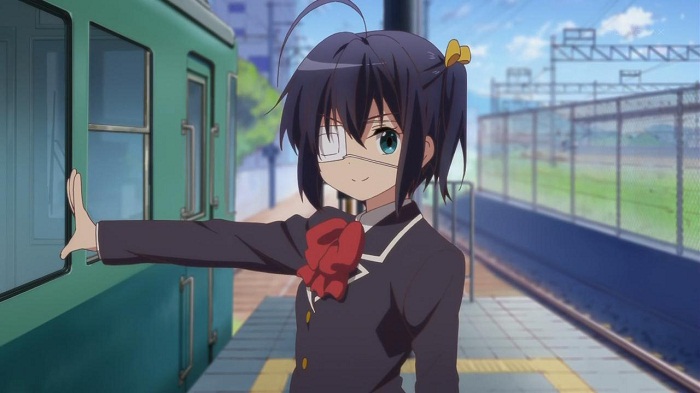 This chuunibyou patient also sports this classic hairstyle and you wouldn’t be surprised why she has an ahoge! She thinks that she is a sorceress who possesses a "Wicked Eye" that can see people’s destinies. Aside from her frequent delusions, Rikka is also known to be a bit clumsy and forgetful. 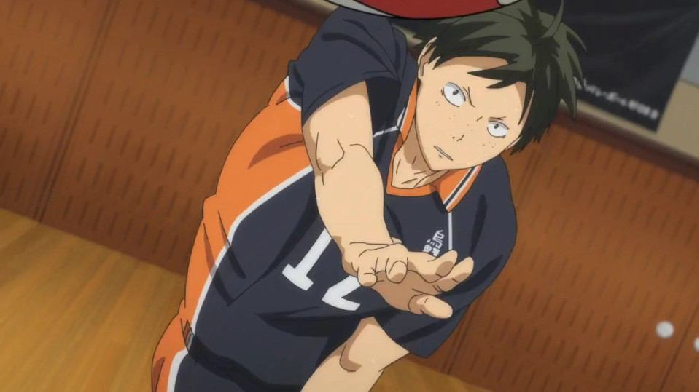 Yamaguchi is the adorably timid pinch-server for the Karasuno High School volleyball team. He may not be the most talented of players, but he is most certainly one of the most diligent... and he has a cool ahoge to boot! Take that, you child prodigies. 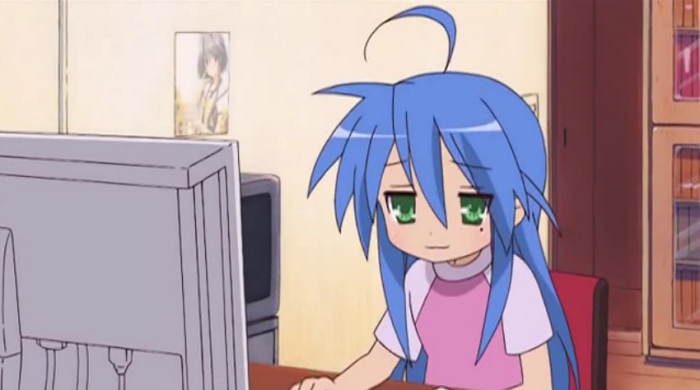 Another anime character with an ahoge is this eccentric, mischievous and sarcastic girl who loves to annoy her friends, most especially Kagami. Konata is smart in some ways, but she does not like to study. Just like to rest of us, Konata also enjoys anime, manga and games! 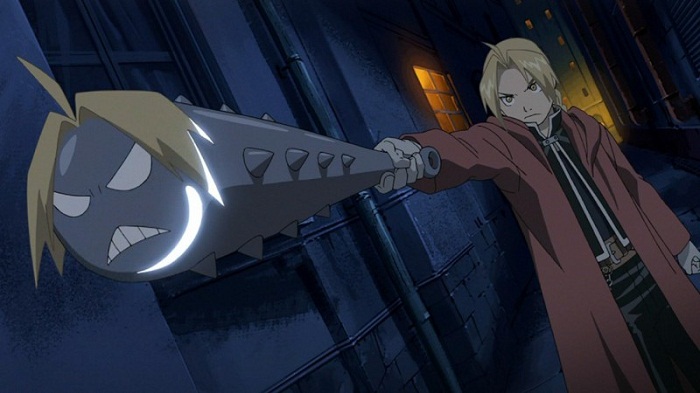 Another non-idiot character from our list is the State Alchemist Edward Elric. He loves to keep his ahoge since he thinks that having one makes himself appear taller!

From: Kanata no Kyoukai 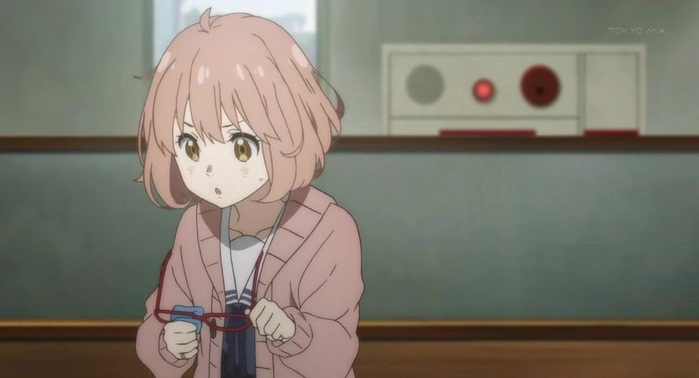 Mirai, a bespectacled beauty who loves to blog about bonsai trees, sports an adorable tiny ahoge. Aside from being rather clumsy and a bit shy, she is also shown to be terrible at lying. 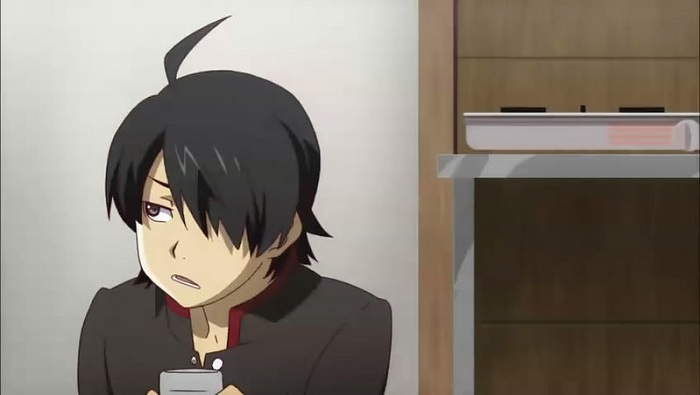 Koyomi has an expressive ahoge, a feature which he shares with his sisters. He is a laid back person and a student who is close to failing his classes except for Math. 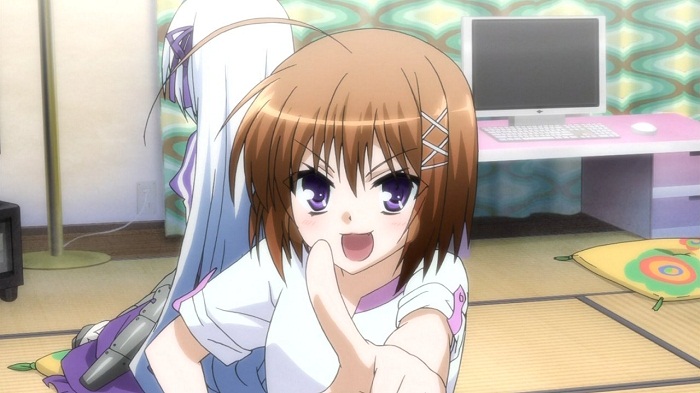 Another anime character with an expressive ahoge is this masou shoujo who is known for her obsession of fried eggs. Unfortunately for this self-proclaimed genius, she is terrible at remembering people’s names or the important parts of her assignments. 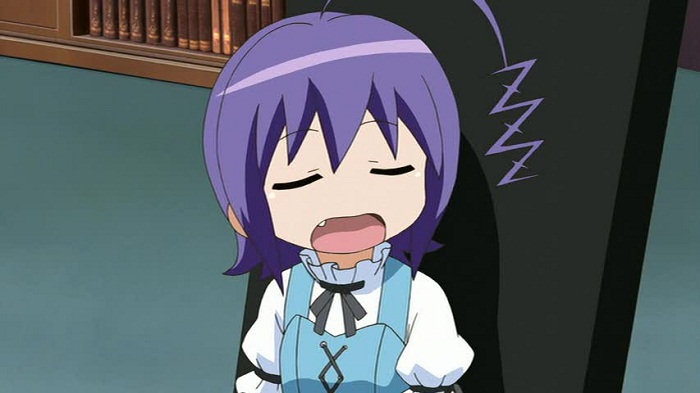 Sumi also has an expressive ahoge that changes its shape depending on her mood. She usually falls asleep when studying, and as a result, she is often hit in the head with a slipper by Ruriko. 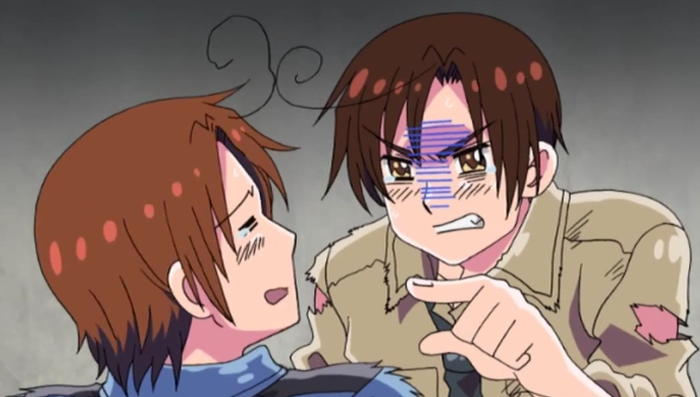 The Italy brothers are known for their long and curly ahoge. Their ahoge are erogenous zones for them which is why they get flustered when people touch them. Both of them love to eat pasta and have absolutely no clue about how to use a grenade. 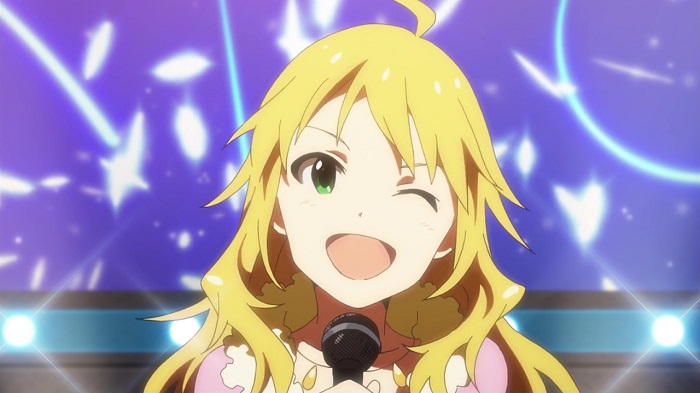 With her beautiful blonde hair, baby blues, and an awesome ahoge, Miki Hoshii makes for the perfect idol! When she's on stage dancing about, fans can't help but adore the ahoge floating around with her!

From: Toaru Majutsu no Index (A Certain Scientific Index) 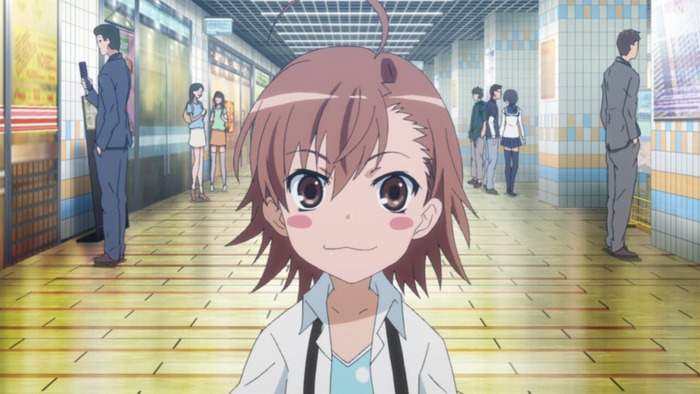 An anime ahoge is a symbol of cuteness. And what could be cuter than the 10-year-old clone of the adorable anime tsundere Mikoto Misaka? Last Order may be a replica, but her ahoge definitely makes her stand out in the crowd of Misaka clones. 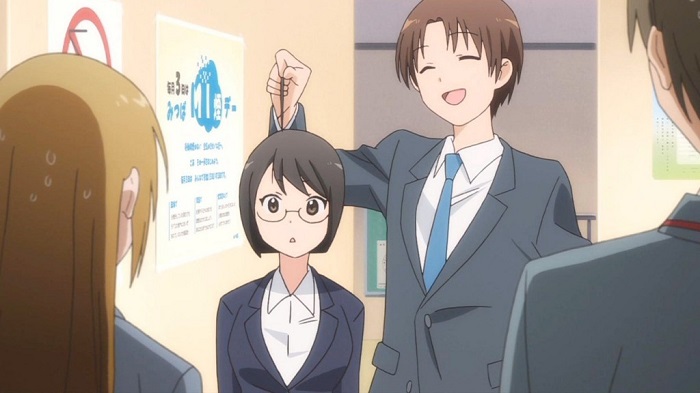 Lucy is a civil servant with a bone to pick with the government who employs her. With a name longer than the famous Mary Poppins song, Lucy has a serious name complex, which she blames the government official who accepted her name for. In addition, she also has an ahoge complex due to her coworkers who can't help but play with the beautiful lock of hair. This young woman has it rough.