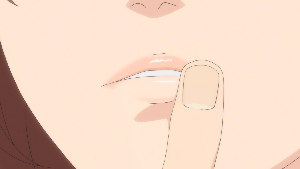 Do you prefer your anime girls with lips or without? Sure, they all have lips, technically, but most of the time we don’t actually get to see them.

A number of anime include lips as part of the style, but if you look at your favorite anime right now, chances are none of the characters have them. Lips are usually reserved for the more female-oriented anime, or more feminine characters (since visible anime lips often just means they’re wearing lipstick).

Sometimes, though, characters in generally lip-less anime get a style change and reveal their lips for the world to see - even if it’s only for a moment! 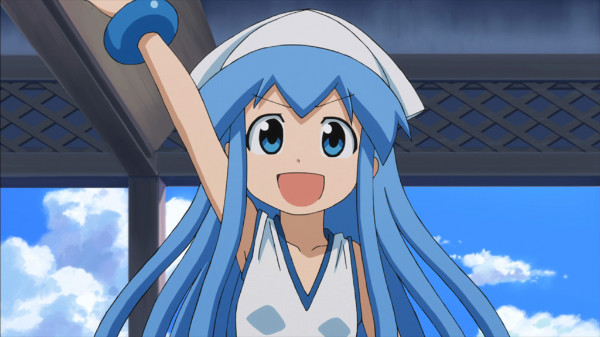 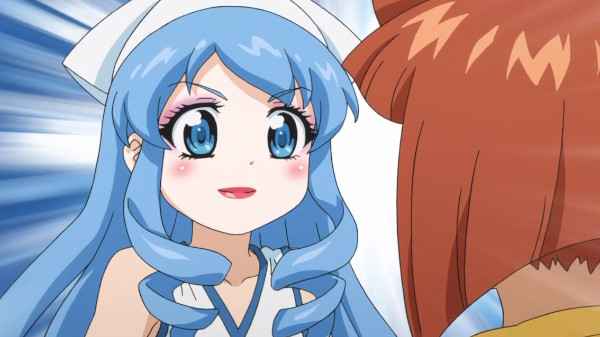 In this scene from Squid Girl, the anime lips are played for laughs. Squid Girl is shown in lipstick, looking completely different from her normal young invader self. At one point, Squid Girl even breaks the fourth wall just a bit as she fails to apply lipstick to herself, saying: “I can’t tell how far my lips go.” Hey, just because the anime lips aren’t drawn on doesn’t mean they don’t exist, right? 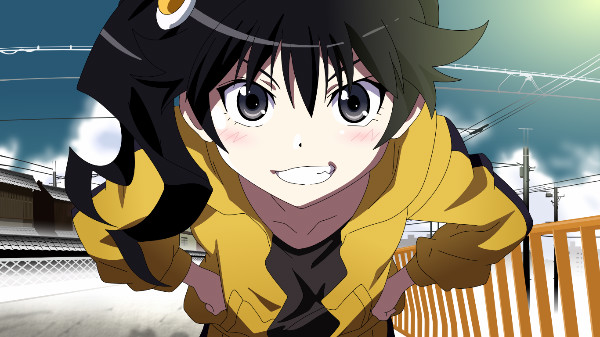 Even if you’ve never watched Nisemonogatari, there’s a good chance you’ve seen the infamous incestuous toothbrushing incident. In it, Karen’s older brother Koyomi brushes her teeth in a way that you didn’t realize anybody could. Throughout the anime, there is only a basic hint of lips - an occasional highlight where the bottom lip would be. But in this scene, Karen has full, pink anime lips to add detail to the closeup, and no doubt add sensuousness to a scene that, by all accounts, should be innocent. 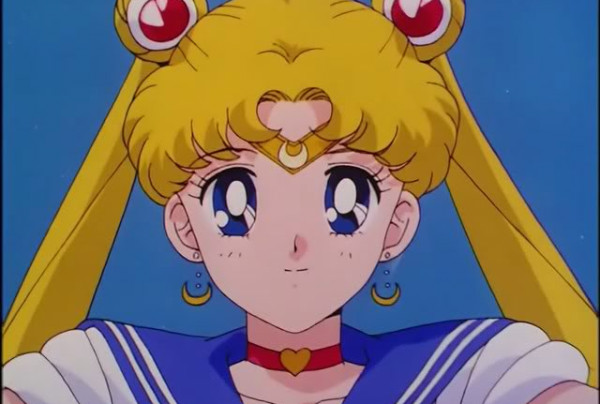 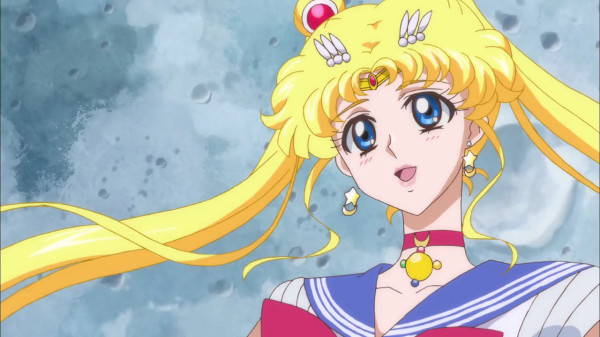 For the entirety of the Sailor Moon series, Usagi (known in the US as Serena) might be all about looking cute and pretty, but she has no lips, even in her Sailor Moon form. The recent Sailor Moon Crystal special had a revamped artstyle with one notable addition - visible anime lips! The result is a prettier, more feminine Usagi, but not everyone loves the change. Are we just so used to lip-less Sailor Moon after years of it? Or do fans just prefer their anime beauties without lips? 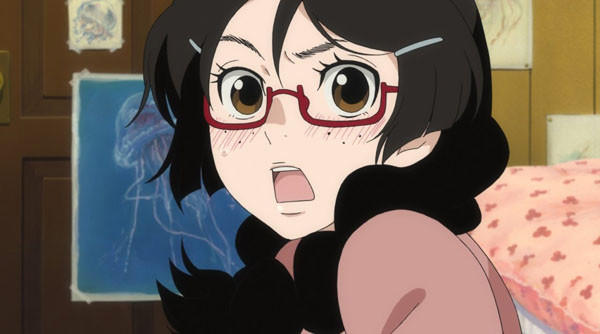 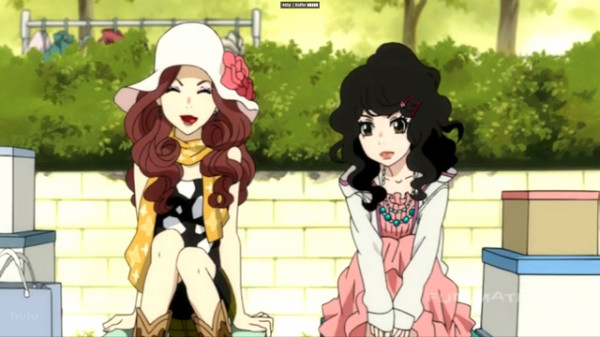 Tsukimi is an all-natural girl, often seen as simple and geeky, with few even considering whether she’s attractive or not. Throughout most of Kuragehime, Tsukimi is drawn with lips lines, but the lips themselves are the same color as her skin and don’t have any shines or embellishments. That’s all they are - the outline of large pouty anime lips. But when she puts on a bit of lipstick, these lines turn into full and sensuous lips, with the lipstick ending just before the bottom lip line. Of course you shouldn’t need makeup to feel beautiful, but in Tsukimi’s case, all she needed was a bit of color to completely transform her. 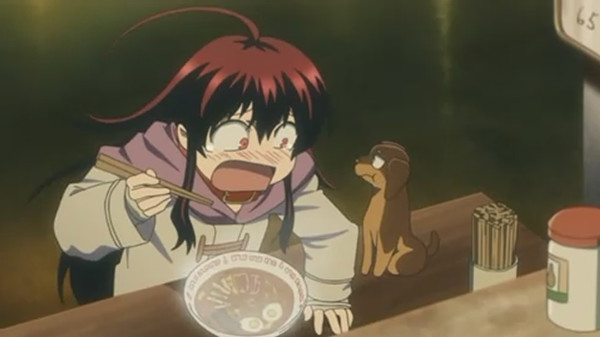 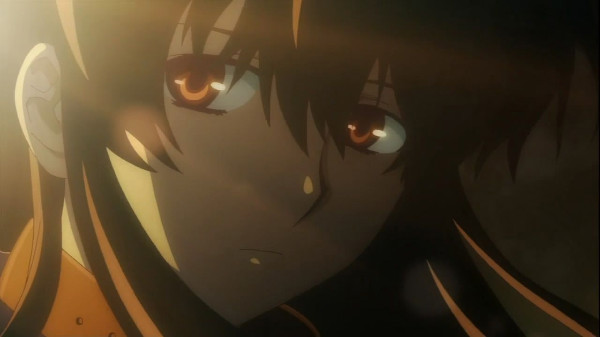 Kuro sure has an expressive face, her lip-less mouth twisting into the most amusing bewildered and surprised shapes. She can be serious too, though, and once in a while, during closeups of Kuro’s serious face, her anime lips suddenly become visible in the light and shadow. Somehow this turns up the drama a couple of notches for each scene. When the shadows are sharp enough to illuminate the curves in your face, you know it’s serious business. 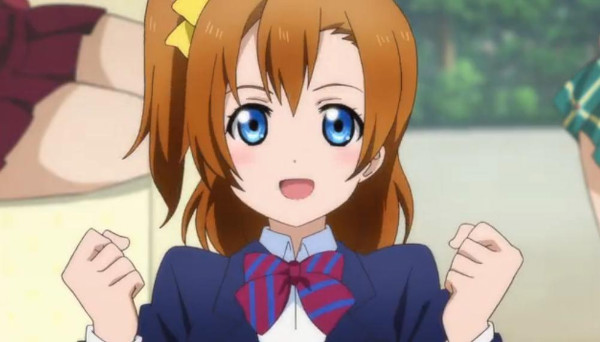 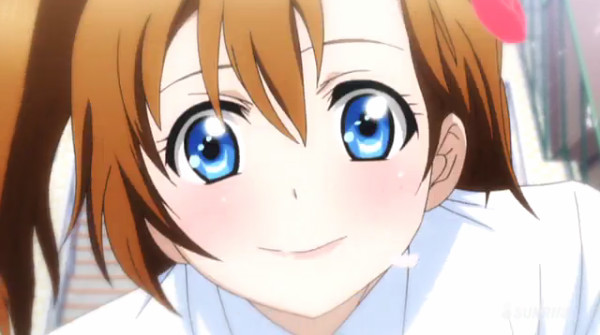 Wearing makeup in school is frowned on in many places and cultures, but when you’re a teen idol pop group, society is willing to make an exception. In Love Live!, the girls, Honoka especially, are always switching between having visible lips and not. This is due in part to them changing their makeup for different scenes. But for when they aren't wearing make-up, instead of showing the lips without lipstick, they are omitted completely. Sometimes, though, the girls are drawn with lips not because of makeup, but to change the way you look at them. According to this anime, blushing really brings out your anime lips. 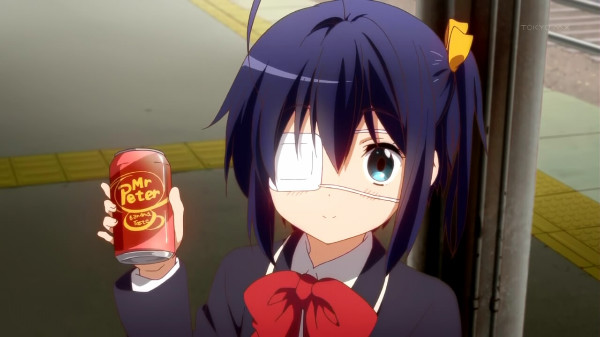 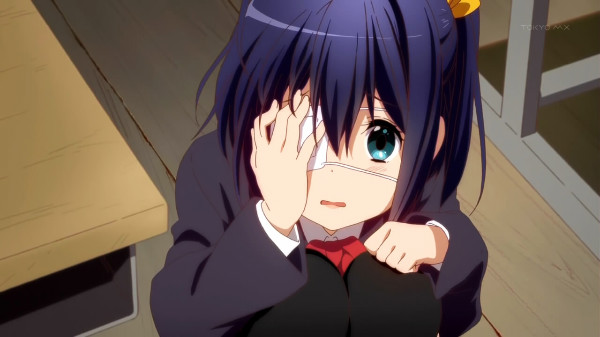 Rikka is clumsy, guarded, and not typically girly, which is why when she is shown with a tiny hint of a bottom lip, it’s more than just a closeup - it’s her inner desires and personality shining through. The anime lips are there to remind you that even though she can be hard to get close to, Rikka is in fact a girl, and don’t you dare forget it!

From Nanatsu no Taizai (The Seven Deadly Sins) 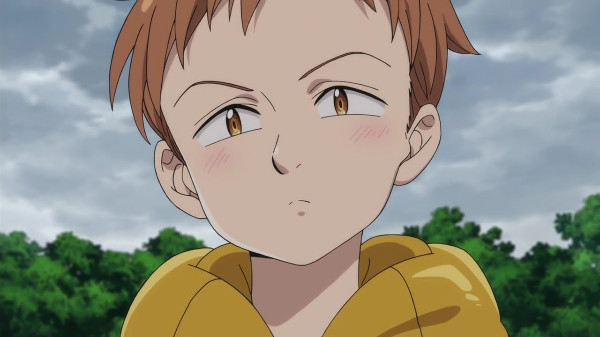 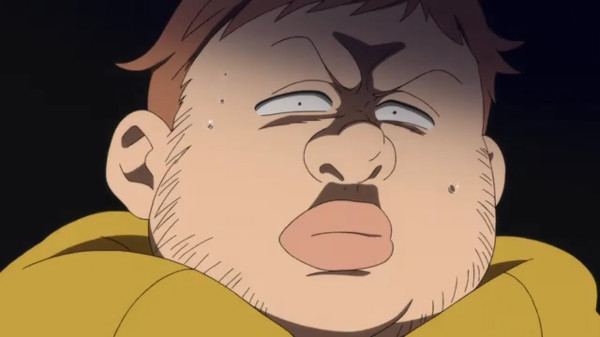 Anime girls get lips when they’re meant to look more girly, but men get them for an entirely different reason - to show that they have a few too many pounds on them. Nanatsu no Taizai’s King has two forms: skinny and fat! In his slim child-like form, he usually has either no lips or just a small shadow underneath, but as soon as he turns into his “true” chubby form... wham! Look at the size of those things! 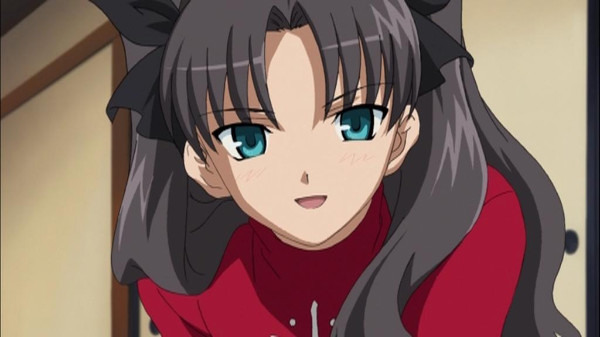 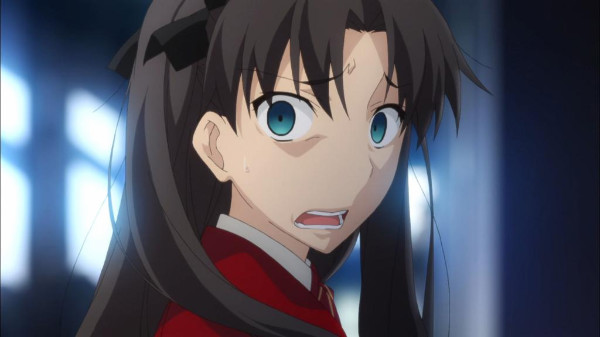 Rin is too awesome of a character to need prettying up (although she’s no exception to the “blushing girls have anime lips” rule of anime). Instead, her lips are shown through dramatic lighting. Whether she’s smiling, brooding, or looking utterly bewildered, the light playing on her face reveals the curves of her lips. She looks quite different that way, doesn’t she? 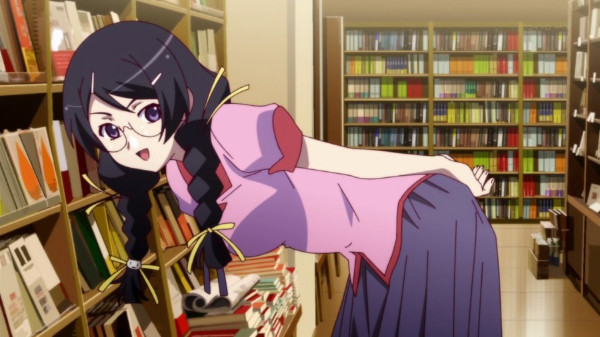 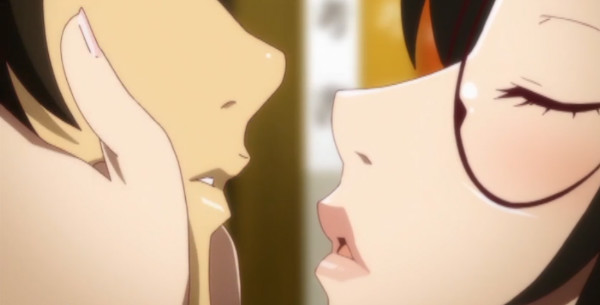 Hanekawa is a quiet character who spends most of her Bakemonogatari screen time offering sensible advice from the background. She’s also capable of being sensual, as she showed when she doled out a certain bit of advice to her friend Araragi. This isn’t the only time Hanekawa is shown with full lips though, as the series is fond of randomly closing up on Hanekawa’s (and other characters’) anime lips as they’re talking. Maybe Hanekawa knows why this happens, or maybe she doesn’t. After all, she doesn’t know everything, only the things that she knows.