What is an OVA?

Before we can discuss the importance of Ginga Eiyuu Densetsu's success as an OVA, we must first define what an OVA is. OVA is an acronym for: Original Video Animation. This means that the anime content is not intended for a theater or for a television release, but rather for a home video release. Many Westerners immediately correspond this to horrible, under-budgeted, and badly produced motion pictures that could not afford to get a theater release. In anime, a direct-to-video release, i.e. an OVA, has a very different reputation.

Many anime production companies use the OVA format as a means of releasing content that they think would have a harder time getting passed television censors and film-content rating systems. In the 1980's anime were seen as cartoons meant for children, and unless a show could appeal to a very young demo-graph, it was not aired. At the same time, however, VCRs and video tapes were becoming more commonplace in households. Animators interested in releasing more mature shows saw an opportunity to bypass the censors. This gave birth to the OVA format, with violent and sexually graphic shows forming an anime underground in the 80's and 90's.

While there have been many successful and influential OVAs from the 80's and 90's, there is one that stands far above the rest. This show is the War and Peace of anime, an epic of immense scale, with a large cast of multi-dimensional characters. Ginga Eiyuu Densetsu (Legend of the Galactic Heroes) redefined what an OVA could be. 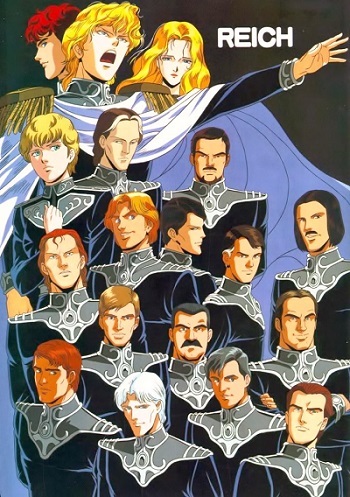 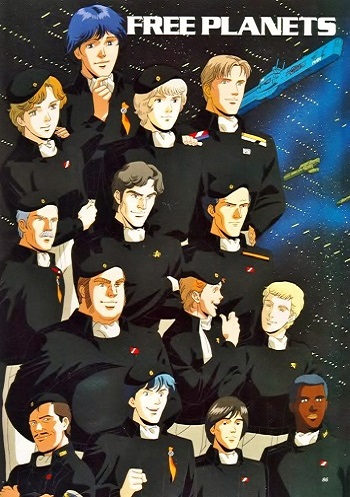 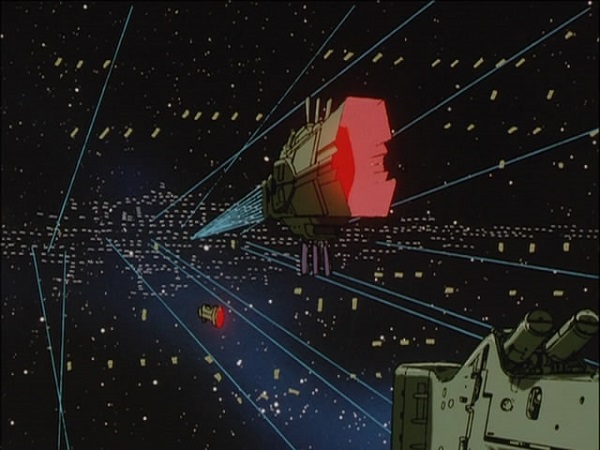 In a single frame of animation we get a sense of the sheer scope of this OVA series.

At first glance, Ginga Eiyuu Densetsu seems like your typical story of good vs evil. The galaxy is engaged in a massive war between two vying superpowers: an autocratic feudalistic galactic empire and a democratic alliance of planets with a value system similar to the Allies of World War 2. This OVA turns this concept on its head and explores themes involving political science, human nature, and warfare.

Ginga Eiyuu Densetsu poses many questions to its audience. What if the autocratic monarchy is governed by kind and capable individuals? What if the democratic government is overtly bureaucratic and extremely corrupt? Do the methods of which you achieve your victory matter? How expendable are soldiers lives? What exactly is a "just war"? As you can imagine, these themes didn't really resonate with the young children watching cartoons on television. However, these themes did resonate with the more mature audiences watching the OVA format in the 80's and 90's.

Defining a Genre: What is a Space Opera?

Ginga Eiyuu Densetsu is a true "space opera" in every sense of the word. Most writers, animators, and film-makers consider the space opera as a sub-genre of science fiction. A space opera is typically overtly dramatic, emphasizes large scale military conflicts, and usually the protagonists are heroic characters engaged in such a conflict. Often the melodrama, (the opera) comes from family feuds, and fractured friendships. Much of this familial drama can be found in the dynastic Galactic Empire story line, whose protagonist is Reinhard von Lohengramm.

To say that Ginga Eiyuu Densetsu is only successful because it debuted around the time both Star Wars and Star Trek were reaching the zeniths of their popularity is an oversimplification. Ginga Eiyuu Densetsu is not the result of anime fans looking for their own defining "space opera". It is the result of countless man-hours and an insane amount of dedication from the entire production staff. This work stands on its own merits, and many fan reviews argue that this anime is the best space opera ever made. Having watched the OVA myself, I am not so dismissive of such a bold statement and can easily see why many Ginga Eiyuu Densetsu's faithful believe that. 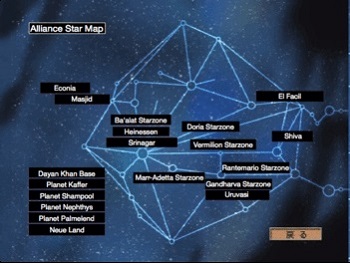 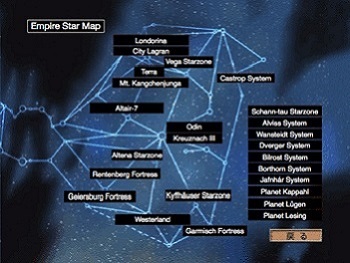 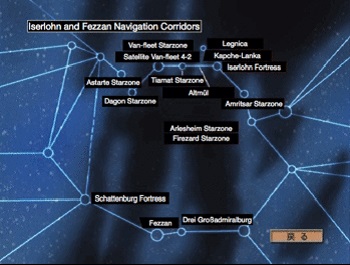 Star maps, clarifying the exact regions of space the Galactic Empire and the Free Planets Alliance control. This also includes the strategically important and contested Iserlohn and Fezzan navigational corridors.

Ginga Eiyuu Densetsu was released from 1988-2000 and was produced by Kitty Films, with animation done by Magic Bus and Artland studios. This OVA is an anime adaption of an award-winning science fiction novel series written by Yoshiki Tanaka. Though, the animation is dated, concentrating on that would be missing the point of the show. Ginga Eiyuu Densetsu is not a flashy action packed anime with tons of battles between giant robots or mutated monsters. Many would call this show's presentation "dry". This is because Ginga Eiyuu Densetsu, in true space opera fashion, focuses more on the "boring" and "realistic" parts of warfare: military logistics, casus belli, troop deployments, weapons manufacturing, and pre-battle maneuvering. 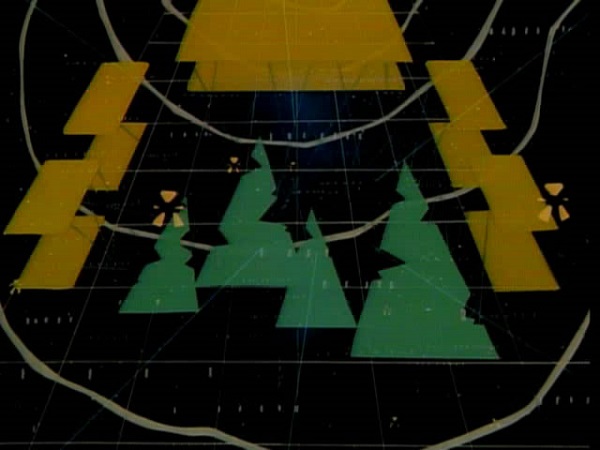 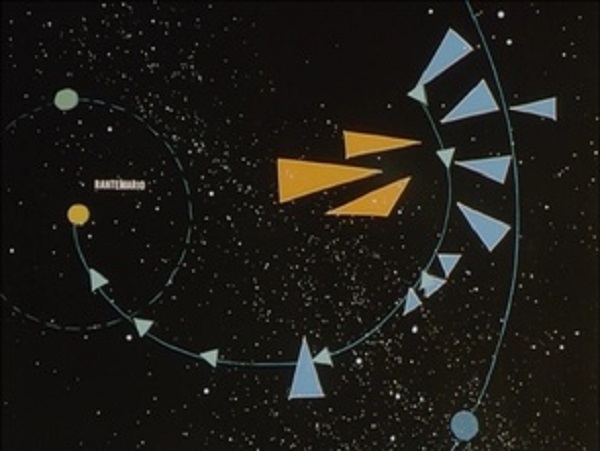 This space opera show has a wealth of characters. So many, that the first time a character appears in every episode their name is subtitled under them. This is to help the audience keep track of every character's plot line. The battles are sobering, as we watch fleets of tens of thousands of ships with millions of soldiers fight over entire planets and strategically vital star systems. Nuclear weapons are readily deployed, and the scale of the conflict is unsurpassed in any fictional medium. Not even the scifi/fantasy epic Star Wars shows warfare at the sheer level and minute detail of Ginga Eiyuu Densetsu.

With 110 episodes, every minute is taken advantage of to examine the lore of this universe; this includes informative visual aids of all the different ship models. 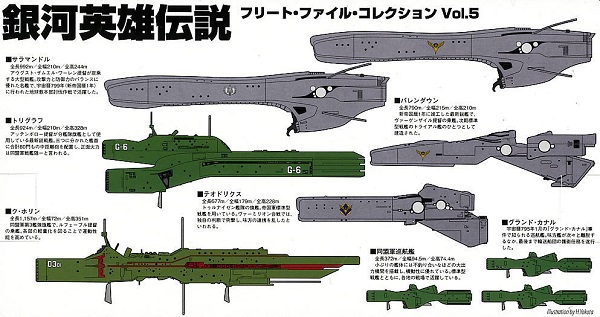 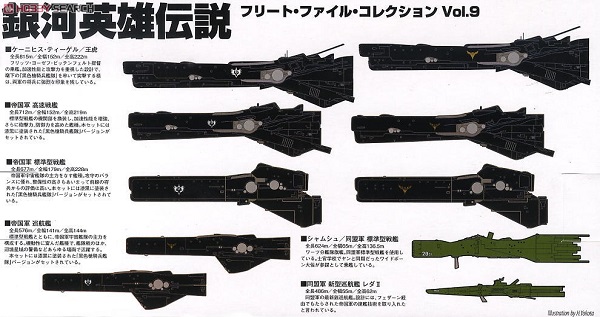 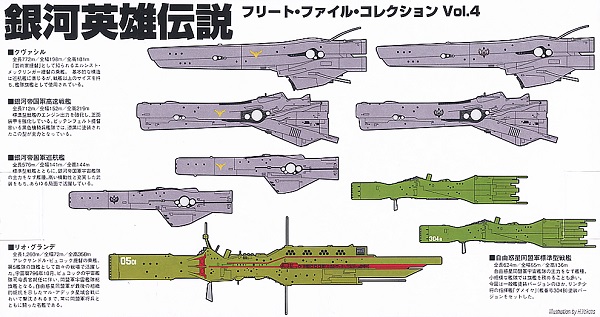 Ginga Eiyuu Densetsu is not light on the violence and graphic content either. What an attentive viewer can appreciate is the way the violence and sexual content is handled by the storytellers. It is not sensationalized like many other shows, (both anime and live-action programs are guilty of this). Rather, the the mature content is handled respectfully and as a means to serve the plot. That is not to say that this OVA has a lack of this kind of content. 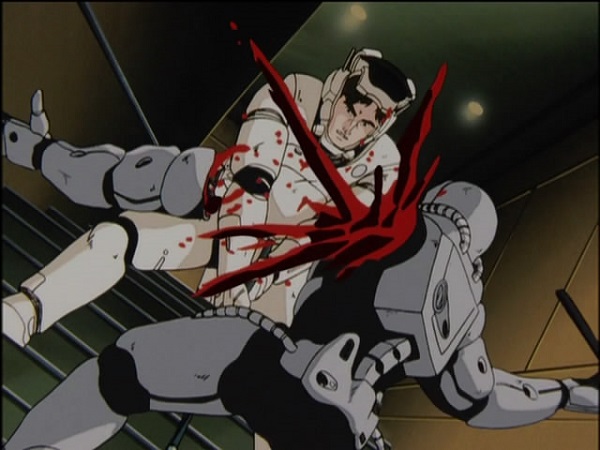 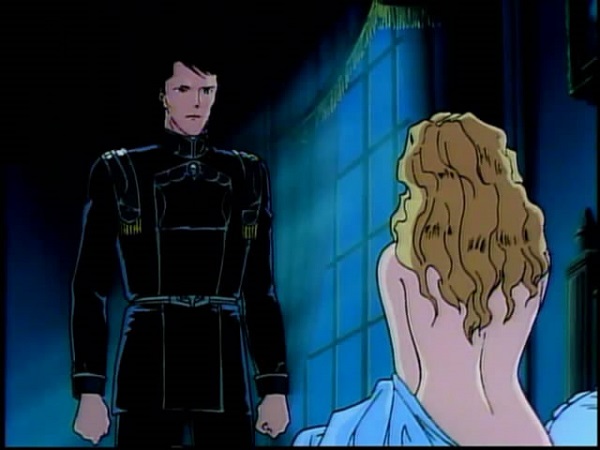 Hard to believe that at the time this was considered risque for anime.

The Anime Without a Peer

If their is one thing anime fans love more than actual anime, it is debating other anime fans about what is the best anime. We've all heard the arguments: Bleach vs. Naruto, Death Note vs. Code Geass: Hangyaku no Lelouch, Pokemon vs. Yu☆Gi☆Oh!, One Piece vs. Everything...etc.

Perhaps Mobile Suit Gundam: The 08th MS Team? After all it's an OVA too. This Gundam series is the personal favorite of many Gundam fans. It is a great show that looks at the wars and conflicts of the Gundam franchise from the point-of-view of the soldiers on the ground. Though this OVA is well worth a viewing, I don't know if you can fairly correlate it to Ginga Eiyuu Densetsu, and that is exactly the point I'm trying to make. 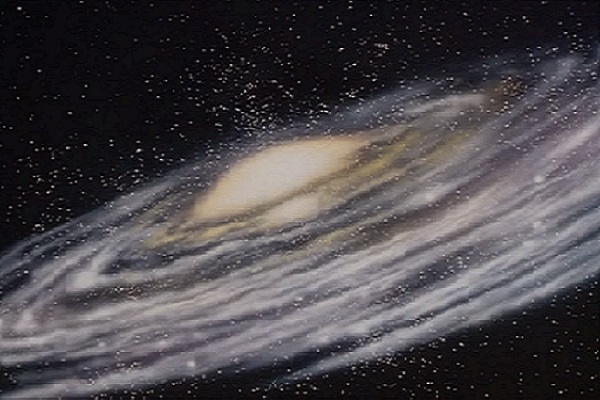 The Milky Way Galaxy, the battleground of Ginga Eiyuu Densetsu.

Ginga Eiyuu Densetsu is not a show for everybody; it's dry, complex, and requires your constant attention. But many people have found Ginga Eiyuu Densetsu refreshing. Try to keep in mind this anime came to the United States in the 80's when Transformers and He-Man and the Masters of the Universe were the most popular animated cartoons on television. Westerners still didn't really understand Japanese anime. For its time, this OVA was revolutionary and attracted an audience that otherwise couldn't care less about anime, having previously viewed it as an entertainment medium solely meant for children and social outcasts. To this day Ginga Eiyuu Densetsu is the longest running OVA series and has the largest voice cast in anime with over 300 voice actors credited. More importantly, Ginga Eiyuu Densetsu showed the world, and the West, what an OVA and a space opera anime could achieve. 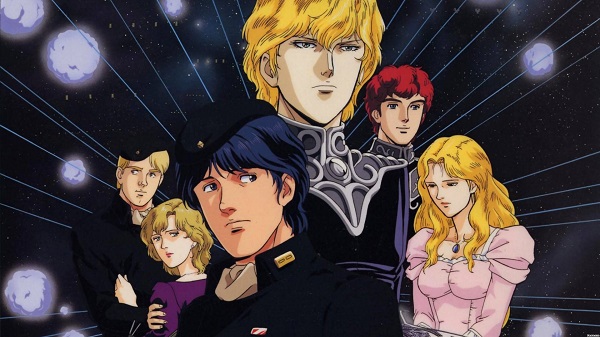