The Mystery Behind the Banned Pokémon Episodes

Despite the anime being the light and enjoyable show it is, there's a number of Pokémon banned episodes due to certain circumstances. Discover why these episodes have been banned in the list below and decide for yourself if they deserve the censorship. 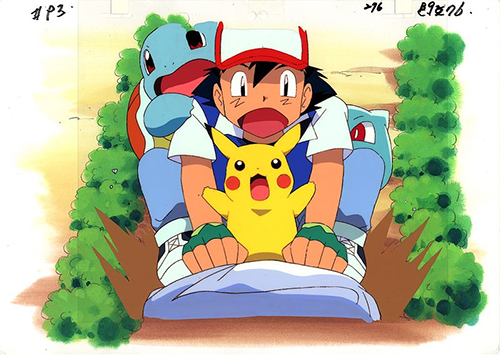 Pokémon, as most of us know it to be, is a rather light kids anime about the colorful adventures of Ash and his quest to be a Pokémon master. Throughout Ash’s mission to collect gym badges, the duration of each episode aims to feature different Pokémon and their characteristics. Things are usually complicated by the troublesome antics of the Team Rocket, who inevitably get thwarted and "blast off again". However, there are a number of controversial Pokémon episodes that were banned from airing that many of us are not aware of. What could those episodes have contained that caused this lively and easygoing anime to be inappropriate or even unsafe for its viewers? 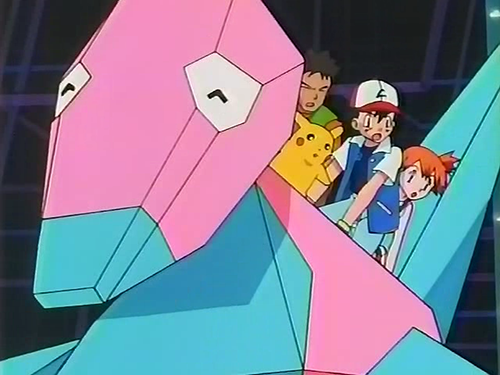 The 38th episode of the first season entitled “Electric Soldier Porygon” is the first of the banned Pokémon episodes. It premiered in Japan on the 16th of December 1997. This episode is notoriously called the Seizure Episode of Pokémon as its first broadcast subsequently caused hundreds of Japanese children to be admitted to hospitals, exhibiting symptoms of epilepsy such as seizures, vomiting, dizziness, and severe headaches. The episode features the Pokémon Porygon and at the end of the battle scene of this episode, an explosion that takes up more than half of the television screen is broadcasted in extremely bright frames of flashing strobe lights alternating rapidly between blue and red. This inadvertently triggered the adverse health effects in its viewers. This caused the anime to go on hiatus for a few months after banning the episode from airing again worldwide. The animators were instructed to reduce the lighting and frame speed of previous episodes and to be more careful with lighting of the episodes with similar effects, cautious and wary about producing scenes that would trigger similar reactions again.

Watch a clip here. Those with photo-sensitivity, be warned! 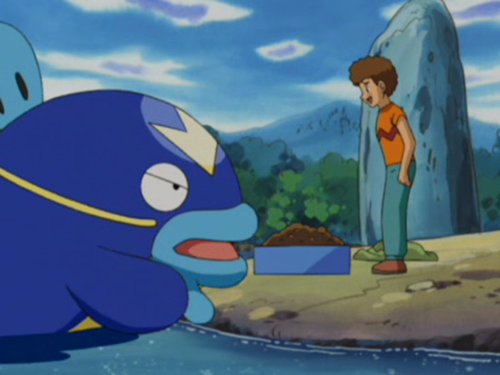 “Shaking Island Battle! Barboach VS Whiscash!” is the title of the 375th episode, one of the Pokémon banned episodes. This is also the second episode to be banned from airing worldwide. Roughly a week prior to its scheduled premier, November 4, 2004 a devastating earthquake occurred in the Niigata Prefecture in Japan. In the Pokémon battle between Barboach and Whiscash, the move Earthquake was going to be used. In consideration to the calamity, the management decided the episode to be too insensitive and this episode was never aired. Since then, no episodes has ever featured the move Earthquake and similar moves such as Fissure and Magnitude.

Beauty and the Beach (Episode 18) 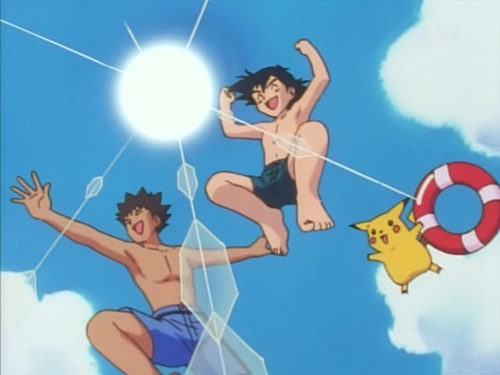 While the title of Episode 18, “Beauty and the Beach,” may sound harmless, this is one of the Pokémon banned episodes from all countries outside of Asia after airing once each in Japan and in America on July 29, 1997. This episode is set in the beach and Ash and his friends are depicted in swimsuits. This episode is controversial because of a scene wherein James cross-dresses using large, inflatable dresses. Although the creators intended it to be funny, many deemed it to be largely inappropriate for its intended audience, which is mostly comprised of young children. It aired in a heavily-cut version in 2000 that was only eighteen minutes long.

The Legend of Dratini (Episode 35) 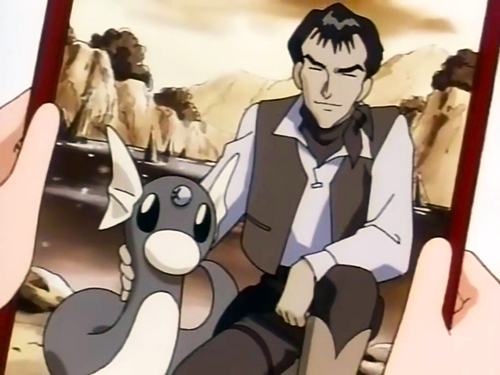 The 35th episode of the Pokémon anime that aired in Japan on November 25, 1997 was banned in the United States due to the repetitive use of handguns and other firearms throughout the episode. Set in the Safari Zone, several scenes included guns being pointed at Ash, Misty, and Brock, and even being fired at Jessie, James, and Meowth. Though the writers evidently intended for those scenes to be comedic, the American censors still found the scenes to be too dark for young children. One particular scene where Ash is threatened with a gun directly pointed at his head might influence the minds of children, which is why this episode never aired in the United States. 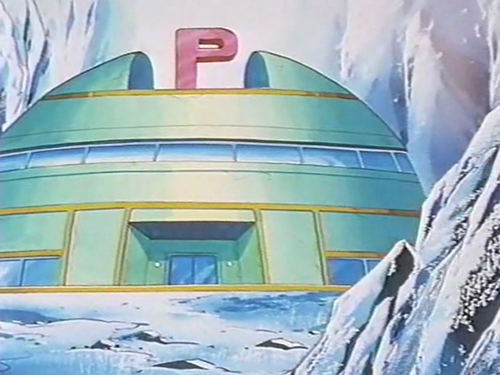 Jynx has regularly gotten Pokémon episodes it appears in banned since its debut in Episode 65 (Holiday Hi-Jynx). Due to its humanoid appearance, its black skin, and large pink lips, some people believe it to be a racial stereotype for Africans. Americans are particularly keen on the issue of racism, and there was an attempt to reduce the appearance of Jynx in the series as much as possible. Although its skin color was changed into purple in the later appearances, it was still skipped over in the English dub due to the prolonged appearance of Jynx. The Ice Cave aired in Japan on May 30, 2002. The countries outside of Japan to have aired this episode include Taiwan, Hong Kong, South Korea, and Brazil. 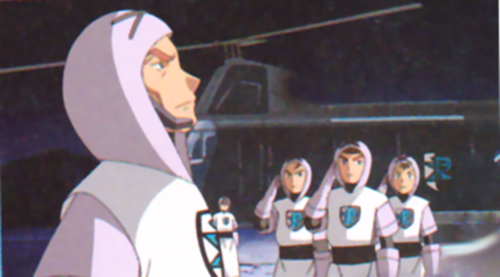 The two-part episode was set to air on March 17, 2011 but was not banned, but postponed due to the earthquake, tsunami, and subsequent nuclear meltdowns that devastated Japan on March 11, 2011. The episode was going to show urban destruction and explosions and was deemed inappropriate to air in light of the catastrophic events. TV Tokyo's official statement last December 2015 says that it will still air eventually, once they have selected a schedule date that will not conflict with the on-going XY Series. 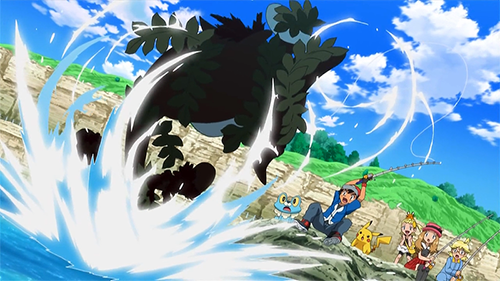 This episode of Pokémon was supposed to air on April 24, 2014 but it was postponed to November 20, 2014 in Japan and February 7, 2015 in the US due to the sinking of the MV Sewol Ferry in South Korea on April 16, 2014. This episode contains scenes showing ship wreckage on the ocean floor and it was decided that broadcasting it would be grossly insensitive. 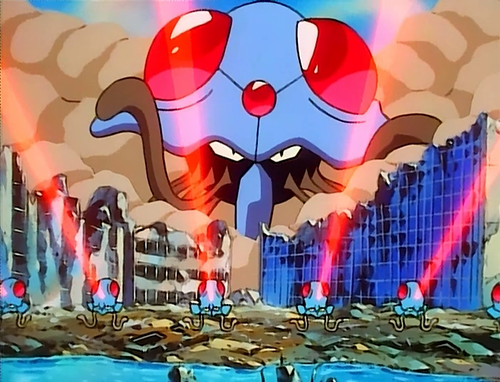 This episode had already aired in Japan on August 5, 1997 and in the US on October 1, 1998. However, following the September 11 attacks in the US, Kids' WB! banned this Pokémon episode from the air for a few years. It showed buildings being destroyed by violent attacks. A couple of years later, it was aired again by Cartoon Network in the US.

The Tower of Terror (Episode 23) 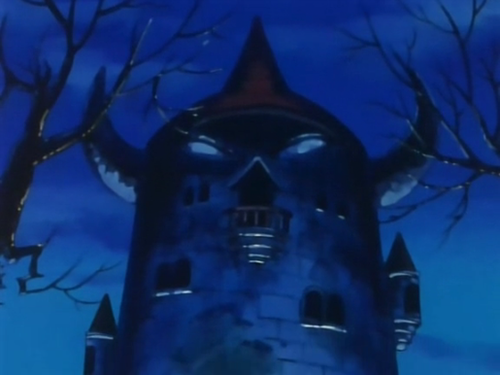 Also related to the September 11 terrorist attacks, the 23rd episode of Pokémon entitled "The Tower of Terror" was also banned in the US for a few years due to its suggestive title. It had already premiered in Japan on September 2, 1997 and in the US on October 7, 1998.