Ash's Pokemon Teams Throughout the Regions

Over the years, Ash Ketchum (Satoshi) has traveled to many different regions in the Pokemon world. Each new region brings a new generation of Pokemon with it and the anime features Ash and his pal Pikachu catching a new team of Pokemon with each new adventure.

All of Ash's Pokemon (bar Squirtle and Primeape) at the end of Best Wishes! 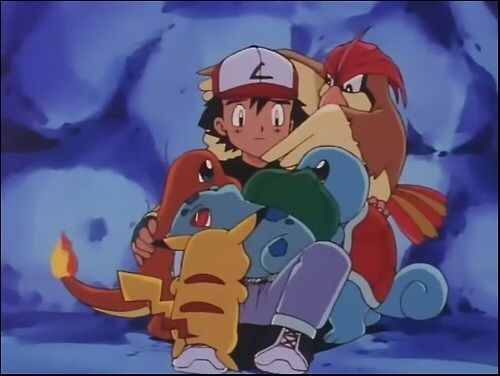 Ash and his Pokemon huddle together in a snowstorm

Ash's Pokemon team consists of Pokemon from his home region, Kanto. The team is well balanced and largely set the standard for Ash capturing a Fire, Water, Grass, and Flying-type in each region. Butterfree does eventually leave his team, but even with more Pokemon available Ash opts to only use his other five main Pokemon for most of his remaining time in Kanto. Pidgeot was also released to the wild in one of the very last Kanto episodes. 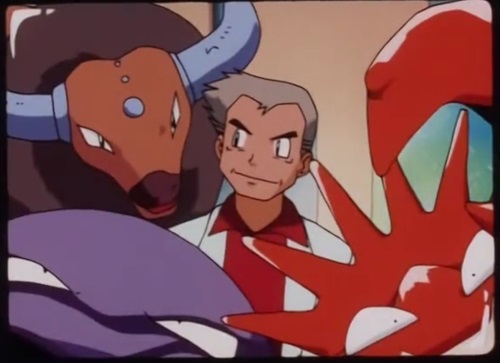 Tauros, Muk, and Kingler all offer to battle

Ash's remaining Kanto Pokemon all have their own special circumstances that stopped them from being used on his main team. Raticate was only owned by Ash for one episode; he traded one of his Pokemon for Raticate but regretted his choice and traded it back. Primeape was with Ash for only a few short episodes before leaving to train with a Fighting-Type specialist. Although Primeape is technically still Ash's, it has not made an appearance within the show since. Krabby and Muk were both caught and immediately sent to Oak's lab. They did participate in the Kanto League, where they won matches Ash likely would have otherwise lost. Ash's level 30 Tauros were caught in an infamous episode that was banned in the U.S. due to the use of firearms. Ash goes to the Safari Zone and, as a running gag, each time he throws a Safari Ball a Tauros runs by and gets in the way, resulting in him catching an entire herd. 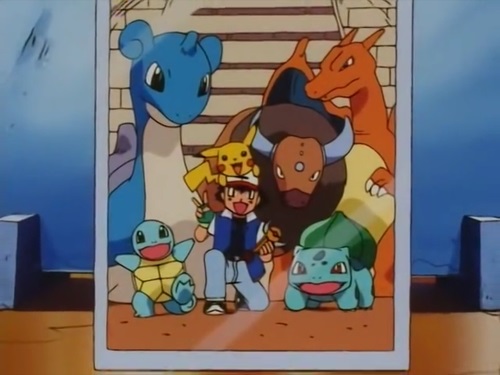 Lapras and Snorlax have stepped in to fill the gaps left by Pidgeot and Butterfree, though Lapras does leave his team towards the end of the saga. Snorlax does not fight very often, but the massive Pokemon is a powerhouse and one of Ash's strongest contenders. 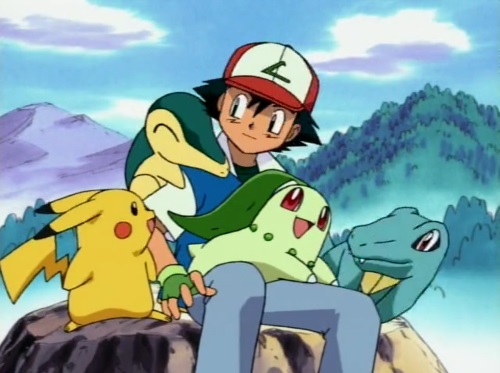 Ash's and his Johto starters

Ash's Pokemon from Kanto leave for training or simply return to Oak's lab throughout his early Johto adventures, each being replaced by a new Pokemon over time. Ash largely focused on building a new team similar to his old one (i.e. after Charizard left he wanted a new Fire-type and found Cyndaquil). 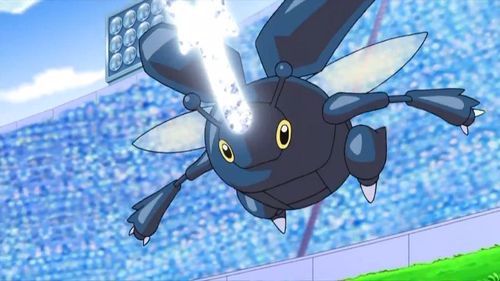 Heracross prepares to use Horn Attack

Heracross was caught early on by Ash but soon found a home at Oak's lab, where he remains unless Ash calls on him for battle. Beedrill was never actually used by Ash; he caught this Pokemon in Johto's famous Bug Catching Contest and gave it to his friend Nanako shortly afterward. 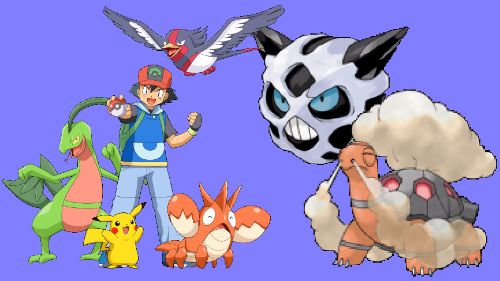 Hoenn is notable for being the region where Ash caught the least amount of Pokemon. At only five captures, he had just enough new partners to fully fill his roster before the Hoenn League. 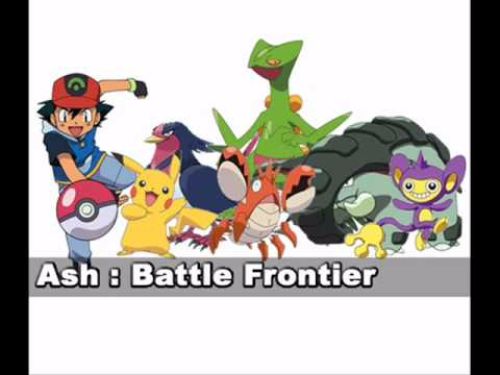 Torkoal and Glalie needed a break after the Hoenn League, leaving two spots open in Ash's Pokemon team. While his Phanpy filled one of these slots (and even managed to evolve!) and a wild Aipom filled the other, this saga also saw Ash calling on many of his older Pokemon while challenging the Battle Frontier. 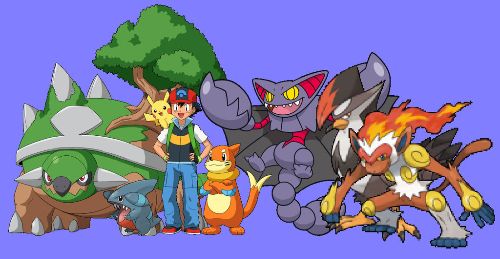 Although Ash acquired more than six Pokemon in Sinnoh, he never actually had more than six on his team at any given time. His Aipom, who sneakily followed him from Oak's lab, developed a love for Contests and was traded to his friend Dawn (Hikari) for her battle loving Buizel. Gliscor later left Ash in order to train and was replaced by Gible, though Gliscor did return to Ash in time for the Sinnoh League. 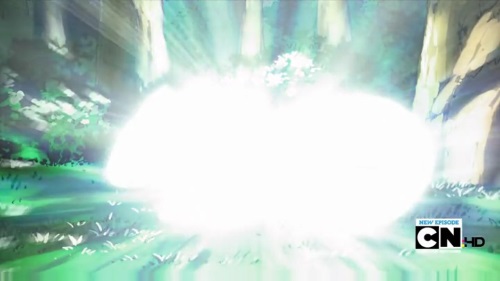 Cyndaquil was one of the many former Pokemon called on by Ash for the Sinnoh League and ended up evolving while protecting Ash's other Pokemon from Team Rocket, a full ten years worth of episodes after Ash originally captured him.

Unova saw Ash doing something new with his Pokemon, rotation. Ash captures a whopping nine new Pokemon in this region, but rotates his team members instead of giving some of them a backseat position. This adds a great deal of versatility to his options and leaves audiences not knowing which Pokemon he could throw into battle during each new episode. 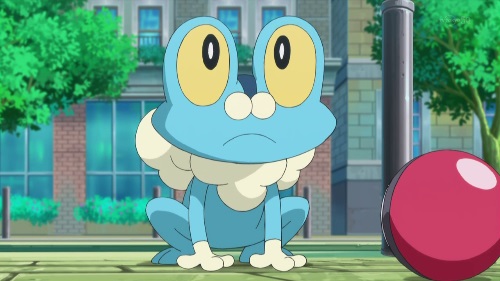 Ash's Kalos team has been small but solid, with most of the Pokemon being skilled in the "fast and hard" fighting tactics that Ash prefers. Notably, despite this saga being over Ash has yet to fill his team with a sixth Pokemon. 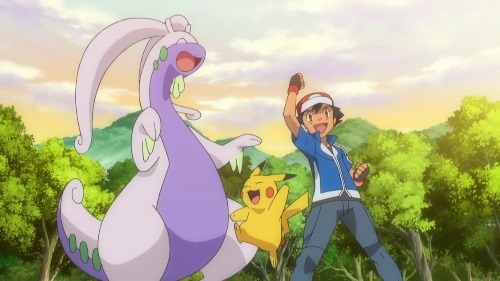 Goodra celebrates his evolution with Ash and Pikachu

Goomy was a scared, fragile little thing when Ash first met him. Goomy admired Ash and wanted to be strong; Ash promised he would help Goomy fulfill that goal. He succeeded by helping him evolve into Goodra, who later returned to his homelands after rescuing them and the Pokemon who live there from an evil plot. 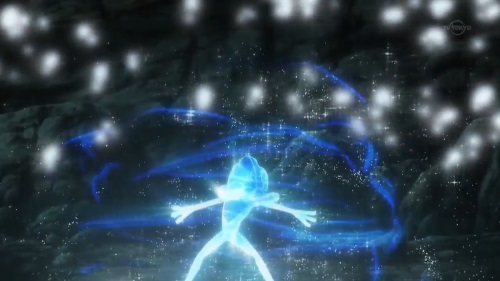 Thus far, Ash's team has remained the same from the XY series with the exception of Frogadier's evolution. While some fans speculate that Ash will catch a sixth Pokemon in the near future, others insist that one of his older Pokemon will return to this team. One that capable of Mega Evolution...