Who Do You Think is the Best Ninja Character in Anime?

Ninja are the historical figures from feudal Japan that have infiltrated public conscious and whose supposed feats are often fantastic reconstructions of their actual roles in history. In anime, they are depicted even less realistically, often being endowed with supernatural powers and strength. One thing's for sure though; you will never see or hear them coming, and they will have their star-shaped blades at your throat faster than you can say "ninja!"

Without further ado, here's a list of 15 of the best ninja anime characters! 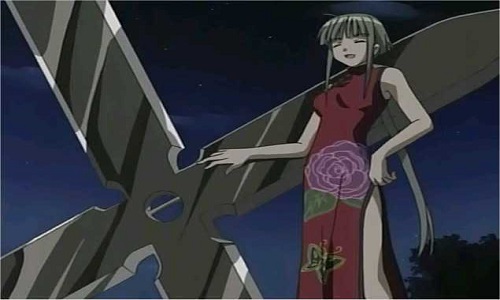 She may very well be the most laidback anime ninja ever. But give her a kunai, and she will show you a thing or two about being a ninja. Her gentle nature is a perfect camouflage for her hidden warrior spirit. 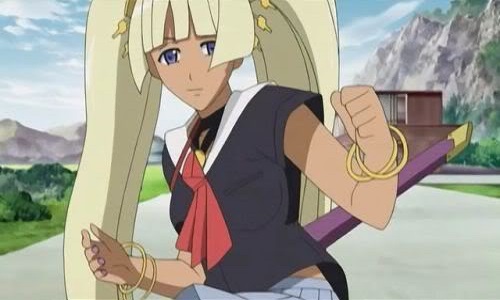 In an anime with comedic undertones, Himeji stands out as more of a serious anime ninja. One of the most talented students in her ninja school, she is considered to be an expert when it comes to weaponry. 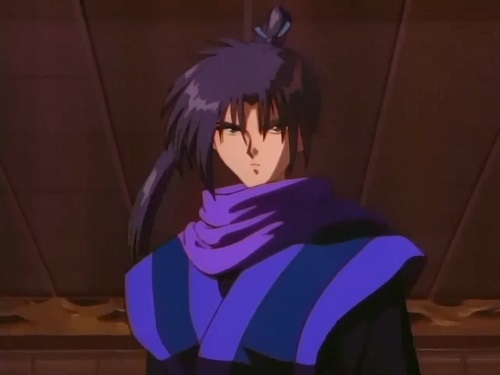 In terms of skills, Aoshi-san is one of the best ninjas out there. Enemies fall silent as soon as he draws his double kodachi. This guy is not a warrior to be messed with.

From: Flame Of Recca 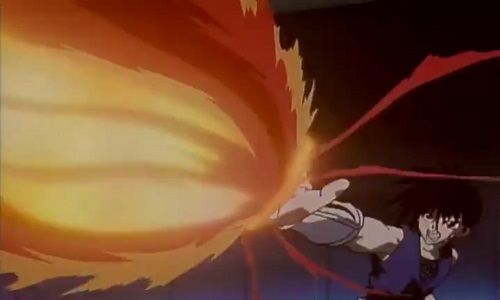 Just for his ninja obsession alone, Recca can make it to this list of anime ninja warriors. The teenager does not realize that his true powers have been sealed within a wrist band. When realization does dawn, Recca Hanabishi transforms into a powerful ninja warrior. 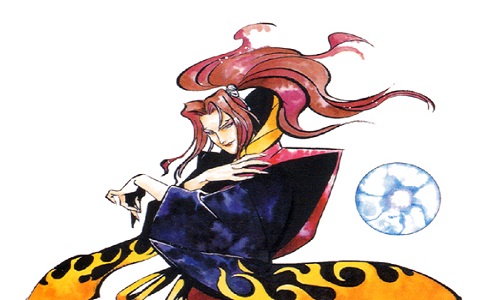 A noble warrior and the charismatic leader of the Shimabara Rebellion. He dedicates his fighting skills and fierce spirit to a greater cause, staying strong even in the face of extreme adversity. 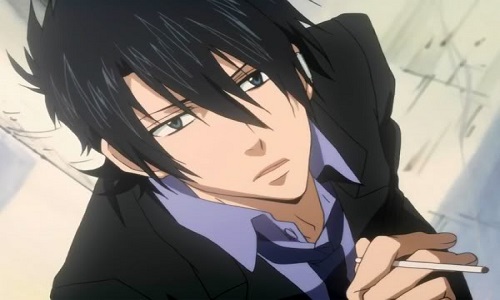 Anime ninja warriors are not known to be the most loyal or trustworthy. Thobari Kumohira defies that exact stereotype by pledging his life to protect the young girl, Miharu Rokujo. Tobari is a rare anime ninja who channels his supreme fighting skills for the better good. 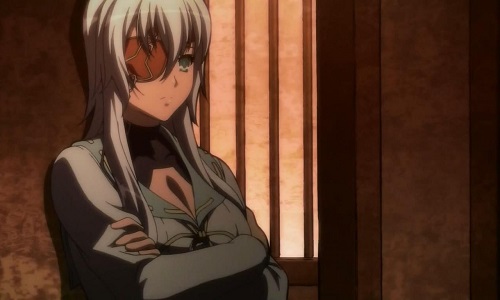 Her cold stare is enough to stop the enemy in their tracks. The pirate-styled eye patch over her right eye only hints at the fearsome ninja warrior that this 15-year old girl actually is. Yagyuu is one of the coolest shinobi out there, which makes her the perfect anime ninja warrior!

From: Ninja Scrolls: The Series 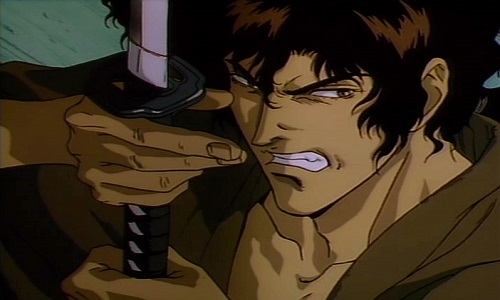 Jubei Kibagami is the perfect example of the lost, wandering warrior who finds his purpose in life by accident. During an altercation between two clans, he is handed the Dragon Stone, a precious jewel, and thus begins his mission to deliver it to the Priestess Of Light (Shigure). 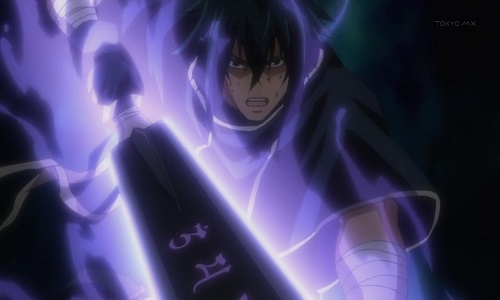 If there were ever a ‘master’ anime ninja, then it'd probably be Saizou Kirigakure. The legacy he carries is of a warrior so supreme that no enemy has been able to even touch his hair! 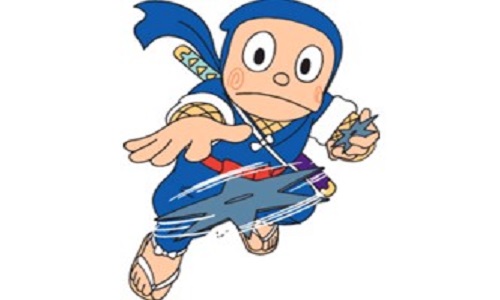 This little shinobi is for all the kids out there. Kanzo Hattori is one of the cutest and most adorable anime ninja characters you will ever find. His robe alone makes him a real treat to watch!

From: Jubei-chan: The Ninja Girl 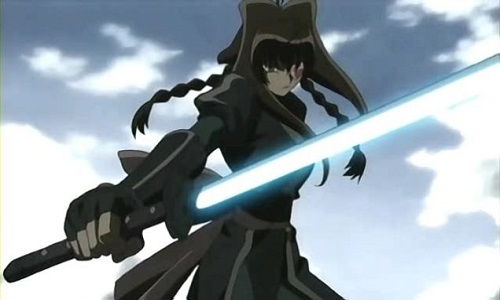 She needs an eye patch to summon her ninja skills, but boy when she does, there seems to be no one able to match her. 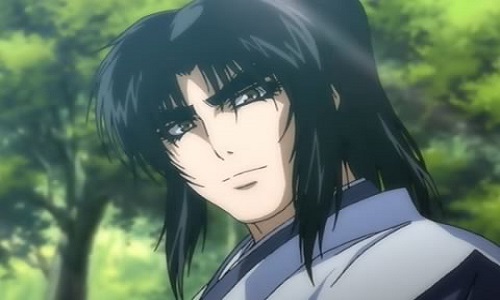 The most non-ninja of all ninja warriors, Kouga Gennosuke is a peace-loving scholar who despises confrontation. Threaten him or his clan though and a fierce anime ninja warrior is unleashed!

From: Ninja Slayer From Animation 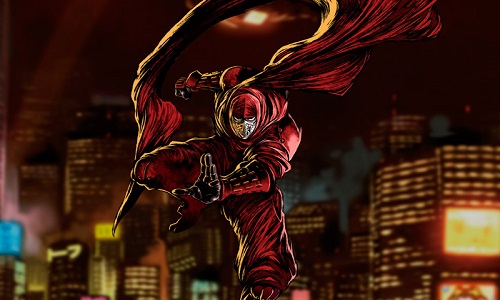 Kenji Fujikido is one of the darkest warriors in anime. His mission in life is to seek revenge for his slain wife and child. Massacre is his middle name as he quenches his lust for vengeance. A grim reaper and an expert anime ninja, Kenji is the perfect addition to this list! 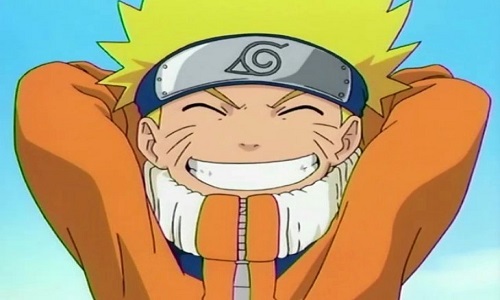 He may be poked fun at every episode and he may wear bright orange, but this anime ninja is no joke. His ninja skills and strong will are beyond question. Naruto is probably the most popular ninja in the world of anime! 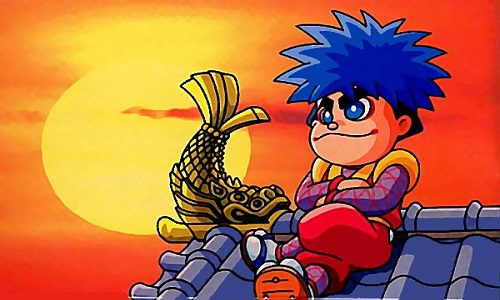 With blue hair and an assortment of weapons that includes coins and pipes, Goemon is a truly unique ninja. His coin throw attack is the stuff of anime ninja cult. 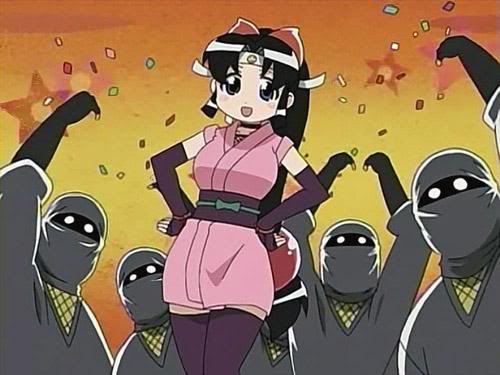 Strictly speaking, she is a ninja apprentice, and she is a bit clumsy to boot! But we just love the way she stands up and takes responsibility of her dojo because others are too lazy. Plus she rocks her pink kimono outfit!

Set in post-apocalyptic Neo Tokyo, Akira is a gritty tale that ponders the future of humanity. Despite the film's heavy content, its playful protagonist Kaneda manages to singlehandedly balance out the story's grim tone. Here's a GIF collection showcasing some of Kanada's best moments.