Just because these anime are violent doesn't necessarily mean they're gory (although, a lot of the time they are). These exhilarating shows all feature an overabundance of violence and action. Despite this, they manage to tell powerful, emotional stories that any anime fan with a soft spot for bloodshed will appreciate. 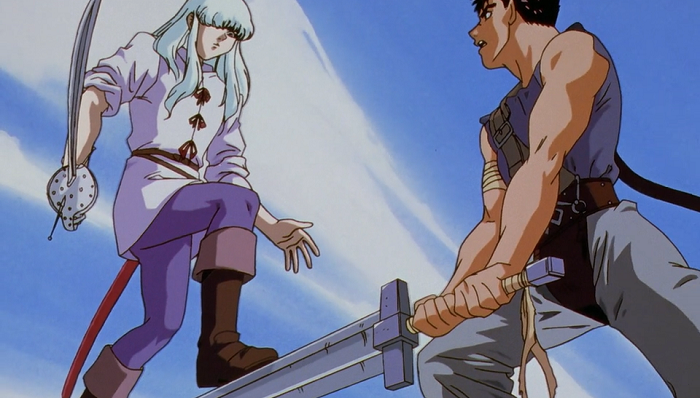 Beserk is set in a medieval world clouded by a supernatural presence. The story follows Guts, Casca and Griffith who lead an army of mercenaries through the fields of battle. Most episodes focus on conflict between armies, demons, or man to man sword fights styled in traditional 90's animation. Aside from the pools of blood, sheer strength (Guts), battle of wits (Griffith) and agility (Casca) are what make this violent anime compelling to watch. The dialogue is also something to look forward to:

"This isn't the time for thinking. I should only be thinking about wielding my sword and how I'll kill them. Nothing more." - Guts 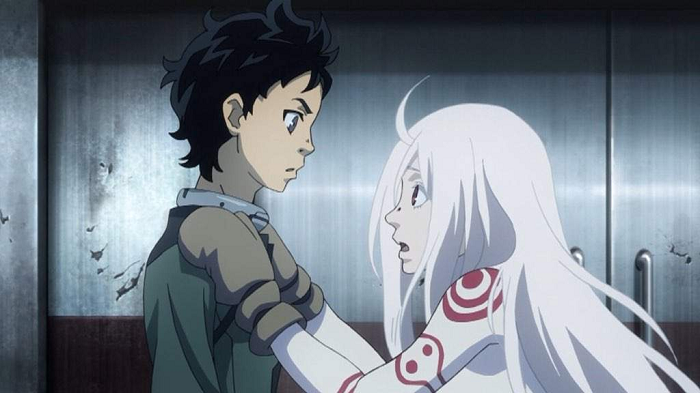 Ganta Igarashi is the sole survivor of his middle school's class massacre and, as the only suspect in the case, is found guilty and sent to serve his sentence as a death row inmate at Deadman Wonderland. The amusement park's cheery and inviting exterior exists solely for the purpose of running a privately owned prison where the rules often neglect the existence of human rights. With a wide cast of characters, a whole new level of super human powers, and a quirky fourteen-year-old girl, the creators of Deadman Wonderland leave their viewers in awe as they help Ganta survive his tragedy in unexpected ways. 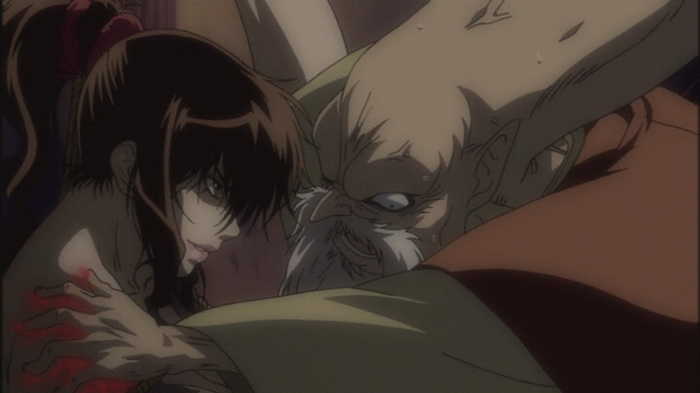 In 1614 Japan, the long standing peace between two Ninja Clans comes to an end when the current shogun calls on them to decide who between his heirs will succeed him. Although the story has a hint of Romeo and Juliet themed romance going on, the main focus remains on the clans' insatiable will to battle and challenge each other, sending ten of their best ninjas to fight one another. The violent scenes in this action filled series are much cleaner than Berserk's, for example, but nevertheless extremely innovative and engaging as each character brings a skill hidden up their sleeve to each fight, each episode. 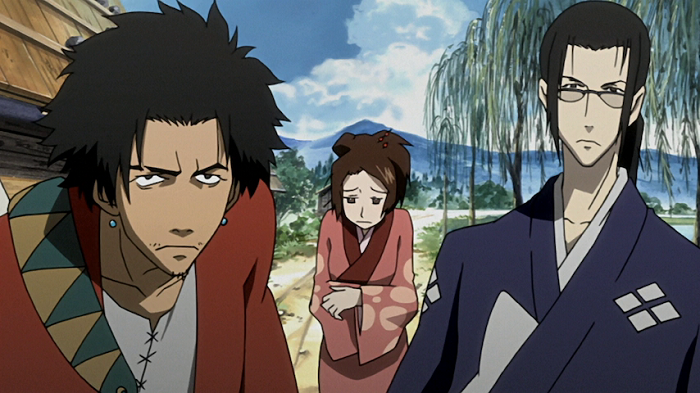 Through a battle of wits and an unlucky meeting with young Fuu, Mugen and Jin team up and fight their way through an Edo period Japan in order to get Fuu-chan to reunite with "the samurai who smells of sunflowers". The series has a great premise and the characters constantly leave you wanting more, but the best thing about this series are the fight scenes. Combined with an amazing modern day hip-hop soundtrack, each of the slices, hits, and bashes get more and more violent as the series continues on, dragging the viewer from the city to the country to a brothel and round again. 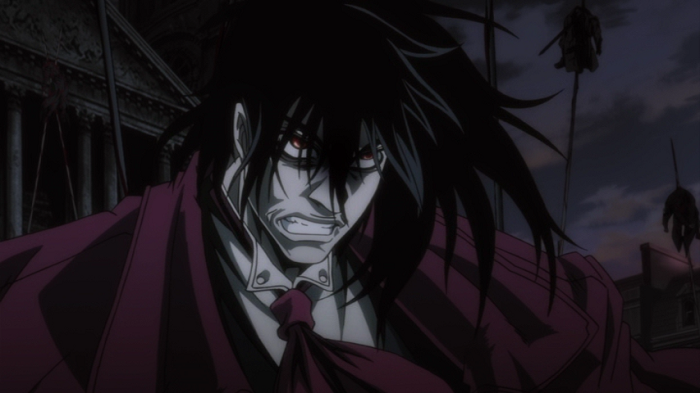 Eerie white smiles, constantly glaring eye glasses, and sadistic laughter send chilly shivers down the spine in one of the best violent anime ever created. The horror behind Hellsing Ultimate feels real mostly because you can never really get accustomed to the decapitations. The story follows Alucard, the Hellsing organization vampire, his comedic partner Seras "police girl", and his master Integra, as they rid the larger part of the United Kingdom of ghouls. Don't be fooled by the word "vampire". This one doesn't sparkle. In fact, from his first appearance on screen, his demonic presence, emphasized with a unique animated style, overshadows any light or shine in any room.

Fist of the North Star 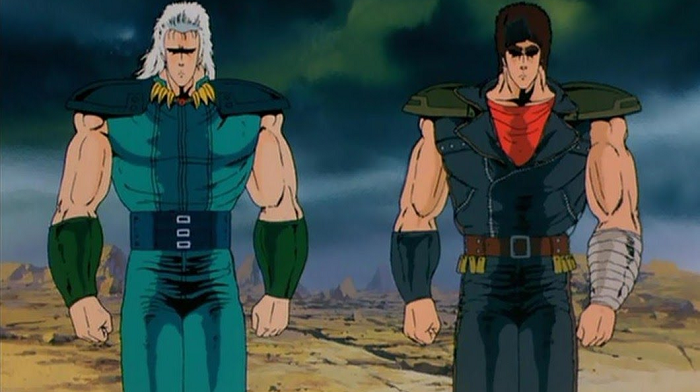 Fist of the North Star might be one of the more underrated series there is. The premise is pretty straight forward: fiancée gets kidnapped by rival and hero must do everything in his power to get her back. However, this shōnen finds new depth as protagonist Kenshirou is given new reason to create a balance in a post-nuclear world where priority is given to the strongest and the fittest, leaving the weak behind.
This classic 80's anime is by far one of the most violent anime, and certainly the manliest - especially when it comes to the bulging muscles ripping through clothes. There's a never ending stream of violence as Kenshirou actually inflicts a never ending stream of kicks and punches onto his enemies. 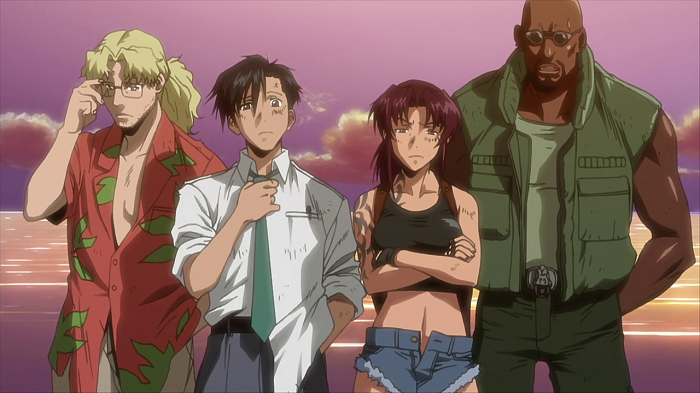 After being treated like a disposable pawn in the midst of a naval hijacking, regular office worker Rokuro "Rock" Okajima joins forces with the Lagoon Company mercenaries. The story follows the gang as they blast their way through missions focused in Southeast Asia. The series has everything from a gun wielding nun to sadistic murdering twins. Most of the more powerful shootout scenes are dominated by strong female leads who love leaving an exploding trail of dead bodies behind. The larger action scenes are backed up with a solid rock soundtrack, making it addictive to watch as well as one of the most entertaining violent anime series out there. 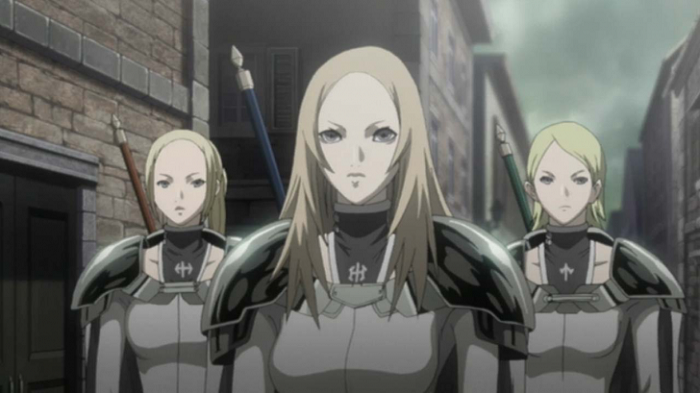 Claymore is set in a world where humans are not the top of the food chain - yoma are. Yoma are demon-like creatures that prey on humans and in some cases, can take on human appearance to disguise themselves. However, an organization created the perfect weapons of defense: Claymore - a half-human half-yoma female warrior named as such because of the heavy swords they carry to fight off the predators. In this series, Clare, our female protagonist, fosters a young boy named Raki after he witnesses the fall of his family at the hands of a yoma. She is but one of the many Claymore who exist to protect the land. Don't underestimate the ability of these pretty blondes with silver eyes. Their powers are real and should they release all of their yoma abilities, these "silver-eyed witches" could definitely destroy an entire town on their own. 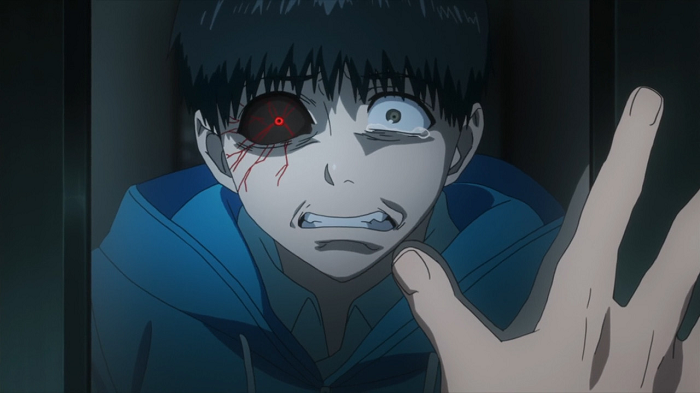 Welcome to Tokyo where ghouls run wild in the night lusting after human flesh. After a date gone awry, young college student Ken Kaneki is turned into a half-ghoul overnight, leaving him with a real existential crisis on his hands. Is it possible to live as a ghoul while holding onto his humanity? To add onto this, each ghoul has a Kagune, an organ that acts as their weapon or claws. That makes for very interesting encounters between ghouls and those who hunt them. This violent anime holds nothing back; from cracking bones, to innocent deaths and torture scenes, the blood and gore is enough to set yourself up for a lifetime of action. It also acts as a great psychological thriller if you are looking for a little more depth in such a dark twisted tale. 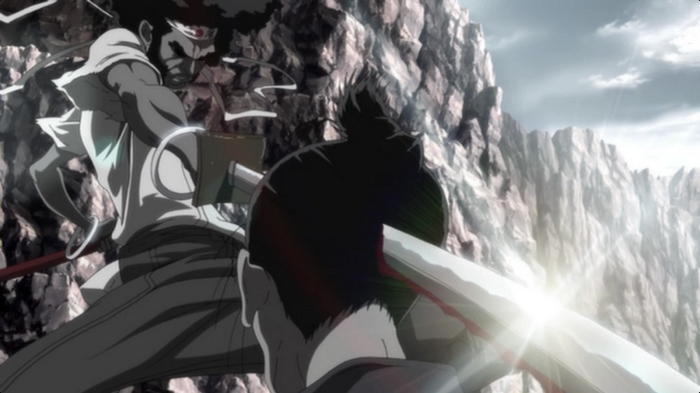 Afro is a cold blooded killer but not without his reasons. After witnessing his father's death first hand, Afro grows up thinking only of killing those who brought his life to a halt. He has no qualms when it comes to killing foes which makes for an interesting character. The fight scenes are much quieter in dialogue and vocals than those you would find in "Fist of the North Star", but their detail is so clear, the sound is so sharp that there is no reason not to get fixated or entranced by Afro's swordsmanship.