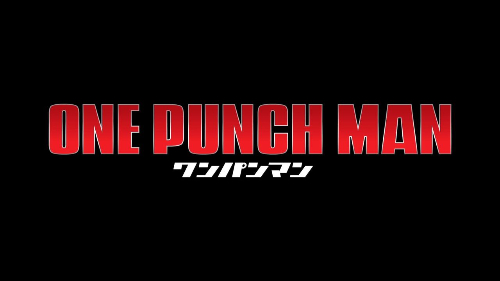 Being a hero is about so much more than strength (although being super powerful does tend to help). Many of the “heroes” in One Punch Man are self-centered, fighting not for humanity but for their own interests that happen to coincide with the destruction of monsters and other threats against the human race. A true hero must maintain the conviction and heart to fight for the right reasons, regardless of personal risk to themselves.

Here are the heroes that should be recognized not for their strength, but for their heroism and valiance.

Amai Mask is a man obsessed with beauty, often worrying about the public relations image of the Hero Association. While he does seem to have humanity's best interests at heart, his charisma makes his true nature and motives difficult to discern.

Snek initially hid from the terrible monster Deep Sea King, but he rose to the challenge and assisted his fellow heroes with fighting the beast once civilians were put in danger.

Tatsumaki, known by her hero name Tornado of Terror, is dedicated to the cause of defeating monsters and even seems to enjoy herself while doing it. However, her habits of being disrespectful, quick to anger, and not above using her powers to get a little payback do not exactly make her ideal hero material.

Lightning Max is one of the many heroes who stood against Deep Sea King and attempted to fight the terrible monster even after seeing the harm it was capable of inflicting on even his fellow heroes.

Spring Mustache wears the attire of a gentleman, even fighting with a rapier. His swordsmanship is often combined with the combative abilities of his best friend, the hero Golden Ball, and the duo make a point of hunting down monsters that could be too much of a challenge for a single hero to combat alone.

Golden Ball is as skilled with long-range combat as Spring Mustache is with close range, making them a deadly duo. He does have a bit of a problem with overconfidence, often underestimating opponents as a result, but will still fight to protect his partner and those around him.

PuriPuri Prisoner serves a jail sentence due to his tendency to attack other heroes with little provocation. While his morals are definitely in the grey area, he will defend humanity with all his strength in times of need.

Stinger was the first hero to fight against the Seafolk. He managed to cut through the monsters and greatly reduce the number of their army and even fought the Deep Sea King himself, despite his existing injuries and not knowing exactly what he was up against.

Atomic Samurai is likely the greatest swordsman in the world, with several other heroes acting as his apprentices. His personality is rather prideful, as he has stated he only acknowledges the strong (i.e. other S-class heroes), but he has a strong sense of justice and will fight monsters to his last breath.

Metal Bat may seem unimpressive at a glance, but he is one of the most devoted heroes. Hot tempered and with a spirit of fire, the only thing that could deter Metal Bat from giving it his all is the safety of his younger sister.

Tanktop Master is much more caring than his fellow Tanktop heroes. He cares greatly for his brothers and his fellow heroes, and has been shown to have a chivalrous nature, offering to fight powerful opponents even in the place of other heroes who are stronger than himself.

Genos is extremely serious but does become more relaxed as the series progresses. His power is extreme, but his cyborg body has a habit of being severely damaged against stronger opponents. He gives 110% in every fight, no matter how severe his injuries become.

Bang, also known by the hero name Silver Fang, is likely the oldest of all the heroes. Despite his age, he is one of the world’s greatest martial artists and ranks as one of the top S-class heroes for both his combat prowess and the warm heart hidden under his serious exterior. A prideful man, Bang will always do everything in his power to defend those incapable of defending themselves.

Saitama is the protagonist of our story and feels it is his duty to stop crime and protect the world from monsters and other threats. His physical abilities are unmatched thus far, making him the strongest character on Earth and possibly in the entire universe. Despite his great strength and goodwill, he does not always take his role as a hero very seriously due to his immense power.

One man stands above all as the most dedicated of heroes, and that man is Mumen Rider. This guy is literally just a dude on a bicycle. But despite more or less being a normal human being in a world of heroes and monsters, his resolve never wavers and he will fight for justice to his last breath.