Hetalia: The Game that Nations Play

The imaginative universe of Hetalia comes alive in its games. Characters assume the personality of real world nations. The mission is to get everyone together and gain a deeper understanding of the various cultures. A noble concept!

Hetalia is one of the most interesting anime shows in terms of its concept. Imagine you play the character of a country! Yes, a real nation, like Russia or the United States or England.

What began as a humble web comic has evolved into a pop-cultural phenomenon with both an anime series and manga collection under its belt. The setting is during the Second World War, and the main characters are the countries that participated in it. So you have the Allies (United States, England, France, Russia, and China) and the Axis powers (Germany, Italy, and Japan).

History In A New Light

The timeline of Hetalia shifts from World War II to other historical and cultural benchmarks of our time. What the show does really well is depict the specific characteristics of a nation through the character who portrays it. Japan, for instance, is shown to be a polite and hardworking character who is a bit of a recluse.

The imaginative world of Hetalia truly comes alive when depicting the historical and cultural milestones. The show adopts a lighthearted, humorous approach to proceedings that unfold in the form of social interactions and conversations the characters have with one another. A war is sometimes shown as a simple misunderstanding between two characters! 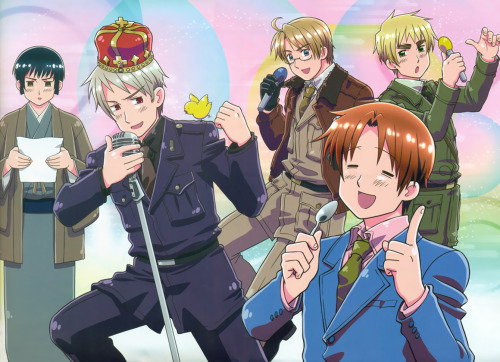 The approach the show takes makes Hetalia a very interesting series to follow and converse about on popular anime boards. The content makes it a relevant topic of discussion. 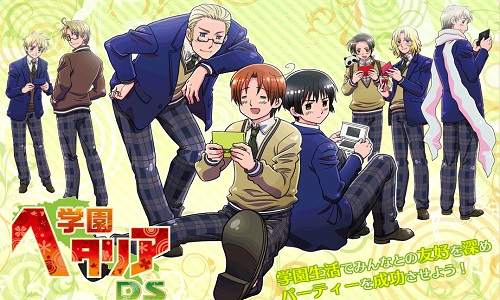 The popularity of the anime and manga adaptations of the Hetalia universe were, naturally, adapted to a game. It was a natural progression, considering the potential of the original idea. Think about it, you get to play a country who has to maintain the delicate relationship that often exists between countries in the real world. Game on!

Gakuen Hetalia’s plot revolves around a character (Seychelles) who is a new student at the multicultural school World Academy W. The character’s mission is to organize the academy’s annual party. A simple sounding mission, right? But when you consider the fact that all the other characters must be persuaded to attend the party, the game gets interesting. The objective of the party is to enable the various characters (countries) to gain a deeper understanding of each other's culture so that everyone can live in peace.

As a single player, Gakuen Hetalia is one of those games that allows the player to immerse themselves in the mission without the added distraction of interacting with a host of other online players. The look and feel of the game is more on the lines of the visual novel genre where the player clicks on the text box to forward interactions, and progress. 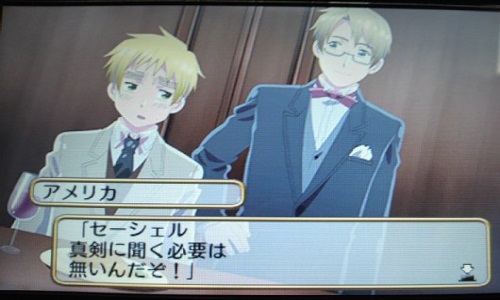 A juicy bit of trivia that fans of Hetalia may not be aware of is that the original concept for the game was that of a dating simulation concept where Seychelles would fall in love with one of the other characters. 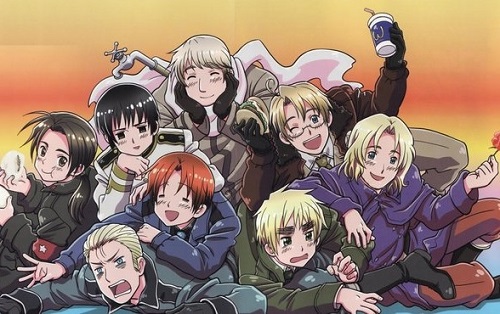 Watching historical events unfold in Hetalia’s universe is a whole load of fun. Don’t miss out on it.