Pokémon GO: The Next Big Thing?

The gaming industry is shaped by innovation and gimmicks.

Innovation is the lifeblood of the industry - new features and technologies are needed to aid in the evolution of gaming. Gimmicks, on the other hand, seldom stick around for long as gamers either tire or see through their facade. These tend to be those over-hyped games, gaming systems or peripherals which fizzle out and die after a short period of time, no doubt leaving many gaming companies in tears!

So where does the current mobile hit sensation, Pokémon Go, stand in this regard? Well, it's still too early to tell if Pokémon Go is revolutionary enough to leave a long-lasting impression in the industry, or whether it will wither into obscurity within the next couple of months or years.

What we do know is that folks from all sorts of backgrounds - gamers and non-gamers alike - are going wild for Pokémon Go right now!

You've Got Augmented Reality in My Pokémon 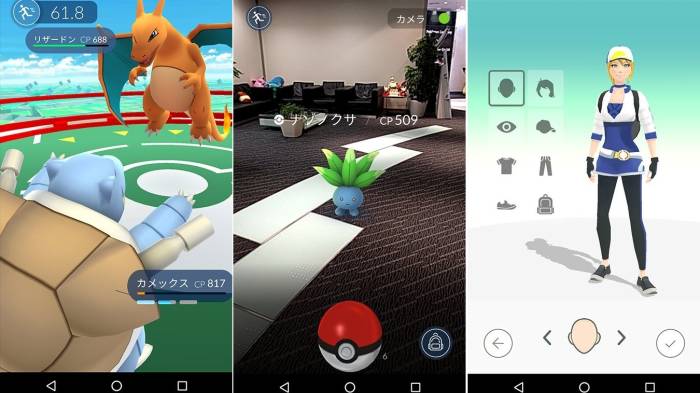 Any longtime Pokémon fan knows that the series was made by the small Japanese developer, Game Freak, and published by Nintendo. The Pokémon games followed a classic Japanese RPG structure, with roaming towns, talking to NPCs and turn-based battles as key elements. However, the main draw of the Pokémon games is the fact that you battle, collect and train cute monster characters - Pikachu, I choose you!

Pokémon Go on the other hand, was developed and distributed by Niantic, which is a US mobile developer based in San Francisco. Another significant change is that this Pokémon game was released on Android and iOS mobile devices and not on a Nintendo gaming system as one would expect. The Pokémon Company, Nintendo and even Google have a vested interest in Niantic, with licensing and other contractual agreements in place. Nevertheless, Pokémon Go was definitely designed to take advantage of Niantic's augmented reality technology and know-how in this field.

Augmented reality is basically a method of superimposing or augmenting digital data over real-world environments, which are captured through the mobile phone camera. Niantic's technology goes a step further, and uses the GPS data of the mobile user to determine where the player is located in relation to the various Pokémon monsters, globally. 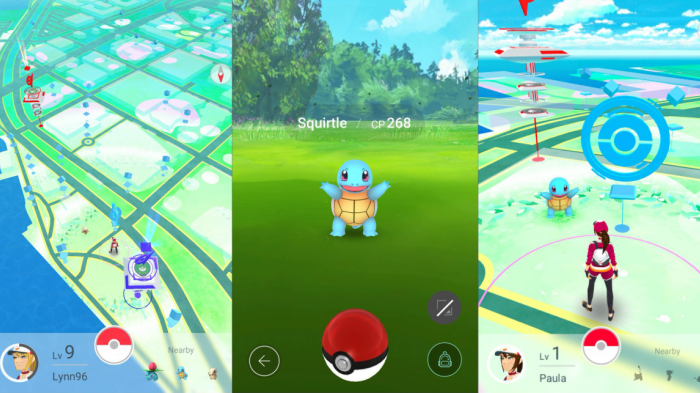 The Public Response to Pokémon Go 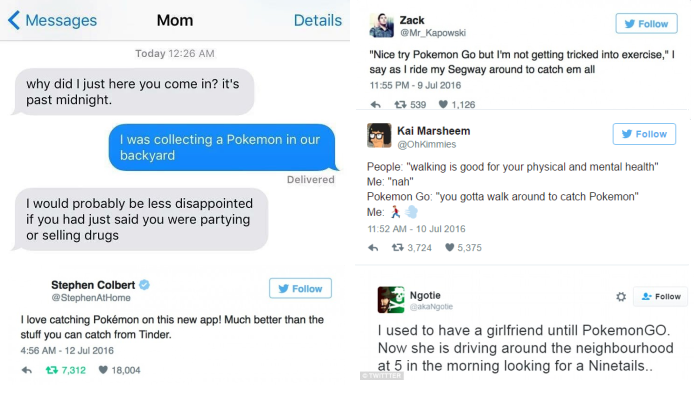 Let’s face it. Anything with the Pokémon logo slapped on is, bound to be hugely successful. Even if Pokémon Go retained the stock JRPG structure of its forebears, it would still be downloaded like gangbusters!

Niantic’s augmented reality take on the Pokémon franchise does provide both novelty value, and a unique experience. Perhaps, it’s the fact that it encourages people to go outdoors and to socialize with each other. Games do get a bad rep for keeping kids indoors, playing in isolation, and are often blamed for rising obesity figures. Pokémon Go is noteworthy for somewhat reversing this trend. Many people have taken to Twitter to let the world know about some of the lifestyle changes they’re experiencing ever since this title was released.

It’s good to see that more folks are spending time outdoors, and enjoying Pokémon Go - one of the more family-friendly games out there. Unfortunately, some nefarious types are taking advantage of this and preying on younger children. Therefore, it would be wise to be cautious and lookout for younger family members when playing Pokémon Go in a public space. 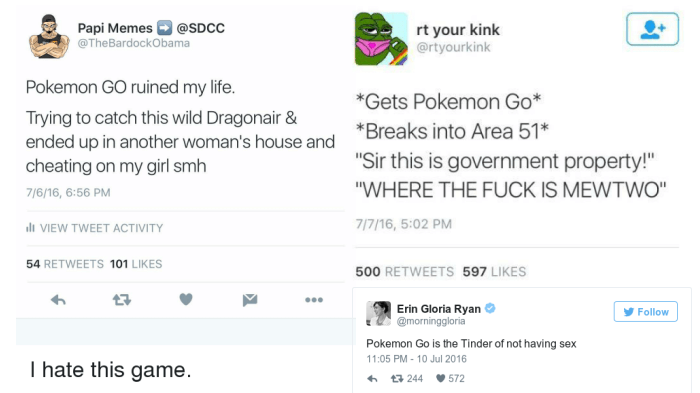 Hey, it’s not just the Twitterverse that’s going nuts over Pokémon Go! In fact, the entire internet is in complete meltdown and that includes the most popular video-sharing site in the solar system – YouTube!

PewDiePie Pokemon Go Gameplay
If PewDiePie isn’t your cup of tea, and you’d prefer a more in-depth analysis of Pokémon Go then you should find Jim Sterling’s video quite insightful. Video game fans and Steam users should be aware of him as a popular game journalist and critic (a rather controversial one at that). 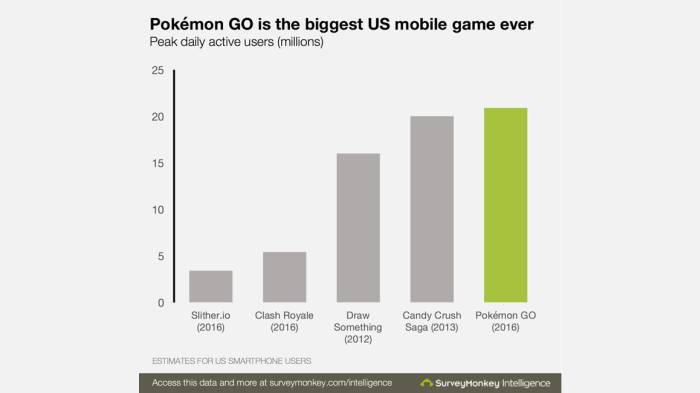 Numbers don’t lie, and if we look at the download figures of Pokémon Go which are currently sitting at just over 75 million, we can only assume that this is a hit of ginormous proportions. Will those figures continue to climb? Most likely, the momentum is certainly there. 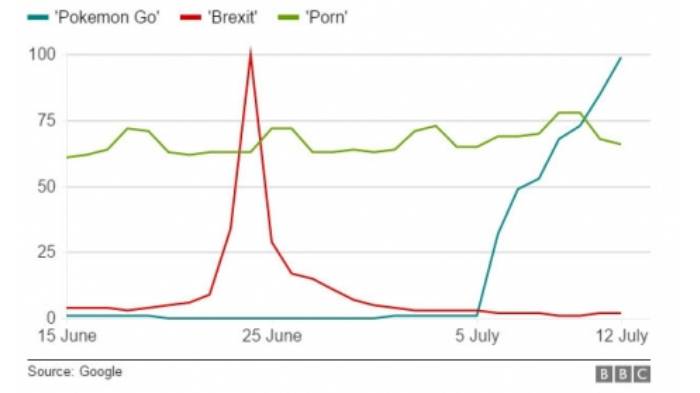 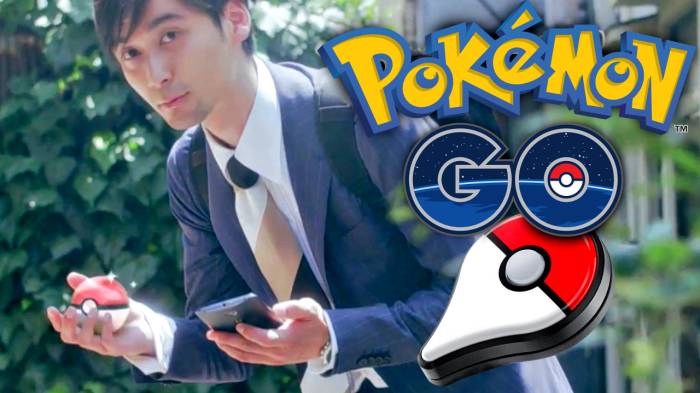 There’s no denying that Pokémon Go has made a huge impact on the mobile gaming landscape. It’s certainly one of those titles that is right up there with Angry Birds, Flappy Bird, Fruit Ninja, Clash Royale, Candy Crush, Slither.io and Clash of Clans in the popularity stakes.

Pokémon Go managed to attain significantly more mainstream appeal than the already popular Game Freak titles. This is understandable if we consider that it’s a free title, and the massive user base of Android and iOS devices.

If we had to boil down its appeal to one thing, it's that everyone gets to be Ash Ketchum in real life. Instead of sitting down and watching a little animated pokemaster run around for you, this time you're the one actually doing the exploring and capturing. And that may be the biggest reason why Pokémon Go is such a huge hit!