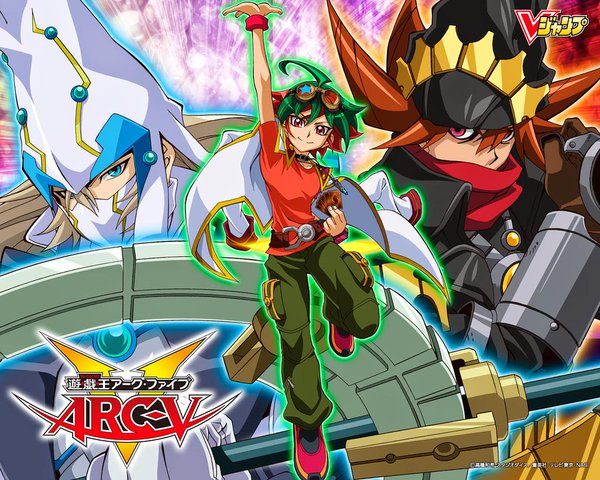 The opening of Yu☆Gi☆Oh! Arc-V, like many anime shows, serves as an introduction to the series and its characters. For new audiences, it is a first impression. For existing audiences, it's the “changing of the guard” as old openings make way for the new allowing viewers to see new characters and concepts before their actual appearance in the show.

As the first opening of the series, "Believe X Believe" is the audience’s first taste to what Yu☆Gi☆Oh! Arc-V will be like. The opening features main protagonist Yuuya Sakaki and his powerful monsters the Performapals, the Magicians, and his ace card, Odd-Eyes Pendulum Dragon. Yuuya’s enthusiasm and silliness serve to portray his personality as a Dueltainer, a Duelist who seeks to entertain audiences and make them laugh while playing against his opponents.

Openings of the anime progress as the shows do, and Yu☆Gi☆Oh! Arc-V is no exception. As Yuuya and his schoolmates enter a major dueling tournament, this opening is updated to show their opponents as well as their new monster cards. Yuuya’s Odd-Eyes Pendulum Dragon is shown working alongside him and his rivals Reiji Akaba, Yuuto, Yuugo, and Shun Kurosaki are also portrayed with their own ace monsters.

The heroes have assembled and are now a team known as the Lancers, ready to stand strong against the villains who seek to destroy them and their homes. Each character is ready to fight with their ace monsters, as in the previous openings, and Yuuya’s newly empowered Odd-Eyes monster is shown using its upgraded abilities against Yuugo’s own dragon. This opening also features a familiar character for fans of previous Yu☆Gi☆Oh!, appearing as a silhouette alongside a powerful dragon of his own.

Riding Duels (Turbo Duels) have made their resurgence and the Lancers are ready to take to the riding circuit, dueling on motorcycles. Forced into another tournament in a strange new city, the Lancers will now have to use all the abilities they have and all the new skills they can muster to win. This free-spirited song gives viewers a light-hearted feeling, but the visuals allow audiences to know that more is happening behind the scenes and that the battles will be raised to all new stakes!

Can You Feel the Power

The single English opening has a fairly light feel to it, clearly aiming to appeal to the younger audiences that the American version of the anime is aimed at. Whereas the Japanese openings have feeling behind them and a deeper meaning, this version begins with a few scenes from the Believe X Believe opening and then shows many random scenes from the first few episodes, mostly of monsters attacking and other scenes where characters are in danger.

Whether or not a television show is good is largely determined by the soundtrack. Music sets a show’s pacing and gives us hints at what will happen next and what the characters are feeling. Yu☆Gi☆Oh! Arc-V’s openings have done a great job of that so far and are sure to keep at it with future openings.