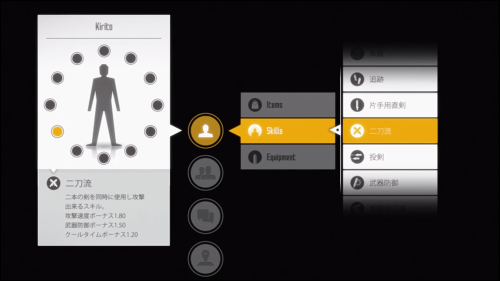 Players that enter the world of Aincrad are met with vast maps filled with choices and destinies that they are to unfold on their own. In Sword Art Online, players gain levels over time, and eventually learn new skills for themselves. Most skills take high levels to master. There are many types of skills in Sword Art Online, but they all branch off of a few categories: Support Skills, Combat Skills, Weapon Skills, Sword Skills, Extra Skills, and Unique Skills. 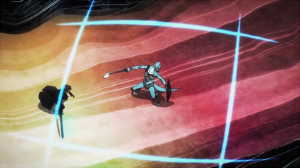 Sword skills are combat movements that are learned through experience with a weapon. Whenever they learn the skill, the computer will take over their avatar and complete the skill in a fast motion. After learning the new skill, players are put in a state of vulnerability where they are more liable to counter attacks, and the more level the skill requires, the longer they are vulnerable. Whenever a skill is used, there is a certain cool down period before the player can use the attack again.

There are different skills to be learned depending on the different type of sword that is being used, but the basic moves tend to be the horizontal, vertical, and slant slashes. These can be preformed simply by moving the single-handed sword in a specific direction.

Extra skills have unknown requirements, and usually only ten people in the game are granted the ability to use these skills. There are only few known extra skills that people have managed to uncover, such as the Katana, Martial Arts, and Meditation skills. For example, the Katana skill set is found when the player trains using the curved sword. 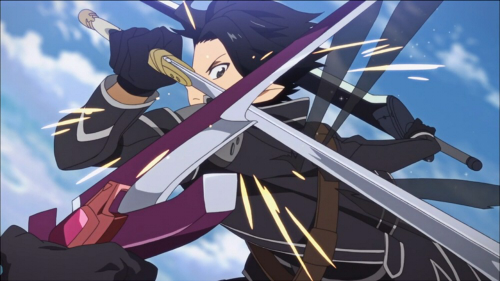 Unique skills, however, are skills that are only known to belong to one other user of the game. Just like Extra skills, the requirement to use these skills are generally unknown, although a few have been uncovered. Most of them have to deal with the physicality of the player, such as the Dual Blades skill, which goes to the player with the fastest reaction time. 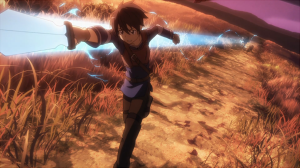 Combat Skills allow the player to have different actions that they can use in battle. These skills range from Parry and Howl, to having the right to use Leather Equipment.

There are lots of skills that haven't even been uncovered yet, and still a lot to learn from the series alone. In time, maybe we will learn about all of the skills that the series has to offer!