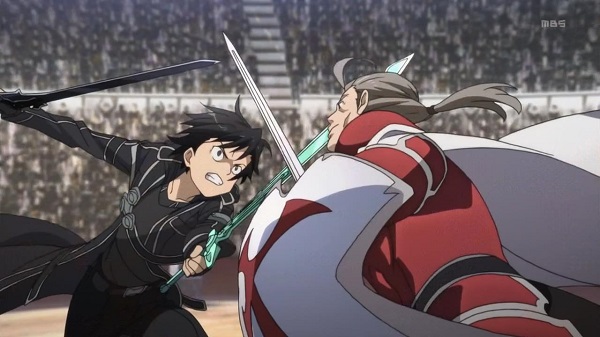 Sword Art Online is set in a virtual reality of MMORPG, where thousands of gamers have been locked out of the real world. In order to exit the game and get back, they have to defeat the final boss. Unlike a typical gaming scenario, players killed within the virtual universe would also die in the real world. Left without a choice, they forget about their previous routines and dive into the world of flashy blades, deadly spears and razor-sharp knives. Below are the most prominent weapons used by Sword Art Online characters! 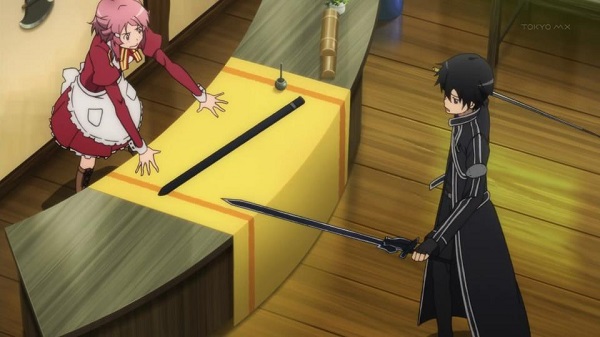 Elucidator is a single-handed powerful sword that serves as Kirito’s primary weapon in Sword Art Online. The sword is entirely black except for the a silver outline along the edge. According to the blacksmith Lisbeth who crafted and boosted it to +40 for Kirito, it is one of the best magic swords one can get from a monster drop. Forged out of high-quality obsidian, it has a sharpness and balance few weapons can rival. 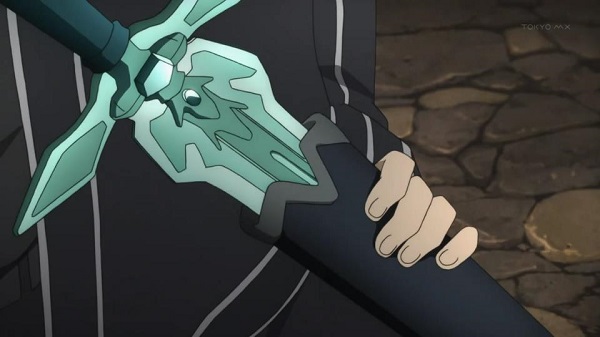 Dark Repulser is a slender and maneuverable sword used by Kirito. The blade has a unique deep aqua color that has an almost mystical glow when light bounces off it. When used in darkness, this natural phenomenon can put fear into the hearts of Kirito’s enemies. It was crafted by a blacksmith named Lisbeth from the very high-grade material Crystallite Ingot, which is harvested in the X'rphan, the White Wyrm's nest on the 55th floor on the Western Mountain. The White or Frosty Dragon that lives there eats crystals and digests them creating a rare mineral that’s formed inside its stomach. In other words, the high-grade Crystallite Ingot is actually the dragon's excrement! 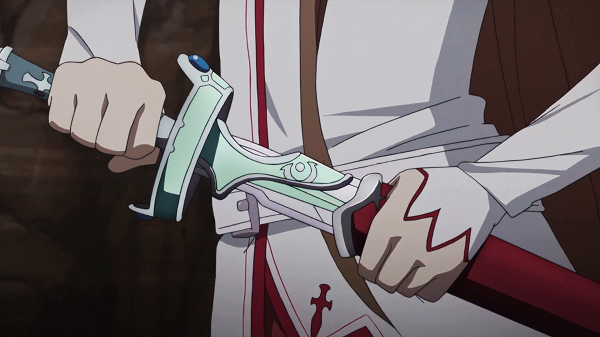 Lambent Light is a single-handed rapier owned by the female protagonist Asuna. Its round hand guard design bears the mark of blacksmith Lisbeth who is capable of forging this kind of quality craftsmanship only once every three months. Lambent Light is a slim and exceptional thrusting weapon that helped Asuna to earn the nickname ‘The Flash’. Used in many battles, it had been fully mastered to the maximum level of proficiency and skill. 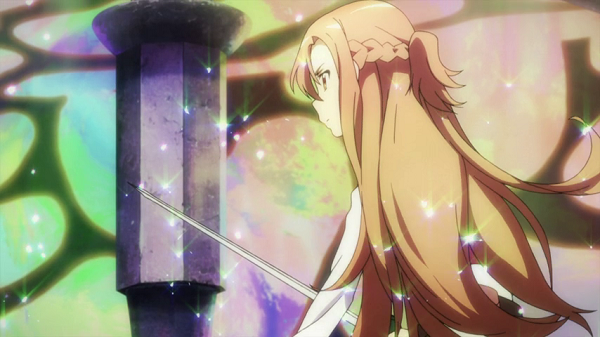 Wind Fleuret is portrayed as a thin sword with a blade’s length of 41’’ and a dark-green hand guard. Obtained by Asuna after defeating the First Floor Boss, it can be used for thrusting, slicing, jabbing and slashing. Though Wind Fleuret increases the accuracy of the holder, it does not deal much damage and is easy to destroy. Upon activation of a skill, it produces a bright glow that disappears after the execution of a skill. Thanks to Wind Fleuret’s versatility, Asuna managed to take down many beasts and level up at an incredible speed. 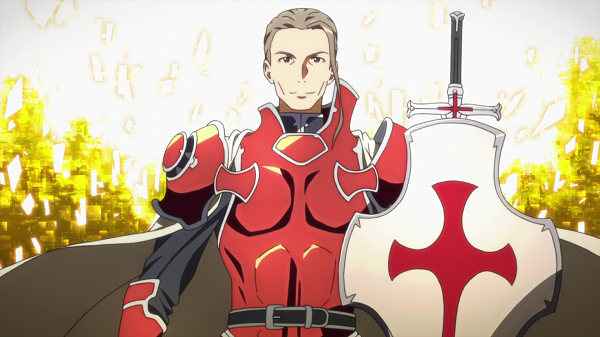 Liberator is a combined weapon consisting of a single-handed straight sword, and a tower shield crafted in a silvery metal, decorated with red crosses. When not in use, the sword is stored in the cross-shaped shield that also functions as a scabbard. This powerful set is possessed by Heathcliff, the leader of the cleaving guild ‘Knights of the Blood’, who can freely switch between impenetrable defense and fierce offense. The Liberator’s shield is sturdy enough to easily withstand heavy blows from monsters several times bigger than Heathcliff. It is not only used for deflecting incoming attacks, but also for hitting the targets by taking advantage of its pointed end. 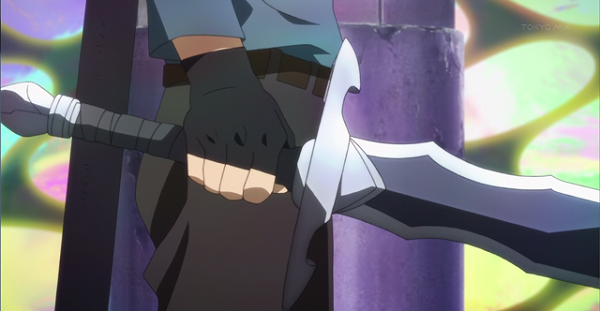 Anneal Blade is a single-handed sword initially obtained by Kirito as a reward for the successful completion of the quest 'Secret Medicine of the Forest'. It is a swift and easily manipulated weapon that helps its holder to survive long enough to get a better sword. Upon upgrading it, Kirito was constantly asked to sell it, but refused and used it during the fight with The First Floor Boss. 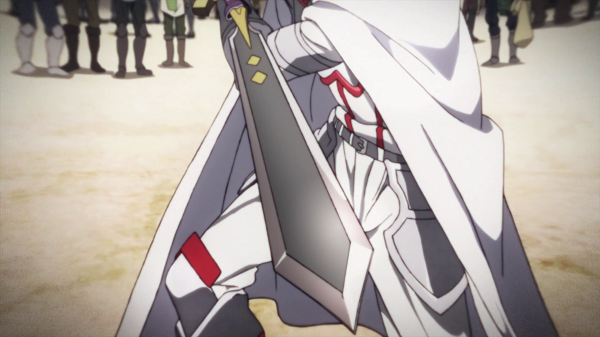 Tyrant Dragon is a two-handed straight sword that served as a primary weapon for Kuradeel, a member of the cleaving guild ‘Knights of the Blood’. Despite being expensive, it lacks durability and therefore can be easily broken. 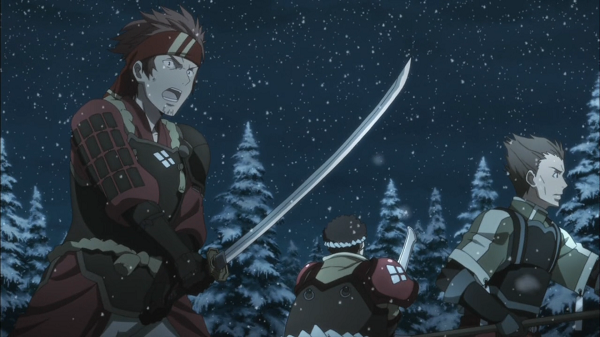 Karakurenai is a curved katana owned by Klein, the leader of the cleaving guild ‘Fuurinkazan’. The curvature makes its handling different from most of the other swords the Sword of Art Online characters are likely to encounter. Enhanced by the ‘Curved Sword’ skill, this weapon is perfect for slashing and slicing the enemies into pieces. 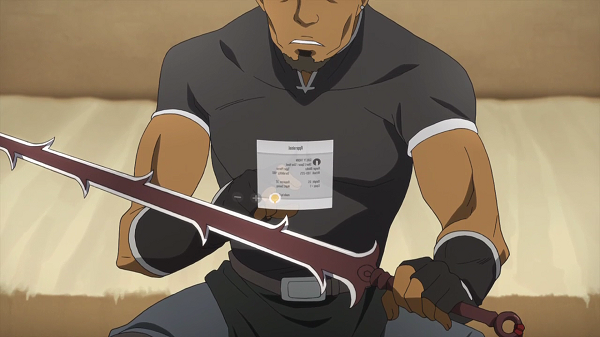 Guilty Thorn is a murder weapon forged by Grimlock, the former member of the cleaving guild ‘Golden Apple’. This brown-colored sword with a serrated blade was used to fake the death of one of the players trapped in the gaming universe. 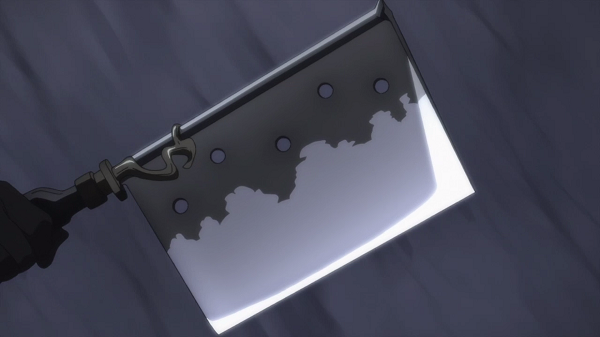 Mate Chopper is a powerful weapon owned by PoH, the founder of the guild ‘Laughing Coffin’ and one the darkest players in Sword Art Online. Although classified as dagger-class weapon, it has a strong resemblance to a large kitchen knife due to its rectangular shape and reddish-black blade. It is rumored to be able to pierce through the full-plate armor without any difficulties and is known by its name ‘Demon sword’.

The action is hands down the best part of Sword Art Online. If you like to watch epic battle scenes that make your heart pound, you should definitely check this series out!