Let's party at Celty and Shinra's apartment! Cool hip celebrities are attending and they're even giving away free cats! Plus a bonus lesson on lock picking from a certified expert. This and more in the latest Durarara!!x2 Ten episode. 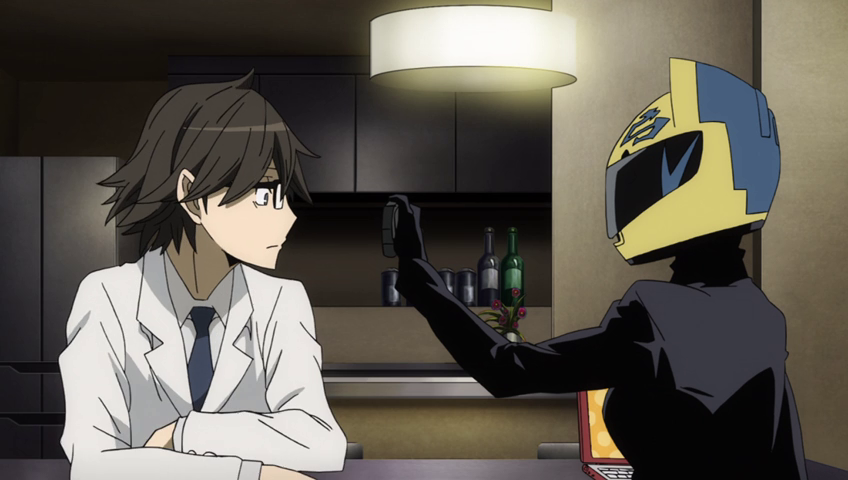 For a couple consisting of an underground doctor and a headless Irish fairy who acts as a courier for shady business deals, it's a little surprising that Celty and Shinra's little apartment in Ikebukero has become a party destination. Last season we had a bunch of people show up to learn how to do some baking and enjoy a delicious hot pot. A hot pot apparently so tasty that it made Izaya jealous. They implied last season that his latest misdemeanors were simply him being an attention seeker so they would invite him to the next hot pot party. This season we have the entire crew show up for an impromptu cat shelter chat, gossip about online forums, and a hiding place for idols trying to escape the less savoury parts of her profession, and I'm not just talking about stalkers. 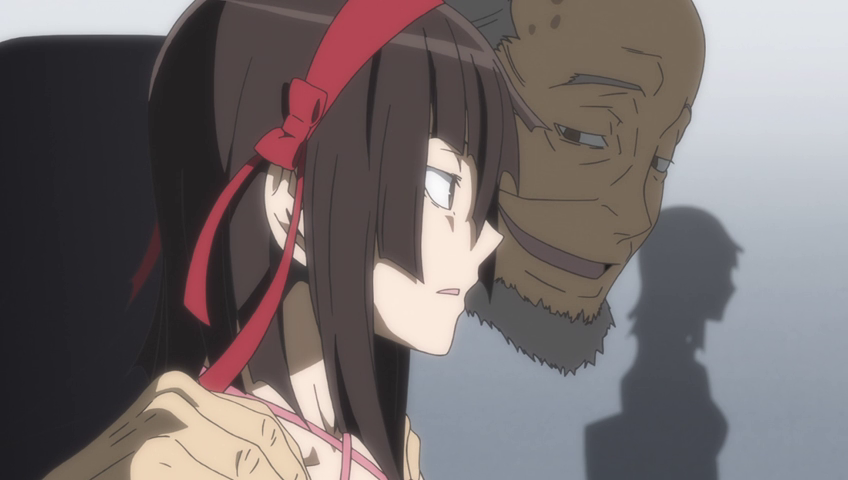 You want to really creep yourself out? Take an afternoon off and go read a little on the shadier sides of the idol industry. Information is limited and comes from second, third and even fourth hand sources thanks to Japan's minimal culture of investigative journalism, but what you have already heard about getting ahead in the western entertainment industry applies here. For every successful idol there are hundreds and thousands of idols whose agents are doing everything they possibly can to convince bigwigs at entertainment companies to feature their idols. Yes I'm talking about sex. Underage sex at that. Which this episode of Durarara quite obviously draws some parallels to. Between the old guy putting his hand on Ruri's shoulder in an uncomfortably close way causing her to flinch, to sordid photos being traded underground with an Eyes Wide Shut vibe going on. All right, it's actually about Ruri's immortality, but the imagery was pretty blatant and it gave the episode a scarier tone that I wasn't really expecting Durarara to cover. 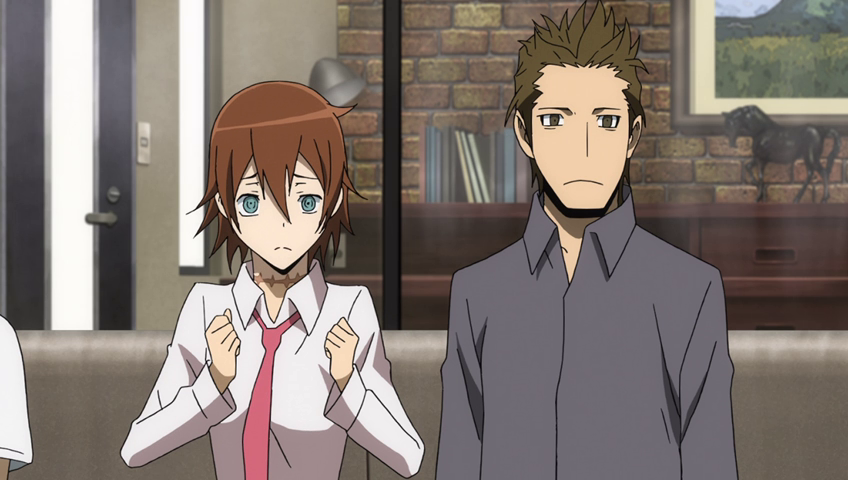 Although Durarara did cover that area, I don't expect it to try tackle the problem or provide solutions or make any statement. That's just never been in this show's wheelhouse. It's something that took me a while to get used to for Durarara. It tells stories about weird and sometimes broken people. Relationships formed over the course of the series are often not healthy. Celty and Shinra's was formed on the back of lies. One relationship involves a stalker pretending she has transplanted the severed head of a fairy onto her neck to get the object of her affection to pay attention to her. The Yuhei and Ruri couple is a serial killer finding solace with a man who struggles to show any emotions. You could even throw Varona's newfound fascination with Shizuo as being not a terribly healthy one either. Durarara does not judge. It's merely here to show these stories and lets us make our own minds up whether these people made the right or wrong decisions or not. 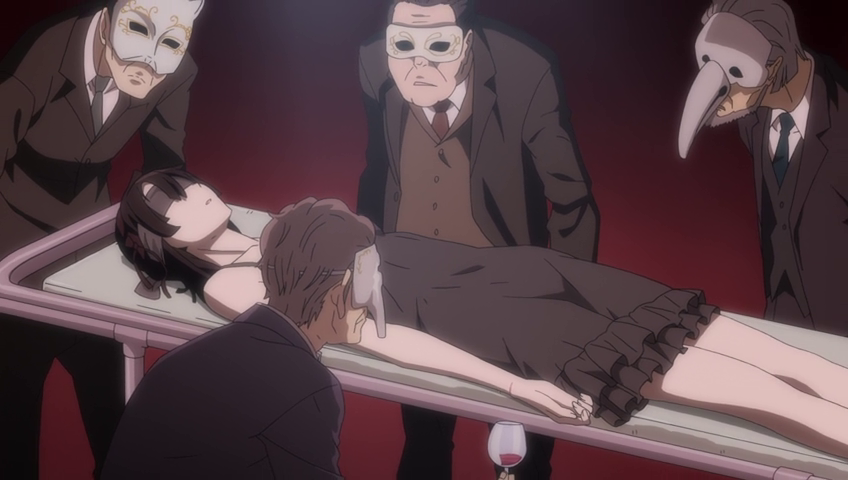 It is probably worth saying though that I don't think this new stalker guy will come around to the "good" guys' side. If there's one thing anime has taught me it's that if you're going to be an important character, you have more thought put into your character design. It's like when the main character walks into a classroom and you know who are the important ones straight away because they're the ones with the more elaborate character designs. This stalker is simply a pawn for this mysterious creepy old guy. The same guy who ordered the attack on Izaya if I have my creepy old guys of Durarara spreadsheet correct. Yodogiri Jinnai, the most dangerous person in Ikebukero. The kind of person even Shinra's wacko dad says to keep clear of. The one person who can actually get one over on Izaya. Things are finally moving in Durarara. Main characters are being attacked. It's all starting to get real.