Tales of Zestiria the X is an adaptation of the latest game in the Tales series. The story centers around Sorey, a human who has spent his life isolated from human society, as he journeys to discover the world outside his village and fight hellions - monsters born from the negative emotions of the world. 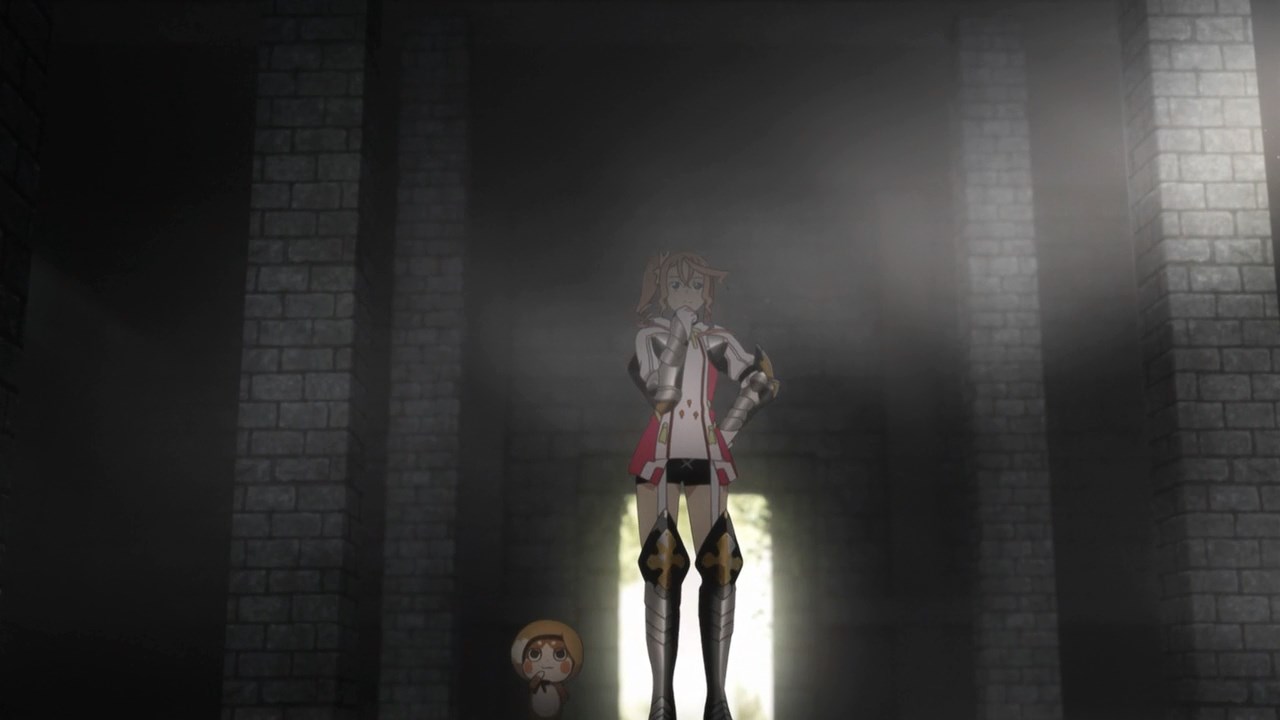 Now I know I said the story centers around Sorey, but much of the first episode focuses on Alisha. She is a knight who runs into Sorey while desperately searching for help from the seraphim - magical beings of the world invisible to normal humans - and the Shepherd - a legendary human destined to save the world. We open with some exposition from Alisha as she explores the ruins with the tiny mascot character pictured above (called a normin) to entertain the people who played the game. Honestly, it's the reason I paid attention to this scene. 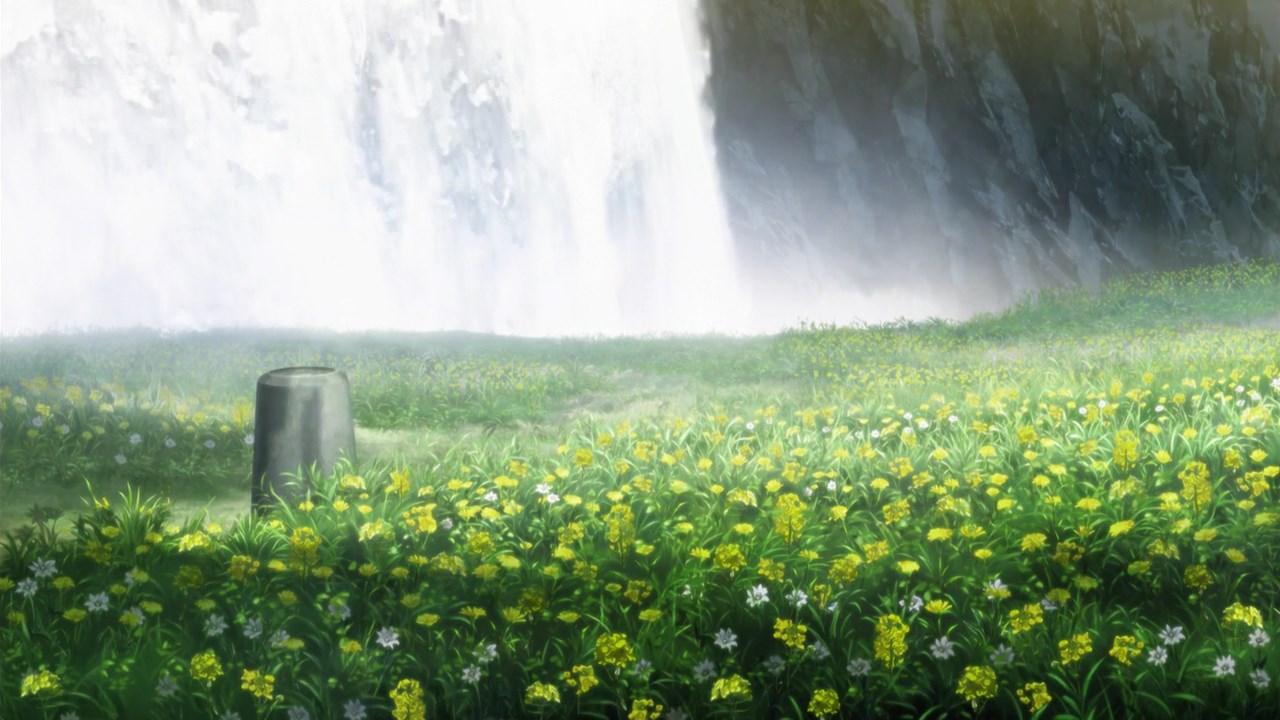 Much of this first part of the episode is "extra content" added to provide context to what happens in the game. I don't think it really contributes much in a story sense, but it does give you extra time to get acclimated to the environment and the soundtrack (and I definitely love the soundtrack). 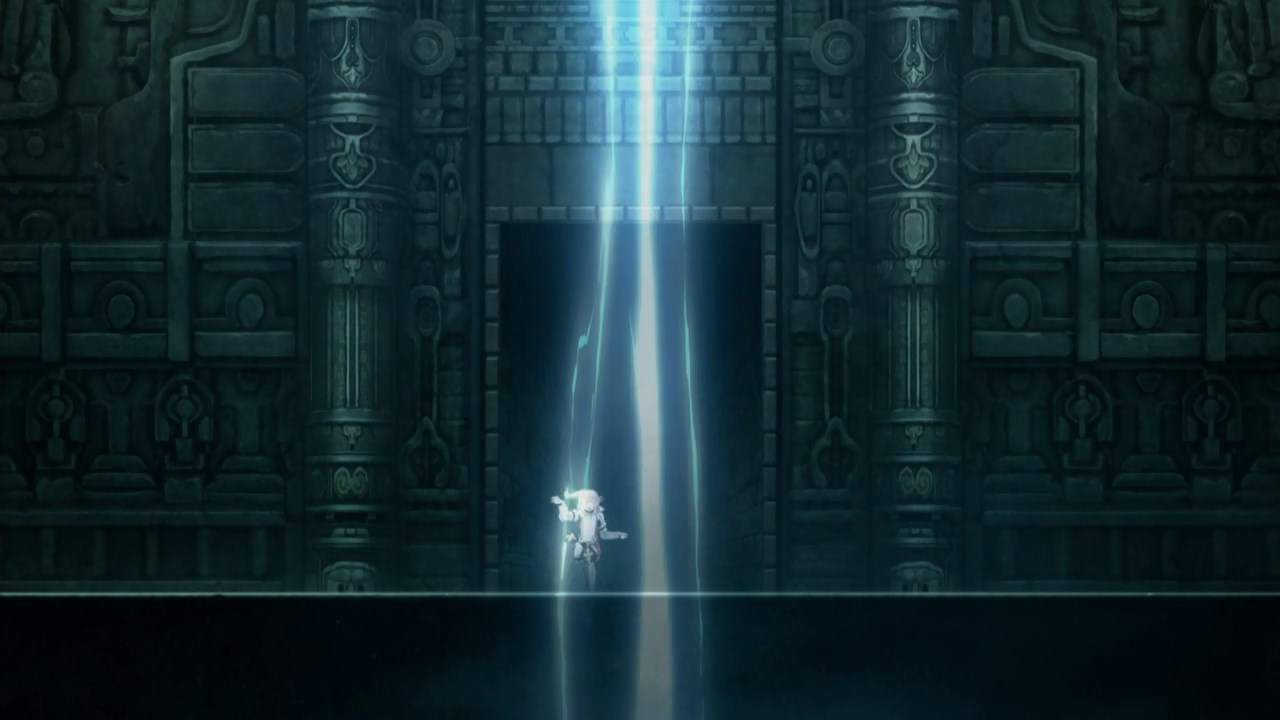 I really have no idea why Alisha decides that it's a good idea to run straight at the magic lightning.

The second half of the episode gets more tense as magic lightning starts to bombard the ruins. I guess this entire scene is a mechanic used to get Alisha and Sorey to meet. 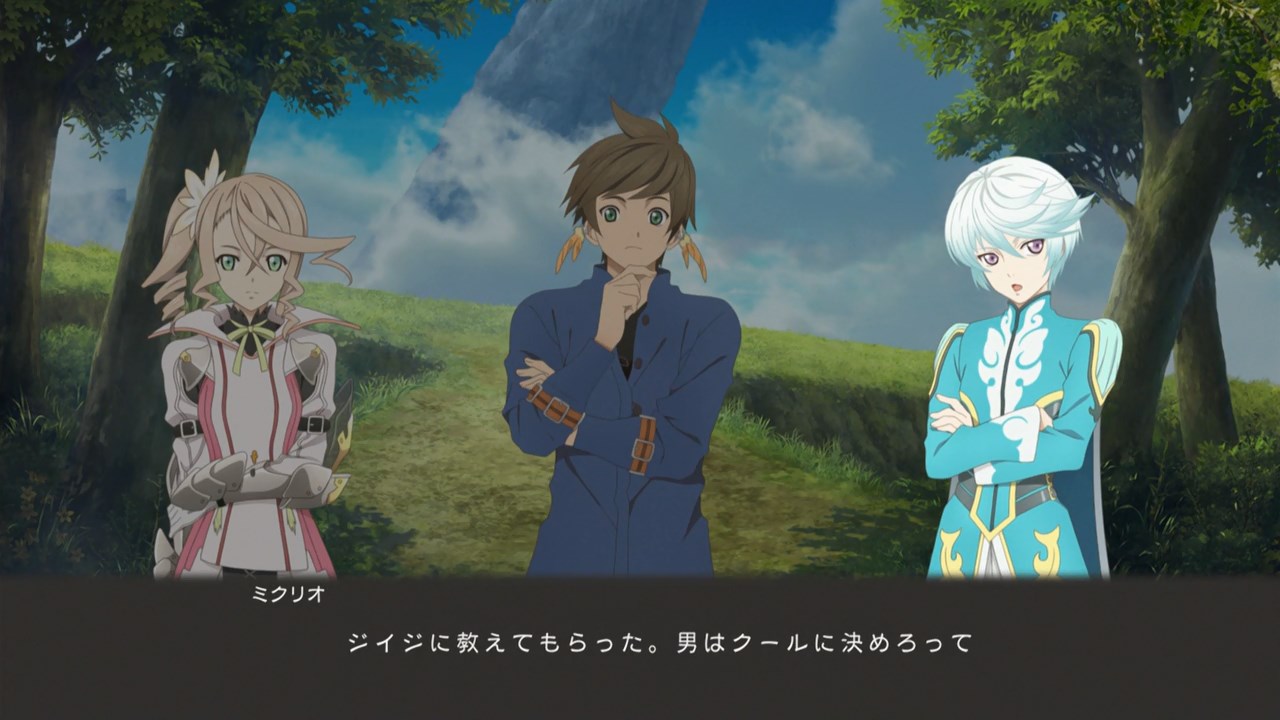 In all, I think the first episode of Tales of Zestiria was promising. Many of the scenes suggest that the studio may be trying to move away from the story of the game (which many people criticized) while still maintaining elements of the game that people enjoyed. One example of that would be the skits used in the previews, which are taken from a game mechanic used to deliver extra dialogue while you're roaming around in the game. It's definitely integrated really nicely into the show.

That does it for my impression of Tales of Zestiria the X. If you liked my article, be sure to check out my blog for more.