Classes and Races - Blade and Soul

Blade & Soul is a martial arts MMO that's about to make its move to NA and EU. Have a look at the classes and races you'll be able to choose from, and the characters that appear in the anime!

Blade & Soul is a martial arts based massively multiplayer online role-playing game (MMORPG) made by Korean company NCSoft. The game has been very popular in Asia since its launch in 2013, and there's even a Japanese anime based on it! Blade and Soul will be making its way to the NA/EU territories in 2016, to a lot of excitement. Here's a little bit about each race and the classes and the playstyles they can choose, in addition to the anime parallels. 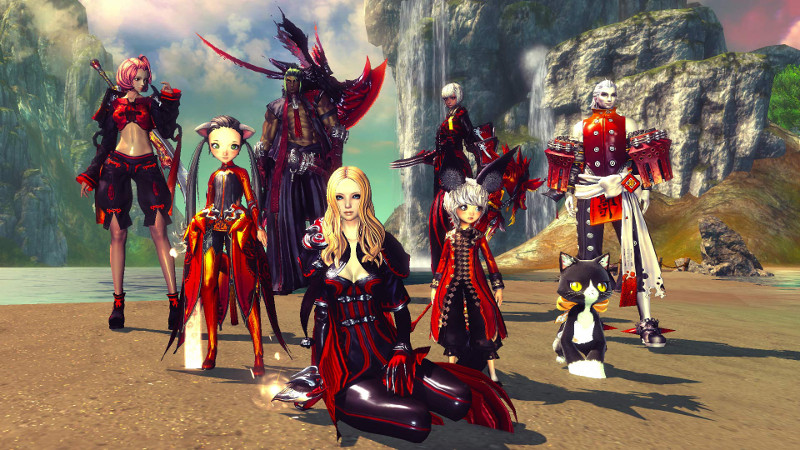 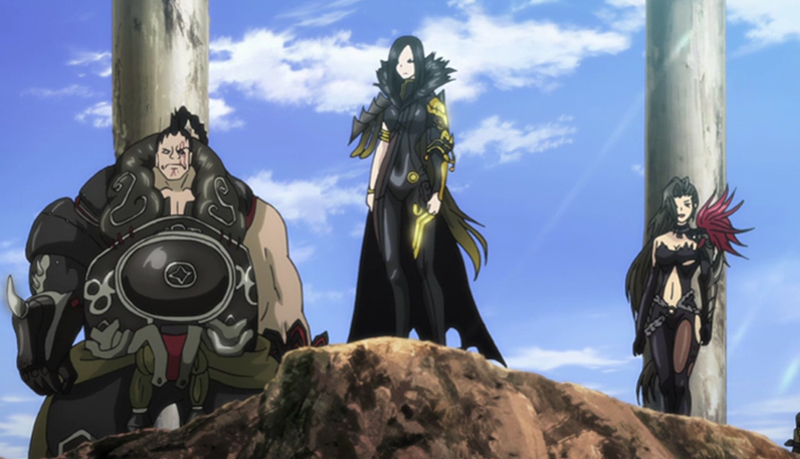 The Gon race are built large and value physical prowess above all else. Their size and temper reveal a deep commitment to strength and power. Gon can become Destroyers, Kung-Fu Masters, and Force Masters. Gante from the anime is almost certainly Gon. 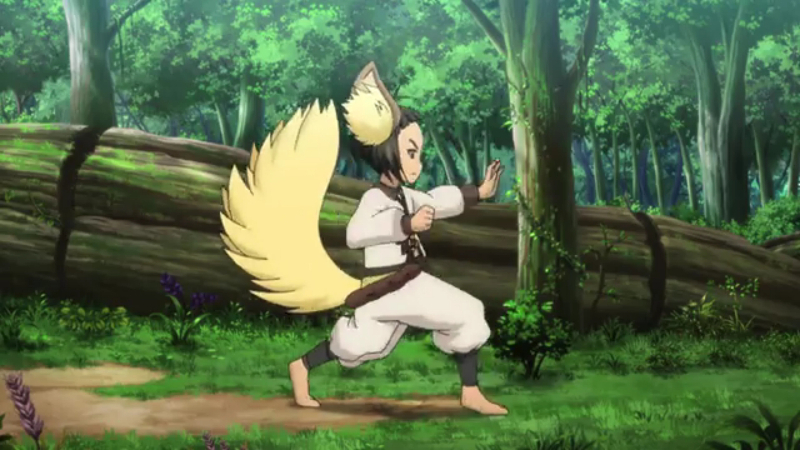 The Lyn have large ears and animal-like tails because they are descendants of animals of legend. They are able to converse with the spirit realm, and are known for their unpredictable nature. Lyn can become Summoners, Force Masters, and Blade Dancers. Yuu from the Blade & Soul anime is a Lyn. 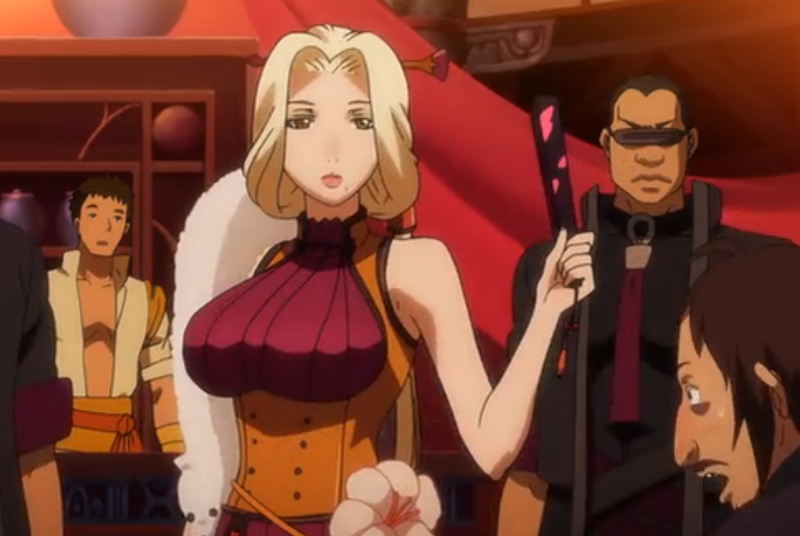 The Yun are a purely female race that use the planet as a guide. They pride themselves on their attunement to nature and its rhythms. The Yun are renowned for their artistry and creativity. Yun can become Force Masters, Blade Masters, and Kung-Fu Masters. The anime never says specifically, but it's likely that Karen, the proprietor of the Tomon Inn, is Yun. 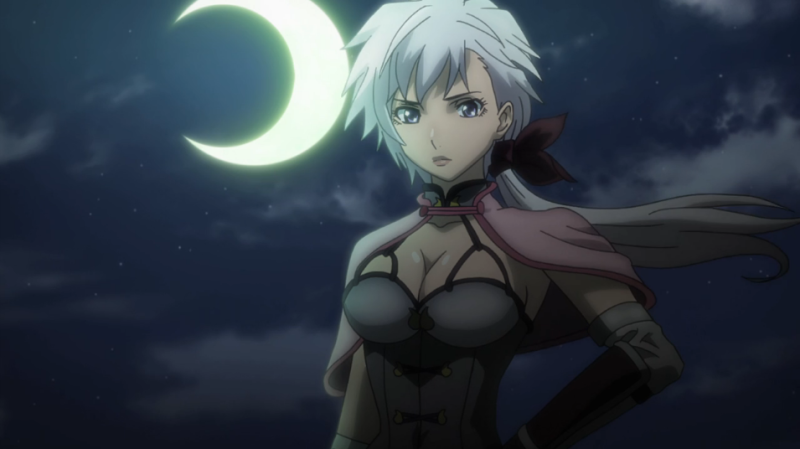 The Jin are physically ordinary and not likely to draw attention. What makes the Jin famous is their perseverance in the face of any odds. The word Jin actually means “Unyielding Effort” in the ancient language. Jin can become Assassins, Blade Masters, and Kung-Fu Masters. Alka from the anime adaptation of Blade & Soul is almost certainly Jin since she is an Assassin.


Now that we've met the people of Blade & Soul, let's see what they can become. 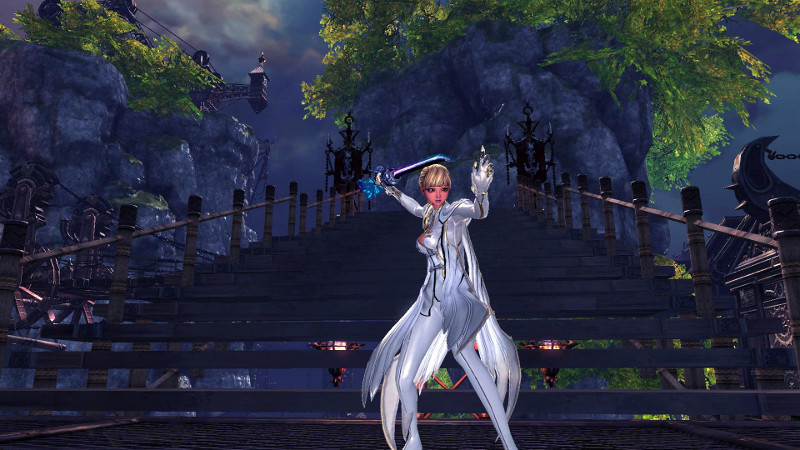 The Blade Master is a warrior type class that, unsurprisingly, specializes in sword techniques. They doesn’t have very high static defenses, but rely on parrying and evading blows before counterattacking. Most of the their attacks are close range, and they require Sword Chi to use their abilities. They need to switch between combat stances, each of which have unique sets of skills, for maximum effect. 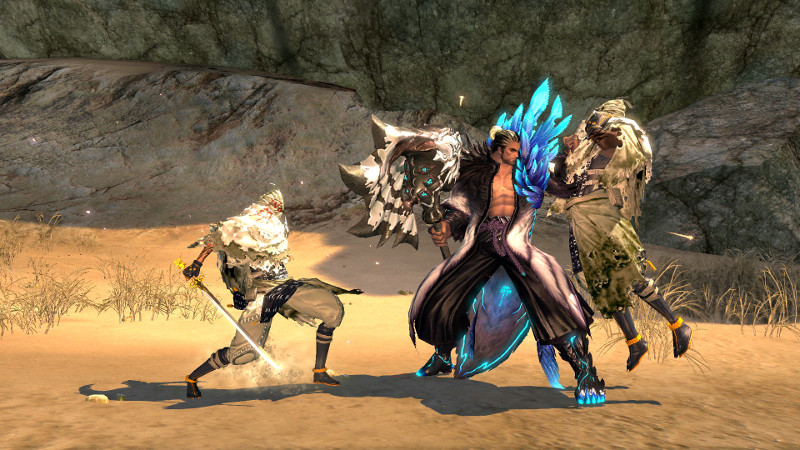 Just like it sounds, the Destroyer is a brute force specialist. They wield large axes and have very high defense, making themselves the biggest threat on the battlefield to draw the enemy's attention. Destroyers have the unique ability to grab enemies and use them as weapons by throwing them at the enemies left standing. It's is a more forgiving class for new players, but they’re a great addition to a group since they allow other classes to deal damage without worrying about getting hit. 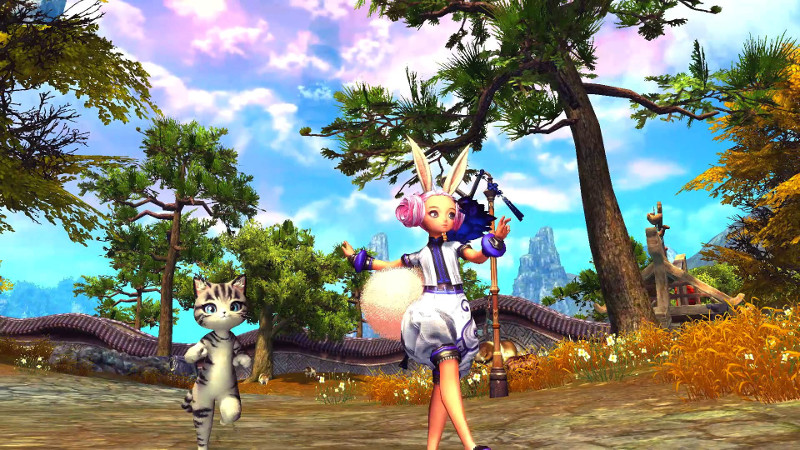 The Summoner class works together with their summoned Familiar as a team. The Summoner sends their Familiar into the heat of battle, while the they support their Familiar from a safe distance. They can even steal health from their opponents to help keep themselves in the fight longer. On top of that, the Summoner and their Familiar can revive one another if one goes down in battle, making it a good starter class since it has a lot of survivability. 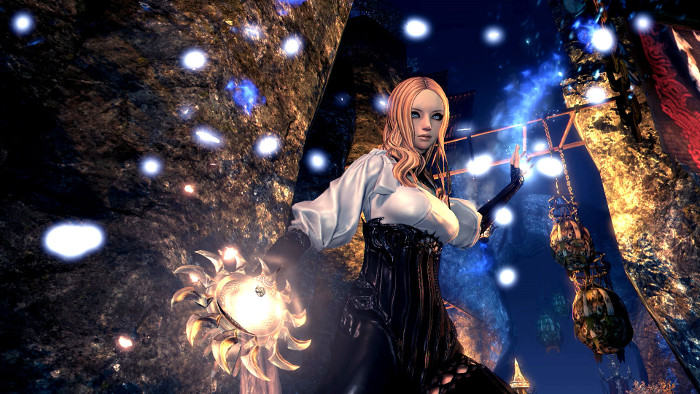 The Force Master is the only class to focus exclusively on long range damage, switching between fire and ice abilities to bring down their enemies. Fire abilities deal pure damage that increases with repeated attacks, while ice abilities help them to raise their own defenses and control the large groups of enemies on the battlefield This class has lower defense than most classes, so positioning is very important. 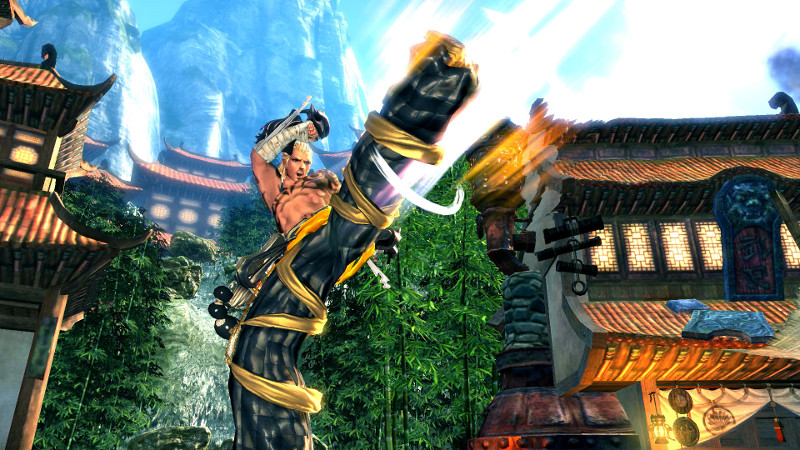 The Kung-Fu Master is the most technical of Blade & Soul’s classes, and is not recommended for new players. They're able to switch between an offensive and defensive stance quickly, which requires keen timing as their primary strength is the ability to stop attacks, divert them, and then counter-attack with rapid speed. They must utilize combination attacks to reach their full strength, and are most effective against single opponents. 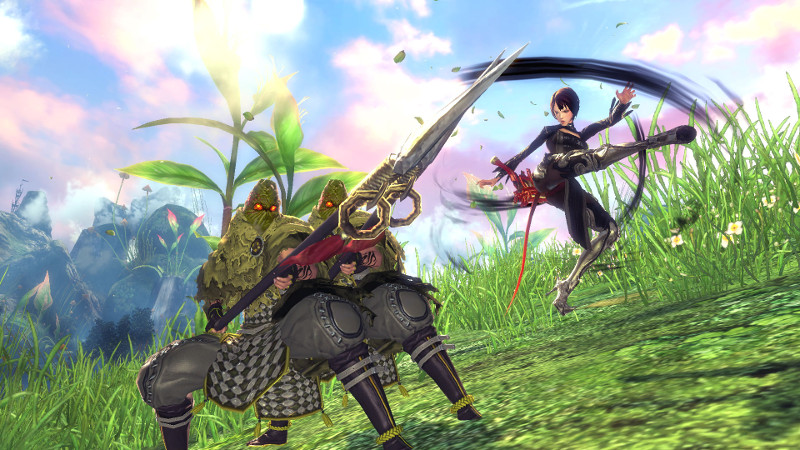 As you might expect from the name, Assassins work best when stealthed. Assassins are armed with short swords or daggers, but are also prepared with explosives and traps for a variety of situations. They need to fight at short range, but are able to slip in and out of combat. It might be a little difficult for a first class, but they have a variety of skills to damage and debuff their enemies (lower an enemy's stats or give them a status condition).

Alka from the anime adaptation of Blade & Soul is an assassin. 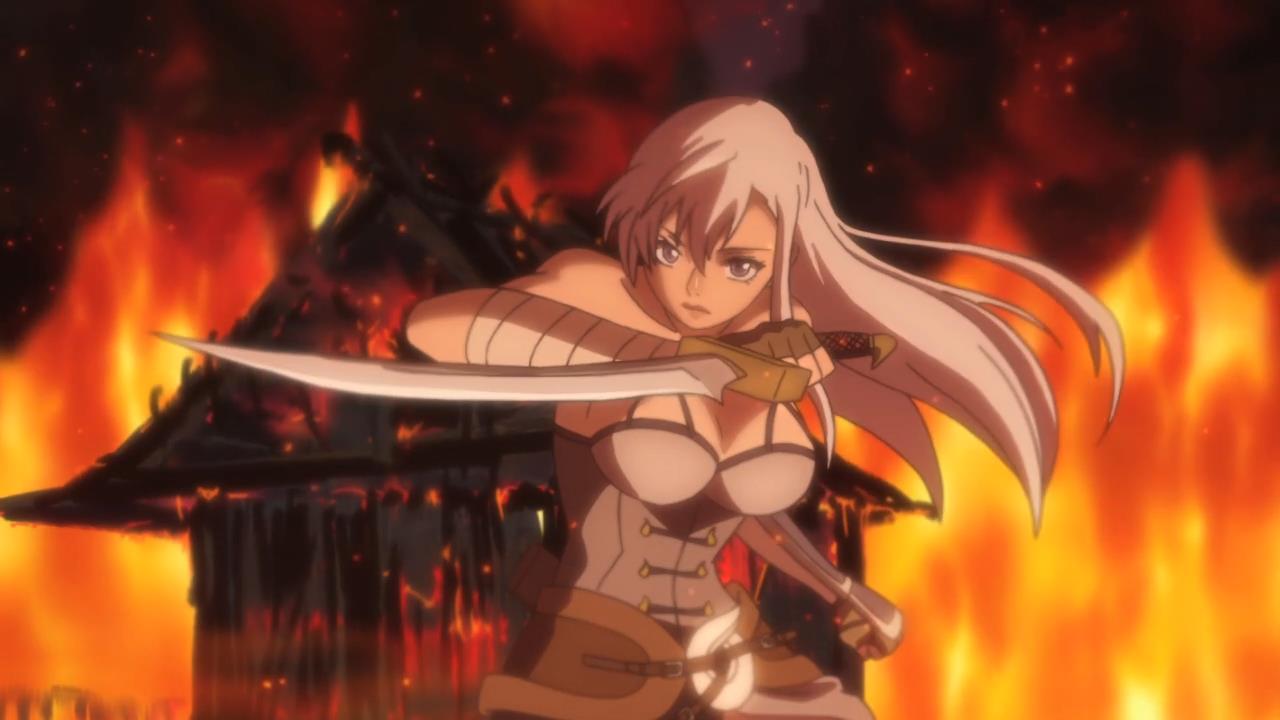 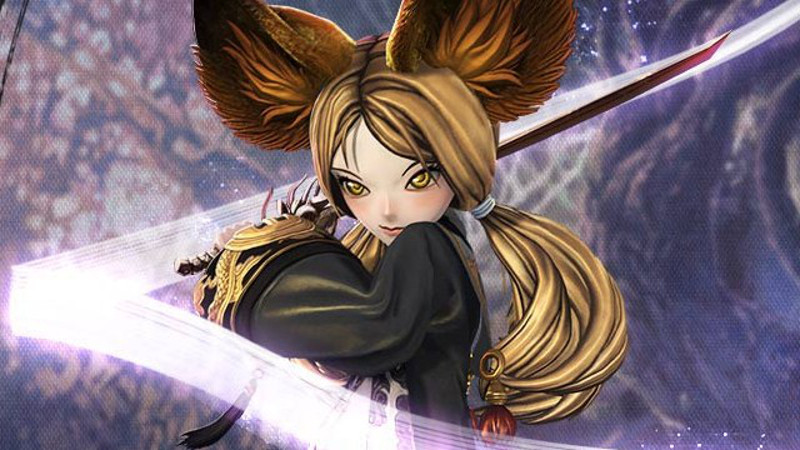 Available only to the Lyn race, the Blade Dancer mixes short range sword skills with the mystical abilities of the Lyn race. The Blade Dancer has low defense, but makes up for this with quick movement, quick attacks, and battlefield control abilities. Blade Dancers have to keep a close eye on their resources and positioning so that they don’t get overwhelmed. With abilities for a wide variety of situations, this class is a great asset to any group.

Those were the classes and races of Blade and Soul! There’s a style to suit just about everyone, and hopefully you have an idea of what you’d like to try once the game releases, now that you've seen them!